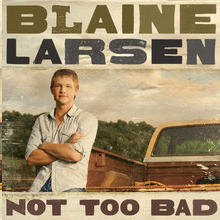 Hardly a ringing endorsement, I know.

Ogryn aren't the most competitive option in the Imperial Guard codex. If you're going to a tournament, you're probably better off with VAVOOM - Vendettas and Veterans with Ouchie Ouchie Meltaguns.  They're not "optimal" in the mech&melta world, but they sure are fun.

Who are the Ogryn?

Ogryn are abhumans, an offshoot of normal humanity.  The Imperial Guard uses them for their brute strength and durability, and you can too!


GW makes official Ogryn models, and IMO they're fine.  The only issue is that being large metal GW models, they're pretty expensive.  If the cost doesn't scare you off or you can find a deal, go for it.  With a little work, these can be converted too, like those at Heresy Workshop that were converted to fit in with the wonderful Forge World Renegade Ogryn.

For those looking for plastic figs and a somewhat lower cost, many turn to WHFB Ogres.  One box of Bulls and one of Ironguts or Leadbelchers and you've got ten Ogre bodies and various bits and bobs to work with.  Add bits and greenstuff work as desired.  Some examples:

-A squad of Praetorian Ogryn built by Col. Gravis

-Some wicked dudes from The Brush Squig

-My own Scythiak Ogryn.  Part One and Part Two

Ah, here's the tough part.  I'm going to approach this from the standpoint that you've already decided that you're going to run Ogryn, so discussion about if they're worth it or better choices are moot.  The big guys are going to hit the table, so how should we use them?

The Basics - The big claim to fame for the Ogryn is their durability, Toughness 5 and 3 wounds, though they still have a regular guardsman's 5+ save.  Five and three are popular numbers for Ogryn, with S5, 3A, and a S5 3shot gun too.  Shoot as well as a regular guardsman, fight as well as an Ork or Marine.  They also have Furious Charge and are Stubborn.

What they're good at - You want these guys stuck in - shooting their Ripper Guns and bashing heads in with Assaults.  Neither their guns nor their CC attacks ignore armor, so the weaker the target, the more they can bully them.

Their problems - Sometimes the enemy doesn't come to you, so you have to go across the table to them.  Squads of six or less can take a Chimera, though you'll want to be sure to time disembarking right since you can't assault out if the tank has already moved.  Ogryn are also unfortunately forbidden from being carried by Valkyries or Vendettas, so that's not an option.  Walking is the other choice.  T5 will protect them to a degree, but try to get cover as much as you can, either from terrain or by spreading out tanks or infantry in front of them as you approach.  Leadership is also "low" (with Bone 'ead it's the same as regular guard without sgts), but is Stubborn.  Attached characters, standards, and generally trying to avoid having to take tests in the first place help minimize Ld problems.

--Counterattack - Support for a gunline, probably a smaller unit (3-6) to keep costs down.  Either kept nearby your shooting squads or kept in Reserve to come on when the enemy has gotten closer or hopefully react to enemy Deep Strikers/Outflankers.  Even if they don't halt the threat completely, hopefully they slow it down enough to give the firebase another round of shooting.

--Attack Support - 5-6 in a Chimera, supporting other Chimera units moving up.  Five can shoot out of the Chimera hatch (15 S5 shots are nothing to sneeze at) and when the time is right come out and play.

--The Main Event - A big squad, ten if you can get 'em.  Intended to be run up into the enemy's business.  It's a big investment, so you'll probably want to spend a little more to protect them, so a screening squad is a good idea.

Combos - If you're using Ogryn for either of the first two uses, they probably don't need any extra special support.  With a "The Main Event" type of squad though you'll want to be sure to protect your investment and get the most out of them you can.

Company Command Squad:  A regimental standard nearby will help the Ogryn stick around, with morale re-rolls.  They can also issue Orders to the Ogryn, which can be handy sometimes.  Bring it Down making those Assault 3 Strength 5 Ripper Guns twin-linked can make a nearby Monstrous Creature or weak AV nervous.  Fire on my Target makes the Ripper Guns even more dangerous against lightly-armored targets in cover, and Get Back in the Fight is handy to rally the Ogryn after a bad morale check.  In certain circumstances, a Company (or Platoon) Command Squad could also issue Incoming! to an Ogryn squad in cover, making them stupidly hard to take out with shooting.

Lord Commissar:  Keep him nearby to give them Ld 10, and it's unlikely that the Ogryn will bail on you.

Primaris Psyker: Attach for a Ld boost, and his Nightshroud power can reduce some of the incoming shooting.

Creed:  His special order can give them Fearless for a turn, and he can also give them Scouts - either letting you scoot a little closer to the enemy or letting them Outflank.

Straken: Can give them Counterattack, which should help if the enemy gets the first assault in.

Yarrick: Tough enough to hang with the Ogryn in a CC, can make them Fearless and let them reroll misses when they charge, plus his power fist is handy to have around.  With Eternal Warrior, he could also be a good place to drop the stray S10 shot that would otherwise instant kill an Ogryn.

Al'rahem: The timing and positioning could be tricky, but in the right circumstances Like the Wind! would let the Ogryn shoot AND move a d6" and still be able to assault.  Could be very handy if need to be sure you can get to that unit in cover or hit someone normally out of charge range.  Not something to count on, but if you're taking Al'rahem anyways something to keep in mind.

While most would consider them an anti-infantry unit, they can do a number on vehicles in the right situations.  A bucket of S5 shots vs. AV 10 or even 11 isn't bad, and an even bigger bucket of S6 attacks on the charge can do a number on weak rear armor.  If you can get an Ogryn squad up to a parking lot, they'll do some serious damage.

Make use of their durability.  While frequently you'll want to try to screen them, sometimes it will be more useful for them to return the favor.  Let them screen the more fragile scoring Troops on an objective, or provide cover for a tank.  Don't be afraid to fire blasts/ordnance near them as long as it isn't S10 - scatters may cause some wounds, but without instant death the risk shouldn't be too bad, just be careful of pinning.

Ten Ogryn charging 30 Slugga boyz with powerklaw nob:  30 Ripper Gun shots - hit 15, wound with about 10, assuming a KFF save, 7 die from shooting, 23 Orks left.  Ogryn strike first due to Furious Charge with 41 attacks, hit with about 20, at S6 say 16 wound, 14 more Orks die.  Eight remaining sluggas and PK nob swing back, 24 regular attacks, 12 hit, 2 wound, maybe one save so 1-2 wounds on an Ogryn.  Nob swings three times, hits once or twice, wounds once or twice, does another 1-2 wounds.  End result Ogryn win combat by about ten and the remaining Orks are almost certain to break, loss of one Ogryn.

Ten Ogryn charging 50-man Guard blob, 5 sgts with power weapons, Commissar with power weapon:  Again 30 Ripper Gun shots, 15 hit, about 12 wound, 8 die, 43 victims left.  Ogryn and guard strike at same time.  Ogryn hit on 3+, so hit about 28 times, wound about 23, about 15 guard die (28 left).  Meanwhile 37 guard attacks and 18 PW attacks, netting about one dead Ogryn.  Guard lose big, but with Commissar likely hold firm.  Next round guard strike first, do 2-3 wounds after everything, let's say three, removing another Ogryn.  Eight remaining Ogryn hit back with 25 attacks, 17 hits, 14 wounds, 9 more dead guard, 19 left.  Soon the hits will have to start being allocated to the sgts, and once they start failing saves it goes downhill even faster for the guard blob.

So - I'm not endorsing that you use them in "competitive" events or anything, but if you do decide to use them, hopefully you can make the most of them!

edit: Also check out these from Olleys Armies for that old-school vibe.
edit: Another Ogryn ripper gun tutorial from Miniature Wargame Conversions

Posted by sonsoftaurus at 1:16 AM