Mini-review: The Siege of Castellax 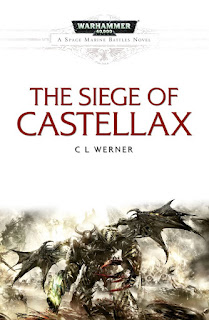 I just went through C. L. Werner's The Siege of Castellax.  It's a "Space Marine Battles Novel", though that's a bit of a stretch as the only Space Marines involved are of the traitor variety.

The basic plot is that the Iron Warriors-held world of Castellax is invaded by a horde of orks.  Mayhem ensues.  Orks and Iron Warriors, how could I resist?  I went through it pretty quickly, and it was a good read.  Not as deep as some of the better Horus Heresy books, but it wasn't meant to be - it's an action story with two bad guy factions slugging it out and it does that pretty well.  Some deeper themes are hinted at, various kinds of loyalty and duty vs. survival and self-interest, and I would like to see what Werner could do with a story that would let him explore deeper things a bit more, like one of the upcoming three thousand further Horus Heresy novels.

In my view, the orks come off better in this.  Their betrayals of each other are just matter of course orkiness, like bombarding places they know their own troops are.  That's just what orks do - they expect it, they would do it themselves, no hard feelings.  The Iron Warrior betrayals and infighting really bring them off as petty and counter-productive even as they try to frame themselves as superior to the millions of humans they dominate.
There was one really good line.  One Iron Warrior addresses another who has recently returned to the fold after a long, enforced absence.  They discuss their mutual thirst for revenge, and the Iron Warrior asks the returnee - "Who do you want revenge against?"  The reply - "I haven't decided yet."  Also it was a nice touch having the product of a certain underground factory be colored green.

There were a couple of parts with questionable distances - a guy runs away, and in moments is two thousand meters away - and gets shot by someone he fled from.  Both normal humans.  Another time they are able to clearly make out what's going on under a streetlamp twenty-five hundred meters away, seeing uniform details, etc. without magnification.  Definitely read like there was a factor of ten error going on there.  Maybe a result of an American author writing in metric.

Overall a good read, shows what jerks Chaos Marines can be and how ludicrous and awesome orks can be.

Posted by sonsoftaurus at 7:33 PM No comments: 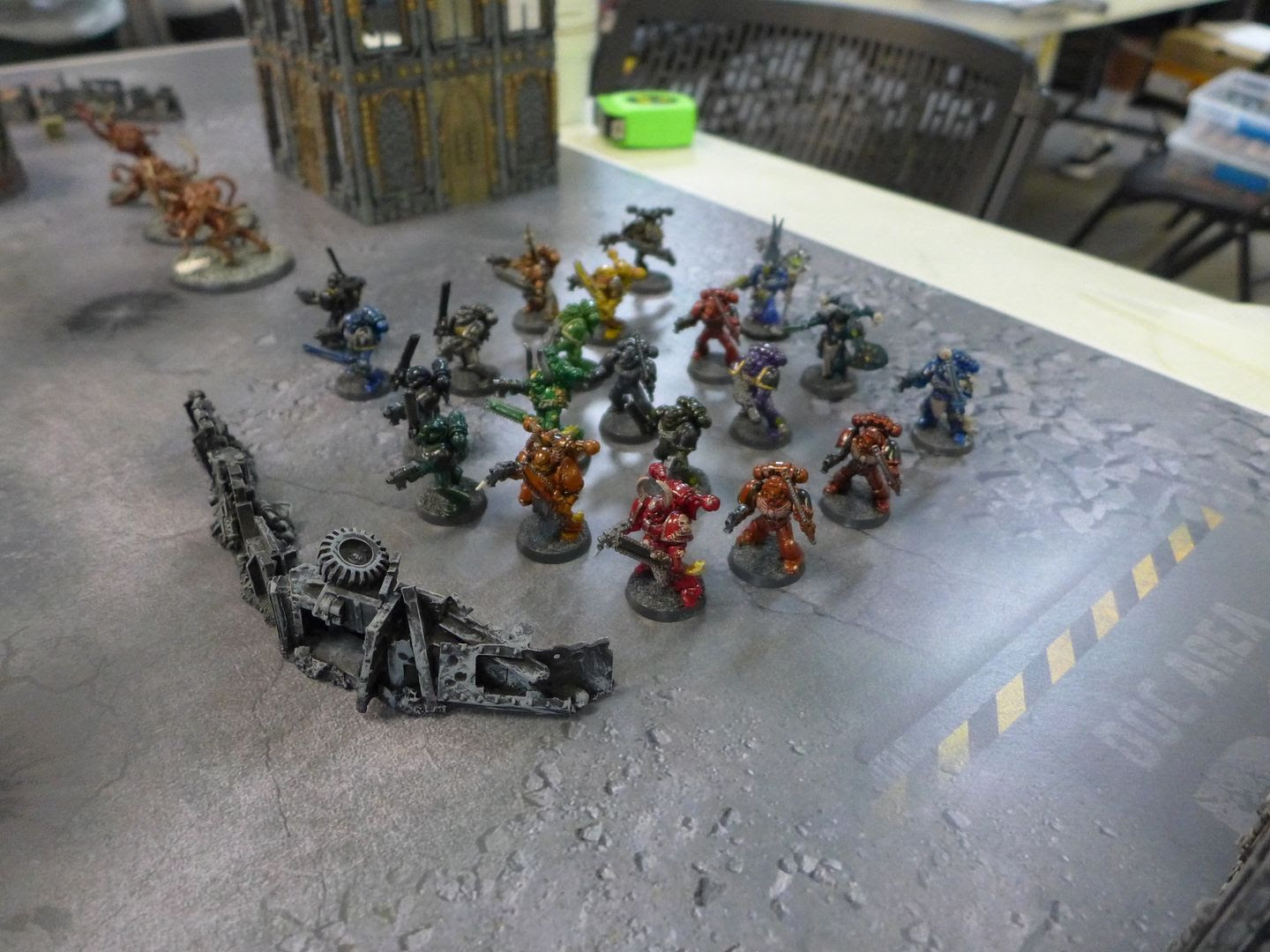 We have a new league gearing up at Gaming Underground, with various upgrades available for your warlord over time.  We had some pre-season games today, with my Endless Ones against Leonard's Orks and James' new Grey Knights against Solomon's traitor guard.  Above my sorceror Barbatos deploys with the Wild Bunch mixed renegades to assess their worthiness first-hand.

Read more »
Posted by sonsoftaurus at 5:04 PM No comments: 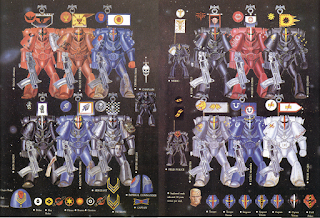 Some random updates and thoughts, not enough in any one for a full post at this point:

We're getting ready for another escalation league, still on the fence on what to bring.  Will probably end up with Endless Ones as I should be able to go all the way to 2000 without having to make anything new.  May still end up with Space Sharks, though I will need to add some to reach 2000, if I backburner other things/put them in the mix I should be able to do them in time (eviscerator, eight bikers, two attack bikes).

I've got the new Space Marine codex and have looked through it but haven't delved deep into it.  Partly because it isn't that deep.  Little has changed, and from my perspective too little to really justify a full new book.  Some things I hoped for like adjusting things like Thunderfire cannons more expensive didn't happen.  While there were minor tweaks, really they could have just put out a $20 book of Space Marine formations.

I've been thinking of trying some retro-40K, taking things back to a somewhat simpler time without layers of rules on top of one another, superheavies, etc.  To that end I've been floating the idea of an event/league/campaign using 7th ed core rules but 3rd ed army books and FOC.  It's starting to get a little more traction, we'll see if it gets going. 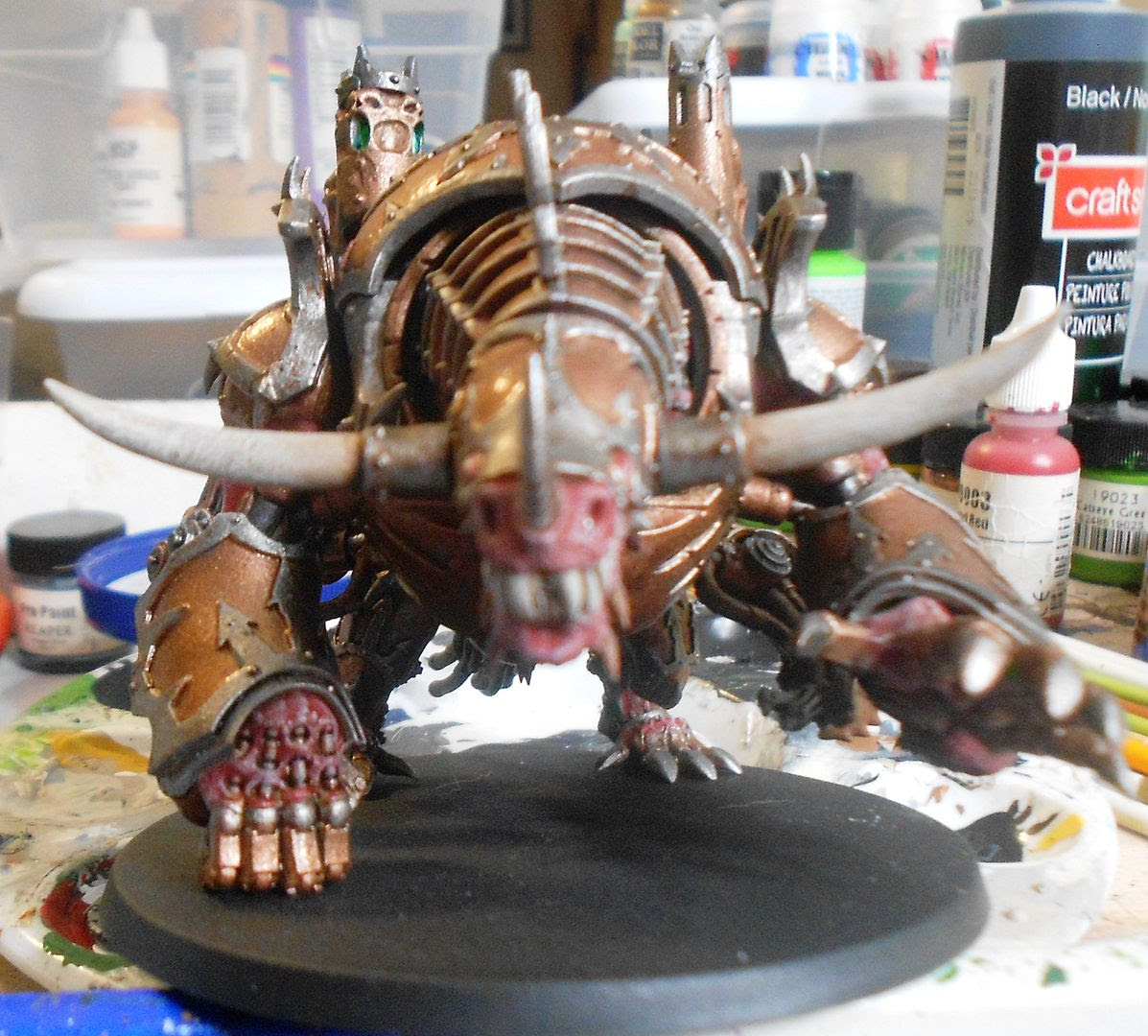 Got the painting for the maulerfiend pretty far along. 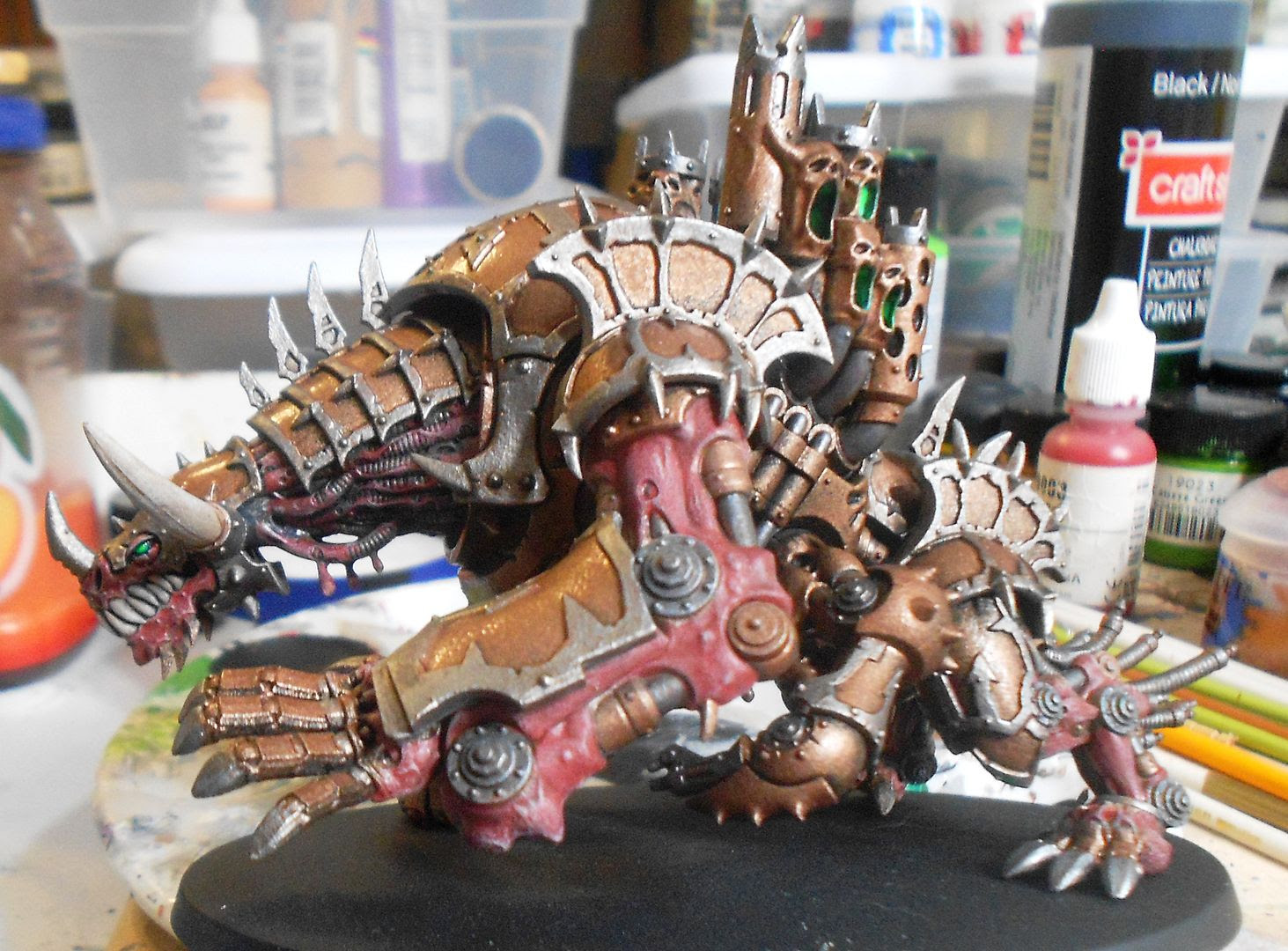 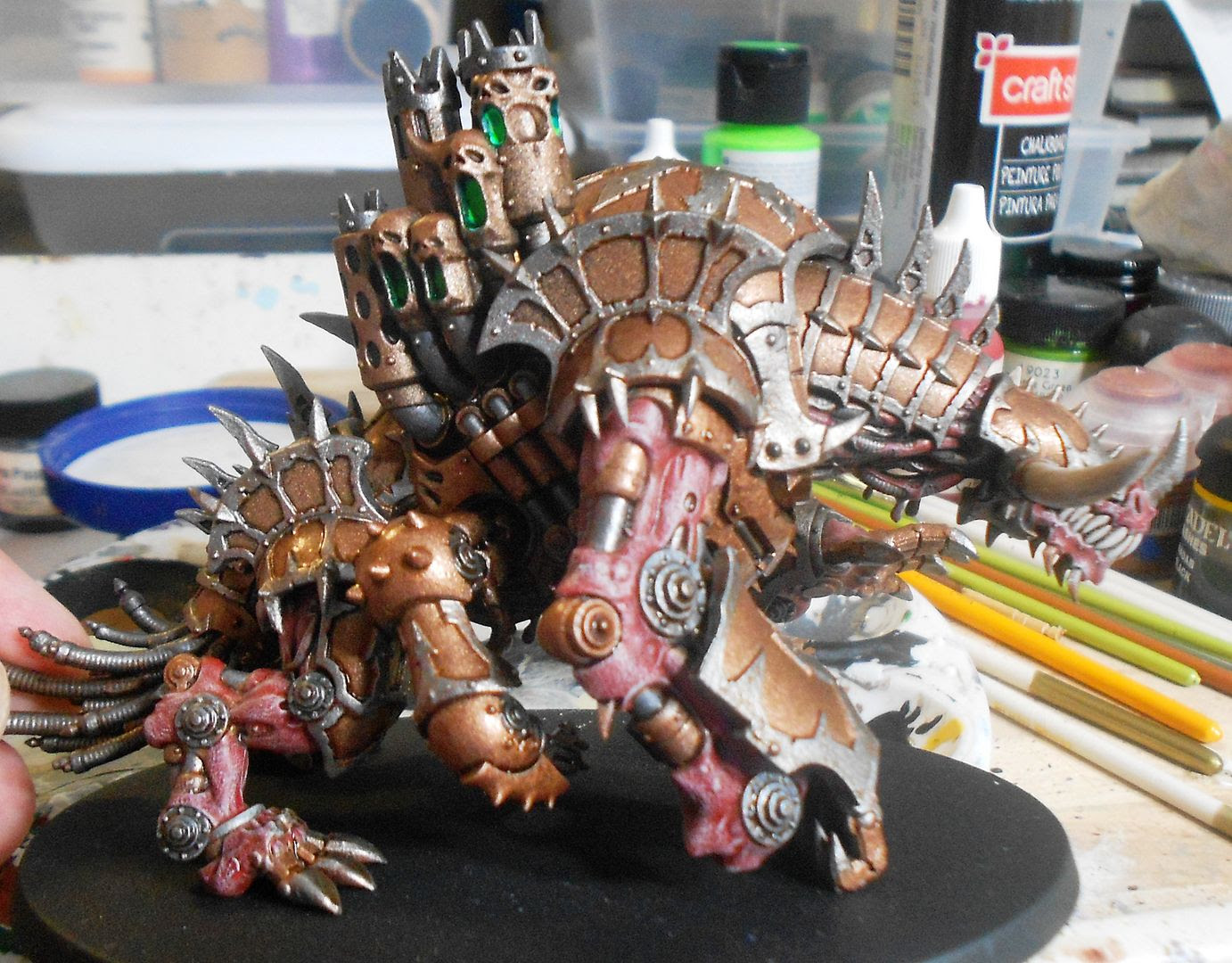 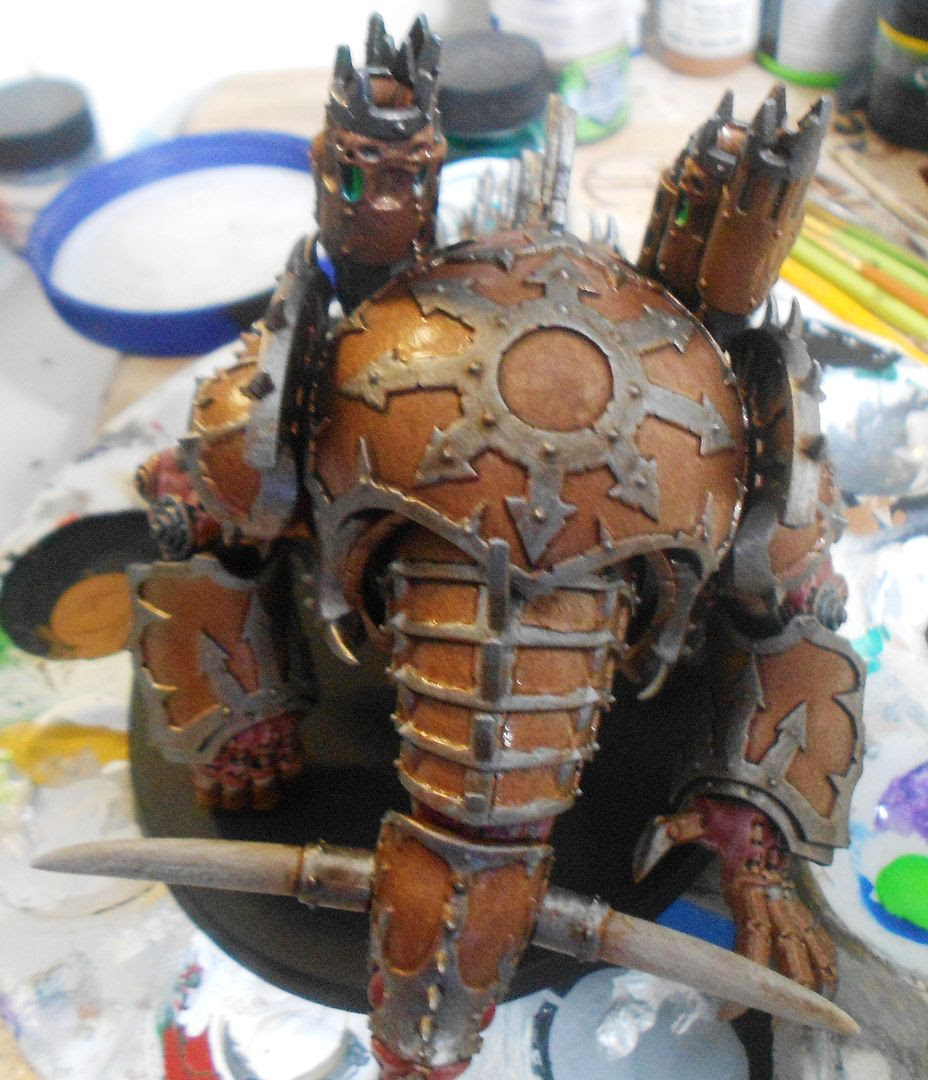 And with his dreadnought buddies: 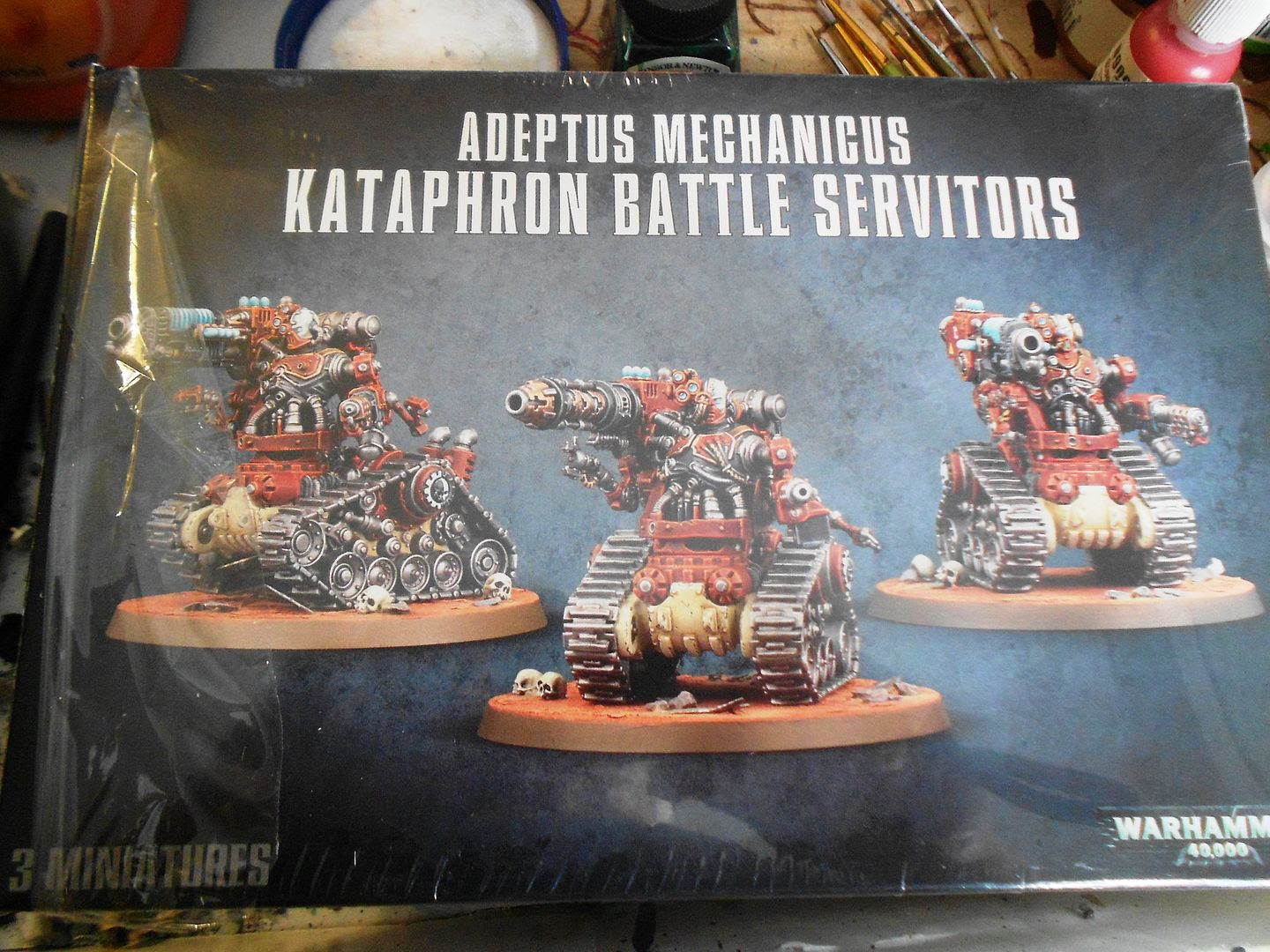 I also picked these up to turn into something else, long-time readers can probably guess.

Posted by sonsoftaurus at 7:45 PM 4 comments: 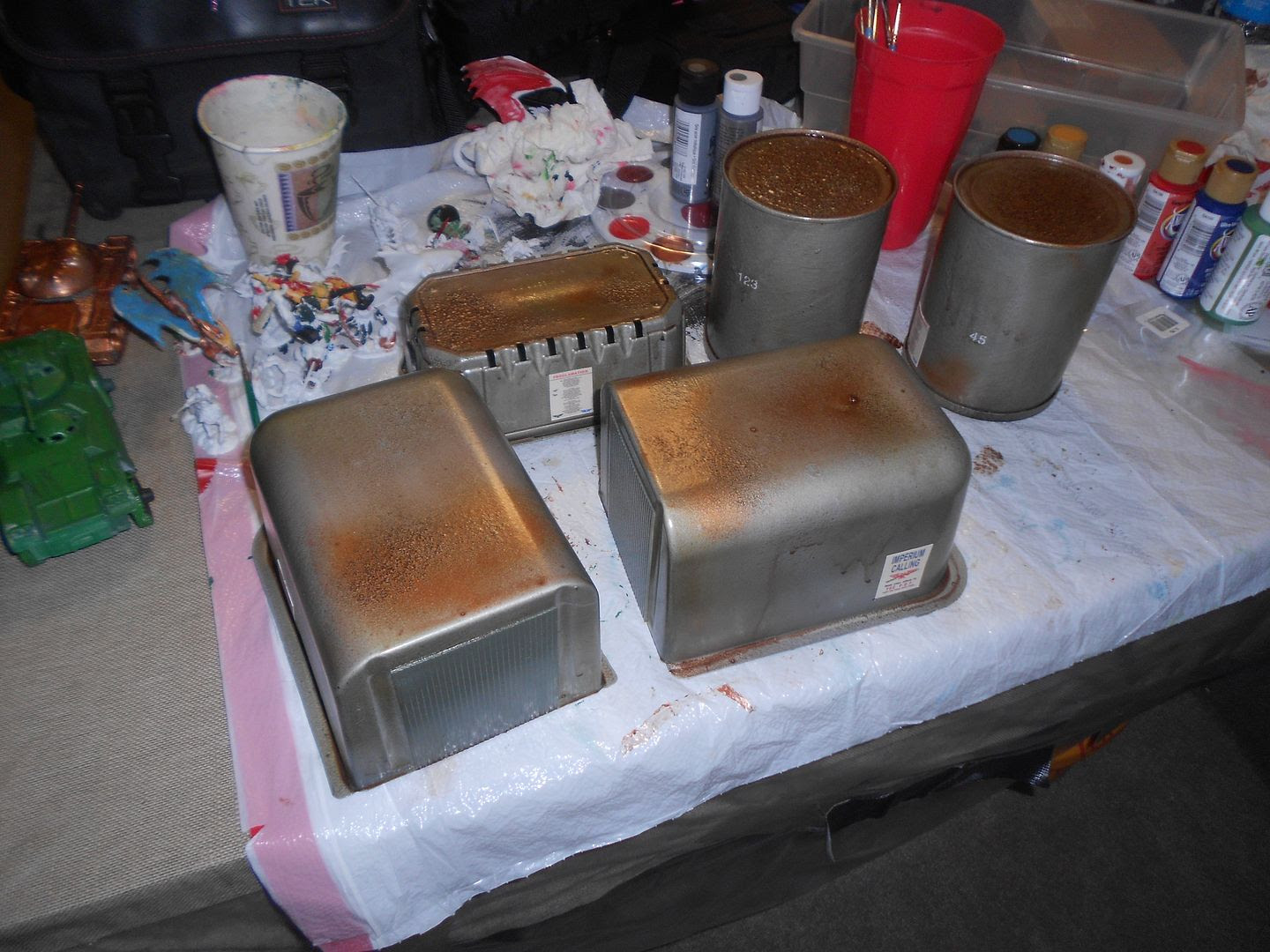 Another local store is looking at carrying 40K/having games played there, so I knocked out some donation terrain in between working on Sons of Taurus models, namely the Maulerfiend and Vindicator. 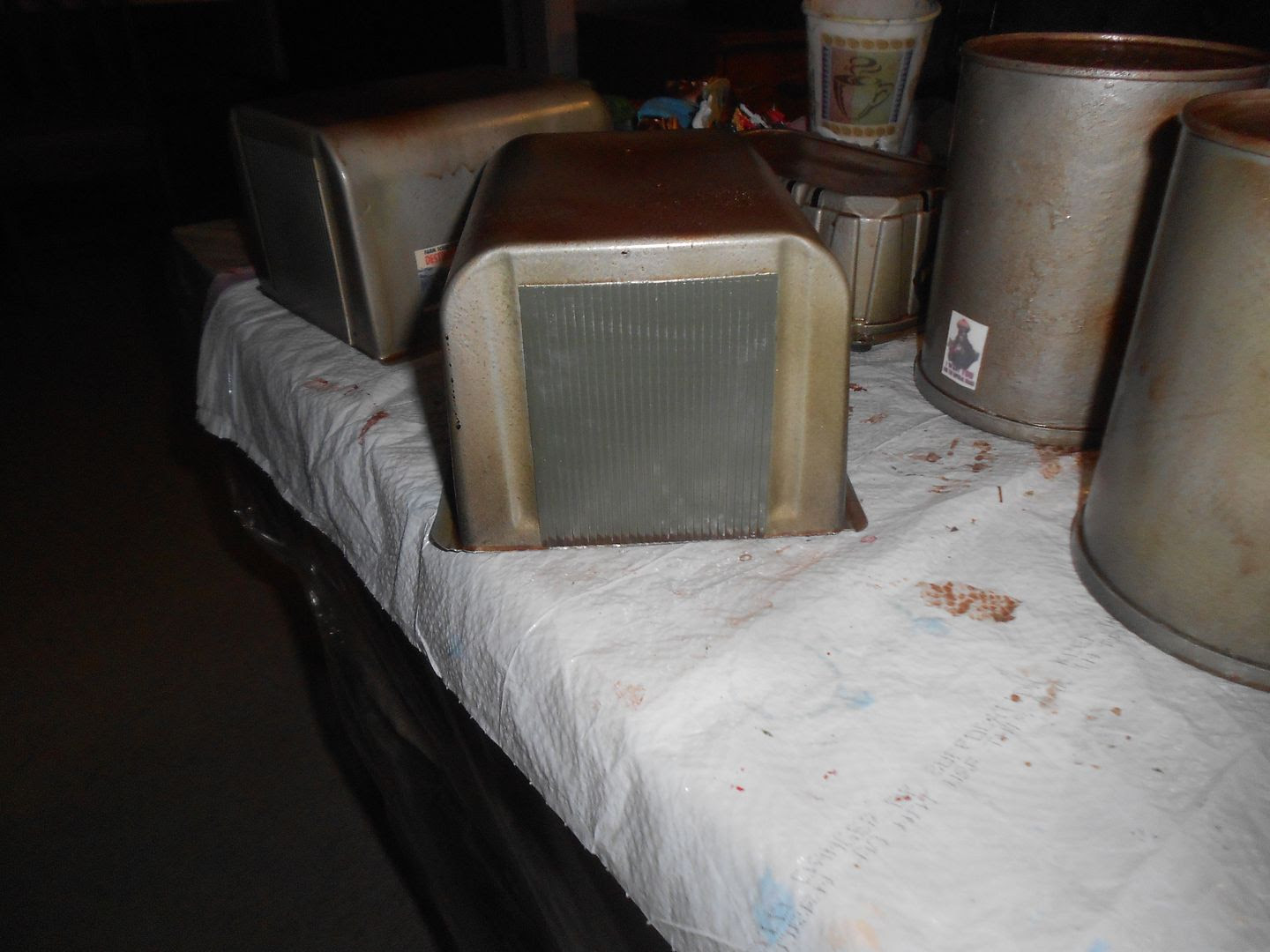 Wonder what's inside.  Which makes me think that a 40K version of "Storage Wars" could make for an entertaining scenario.

Posted by sonsoftaurus at 8:58 PM 2 comments: