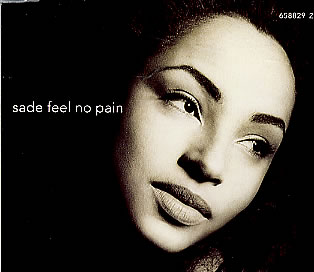 FNP - Feel No Pain.  A little Universal Special Rule that gives you a second chance against many attacks.  It's a potent little rule that gives models a good deal of extra survivability.  But is it becoming overused?

Like so many things that spread everywhere, it started out small, way back with (IIRC) Blood Angels Death Company in 3rd edition.  This really boosted the resiliency of these nutters, making them really hard to send to meet their Primarch.  Since then, like kudzu, FNP has spread far and wide.


(Along the way it also changed to be a little less potent, having more restrictions.)

It popped up in the Chaos Space Marines 3.5 codex for Khornate Champions.  There was also the similar, but not identical, We'll Be Back roll for Necrons, which gives an extra 4+ to survive, subject to limitations.  Since then the spread quickened, showing up with Plague Marines, Space Marine Apothecaries, Ork Painboys, Imperial Guard medics, as well as some characters that could benefit.

Not content to be a unit property or conferred upon a specific unit, Feel No Pain hit the fast lane with the ability to be tossed around to other units, with the Tyranid Tervigon being able to imbue FNP onto a unit of its choosing, and the Blood Angel Sanguinary Priests' bubbles that effect any unit with a model within the radius.  Along the way, more individuals with FNP also appear, like Space Wolf Lone Wolves, and now Dark Eldar come along with the potential for army-wide FNP through Pain Tokens.

How long will it be before the number of non-vehicular units functioning under FNP will outnumber those without it?  When they want to make something tougher, can't GW come up with something else?  Does everything have to be tougher?  If not, maybe things can be dialed back a little.  If so, maybe the solution should come in dialing down the offense that requires the extra defense, instead of adding more defense, which requires more offense to overcome, etc. etc.

What do you think?  Is there too much Feel No Pain?  Not enough?  Just right?  If you could start it from scratch, what units would you restrict FNP to?


Edit: for some other recent thoughts/rants about FNP, check out Old School Terminator and Gothmog.


Posted by sonsoftaurus at 8:00 AM