Yesterday on our campaign day, I got in another game against Rob, one of the other IG players in the campaign.  Last time we played I got a string of good rolls in and took out his various vehicles.  This time I was not so lucky, and his armored force gave the Scythiak a good drubbing.  We did Annihilation/Dawn of War, and I had a hard time of it getting across the table to try to deal with all the armored firepower.  I took out a number of squads, killed one tank and did damage to several others, but in the end couldn't catch up on Kill Points.

Some shots from our game: 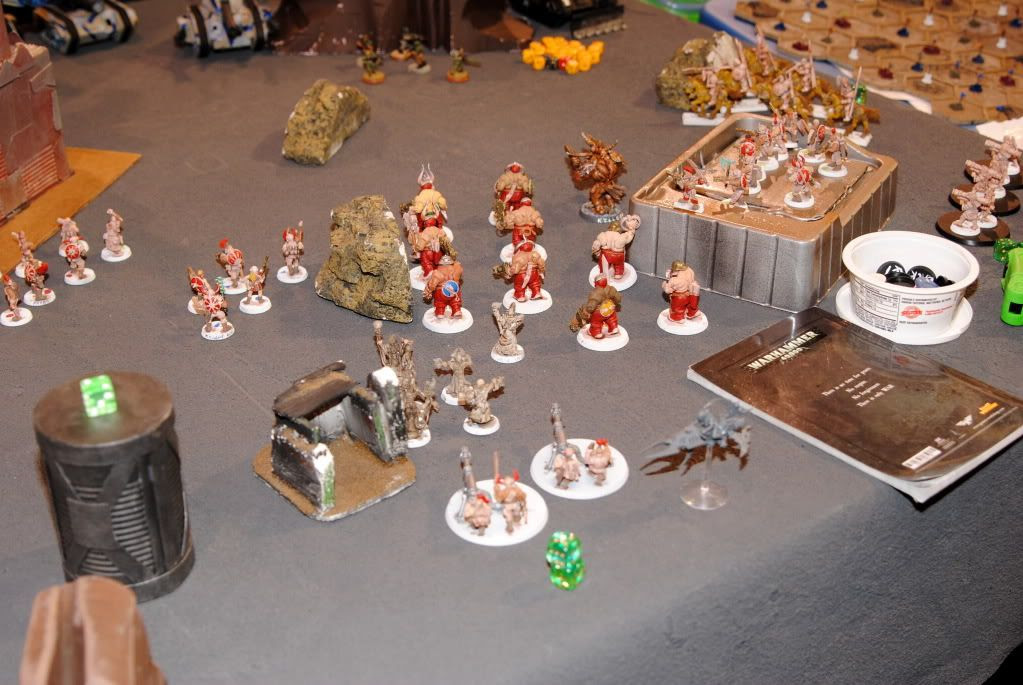 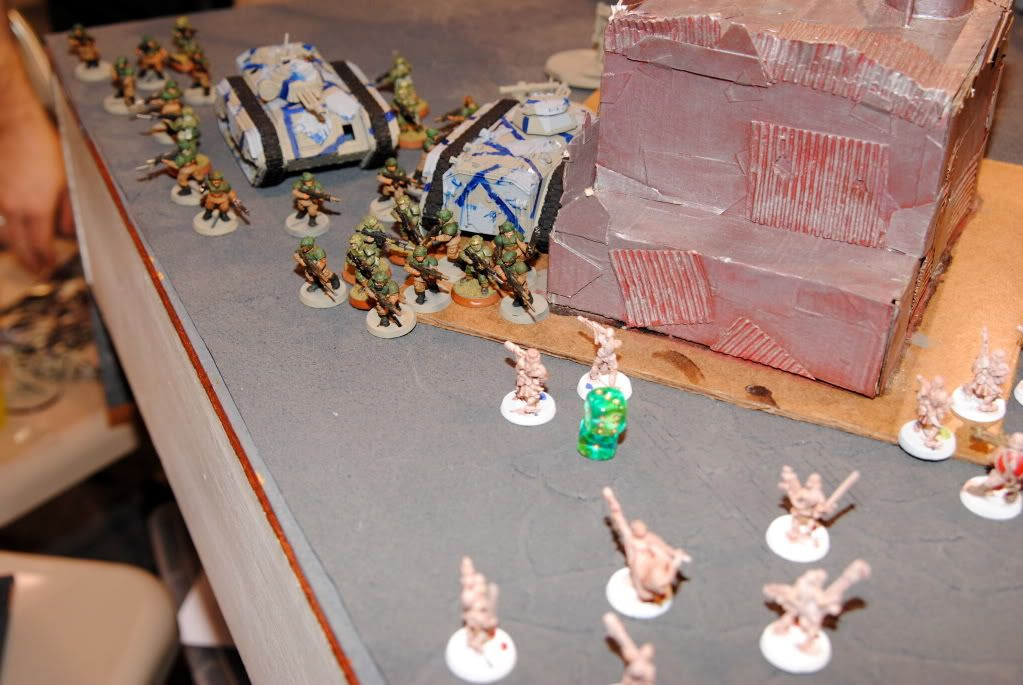 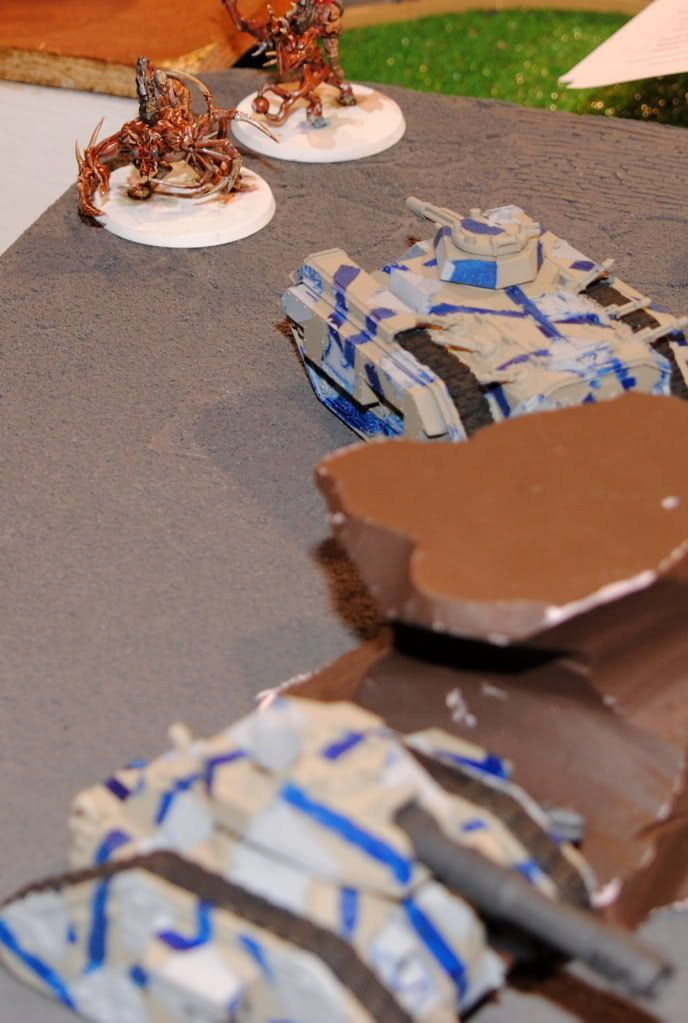 We were playing on a Zuzzy Miniatures mat that Rob had recently bought.  I've been looking at these before, and was recently seriously considering getting the exact type of mat Rob brought along (the Broken Blacktop mat) so I was quite pleased getting to see one up close and play on it.  I rather like it, and will have to pick one up for myself in the near future.  It looks pretty good as is, but will look fantastic painted up.  Being a rubber mat, dice rolls on it were very quiet, and bounced around a good bit, so if bouncing dice are a deal breaker for you, reconsider this product or get a box or something to roll in.  If it doesn't bother you, I think this would be a great way to get a good looking transportable tabletop.

Here's a couple of shots highlighting the mat: 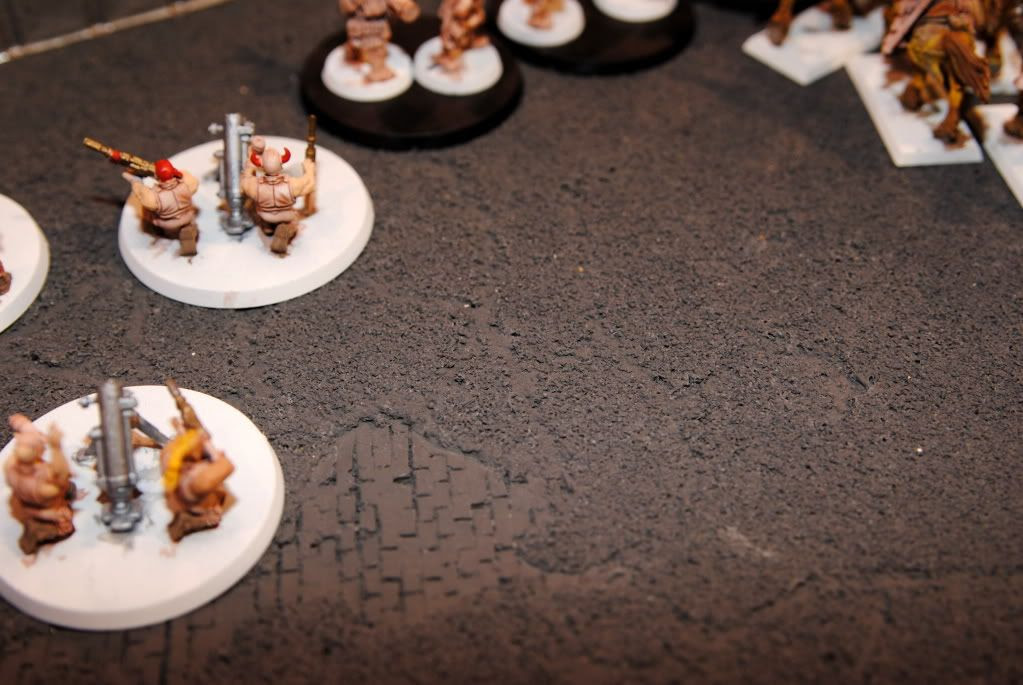 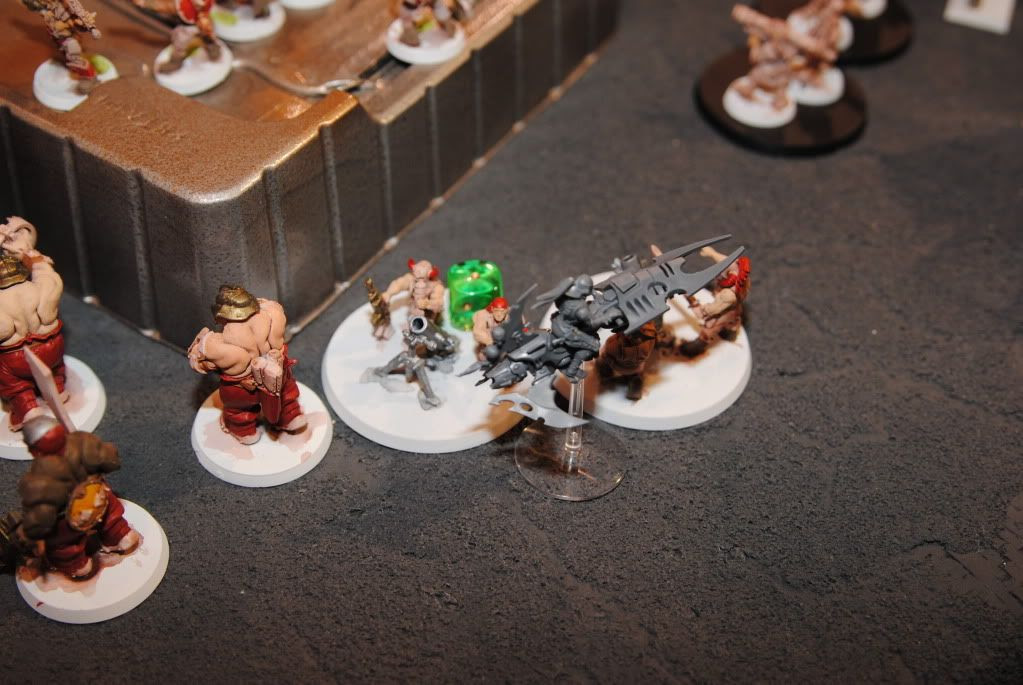 Johann brought in his scratch-built Dark Eldar fighters/bombers, here's a shot of one of those:


And lastly a treat for Loquacious (and everyone really).  I had just mentioned Alex's Black Templars here the other day, and lo and behold (so behold Lo!) he shows up in the store!  The power of blogging!  Hmm, I also find huge sweepstakes prizes and other financial windfalls interesting.  OK, we'll see if that works. 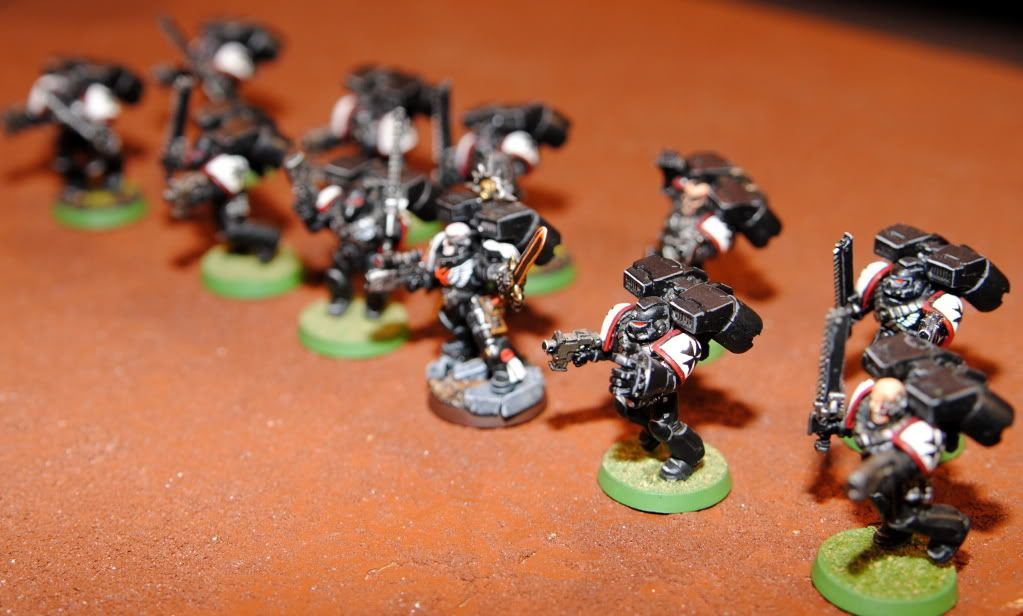 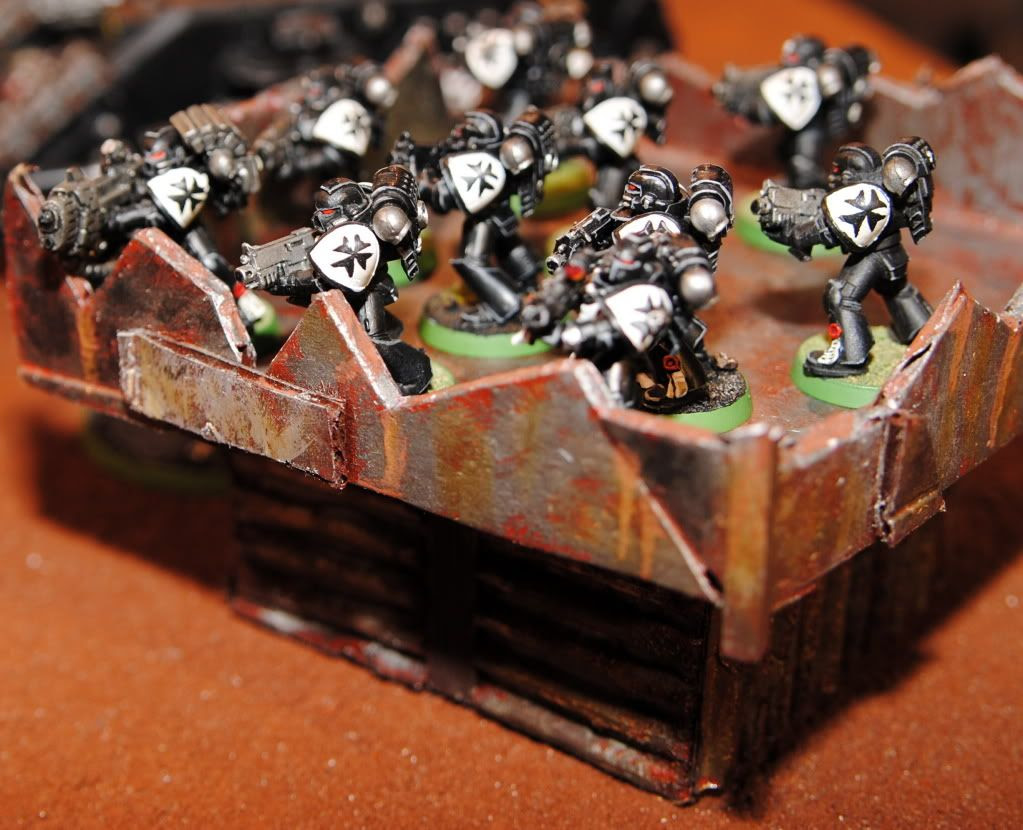 Also a quick plug at the end for one of our players who has started a blog - stop in at Ed's Eldar is Your Daddy for a helping of Eldar attitude.  We'll see if he can back it up!

Posted by sonsoftaurus at 1:00 PM