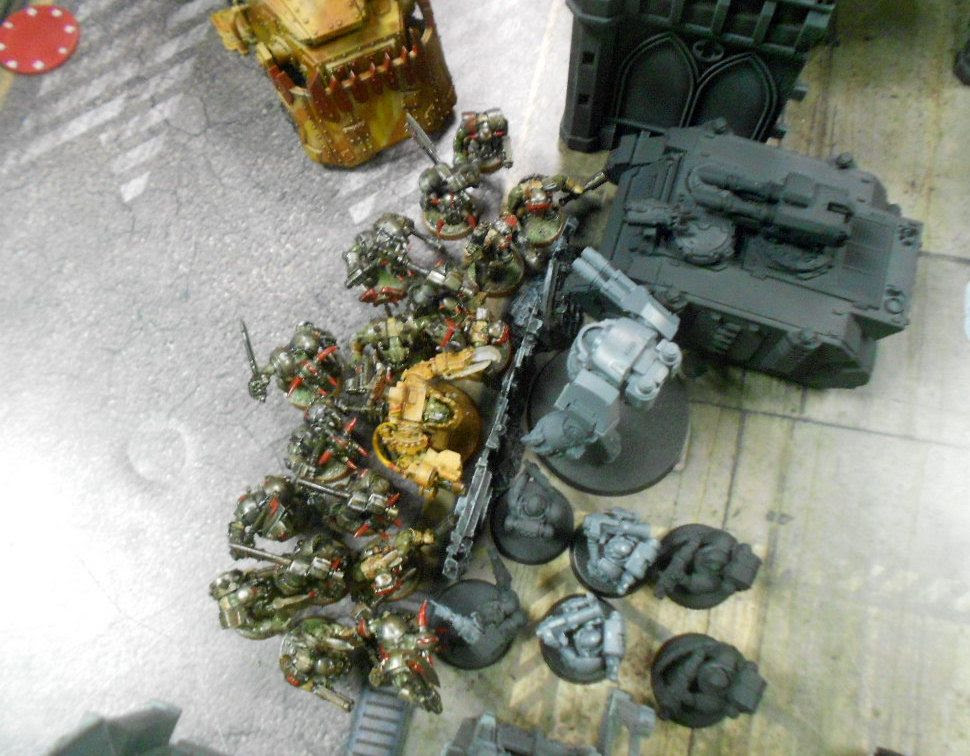 Imperial attacks, led by elements of several chapters of Space Marines - Mortifactors, White Scars, Salamanders and Blood Angels - have blunted the initial ork advances on Jornath and eliminated several of their leaders, though not without loss to the marines themselves.  A new ork leader emerges uniting several of the Blood Axe warbands and heads south, striking towards a highway that will lead to rich pickings.  Elements of the Salamanders are dispatched to defend the junction and stop the advancing orks with flame and fury.

The ork warboss, Donald J. Krump whipped his boyz up into a frenzy before sending them out.  "We goin over dere to fight da beakies.  I love da beakies, no one loves da beakies more than I do.  But these are terrible beakies, so we gotta krump em.  Den we get into da oomie cities and get some lootin on.  Da oomies love me, cause I'm gonna give all da oomies jobs buildin what we need to keep krumpin.  We're gonna build da Waaaagh - it's gonna be a bootiful Waaagh - they said we couldn't, so you know what?  Da Waaaagh just got bigger!  We're gonna build da Waaagh, and da Imperium is gonna pay for it!  Weze gonna make Gork n' Mork great again!"