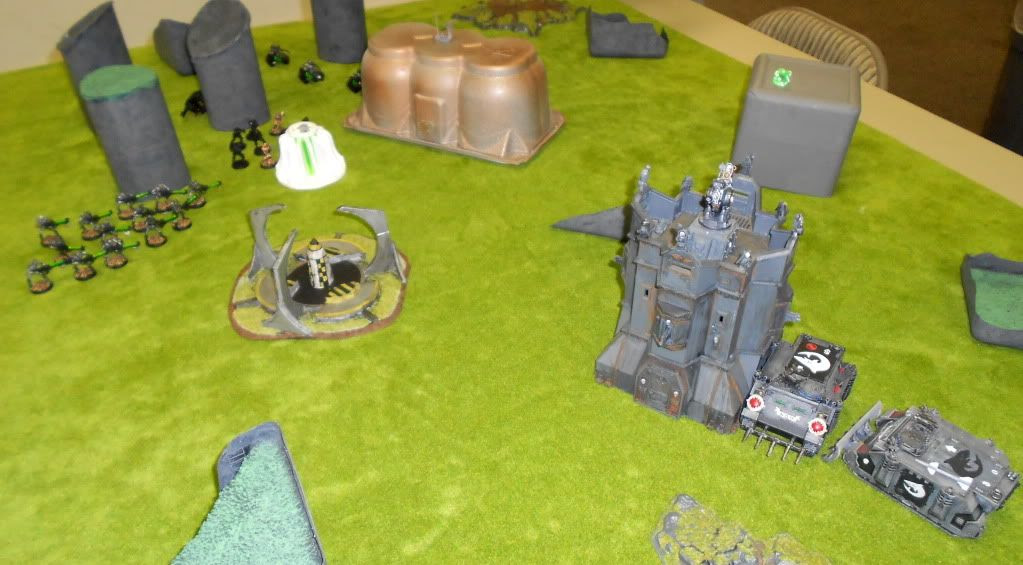 My friend John signed up for the 40K league at Gaming Underground today and we got in three fast games to get him his requirements for the month.  Fast and furious, so I'm not going to go into great detail, just a bunch of pics.  The new Necrons are tough, and it's hard to find the concentrated power at this points level to really knock out the bigger units.

Crons had 13 warriors, 9 flayed ones, three destroyers and a tomb spyder.  I think he's got a pretty good setup, with a good amount of shooting, a solid HTH response and some great durability. 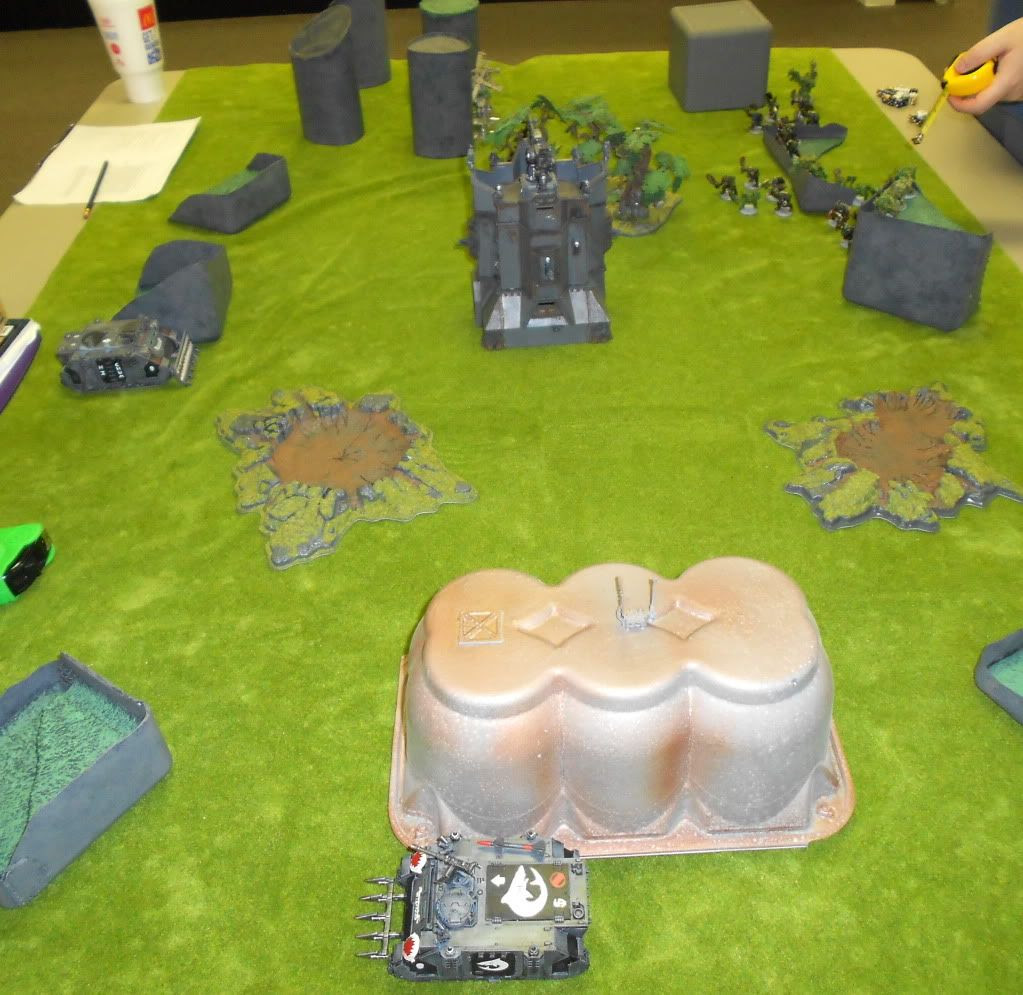 Game one vs. Leonard's Deathskull Orks.  Primary mission table quarters (for reference, the bastion is in the middle of the map), secondary mission kill points. 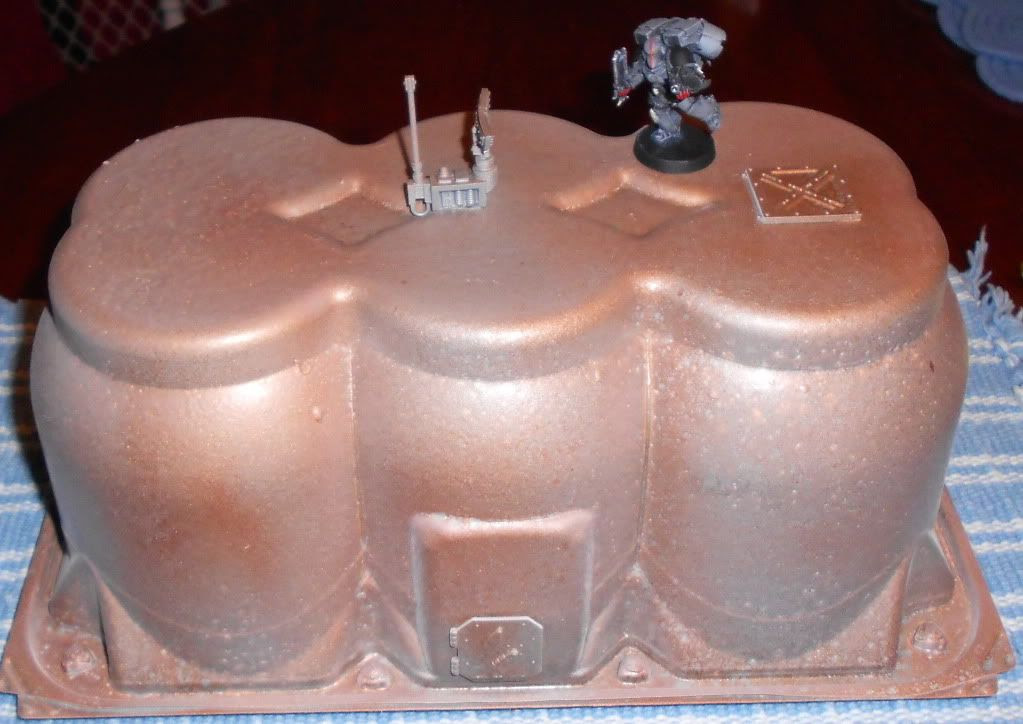 First of all, here's a little terrain piece I whipped up to leave at Gaming Underground.  Based on a Costco lettuce container, just a couple of hatches and an Apocalypse antennae glued on, sprayed metallic and rusty, sealed and done.

We had another big turnout for the league this week.  Almost everyone from last time returned and we had a few more players join in as well.

Kickstarter the wave of the future, or at least the future of the past? 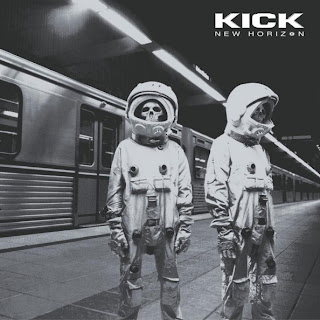 Kickstarter seems to be the new hotness, either for new products, like Zombiecide, or re-releases of old ones, like OGRE (and soon to come Car Wars).

There's a lot of junk on Kickstarter, as with anything where you can ask for money, there will be a lot of trash, but some gems.  What kinds of possibilities does this offer us, and can Kickstarter and similar services likely to follow lead to a more meaningful connection between gaming consumers and producers? 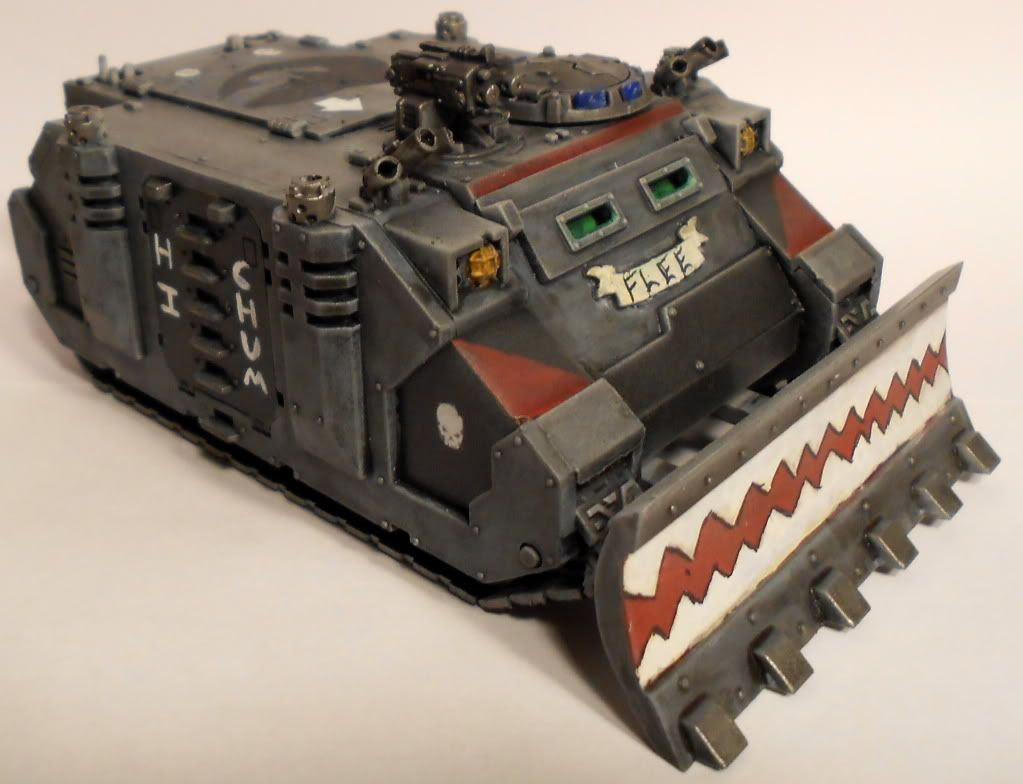 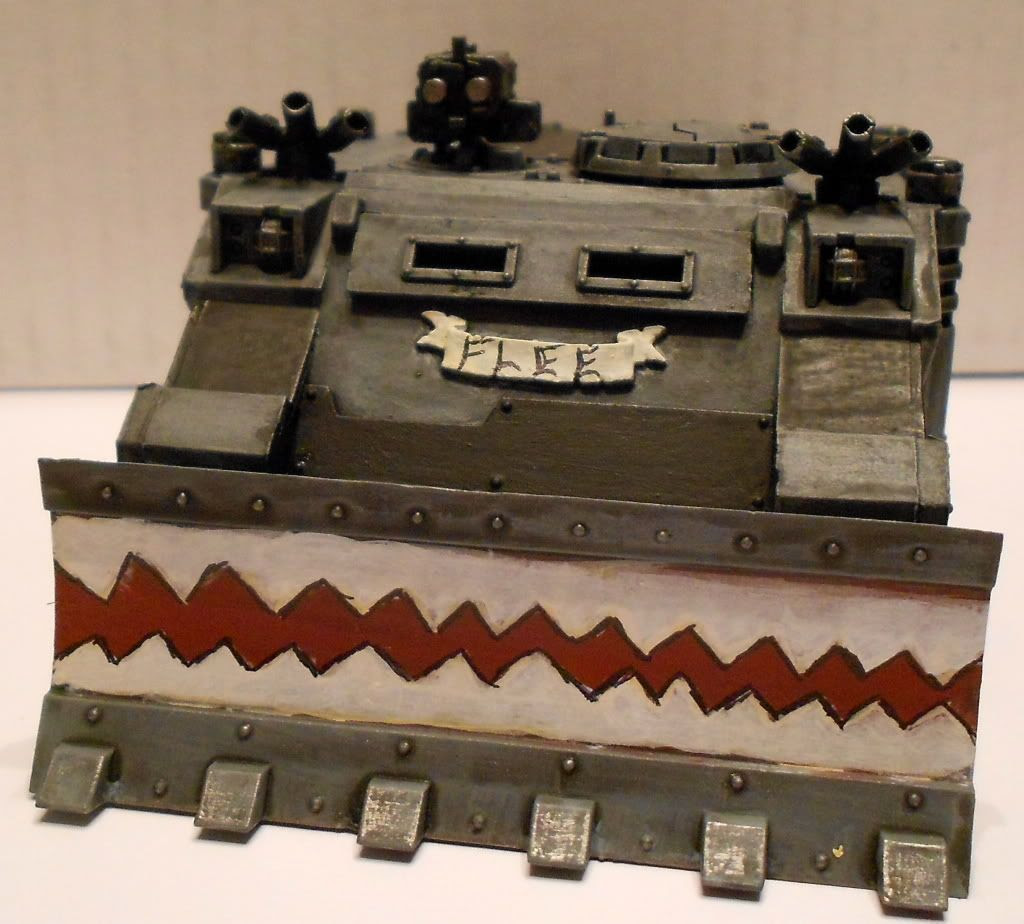 So after using the second Rhino for the league list the other day, I figured I'd make it permanent.  Here's a WIP shot of the front of the new one, with chompy-looking dozer blade and an exhortation to those it's bearing down on.

I didn't have the official struts that the blade is supposed to be attached to, so I made my own with a couple of clipped bits of sprue.  Doesn't look as fancy, but it keeps it in place!

Headlights, lenses, any additional scribbles and transfers and it should be ready for next Sunday.

League Battles: Round One Sharks vs. Marines and Orks

First of all, a couple of shots of completed Space Sharks!  Two tac squads and a Rhino above, all done, based and sealed.  One bite taken out of the project.
Read more »
Posted by sonsoftaurus at 10:44 PM 2 comments:

The league at Gaming Underground started up today, with eight players in attendance.  We had:

Hommlet and Beyond? RPG interlude 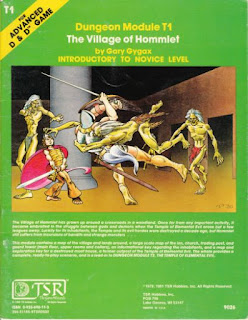 My regular (though infrequent) RPG group got together the other weekend and we were surprised by getting thrown into the above module (The Village of Hommlet), modified for 3rd Ed D&D and adjusted for 5th level PCs.  I was rather stoked about this and hope this will turn into a regular continuing feature.

Though I've played RPGs and D&D since the early 80's, I never really went through many modules.  In Search of the Unknown and Keep on the Borderlands, and part of some Dragonlance module once, but that's about it.  I had heard that a lot of them, namely the Slavers series, the Giants series and the Drow series link together, and had wanted to do an old-school campaign with them, either as player or GM and had mentioned this to Nathan, who apparently liked the idea and ran with it!  I think Hommlet is the first step down that epic path, which would please me to no end.

We had pre-generated characters that we picked randomly, and I ended up with a halfling fighter (perhaps the guy on the cover?  Maybe he took included pregens and modified them, I don't know).  We've found our way to a ruined keep in the swamp, fought giant frogs and hacked our way through zombies, bandits and assorted humanoids and are hopefully closing in on the big cheese for this section.

In other RPG news, with my life leaving me some more free time, I may be re-starting my own D&D game too, getting the party fresh from saving Maghribia and move them into the campaign finale in Mogambia, homeland of Prince Zuhuru.  Gnolls, ghouls, demons and more ahead!

Another friend John  has been talking about wanting to start some Savage Worlds Deadlands, and schedules permitting that may be on the table sometime too.  Maybe Sawed-off Sam, the ornery red-headed midget with a shotgun will make an appearance...

Posted by sonsoftaurus at 9:00 PM No comments: 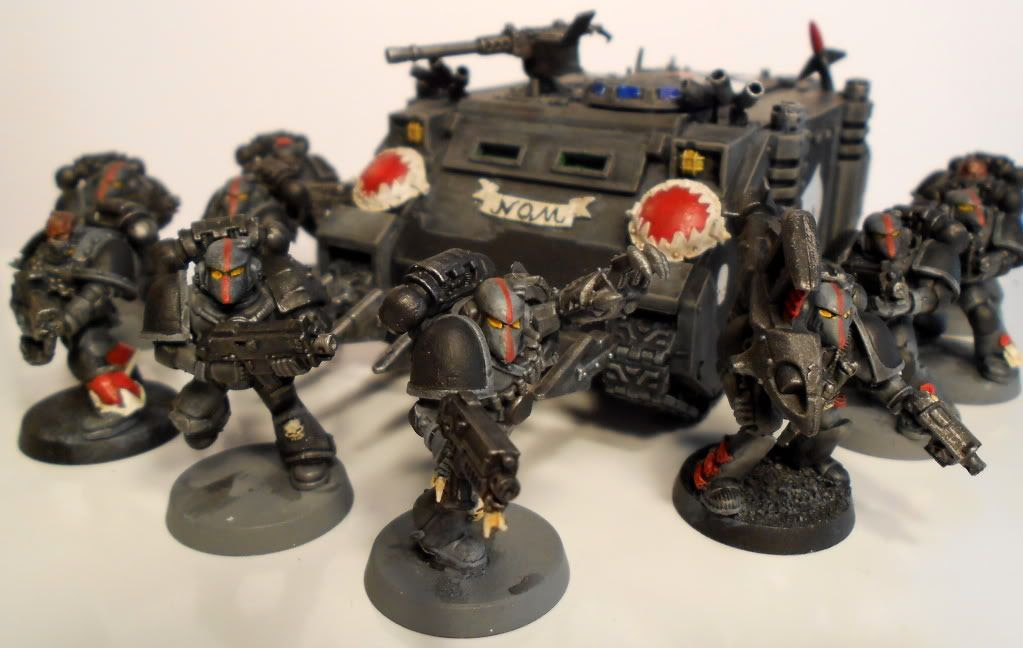 Some WIP shots of the first part of my force for the upcoming league at Gaming Underground.  Two tac squads, one in Rhino, one in Drop Pod.  I imagine that I will probably combat squad the Rhino squad more often than not, at least at early levels.

Thought I had some parts set aside for this squad, didn't see them, went ahead and built it with other pieces.  Of course after I got done, found the bag.  Oh well, maybe there's a third tac squad in the Sharks' future.

Read more »
Posted by sonsoftaurus at 9:52 AM 5 comments:

Planning for the Long Haul - 40K over the years (repost) 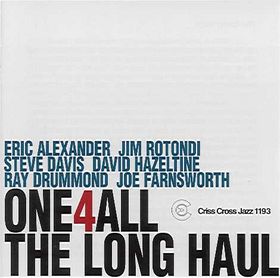 (This was originally posted back in January of 2010, but with the impending edition change I thought that I'd re-post it.)

As a 40K player, you almost certainly fall into one of two groups.  One, you're a "veteran" player who has seen at least one edition change in the core rules and more than likely (certain armies like Dark Eldar aside...) (And now even they and Necrons have had updates!) has seen at least one change in your particular army's codex.  Or two, you're a relatively new player who hasn't been through the turmoil of edition changes yet.

Either way, there's a good bit you can do to protect yourself against that turmoil.  More than likely, Games Workshop will continue to change the core rules every 4-6 years and periodically update your codex.  So, what can you do?

Read more »
Posted by sonsoftaurus at 7:56 AM No comments: 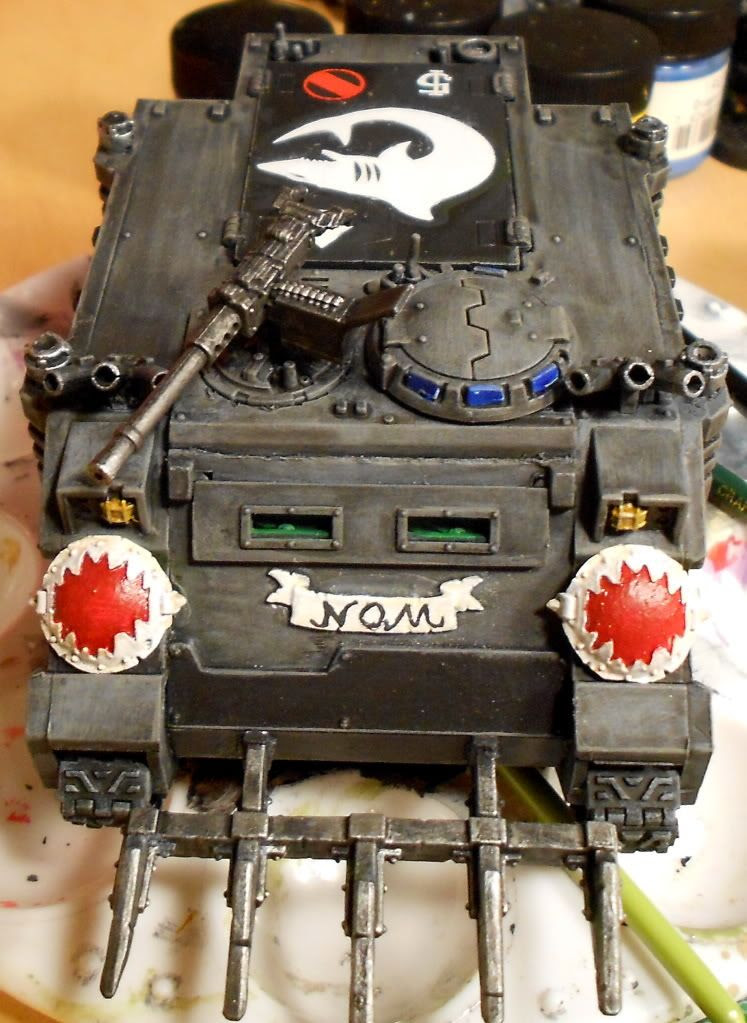 I got some progress done on the Rhino for the Space Sharks over the weekend, shots to the left and below.  I also realized I had had some blinders on regarding the list I was planning and painting towards, so will need to rearrange things a bit.

Read more »
Posted by sonsoftaurus at 8:55 AM 3 comments:

Space Sharks after all - WIP 500pts 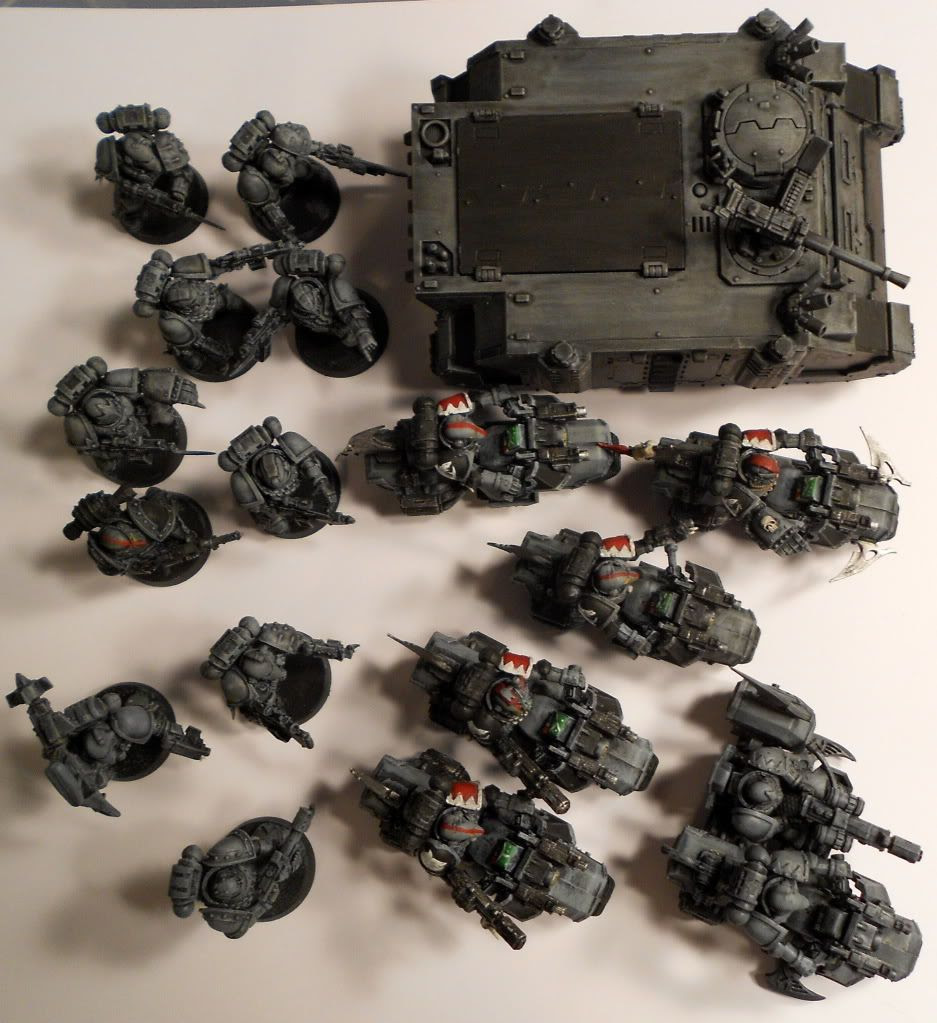 At first I was reluctant to take the Space Sharks to the upcoming league, as I would need to build and paint a second tactical squad, plus a drop pod and paint the already-assembled Rhino.  Too much, I thought.

A semi-local store (Gaming Underground in High Point) is ramping up miniatures gaming, after having primarily been a card game (read: MtG) shop.  They're taking a pretty serious stab at it, making lots of terrain, starting armies of their own, planning events and so forth.  One of the things they're starting is an escalation league, starting in a few weeks.

I'd like to take part, and have looked over my existing forces and thought about planned ones to see who might be best to take given the escalation format and the restrictions.

Some more WIP shots of the bikers, complete squad.  Some more highlights, some scribbles, basing, etc. still to come (though will probably wait and base all the figs at once).

Screwed Up Dice posted a heads-up about Mongoose putting their Judge Dredd minis rules up for free download, and I wanted to pass it along!  I haven't read them yet but I would expect them to be a decent small scale shoot-em-up set.

The Mongoose minis are also pretty cool, I thought about getting some gangers a while back for use in my Scythiak, and they have lots of other mutants, apes (alternative Jokaero perhaps?), and of course Judges (could make for a fun alternative commissar).

So go download them, pop open a bag of Umpty Candy and give 'em a read!

Fly me to Terra first 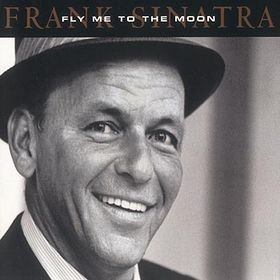 The marine one doesn't really interest me at the moment, IMO it fills the same role as landspeeders, why have something different?  Meh.  The Ork ones though will have to be purchased!

With a number of the rules they have, plus things that have come out in the last few books, I'm more convinced that at least some of the leaked "Prisoner" set is fairly close to the mark.

Storm Talons having a special rule to help protect other deep striking units - making me think that the changes to deep strike and defensive fire/overwatch are more likely.

Other rumors also pointed to other fliers, like Chaos, perhaps there will be another wave of releases later.

For more info, check your regular rumor sites soon! (like Faeit 212 which has details).

Also supposedly 6th ed due July 7th (with rules leaks due in the next month or two), and starter set in September.
Posted by sonsoftaurus at 5:40 PM 5 comments:


Venerable Brother Spielberg, WIP. There are transfers on each shoulder, still needs to be touched up a bit and sealed.

On another note, I'm finding blogger's changes to be rather annoying. It won't even let me type in the compose field, have to do in the HTML box. Pfft. 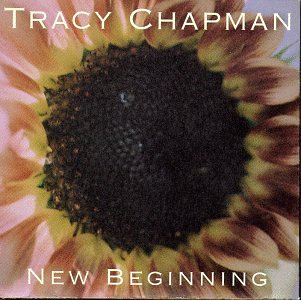 It is a time of new beginnings.

Bell of Lost Souls is updating their blogrolls after a while of not doing so.  If you were on them before, go get back on them.  If you're a blogger and weren't on them before, I'd suggest doing so.  BoLS is one of the big sites out there; being on their rolls gets you a lot of eyes and interest; after Google, BoLS is responsible for the most hits here.  Thanks guys!  You can get on the rolls by posting a comment here at Bell of Lost Souls.

Speaking of getting exposure from BoLS, one of the ones I just spotted there is Screwed Up Dice.  In the theme of new beginnings, he has a series of intro posts for parents of kids getting into GW games that I found interesting.  If you or someone you know is thinking of getting into the games or miniatures you or they may find them helpful.

Posted by sonsoftaurus at 9:14 AM 4 comments:

Just a shot of some WIP Space Sharks.  I still need to detail these and paint the rest, but this is pretty close to how they should turn out!
Posted by sonsoftaurus at 8:05 AM 5 comments: