Today in our campaign I had a small 1000pt scrum with Leonard's Orks.

Orks ended up with the deployment edge, with three objectives towards their end, two on mine and one in the middle.  I have some teleporting terminators that can hopefully disrupt his back lines when they arrive.  Rhino and rocks help provide line of sight blocking and cover from the big scary shooting threats, the shokk attack gun and looted wagon.

Read more »
Posted by sonsoftaurus at 9:27 PM No comments:

I faced off against Nathan's Necrons to try to recover a shard (1500pts), on a run-down Necron tomb world overrun by jungle, lovely terrain courtesy of Scott (our Space Wolf player this campaign).

Read more »
Posted by sonsoftaurus at 10:44 PM No comments: 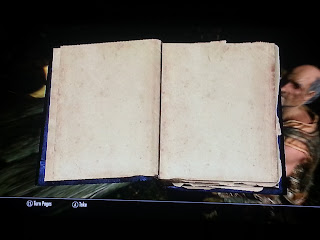 "Subscribers will receive their White Dwarf on or before it's release day."

Like back then.
And then.
Again, I fell for the promise of paying GW up front for getting copies sent to me early, for a fresh take on the magazine.  GW's overall been doing things pretty well lately, surely it will work out this time?

I did happen to be in the next town over where our official GW store is, and saw that they managed to get copies there for people to buy off of the shelves by the official release date.  So they do know how to get it to a particular location by a particular date, just not to me.  Is Tom Kirby in charge of White Dwarf customer distribution or something?

Scott came over and we dove into the first mission in the Vraks campaign.

Read more »
Posted by sonsoftaurus at 12:32 AM No comments:

Ever since Scott had started his Death Korps of Krieg army, we had planned to play through the Siege of Vraks campaign.  Now we are going to get started!  The renegades hunker down in their defenses awaiting the oncoming Death Korps, for the first mission from IA: 5.

Read more »
Posted by sonsoftaurus at 8:40 AM 3 comments: