Rise of the Primarch

I finished up the Guilliman model for sonofsonsoftaurus according to his specifications.  I will paint up the bare head later, but thankfully he has come around to liking the helmet.  I took a few cues from how he has been doing the ultras that he has been painting himself, so the blue is washed a little darker than I may have done on my own, and he's dulled down a little more than I would have done on my own.  Still, pretty happy wiht him and glad to have him wrapped up.

We had our next mission for our Armageddon campaign, a modified Planetfall mission (power level 75).  Chaos and Ork forces rain down from orbit upon the beleaguered Imperial defenders.  Above, some of sonsofsonsoftaurus' Ultramarines take up positions.

My early pictures of my own game seem to have disappeared.  I played against John W's Deathskulls. Bastion in the middle with a squad inside, squad and officer outside, squads and tanks spread out behind.  He brought an all infantry force aside from a dakkajet, and descended with a vengeance.

Read more »
Posted by sonsoftaurus at 9:00 AM 3 comments:

After the initial surprises and setbacks from attacks against better prepared than expected orks and surprise assaults from traitor forces, the Imperial forces fall back towards Hive Acheron to regroup.  Unfortunately their foes have cut off most avenues of retreat, and small forces try to punch through where they can.

This week we were playing the Ambush mission from the new rulebook, with a few modifications to fit the intention better (restrictions on value you get from deep strikers or flyers escaping).  I played against Cory's orks.  Given the mission I took an armored spearhead (command russ, other russ, hellhound, armored sentinel, two chimeras with infantry squads and a platoon commander).  Cory was also all mounted, with warboss in batlewagon with boyz and a big mek, and two trukks with more boyz.  Power Level 50.

Fourth War for Armageddon, Day One

We started up our Fourth War for Armageddon campaign, with small (Power Level 25) games.  We played a modified Patrol mission, with the Imperial forces rolling out in clearing operations against resurgent Ork concentrations.  Along the way, many are ambushed by Chaos forces that have infiltrated on-world, as above.

Read more »
Posted by sonsoftaurus at 9:46 PM No comments:

Over the past few weeks, like many around the world, our shop has been shaken by a plethora of 40k 8th edition games as people try things out.

Above vs. Bjorn as part of an epic rampage by the primarch in a three way game, smashing through a number of Space Wolves and Alpha Legionnaires, making a knight run away and being a general terror before finally succumbing to mass fire.

This week we start up a campaign on Armageddon, stay tuned! 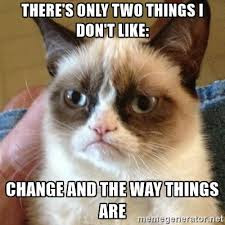 I've played one game of the new 40K so far, ran an intro event and have seen parts of several games.  If you have seen a lot of videos or cruise forums regularly (I don't) I'm sure a lot of this may be old hat for you, but here's my initial take.

Is it fun?  Yes.  Like any edition of 40K or any game in general, it depends on who you play with.

Does it feel like 40K? Yes.  Things generally do the kind of things you expect them to.

Are there some odd things?  Yes.  With any abstraction there will be some things that some feel go too far that way, and some odd rules interactions.  Given that so far they have limited the rules interactions, there are less of those, but that usually seemed to be GW's rules-writing weakness anyways - rule A is fine, rule B is fine, but confusing when A and B both apply.

Impressions - again, some are likely old-hat if you've read a lot elsewhere, I doubt I'm the first, and consider my limited experience at this point.

Overall I've enjoyed it so far, and look forward to more games and trying out more missions.

Posted by sonsoftaurus at 8:55 AM 4 comments: