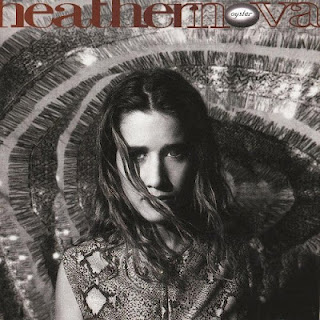 First of all, wanted to pass on that the 11th Company podcast will be doing streaming coverage of the Nova open 40K tournament.

Next week, the 11th Company will be live video broadcasting the top tables at the Nova Open starting next week Thursday roughly at 4PM Eastern time.

We will have the players wear wireless mics, so you can hear their discussions during their game. We will have between game interviews with various attendees and guests, and have the channel open for players wanting to broadcast their game live before and after the tournaments during open gaming.


Please join us in the chat room while watching the broadcasts live Thursday August 30th - Sunday September 2nd, or catch the archived broadcasts after the event. We would greatly appreciate it if you shared the above information on your blog/podcast/forums or shared with your friends.


Second, I got two games in with the Space Sharks on Sunday for the local 40K league.  The assault marines had been pretty lackluster, so I switched them out for one of the Terminator squads.  My wife had the camera, so no pictures unfortunately.  First game was against Necrons playing Relic, and I managed to get a victory.  Second game against Dark Eldar/Eldar resulted in a loss.  Three objectives, two on his side of the table, short edge deployment.  I had to come to him, but my firepower failed to convert into kills, and he had more than enough of his own to whittle me down.

Third, this Saturday Gaming Underground is hosting a 40K tournament:


$10.00 entry
Prize support to be determined by participation


I don't think that I'll be making it out, but if you're in the area and want to get some games in go check it out, and good luck!
Posted by sonsoftaurus at 5:12 PM 4 comments:

Where do we go from here? 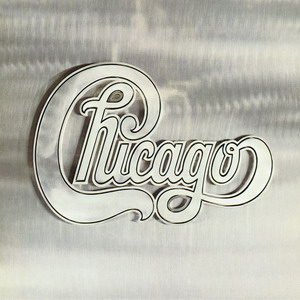 Changes to 40K 6th edition and rumors from upcoming books have gotten my thinking, and I'm really looking forward to more of this edition, because I think we're going to see some really interesting things and some total craziness.

Read more »
Posted by sonsoftaurus at 7:40 AM 3 comments: 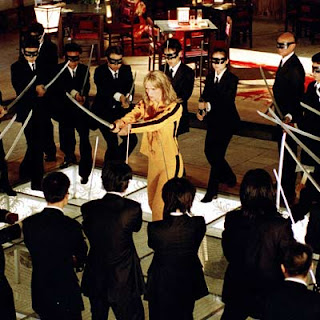 Another ebay pimp post.  I made enough from my last closet cleaning to cover my Reaper Bones Kickstarter pledge and the new 40K starter set, but I need some extra for the new Chaos Marine stuff due out before too long.

So, I'm selling the horde of Chaos Marauders I originally got to use as the basis for my Scythiak conversions.  I ended up going a different route with most of them, so I have a ton of leftover marauders, 88 to be exact.  I do still plan on a WHFB Chaos army at some point, but I have enough marauders and other things for that as is and can stand to part with these.

So...if you need some, either for WHFB or as bases for 40K cultists or traitor guard, please check them out!

No league stuff from this past week; had my son's birthday instead.  Should make it out for this coming Sunday, so hopefully some more pics/batreps from those games to come next week.  Also working on my Space Sharks landspeeder, pics of that upcoming as well!

Edit:  Oops, forgot to post up the old World Eaters figs I have left over too.  If you might be in the market for some old bolter-toting WE, check them out!


Another picture dump, from last Sunday's league games.  A few pics of other games, and a bunch from my game vs. Landon's marines.
Read more »
Posted by sonsoftaurus at 9:25 AM No comments:

Reaper Bones Kickstarter - nine days left, get dem bones while you can! 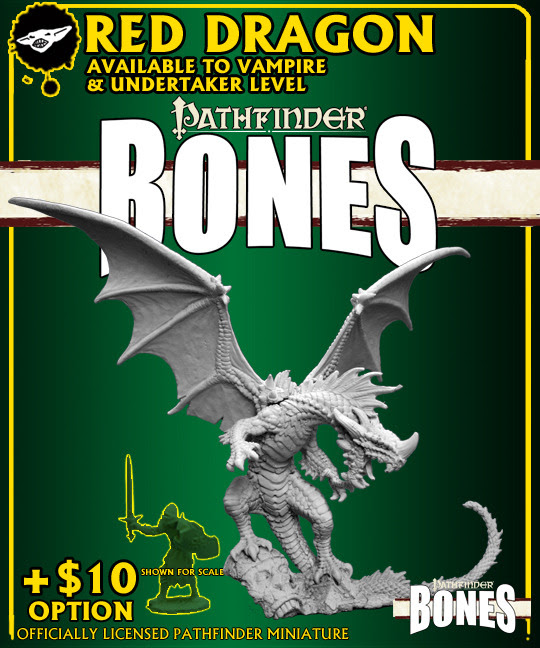 Well, my ebay auctions are going well enough that I felt confident enough to go ahead and commit to the Reaper Bones Kickstarter project.  It really is becoming a stupid amount of figures at the Vampire level ($100) plus tons of extras available pretty reasonably, like dragons for $10.  Does that guy in the pic above look familiar?  Yeah, the dragon from the Pathfinder cover.  Currently $40 in metal and likely a huge pain to assemble, available at the next stretch goal for $10 in a nice easy plastic.

Some other things available:
Read more »
Posted by sonsoftaurus at 5:03 PM No comments: 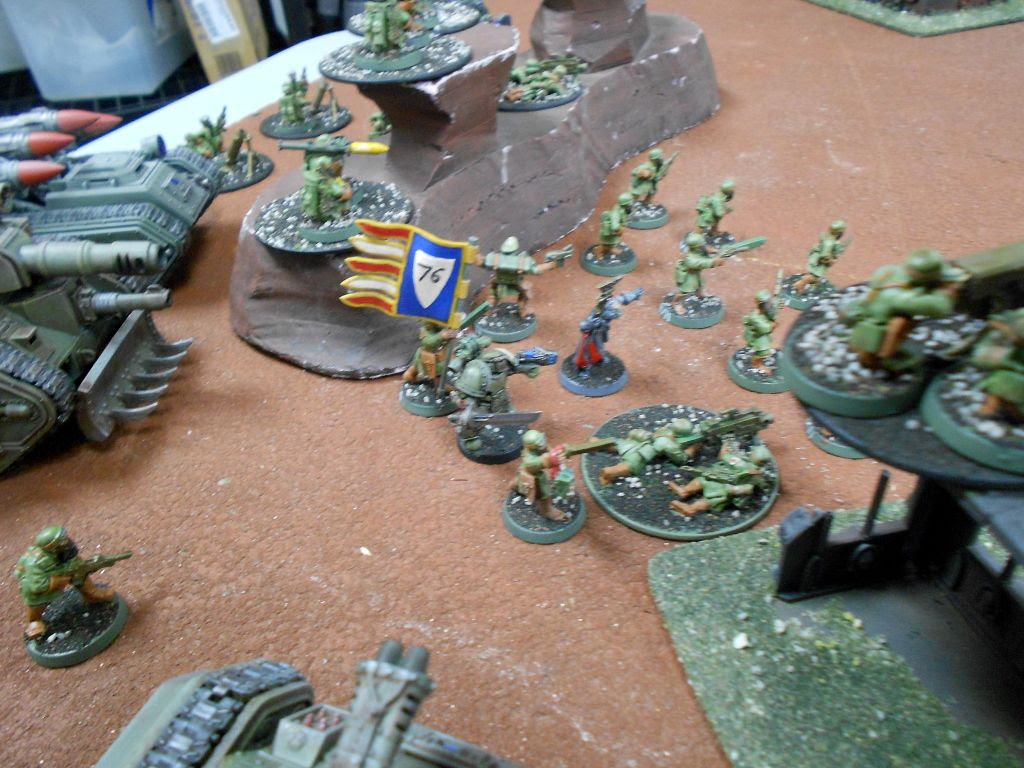 Been a little bit since the games, so I'm not going to try to do a blow-by-blow, but wanted to get the pictures posted at least!

Read more »
Posted by sonsoftaurus at 9:25 AM No comments: 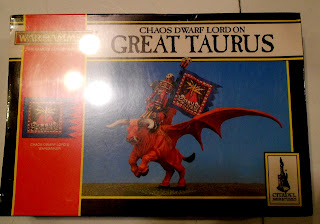 I'm in the midst of selling off a few things I will likely never get to at this point to make room and $ for new 40K Chaos stuff and the Reaper Bones Kickstarter.  If you might be interested, stuff is up on ebay.

Posted by sonsoftaurus at 8:14 AM No comments: 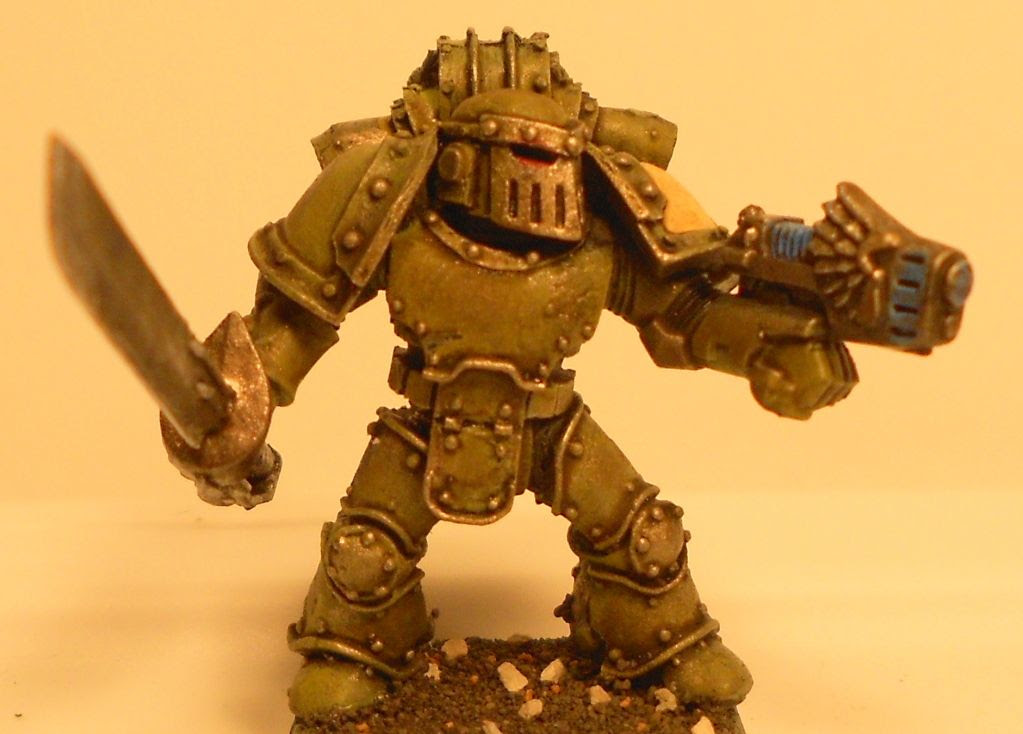 For a long time my Merkan 76th Imperial Guard have been pretty mundane - lots of guys with guns and some tanks.  Very straightforward.  I left the more unusual things for the Scythiak.

But lately I've started to add a little 40K into the Merkans, starting with some Sentinels, and now this guy.  I've always liked the MkIII marine armor, and happily gobbled up a squad when Forge World put them out, knowing I would make them and use them for something.  A couple went to service in the Space Sharks, but a few remain.  One less now.  Likely more will arrive whenever Forge World puts out the assault squad version.

There are a lot of giveaways and contests out there in hobby-land, but you may not find them before they're over, and many don't get the kind of exposure they deserve.  But all that may soon change!

As a sometimes-provider of free stuff and a frequent seeker after it, I've set up a satellite blog to try to collect and promote gaming related contests and giveaways.

So check out Free Loot and Game Stuff!  When you have giveaways of your own or know of other good ones let me know and I'll see about adding links to them!  Nothing's there yet, but hopefully some things will start trickling in soon, and hopefully it won't grow into an unmanageable monster, but we'll see!  Thanks and good luck! 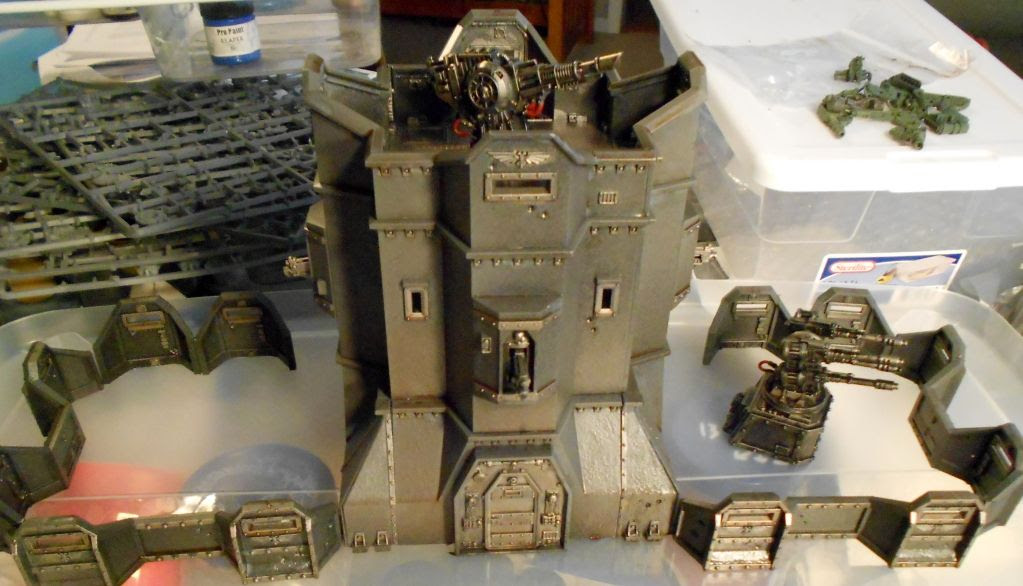 I love terrain kits, and picked these up earlier this summer from another local, expecting to get around to them eventually to have more stuff for tables.  Now with fortifications in 6th edition, I decided to get around to them sooner rather than later and did a quick job on them this weekend.

I wanted to keep them pretty generic, so they could fit in with many different armies and boards.  So I went with a dirty grey, going for an old concrete look with metallics for the eagles and all the riveted areas.  The weapon emplacements were just black with metallic over them, then dirtied up a bit.
Posted by sonsoftaurus at 11:38 AM 7 comments:

Having had my fill of grey marines for a little while, I decided to switch gears and quickly knock out some reinforcements for my Merkan 76th Imperial Guard. Hmm, I guess I'll need to update that profile sometime!  I had this Chimera and Manticore sitting around for a while.  I got them second hand already assembled, so this meant all I had to do was paint!