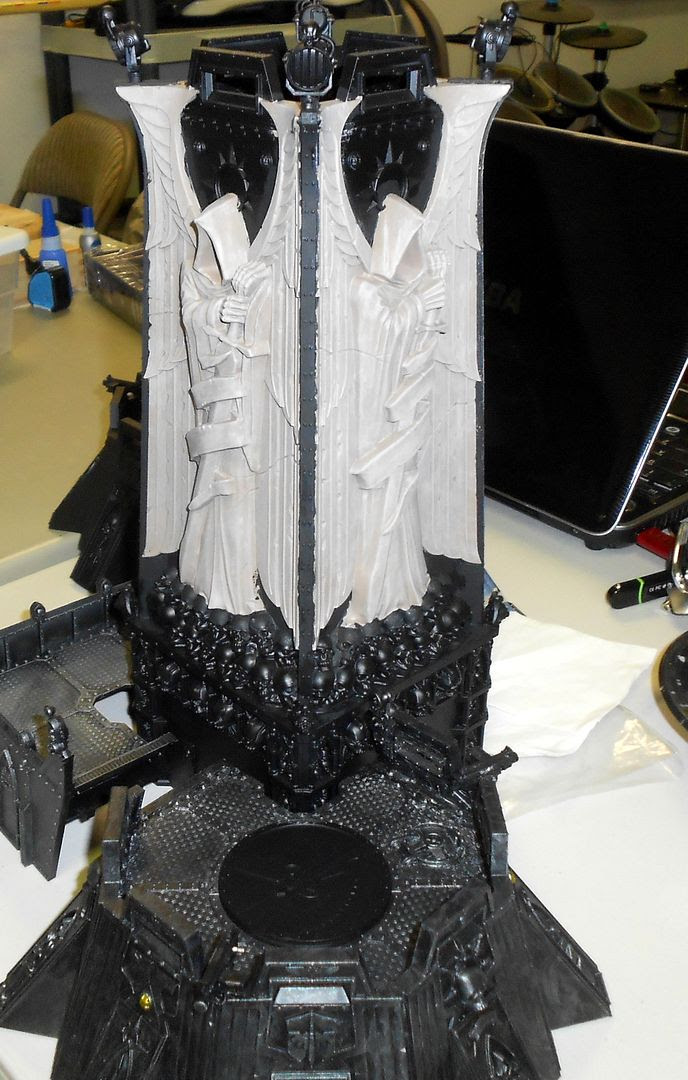 Today we had a hobby day at Gaming Underground.  Not as many folks showed up as I had hoped might, but enough for a good time I think.  Above is a Fortress of Redemption that Joel is working on.  The stone he's doing for the angels is turning out really well.  He also assembled a squad of Grey Knight Terminators and worked on a Tau Piranha.

The road ahead for 40K 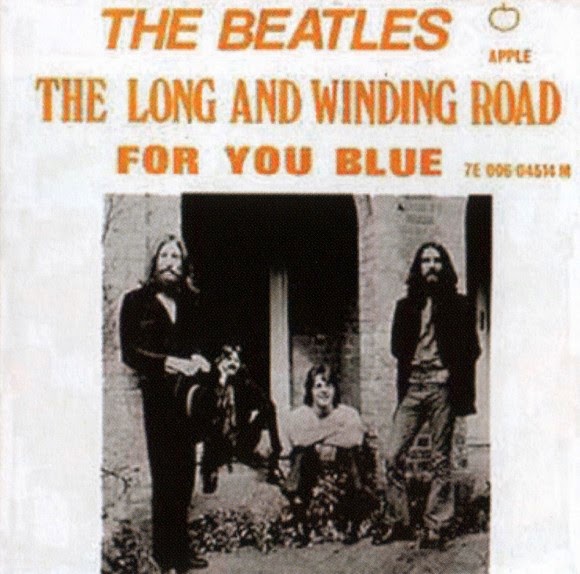 A while back in a post from 2012 I laid out where I thought we would see 40K headed.  I'll post some of my thoughts from then and current feelings below.  Overall, I think GW has gotten very invested in this edition, incorporating their new mechanics deeply into codicies and other releases, making it hard to see them making a major shift away from them anytime soon.  If they did, it would be an earthshaking change perhaps even more dramatic than the 2nd-3rd edition changes.
Read more »
Posted by sonsoftaurus at 11:03 AM 2 comments:

The gods are fickle

A little more Chaos modeling, two more spawn and a possessed marine, based on an old metal champion figure they tossed into army sets with a plastic possessed arm and backpack.  I've got another pile of parts that will become another nine possessed, just haven't glued them together yet.  But soon...

Posted by sonsoftaurus at 10:55 PM No comments:

Some more model assembly for Chaos, this time a big pack of renegades.  Looking through boxes, I found a bunch of assembled BP/CCW space marines (and two with meltas) so those formed the core of the unit.  A pile of parts and some glue later and seven more with a more obviously chaotic look joined them, along with a champion that used to be the Emperor's. 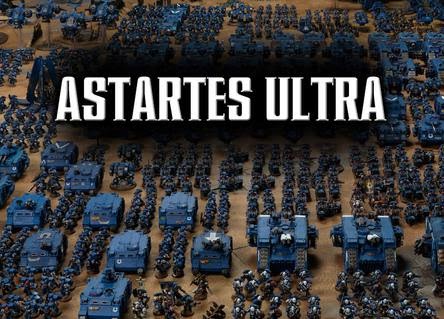 The other day when my mind was wandering I was adding up figures for an army, then started estimating figures for all of my armies.  I used to think that those who decided to build an entire chapter of space marines were kind of crazy.  But with my current armies for 40K, I have around 650 painted figures, not counting vehicles.  If you add in the two Tau armies, parts of CSM and a marine army that I sold there's probably another 150+ figures, for around 800 figures total that I've built and painted for 40K, 80% of a chapter (maybe 75% if you count all the support guys like techmarines).  Oof.  If you add in WHFB, I'd be over the mark (those goblins add up fast).  Of course I don't think I could have stuck with one army, much less one chapter that whole time, but I no longer think that those who do are crazy.  Or at least they're no crazier than I am!

I also have some random hobby progress to share:

Read more »
Posted by sonsoftaurus at 11:14 AM No comments: 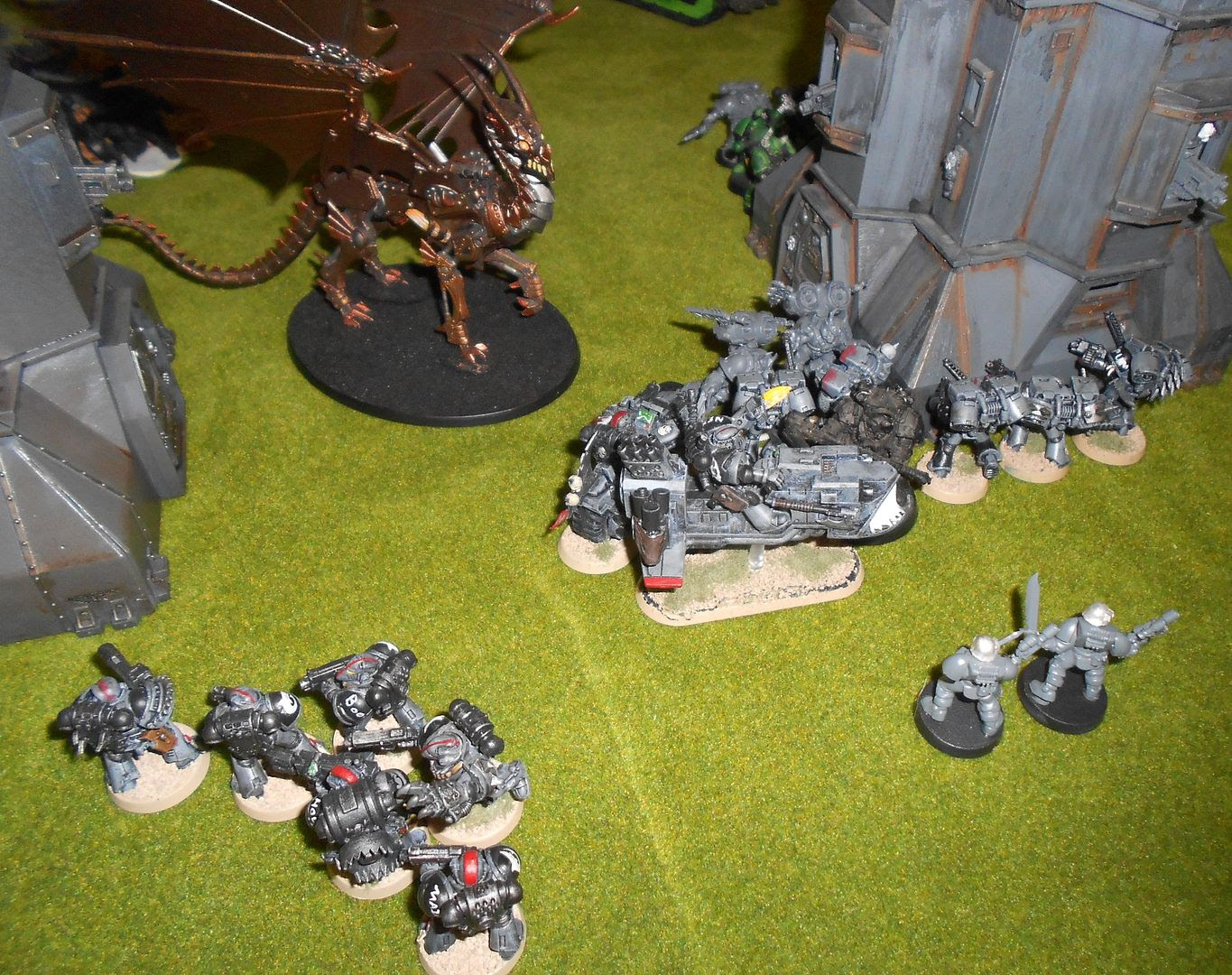 My most recent game was against Rhett and his Chaos Marines.  Rhett has had a hankering for Planetstrike lately, so I suggested we use that for our league game.  We ended up at 1850pts, with me as the defender against a Chaos incursion.

I altered my standard league list a bit, dropping things like rhinos (squads would be in bastions) and the whirlwind for some terminators.  When I started unpacking, I realized I didn't have the second squad of terminators I thought I had, so I quickly redid the list to get back to points, tossing scouts and the ironclad back in.

Rhett had: Typhus, seven terminators, 2x10 plague marines in rhinos, 10xwarp talons, 3xbikers, heldrake with autocannon.  Other than the bikers, everything had mark of nurgle.