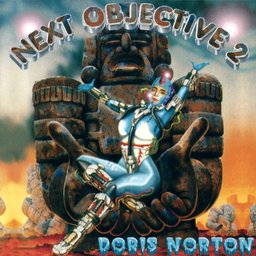 Actually it can make a pretty big difference.  Putting some thought into where you place objectives in objective-based games is critical.  You're going to put some thought to how to control them during the game; why not think about that whole process while placing them in the first place?

Some things to consider:

Terrain: Do you want the objective in cover or out in the open?  If you have a sturdy army and the enemy doesn't, placing objectives in the open can be a good thing, as he'll be easier to blast off of it than you would be.  If you're the more fragile one, having some area terrain to huddle down in can be comforting.  Vehicles, bikes, jump packs?  Relative prevalence of these can also weigh into whether or not you want objectives in terrain or not.  Can you place an objective somewhere out of LOS from potential enemy shooting?

Denial: For missions like Seize Ground, objectives can only be so close to each other, and only so close to a board edge.  If you can anticipate based on other factors (like Terrain, above) where the enemy might like to place objectives, you can preempt them by placing one of your own nearby their sweet spot.  Playing that guy with all the infiltrating sniper Scouts?  Stick an objective out in the open 6" away from that big ruin.

This sort of thing is obviously more useful in missions like Seize Ground, with multiple objectives that are placed by the players.  Some things are still worth thinking about in Capture and Control (corner vs. middle, backfield vs. up front), and it's all obviously moot in missions that have fixed objective placement.  Although for those, use some of these criteria for thinking about which objectives you should focus on...

Posted by sonsoftaurus at 6:16 PM