Bash from the Past: Basement Brouhaha - Word Bearers vs. Eldar

(With my old haunt closing down soon, With my backup site closing soon, I'm re-posting a number of my old Batreps here, hope you enjoy. Keep in mind when reading that some of the games were under old editions/codexes.)

Went over to Scott's house today to get some games in and test out some missions they're planning to use for a local event.

Scott and I squared off with his Eldar against my Word Bearers, and Bobby's Ork bikers faced off against John's Crimson Fists.

First off, the Orks v Marines. Didn't pay too much attention to the game, but it looked bloody. Can't make it out in the pics, but Bobby's army is wonderfully converted - all bikers (I think it has Wazdakka + Warboss on bike, nob unit on bikes, two bike units, 3 skorchas), all very unique. When the get all painted up will be great to see. Hopefully he'll sign on over here sometime and share some pics over at the +Manufactorium+. (HINT) 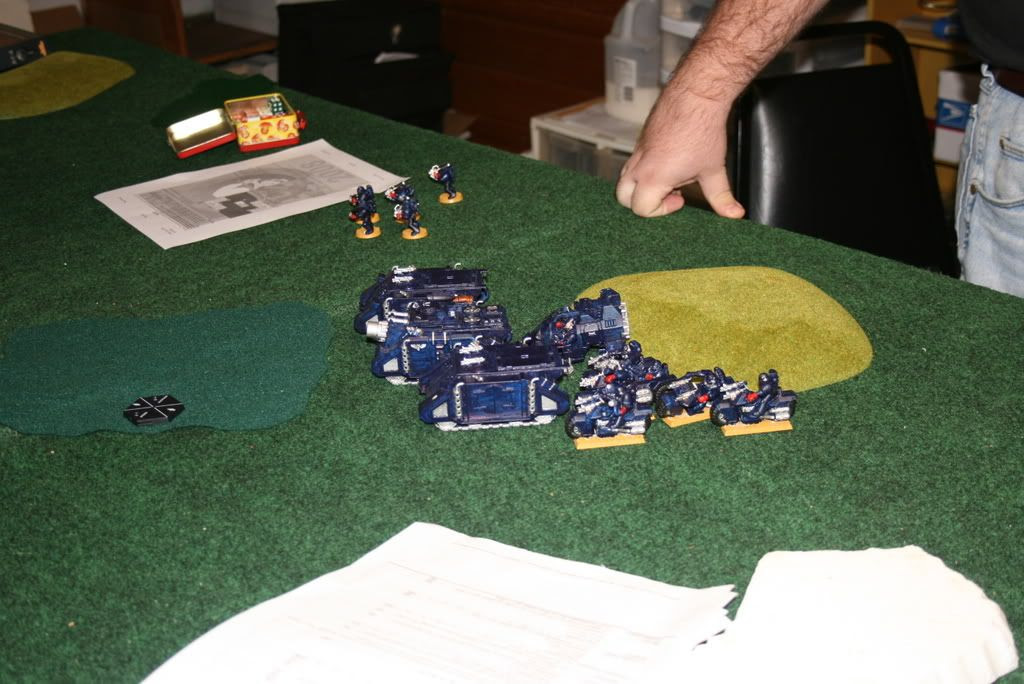 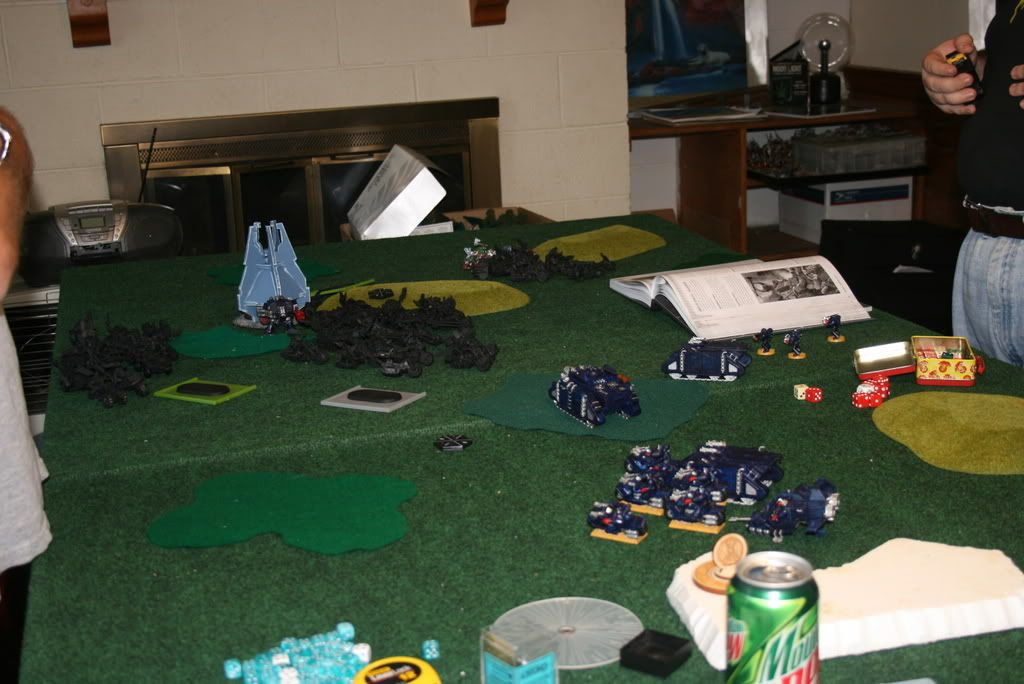 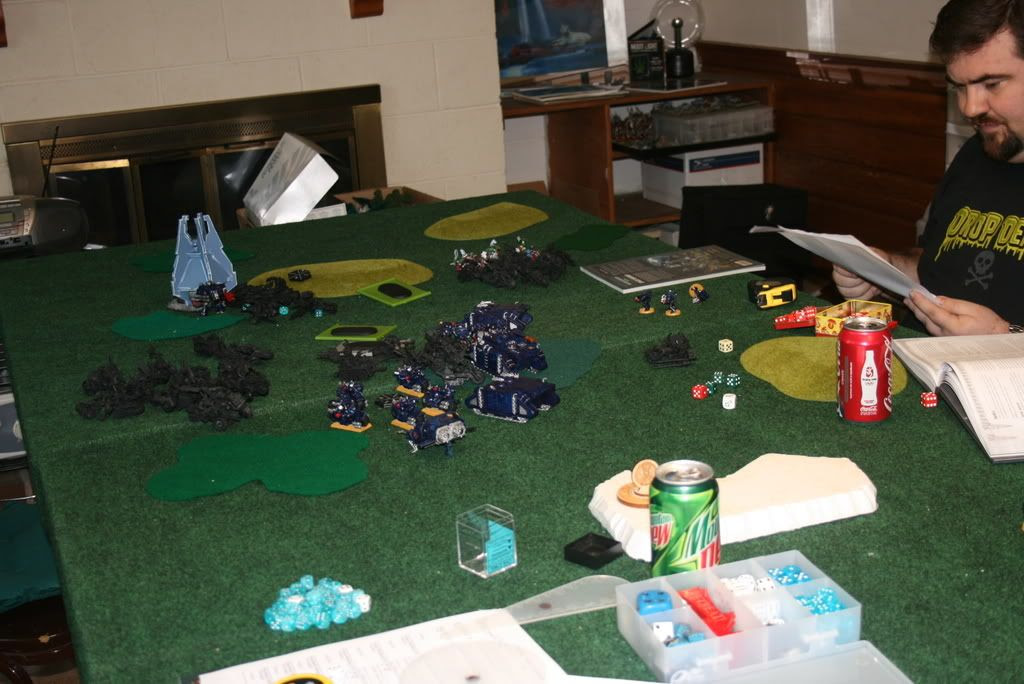 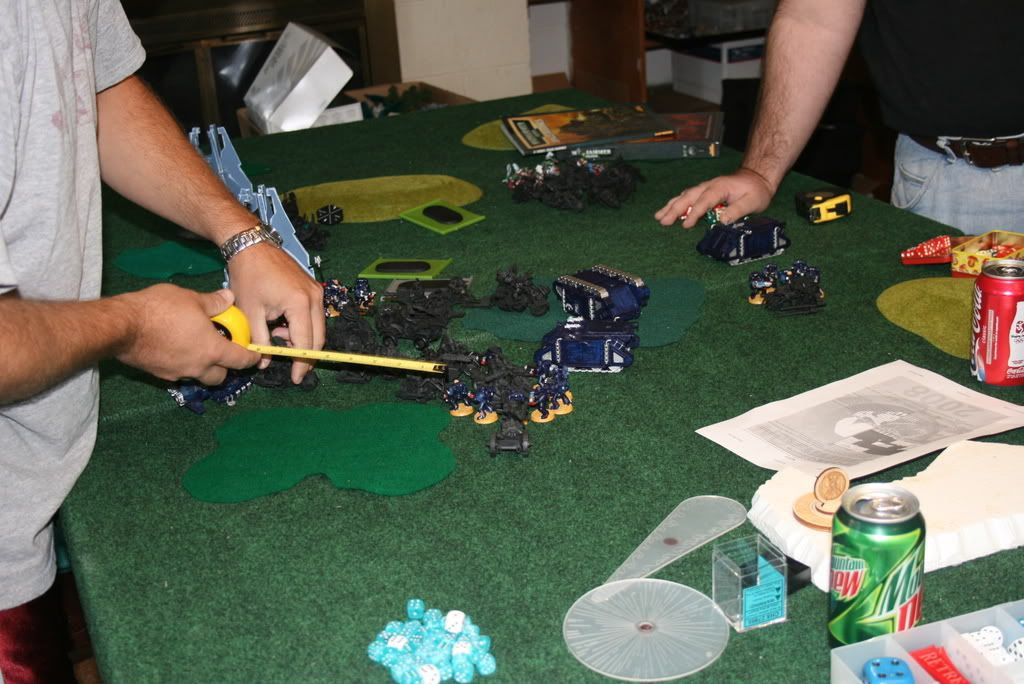 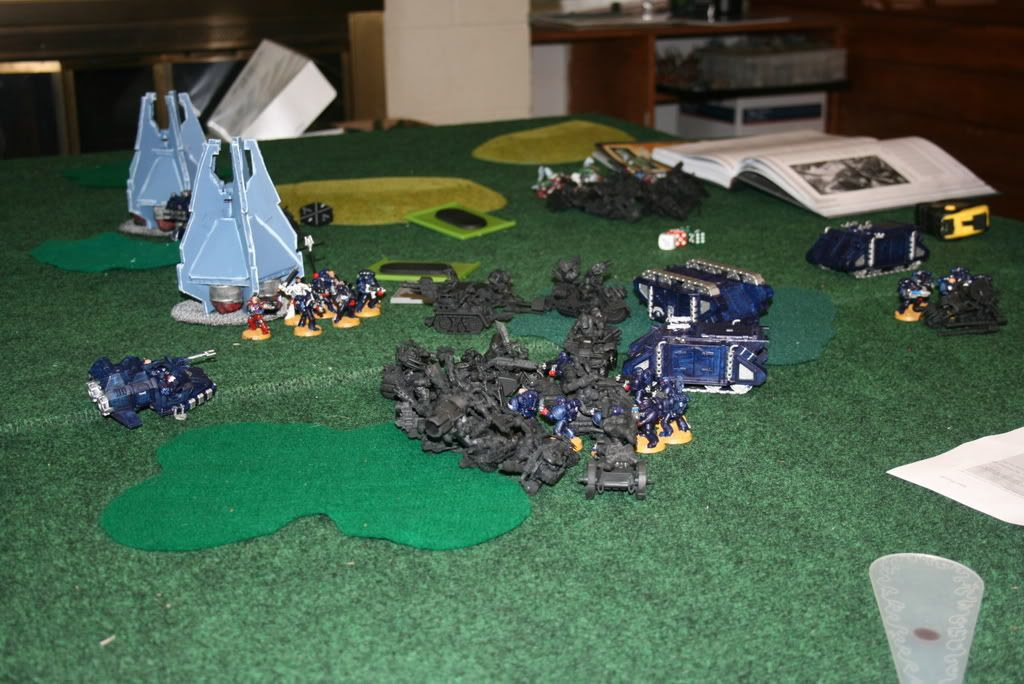 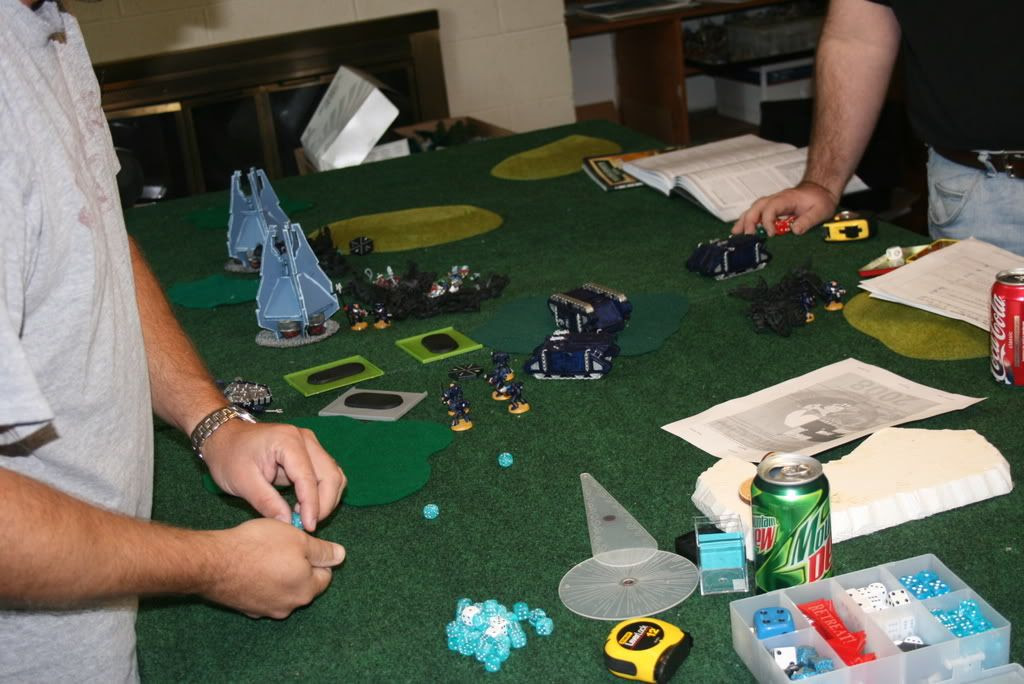 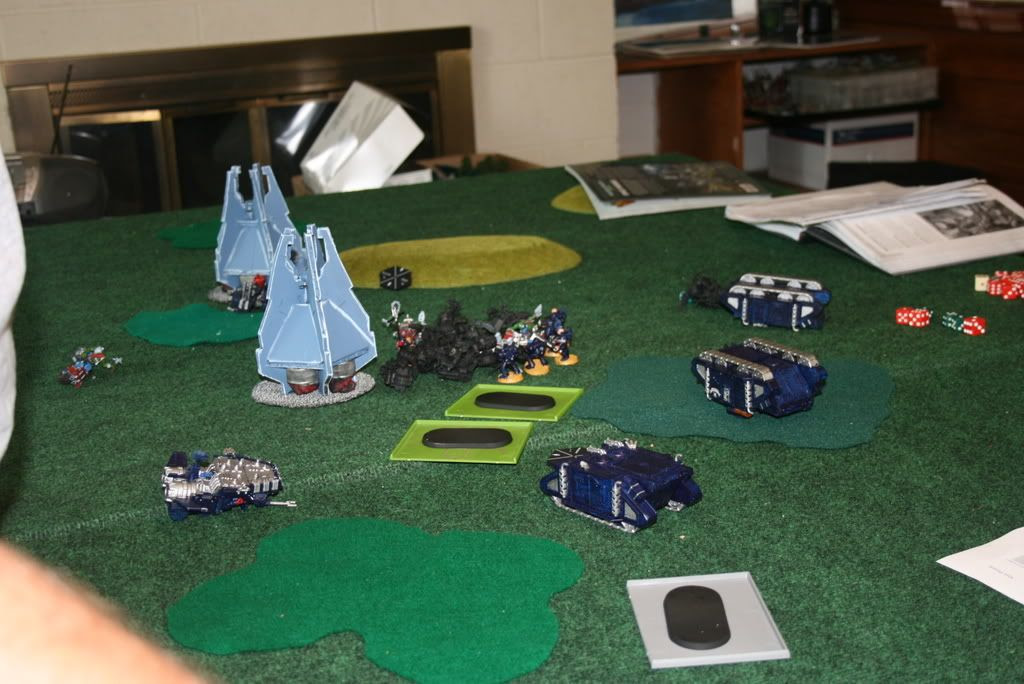 You can also see some borrowed and I believe scratch-built Space Wolf drop pods of Scott's in some of the shots. 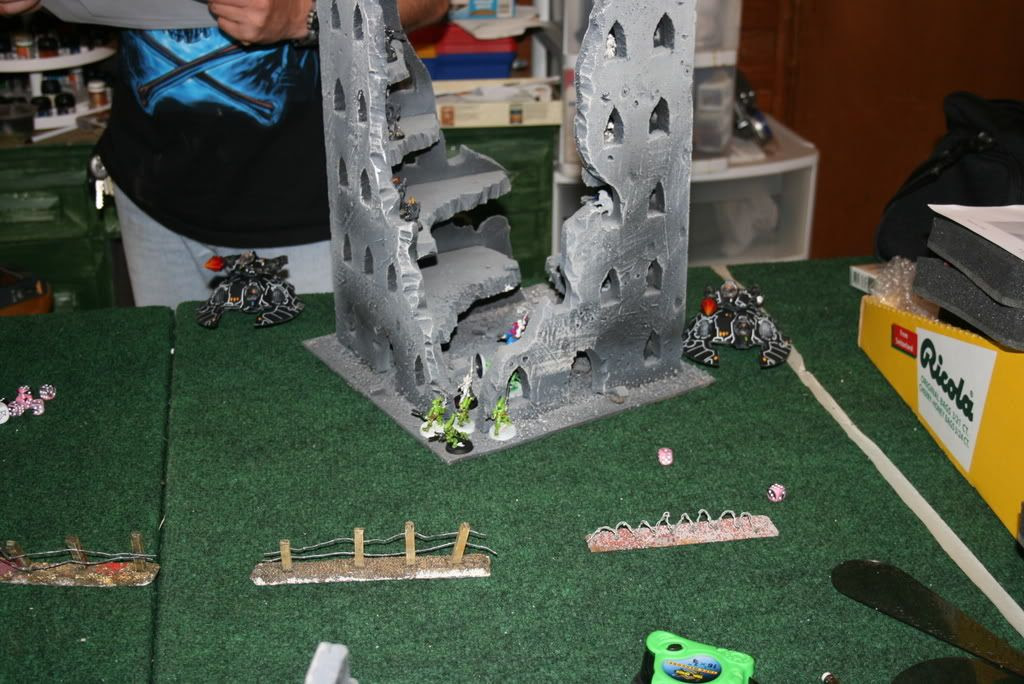 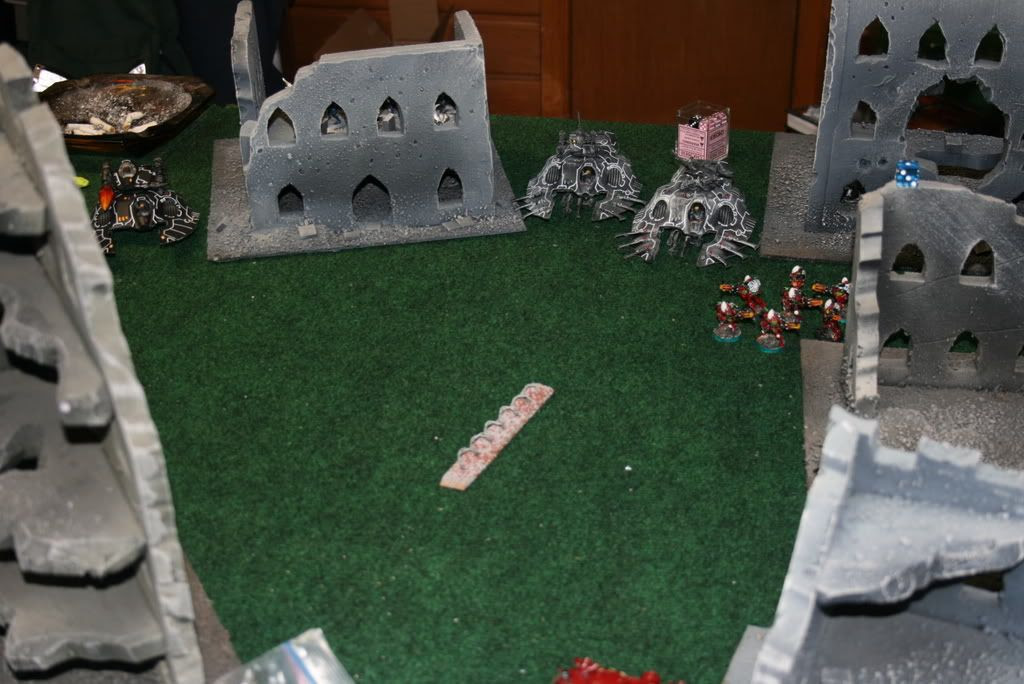 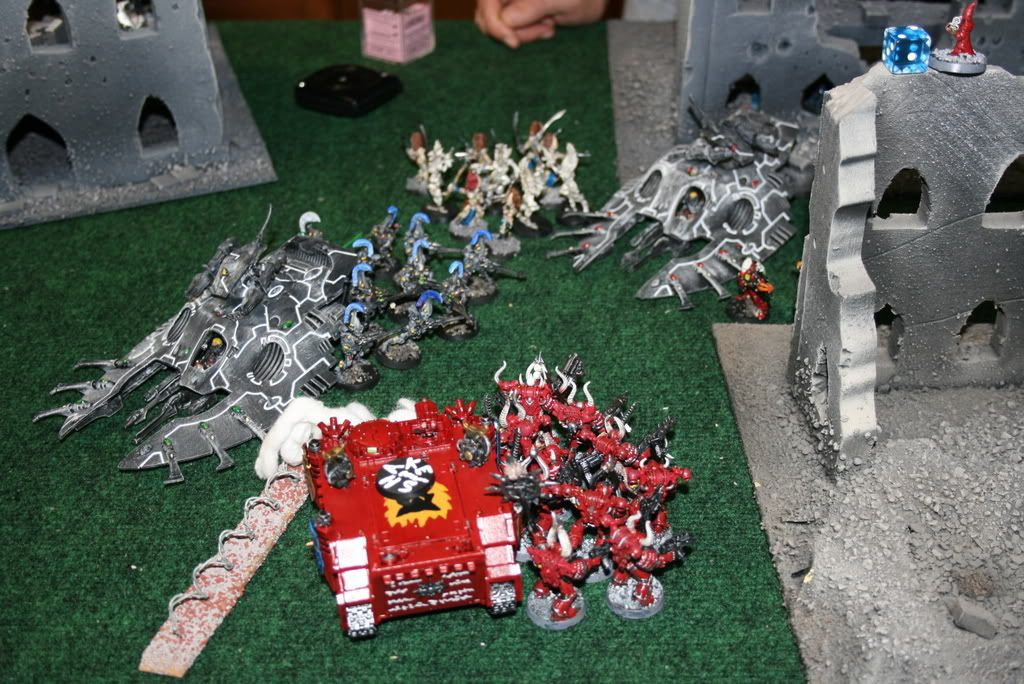 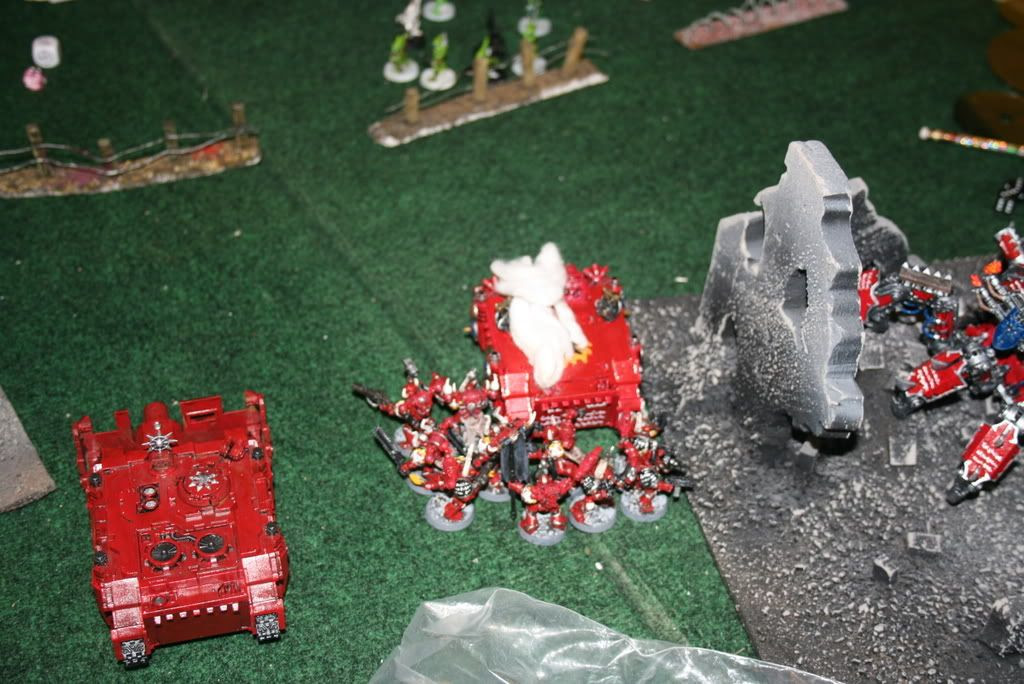 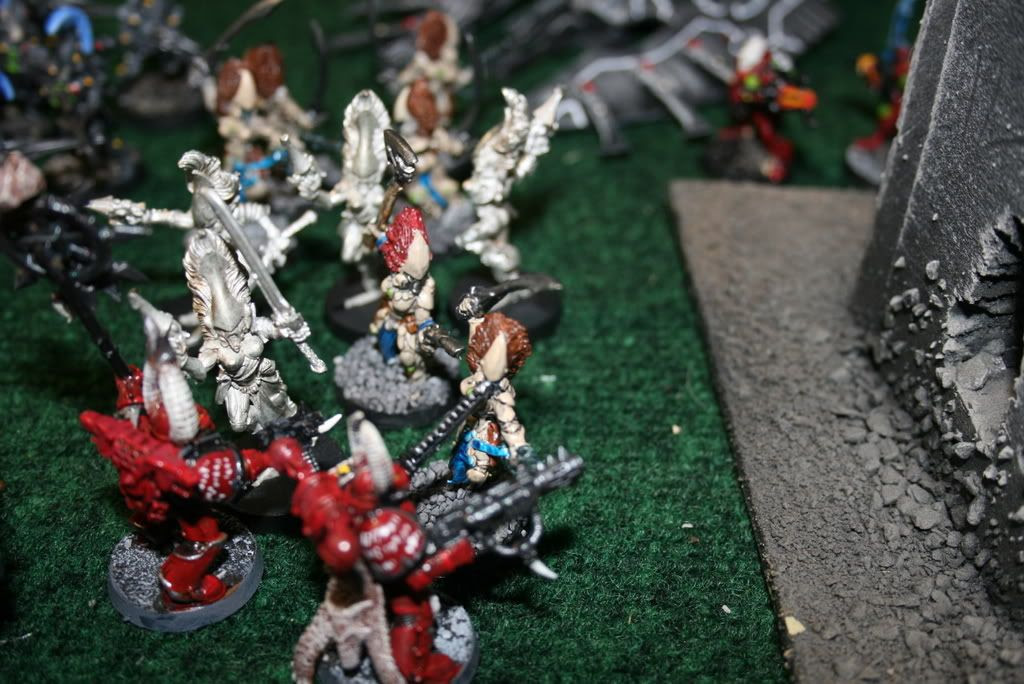 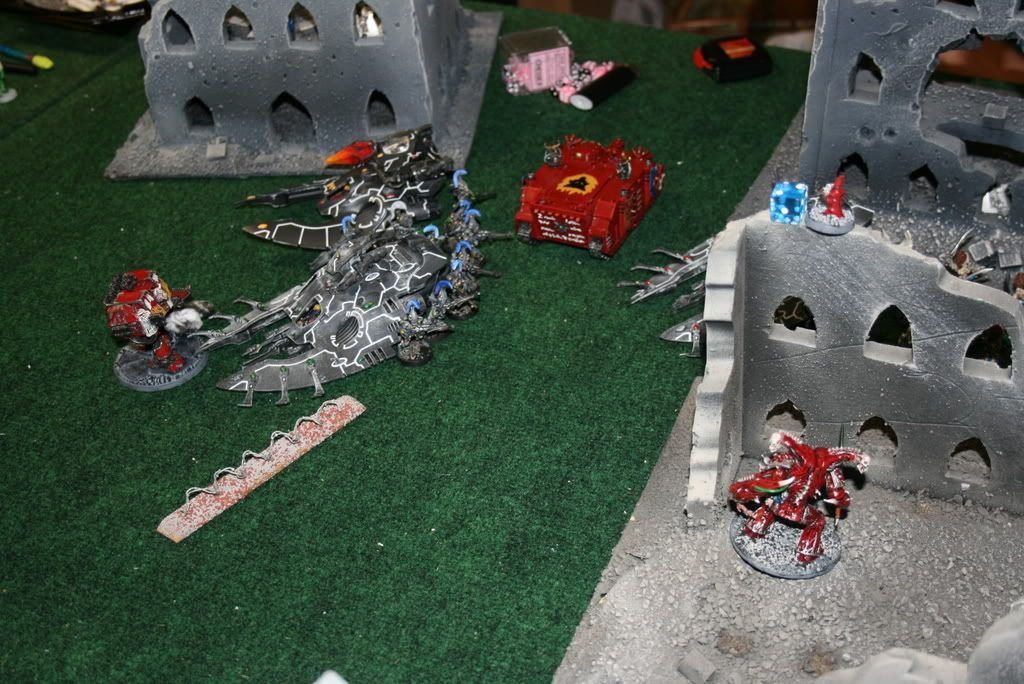 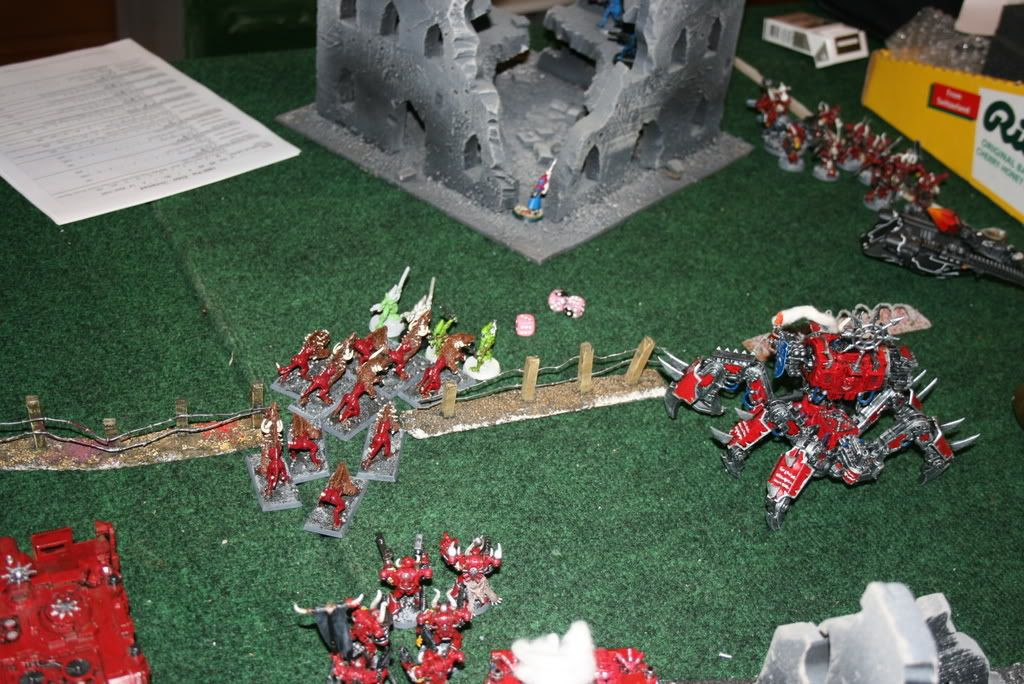 Fire Prism scatters back onto itself. Same Prism managed to do it again later as well. 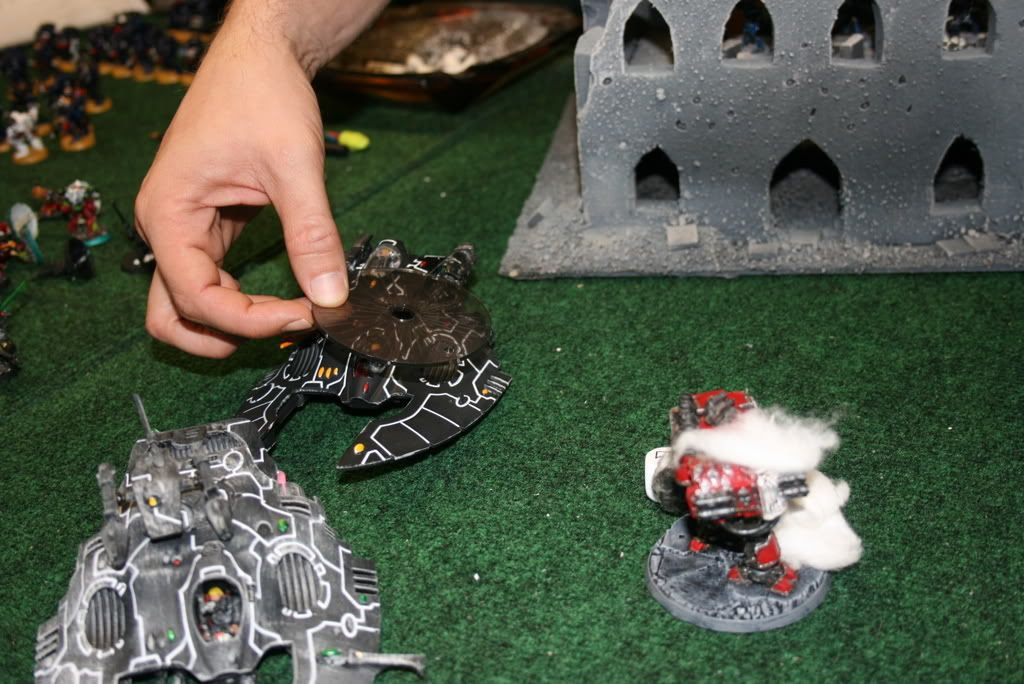 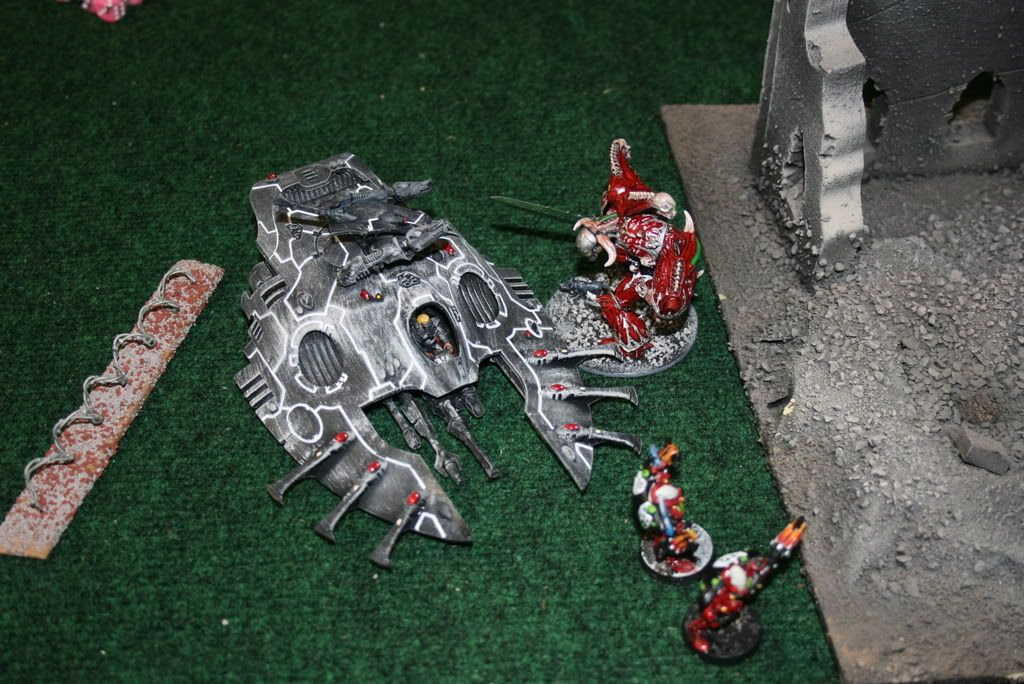 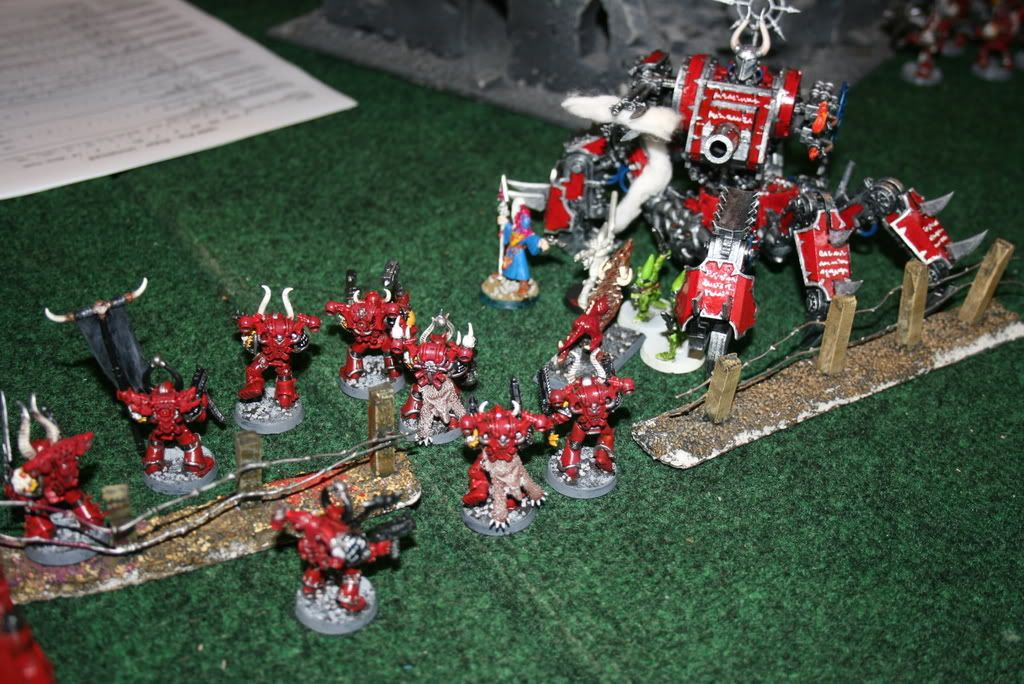 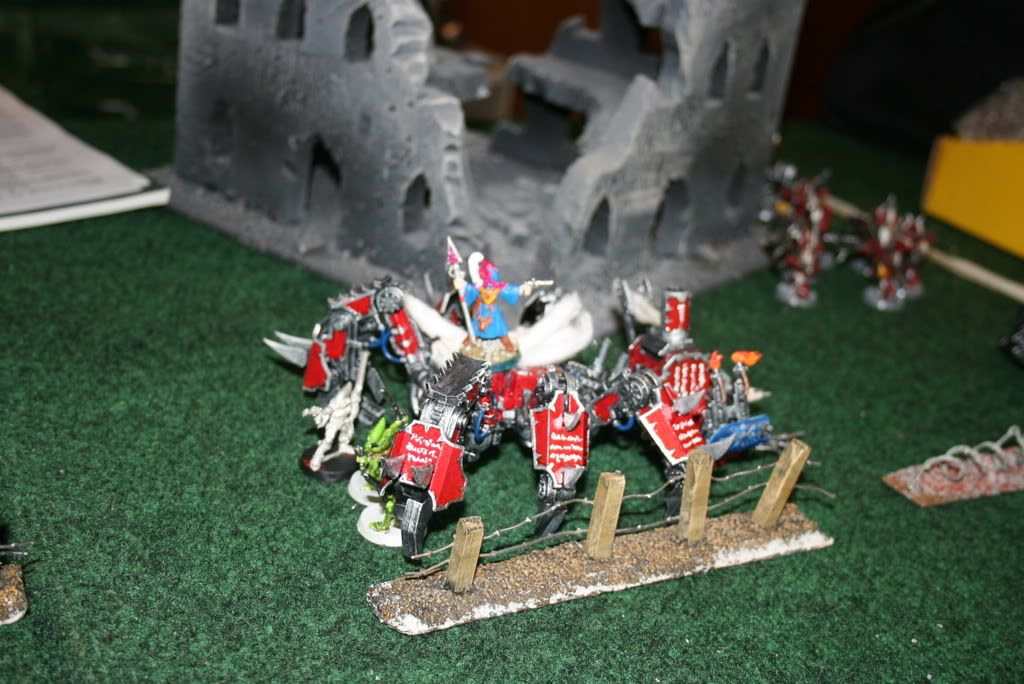 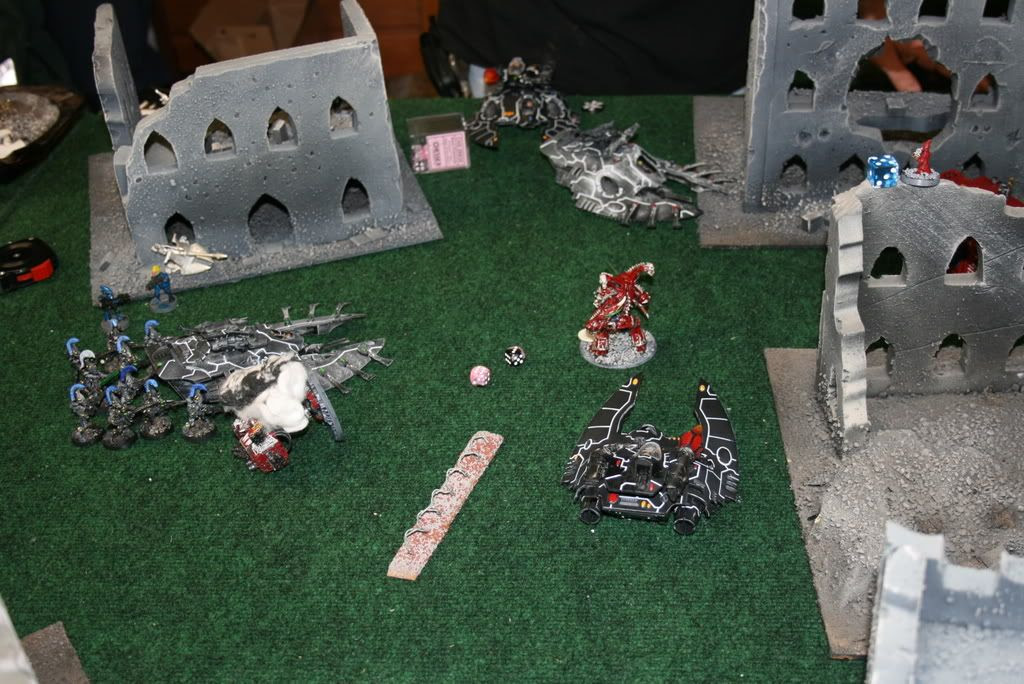 - Fire Prism scattering on itself twice.
- Warlock chopping Defiler down to size.
- Termies wiping themselves out with deep strike mishap (I should just start walking these guys...)
- One plain Rhino wiping out 612pts of Eldar through Tank Shocking.

Main objective was table quarters. Tied on that, Scott won on VPs - the rest of my army couldn't live up to the standard set by the "Diablo" super-rhino

Posted by sonsoftaurus at 5:00 PM