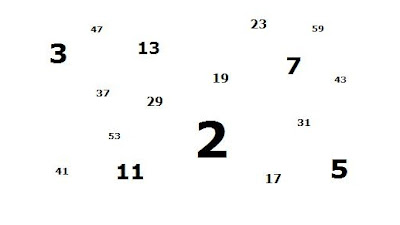 As the series and article titles imply, some simple basics regarding numbers.  This won't be a detailed talk about statistics or anything, just very basic reminders about how the 40K number system works, aimed at newer players.

Attacking AV: When attacking a tank or other vehicle, you're going to be rolling against its Armor Value to see if you can affect it.  To do so you need to at least match (glancing hit) or preferably exceed (penetrating hit) its Armor Value (AV).  You take the Strength of your weapon and normally add 1d6 (monstrous creatures in CC, melta weapons in half range add 2d6 instead).

So an easy way to determine if you can affect a particular vehicle is to add the Strength of your weapon to 6 - if you don't at least match the AV of the target, it's pointless to shoot at it.  So a Strength 4 Bolter will never be able to do anything against AV 11, no matter how lucky your dice are (4+6=10, which is less than 11).  Don't bother trying to line up those sweet rear shots on that Land Raider with your Autocannon Sentinels.

Wounding: The to-wound calculations in 40K are pretty simple.

Start with the knowledge that if the Strength of the attack and the Toughness of the target are the same, the to-wound roll is 4+.  If they're different, it modifies from there.

If Str is four or more less than T, it's impossible to wound.  This is why Str 4 Space Marine squads without power fists hate things like T8 Wraithlords.

To Hit in Assault: This chart is even simpler, with only three possible results.  There are just a couple of rules.

Is the enemy Weapon Skill (WS) less than yours? If so, you hit them on 3+.

If neither of the above situations apply (and barring other special rules, etc.) you hit on 4+.


Also wanted to mention a good reference sheet GW has up on their site.  Click HERE to get it, then print it out and take it with you to your games; saves a lot of time flipping through the rulebook.

Posted by sonsoftaurus at 10:59 AM