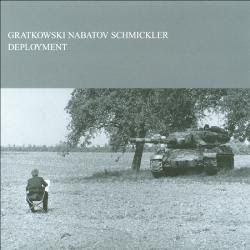 One of the things I have not been thrilled about with 6th edition 40K is the game setup.  One of my favorite parts of 5th was setting up the table and in the case of Seize Ground the objectives before you knew where you would start.  With the 6th setup process (for non-narrative games) it's easier to set things up for your advantage instead of having to react to the battlefield.  Below are my initial thoughts on ways to shake the process up a bit while still keeping the 6th ed Eternal War missions and other concepts intact.

Read more »
Posted by sonsoftaurus at 9:26 AM No comments:

Give a little bit 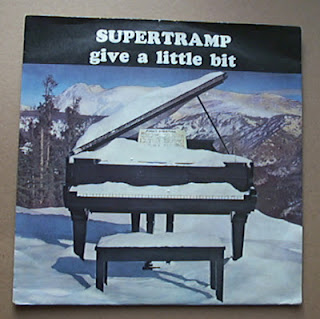 (another repost from an article I did earlier for Deepstrike Radio)

We all know that there are a lot of really awesome units out there that just don’t see the table that much.

It’s the same with a lot of upgrades that could be fun but we leave off.

I’m looking at you, plasma pistol!

Why is this?  Points of course.  Either as individuals or as a community we have decided that X just isn’t worth the points.  It’s just a little too expensive.  Y can do the job for less.

I say that we should all try to find a little room in our lists for some pizzazz.  A long time ago I read an article by Dennis O’Neil that talked about the Japanese artistic concept of wabi; roughly that something imperfect can be beautiful because, not in spite, of that imperfection, like how a leaf that has been nibbled on a bit by a caterpillar can be more interesting than a supposedly perfect, untouched one.

We should bring a little wabi into our army lists.

I’m not saying go crazy.  But surely we can find a few points to “waste” in most lists.  After all, when we look at these inefficient units and upgrades, for the most part they’re not total wastes, worth zero points.  Instead we say that they’re overpriced – if they were X-3 points each instead of X we would use them.

Let’s give a little bit, and accept that extra price.  Do you think Possessed are four points too much?  So a unit of ten is 40 points too much?  In a 2000pt army, that’s 2% of the list.  Would that really break you?  I’d wager that if you like the idea of Possessed, you’ll be happier in the long run with them instead of the extra Spawn or ten zombies or whatever you would have bought instead.

Set yourself a goal, or if you prefer, a limit as to how much you’ll “waste” in a list to make it more enjoyable for yourself.   Could be 1%, could be 10%, whatever you’re comfortable with.  Then see how overpriced you think the things you like are, and see if you can fit them under your threshold.
Try it out.  I think that you’ll enjoy your armies and games more, and you may even surprise your opponents.  For myself, I know that I’ll be trying to cram some plasma pistols into the new Chaos Marines I’m making.

I just wish there was a way to add them to Possessed. 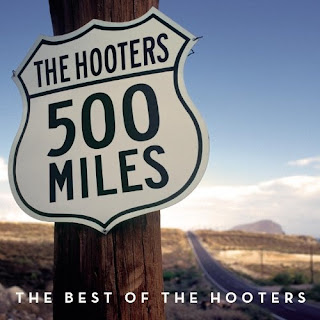 Not exactly true that.  I've gotten a lot of hobby motivation through the blog and made contact with a lot of great folks both here and on their own sites.  I'm glad I do it, and look forward to continuing with it and hope you'll continue down the road with me. Thanks to Da Masta Cheef's suggestion, I've added a pistol to Hannibal to help 40K him up a bit.  Fits nicely in the space available. Pistol from some CSM frame or another.  Once he gets sealed he'll be ready to lead some Scythiak forces into battle.

I've also begun the process of doing some regular CSM squads for the Endless Ones.  I totaled up what I had painted already for them, and not counting the Word Bearers I could drag in, I have 1260-something points if I have the zerkers small enough to ride in the Land Raider with Kharn (Kharn, 9xberzerkers, 6xwarp talons, 2x10 cultists, land raider, predator, defiler).  I wanted some actual Endless Ones boots on the table, so am thinking about some regular CSM squads.

Another league battle report from the league at Gaming Underground, this time vs. Leonard's Orks.  1500pts, Mission: Relic, Deployment: Dawn of War.

I set up first and won first turn, but the Orks stole the initiative.  They were a sneaky lot indeed, with Snikrot-led Kommandos and an outflanking nob squad in a battlewagon thanks to their warlord trait.

The ion storms had continued to lash the planet, playing havoc with sensors, making atmospheric flight dangerous and teleportation impossible.  The Imperial Guard forces, under pressure from the Orks, were desperately scouring the ruins of Hive Absolom for communications equipment their engineseers assured them was somewhere within the rubble.  With that equipment boosting the signals of locator beacons, Space Marine forces cooling their heels in orbit while the world was lashed by storm and Ork alike could begin teleporting down to the battlefields and begin the rollback of the Xenos.
Auspex teams from the Merkan 76th believe they have found the equipment and forces are dispatched to retrieve it.  But the enemy has been drawn to the area as well...

Read more »
Posted by sonsoftaurus at 12:40 PM No comments:

Hail Hydra! And other WIPs Destroy one tank and two shall take its place!

It's been pretty wet and cold here lately, so I haven't had a chance to seal the things I've been getting finished, but other than that I'd say they're pretty much done.  Here's the counts-as Hydra.
Read more »
Posted by sonsoftaurus at 10:26 PM 6 comments:

(This is a repost of an article I originally wrote for the Deepstrike Radio blog.  I expect to bring things I post there over here in most cases after a delay, but definitely check it out for the podcasts and other folks' posts too!)

Read more »
Posted by sonsoftaurus at 8:41 AM 3 comments:

I've made some more hobby progress this weekend.  Above are a pack of 25 zombies, waiting for me to get around to repainting Typhus.  In the meantime they may see use in some RPGs, especially and appropriately enough the zombie survival game we started up a few months ago.
Read more »
Posted by sonsoftaurus at 6:55 PM 5 comments: 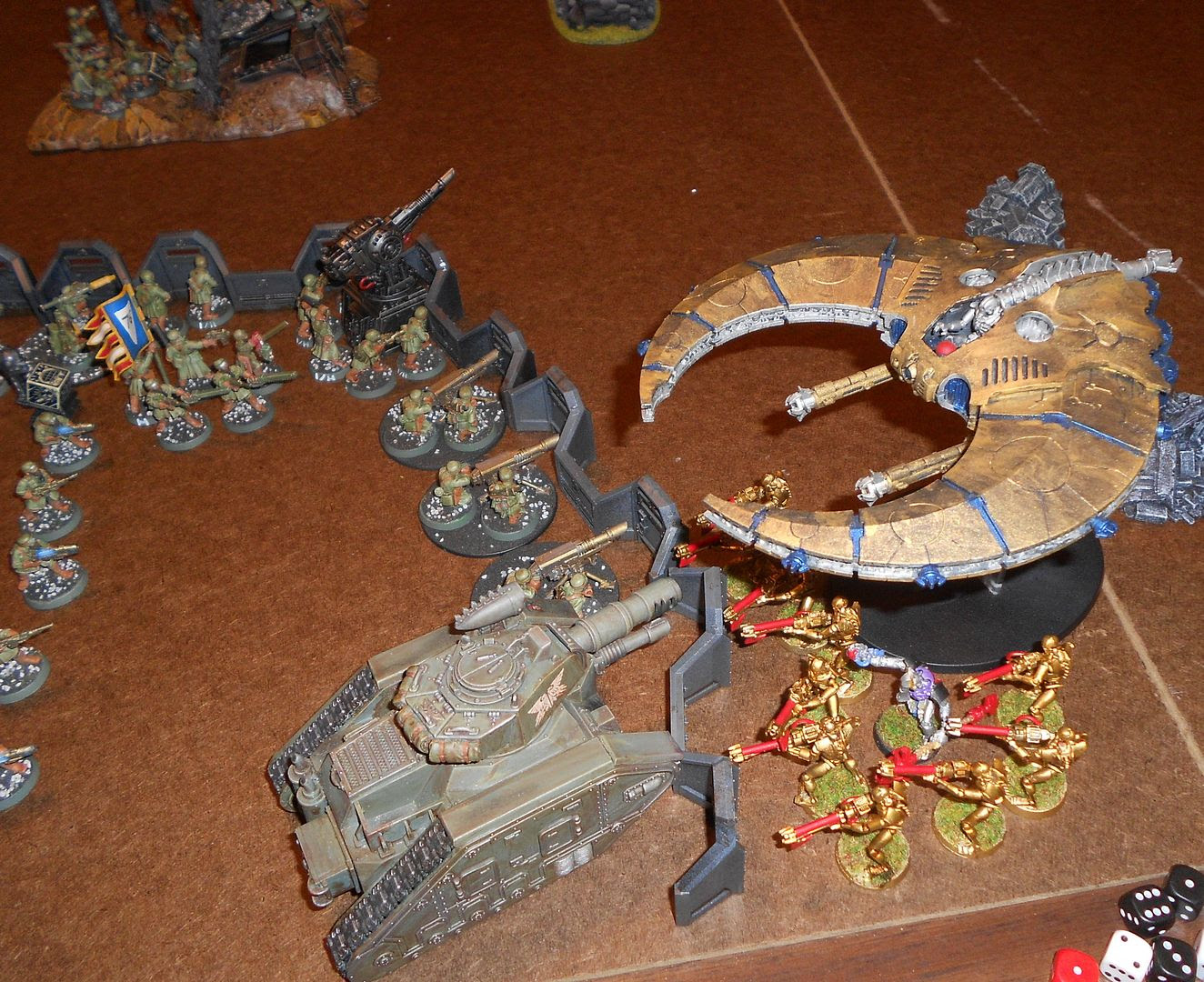 I had another league game earlier this week, with Patrick coming over to pit his Necrons against the valiant sons of Merka.  We had 1500 pt forces, and rolled up a Crusade (five objectives) mission with Hammer and Anvil (short edges) deployment.

Read more »
Posted by sonsoftaurus at 11:24 AM No comments:

Though neglected for a while, I got some more work in on the warp talons this weekend.  They have a little ways to go, basing, likely some cleaning up and perhaps some more shading but being impatient I decided I wanted to go ahead and attach the wings.
Read more »
Posted by sonsoftaurus at 6:18 PM 6 comments: