Read more »
Posted by sonsoftaurus at 8:20 PM No comments: 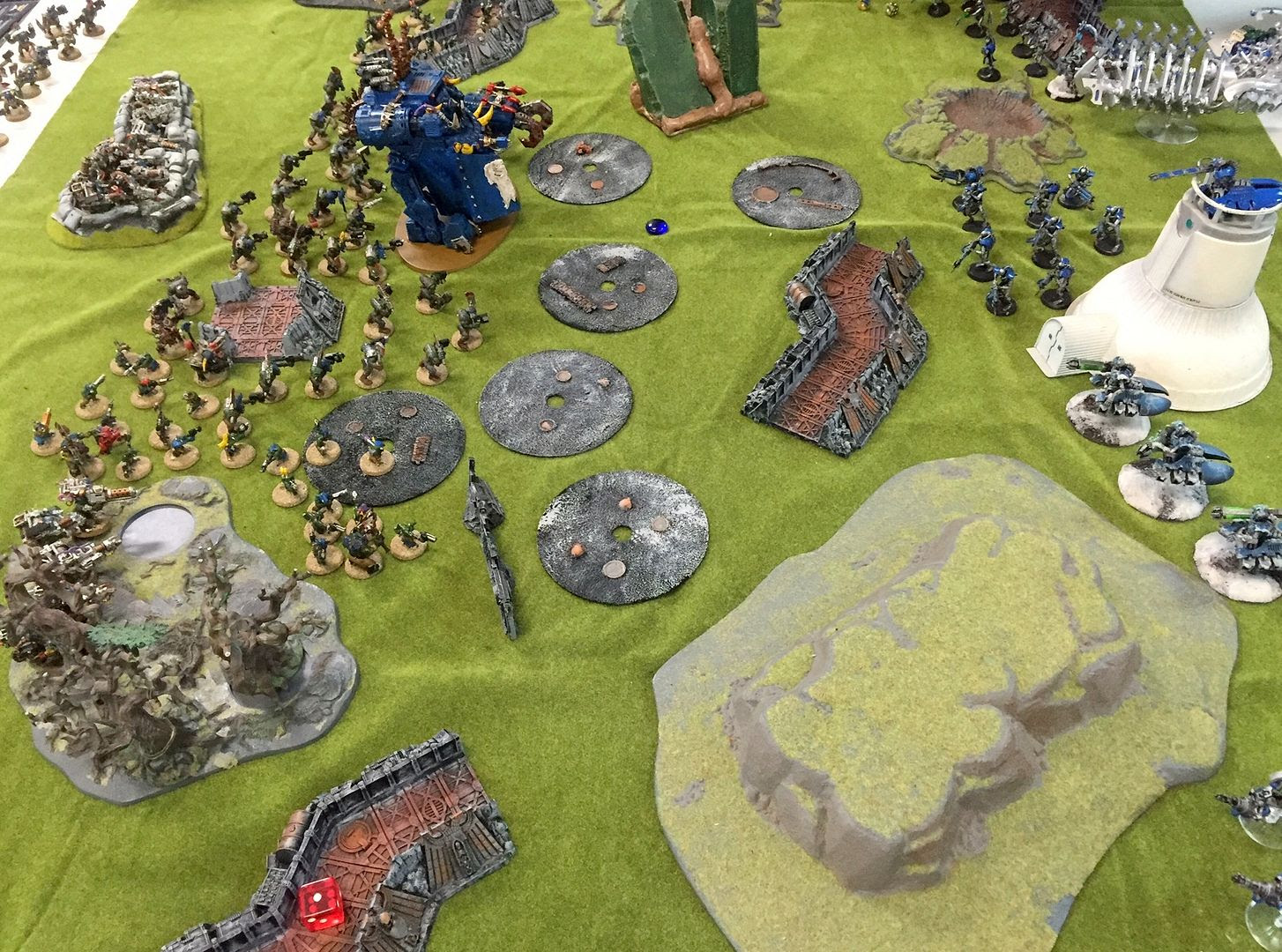 Another week into the Shards of Anaris campaign!  Today we had six players turn out, with Chaos Marines, Khorne Daemonkin, Necrons, Orks, Space Wolves and Ultramarines.  Above, Leonard's Orks and Nathan's Necrons battle over a Shard in an old warzone littered with minefields.

Read more »
Posted by sonsoftaurus at 8:59 PM No comments:

The Shards of Anaris Campaign Report 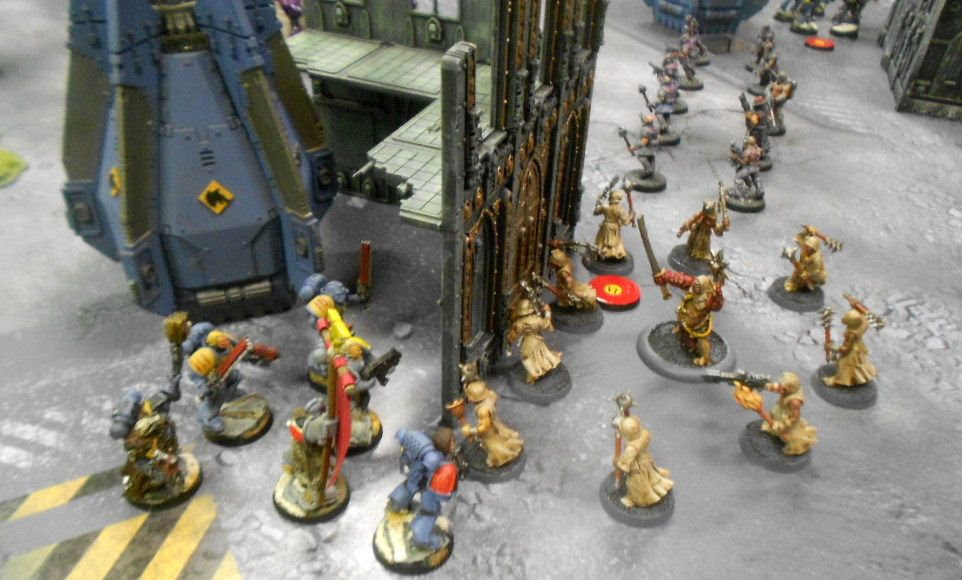 We started our Shards of Anaris campaign a week early as there was a lot of interest in folks showing up.  We turned out to have seven players show up and had five games played, a great start!
Read more »
Posted by sonsoftaurus at 9:14 PM No comments:

The Saga of Karlan, Episode One 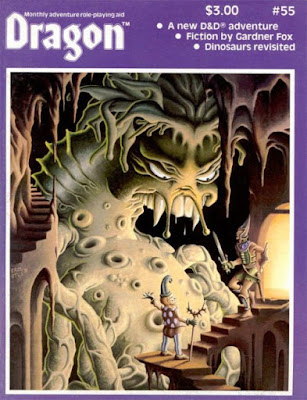 My son (sonofsonsoftaurus) has been getting into gaming over time.  We've done some small superhero adventures with his creation Jalapeno and some small 40k learning games, besides nerd-themed board games like Dungeon.  More recently he's gotten his own small Ultramarine 40K army which he is slowly working on painting and has participated in a couple sessions of Pathfinder games with my regular group and had a blast.  He wanted to do a solo Pathfinder game, so we made up a half-orc barbarian for him, Karlan.  Since he would be alone at least to start we made him second level.

My original plan was to take him through the old module In Search of the Unknown, an old favorite of mine but I could not locate my copy.  Instead I flipped through some old Dragon magazines and found The Creature of Rhyl by Kevin Knuth in Dragon #55 (November 1981).  Nice little low-level dungeon crawl.  Pathfinder characters tend to be much tougher than old Basic D&D characters, and there is an opportunity to pick up extra help during the adventure so I felt it would work out well.

Read more »
Posted by sonsoftaurus at 7:33 PM No comments: