A few days ago, I was sitting on a nice PayPal balance from selling my Tau army, when I got an email in from Troll and Toad informing me that, among other things, they had a number of JUNTA boxes on sale.  Now, Junta is a great game, and for ten bucks?  Sold, even though I will likely never get a chance to play it, it will give me fond memories of games back in college every time I look at the box.  I'd occasionally tried getting an older set off of ebay, but never pulled the trigger given the prices asked.  Score!

While I was there, I inevitably checked out other items and made a sizable order.  I buy a lot of the Heroclix and other prepainted singles that I get from T&T, and even at prices like 49 cents each they can add up fast!

Today the box arrived, and I was a bit concerned about the size.  Did I really go THAT crazy?  Well, let's open that puppy! 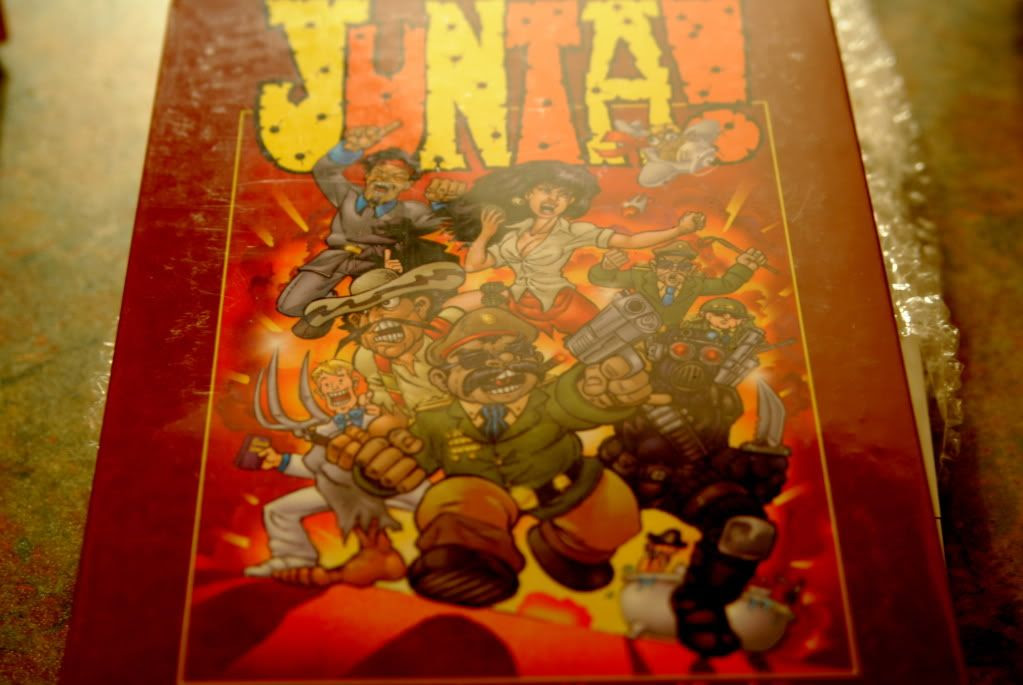 League Decision - Rise of the Scythiak! 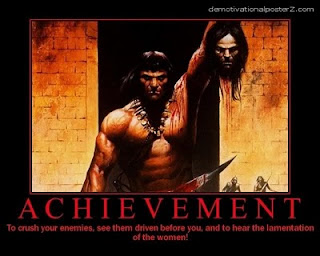 Thanks to all that responded in the comments or on the poll regarding which army to use for the local spring/summer league!  The advice was running a three way tie between the Orks, the Scythiak, and the Space Sharks, so there was no clear favorite there.

While "The New Adventures of Mother Goose" (ugh) ran in the background earlier today, I broke out army lists, army books, and the league escalation rules and worked out potential armies for the three contenders.  They all seemed OK, so no real stand out there either.


So, modeling and time wise I went ahead and cut out the Space Sharks.  For the early phases, even assembling (to level I would want) the thirty marines, rhino, and pod over the next month (with the bulk in the next few days!) would be unlikely to impossible.  Out they went for now.

So Orks and Scythiak.  Both could be fun, and I could add stuff to the Orks, but the Scythiak still need finishing up, and they seem to fit the intent of the league better.  I am in fact still building them up, rather than the Orks where I would just be pulling from a fully finished army.  Add in the incentive that hopefully there will be plenty of loyalists and even some new Grey Knights running around, and a Chaos aligned army is appealing.  So the Scythiak it is!

For the first section (500pts) here's what I'll be using:

I had thought about leaving the HB squad out and sticking a smallish psyker battle squad in instead, but decided not to be that much of a jerk in the lower point levels, where chasing off one unit would be half of someone's army.  The sorcerer cabal will show up in higher point levels though where they're not so potentially icky. 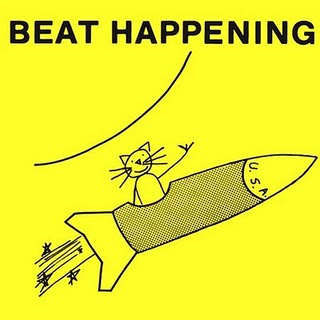 I'm still debating which army to use in the local spring/summer escalation league - hit the poll on the right to share your thoughts and/or check out the last post for the details.

The Tau Grand Alliance has sold, and should be headed off to New York later today.  I'm sad to see them go, but hope they'll end up with someone who will use them more than I have recently.

Despite having a lot to do, I decided I needed a respite and spent the day at the local Hobbytown.  I played an 1850 game with my Orks against Joshua's Ultramarine scheme but not-Ultramarines marines, Seize Ground Dawn of War.

He let me have first turn, and I deployed my large shoota boyz squad across the center of the table to push his deployment back away from objectives, and left the rest to walk on turn one, with kommandos outflanking.  He just infiltrated some sniper scouts on and left the rest for turn one.  The thin green line kept the marines boxed in for the most part and they had trouble getting to the objectives, and Joshua had some horrible luck with morale rolls for his tactical squads, with repeated pins and falling off the table.  Hurrah for the lobbas!  The sternguard and terminators did a solid amount of damage at the end, and combined with some good maneuvering let him pull out a 0-0 draw at the end from what was shaping up to be a disappointing loss.

After lunch I swapped the Orks out for the Silver Skulls all-pod army, and teamed up with John's Blood Angels against the Eddar and Zach's Tyranids.  Fun game, but a ton of stuff and pretty much at the top end of the level of clutter I can deal with in a 40K game.  The marines made a good accounting of themselves, but in the end the combination of fire prisms and big bugs just did too much damage.

Now off to errands, a ton of reading and finishing up some school projects for tomorrow!

Posted by sonsoftaurus at 9:56 AM 4 comments: Our local club is looking at doing a 40K escalation league over the spring/summer and I'm thinking about joining up.

Part of the emphasis is on building up forces, and I am unsure about how much time I'll have over the next month to get something really rolling, as the end of the semester is going to be a major crunch time for me with major papers/projects due in all my classes.

Selling Tau - giving it another shot

The army didn't sell before, but I cut the price and am giving it another shot. If interested, check out the auction.  If they don't sell this time I'll probably cut my losses and keep them around for when I'm feeling funky.

On Saturday my son and I got out to some of the events for the local Guilford Courthouse re-enactment.  He enjoyed seeing the old houses and the craftsfolk, and talking with the people about what they were cooking, and what he already had for breakfast.  When we went two years ago he mostly enjoyed just running around the tents playing hide-and-go-seek, but he was much more involved this time.

On Sunday we went back for some of the actual battle re-enactment, and he seemed to enjoy it, though we left partway through as the concentrated musket fire became too loud for him.  Still, he's enjoyed marching around the house in his new tricorn using his broom to fight Hessians.

I had planned to game yesterday, hoping to get a chance to tackle Rob's Baneblade.  He hadn't been able to find a taker last time, so I told him I'd give it a shot next time, but still coughing too much to feel good about going down to the store.  Next week maybe.

Taking a break from the Scythiak to do some misc. minor projects in between sleep and working on papers for school.

Read more »
Posted by sonsoftaurus at 8:00 AM 7 comments: 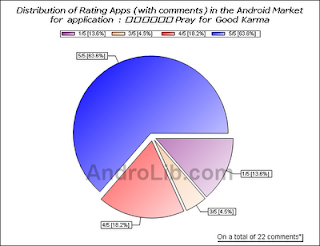 One of the deeper questions of our times...as we reach further with math and science, discovering more and more answers, yet generating more and more questions as we go...our empirical and spiritual horizons simultaneously expand...leading us to wonder, which is more powerful, the hard, empirical bonds of probability and statistics, or the more comforting embrace of karma?  Even at the microcosm of our hobby we frequently discuss and wrestle with this notion, weighing "mathhammer" and "fluffy" play.

Two awesome contests.  One a simple drawing.  The other a raffle.  If you stop by here, you probably already follow the blogs in question, or have seen them in my blogroll on the right.  But to be clear, they are: 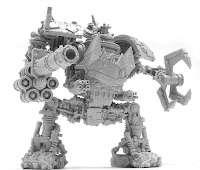 The Pay it Forward Giveaway from Miniature Wargame Conversions.  I won't attempt to list the prizes here, but there's a lot.  Books, battleforce, fantasy army, mega dread and more.  Simple drawing, no cost to enter.

The Sin of Alacrity Raffle from A Gentleman's Ones.  There is a cost to enter, but it's a chance to pick up a table's worth of awesome terrain for a song.  Proceeds go to helping b.smoove cover the costs of his new boards for the Killzone events he's going to run at Adepticon and other con-related expenses.  Assuming he pulls in enough to cover shipping for the beast, but I'm confident that he will.


SO:  What might the outcome of this extra bit of publicity be?  Pointing more people to the contests lowers my own odds based on an empirical view, but does this outweigh the good karma of pointing them there in the first place?  If karma does win out, will it express itself directly, or in a more roundabout way?

Say, one of the gamers I point there wins in my place, and with their prize starts a new army.  They sell off one of their older ones for the extra money to work on the project, and their old army winds up in the hands of someone in my area looking to get into 40K, who can now make a quick jump into the game instead of getting discouraged and giving up.  We meet and I end up with a friend and a regular opponent.  Surely at least as valuable as some physical reward.  Or maybe even more complex, indirect results, like the winner staying home waiting for his package instead of driving to the store to buy a battleforce directly, setting in motion a new world-wide traffic pattern that spares one of my loved ones an accident?  Dude.

But even if that sort of thing DOES happen, is it the effect of karma, or just the cumulative effect of odds and processes that are already in motion?  Or does karma itself have some actual scientific basis that we haven't discovered...yet?  And if we do crack the secret empirically, will the stack of mathematical formulae be able to finish transforming human society where religious and philosophical formulae have only been able to take us partway?  Will we be able to prove the Golden Rule and enter a Golden Age?

Maybe.  Or maybe someone will just win some cool gaming stuff.  Go check 'em out!

Edit:  Well isn't that lovely.  Interesting finding this after such a discussion on karma:
Dakka thread on alleged scam 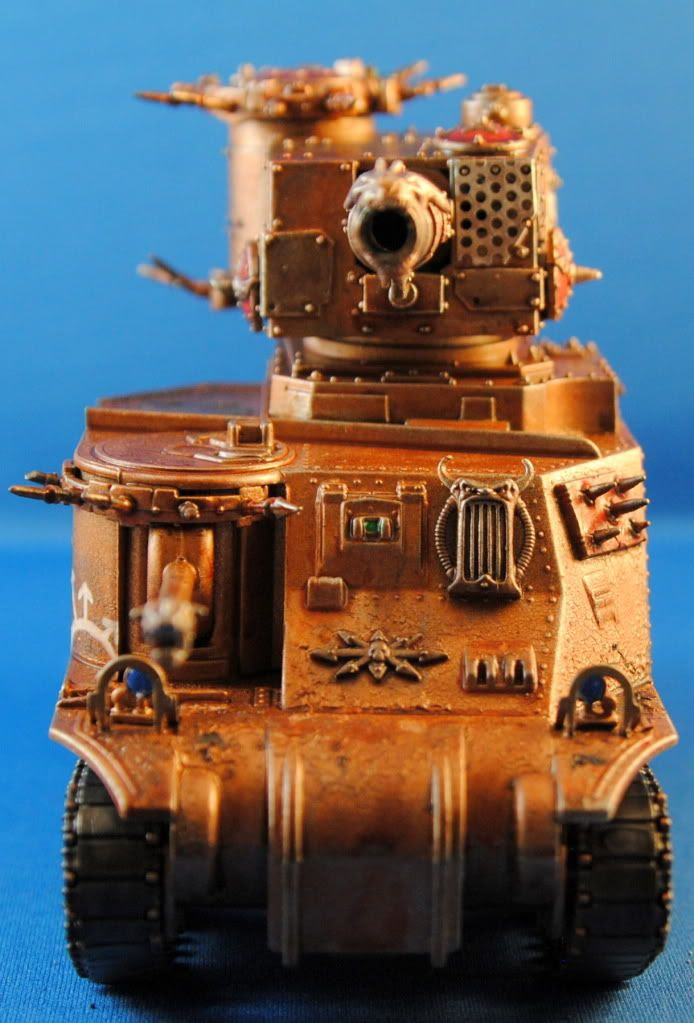 Still deciding on a name for the type, currently leaning towards Phobos pattern battletank.

Didn't turn out quite like I wanted, but overall I'm satisfied.  At least satisfied enough not to strip it down and start over.

I had the honor the other day of visiting the chaps over at The Overlords via Skype and participated in their Room 40,001 segment.  If you'd like to hear what I sound like while being an American git to a bunch of gracious British gents, check out Episode 37.

Read more »
Posted by sonsoftaurus at 7:16 AM 2 comments: