Watch out for the wire! Battle Report Orks vs. Dark Angels 1000pts 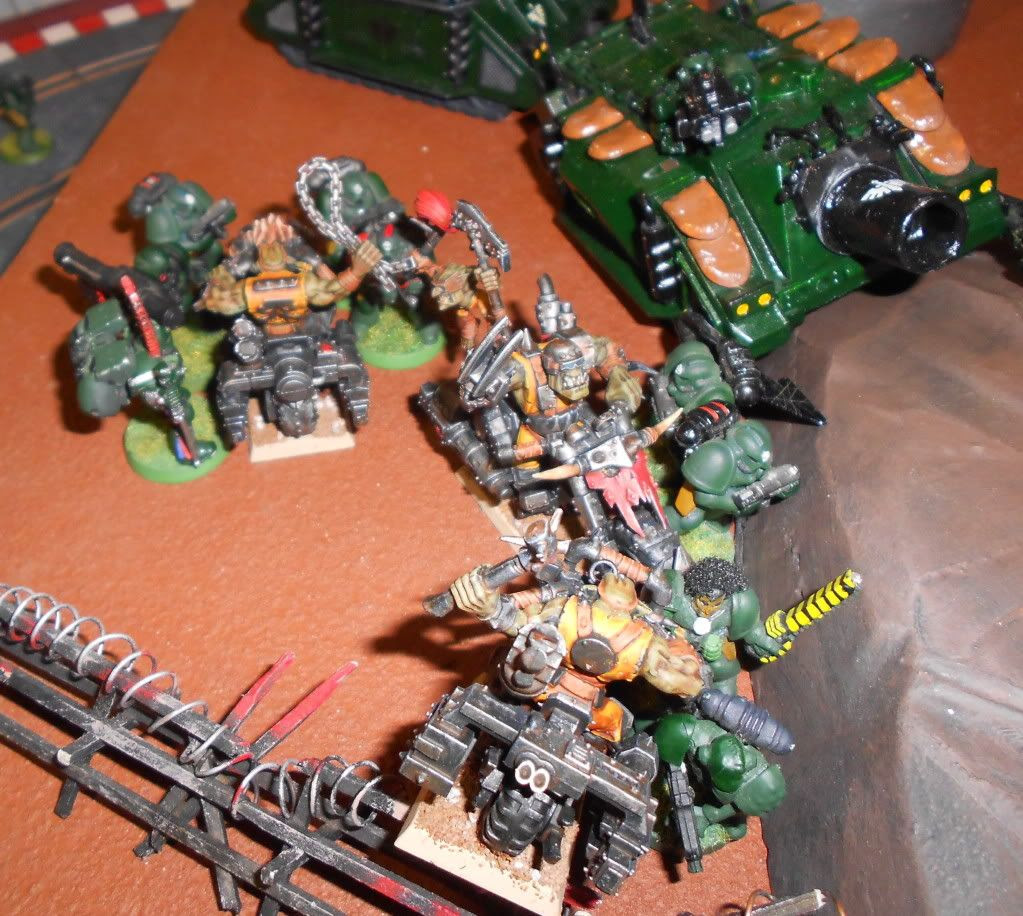 Finally getting around to posting up the second battle I did a while back with Seneca, trying out league lists.


We used the same table as before but switched sides and did a Spearhead Seize Ground with three objectives.  Our lists were the same too, and can be found at the above link.

Official Lost and the Damned on the way as part of 6th ed Chaos updates?

Faeit 212 recently posted up some rumors doubtless gleaned from one of the big forums, but he didn't specify which one.  Poke around places like Warseer and Dakka and you'll probably find more commentary.

Some of the interesting bits were more confirmation that full-on Chaos Marines are eventually going to be differentiated from Renegades, which should make a number of people happy, and will let GW sell more Land Raider variants and Land Speeders to Chaos (Renegade) players.  Also, there are hints that Lost and the Damned and traitor guard focused armies may well be a part of this cycle.

Aside from rules updates, one would expect some new model releases, both resculpts and perhaps some new kits as well as some conversion sprues.  So put aside some of that Necron money and start saving now! 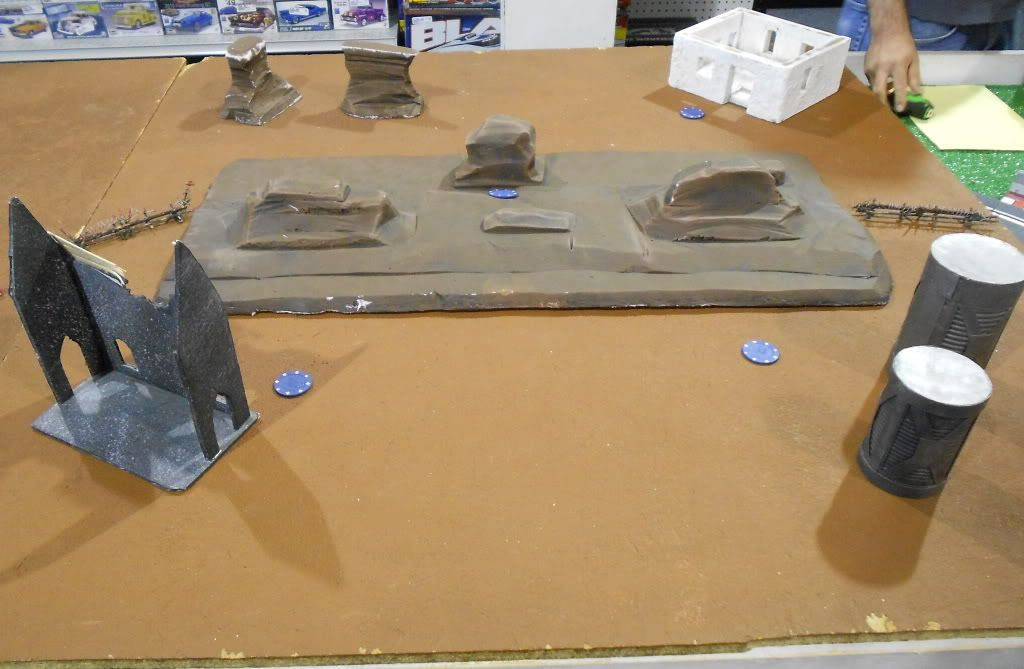 Some of the local players are in the early stages of a small league, starting with 1000pt armies, with larger ones for some battles.  I was thinking about either using my Scythiak or Orks, but decided to bring the Orks for a test run with Seneca, who narrowly decided against his own Orks in favor of his first love, the Dark Angels.  We set up the table and objectives and battle was soon joined!


Another of the local gamers who I really don't get to see very often has started up a blog, and with the quality of his work it should be a great one.  Only one post so far, but start following it - when he gets more up it should definitely be worth it.

Whatadive just started up Casualties of a Paintbrush which should start having some great figures posted as well as other thoughts and whatnot.  Aside from his great work on various armies and projects (his Ork biker army is a treat) he's one of the main organizers for our local GW enthusiasts, one of the main local tournament and event organizers for things like our local Games Days so there may well be thoughts about running local events and community building too.  As he puts it:

I have been a GW gamer for a very long time. Started back in high school in '87. I then got out of it for a bit while in college and then got rolling with it again in '97. I mostly enjoy the games in the following order: Warhammer Fantasy, Aeronautica Imperialis, Battlefleet Gothic, Blood Bowl and Warhammer 40K.

I plan to mainly have this blog focus on  my painting of miniatures whether for my own armies or as various commissions.

So check it out!  I doubt that you'll be disappointed.

Omigodomigodomigod...new, revised X-Com on the horizon? 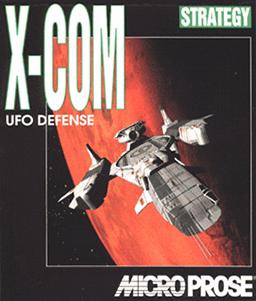 X-Com is quite simply one of the greatest PC games of all time.  If you disagree, go back to your Zeldas or whatever and stop reading here.  For the rest of you, the enlightened, you will be interested to know that a successor to the original game with the same style (which is what made it so awesome) has been in the works.

Daddy, are you going to play Warhammers? 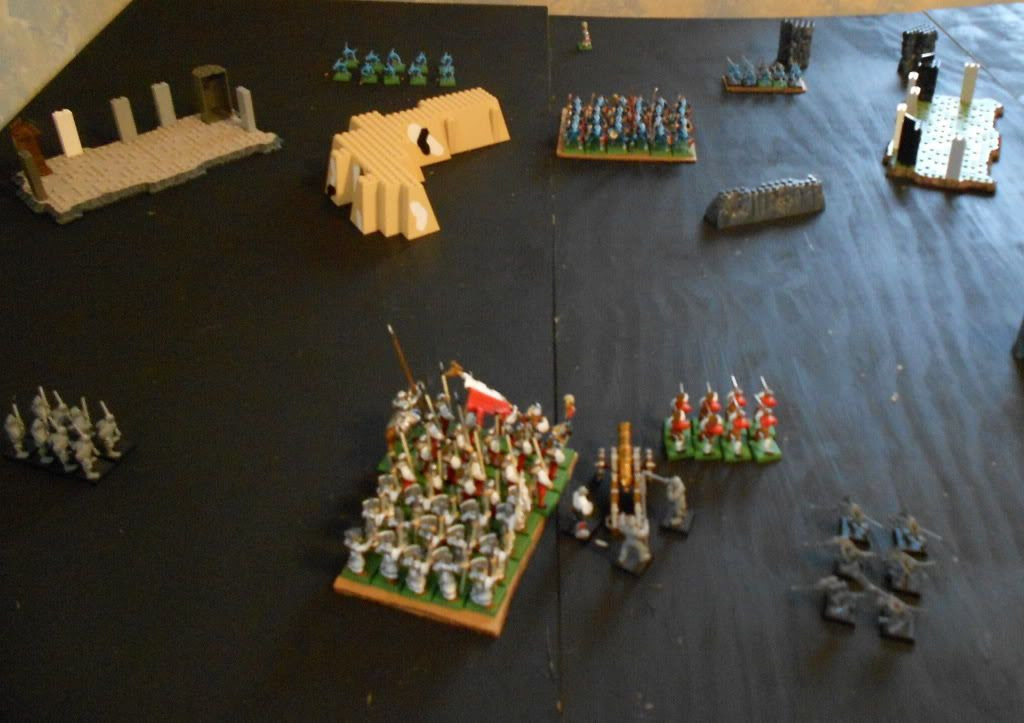 Today I got in a couple of quick Warhammer Fantasy games with Josh over at his house, getting a better feel for how 8th ed works.  We did roughly 500pts with Josh running his lizzies and me running his Empire (with some extra models thrown in to fill things out).

With most of our RPG group unavailable, the few of us able to get together played a game of Dystopian Wars from Spartan Games.  John/vonshoot was kind enough to run a demo game for me and Joel, with me taking on the role of the noble Brits and Joel as the ruthless Prussians.

For those unfamiliar with the premise, Dystopian Wars is set in an alternate past, one of the innumerable Steampunk style what-ifs.  There are Tesla Cannons, force fields, flying aircraft carriers, robot squids and more slapped on top of Victorian/WWI era warships.  If you're familiar with basic "real" naval tactics, a lot of that seems to translate over into the game, which is nice.  The big ships can easily overpower smaller ones, but smaller ships can provide cheap extra defense to other nearby ships, helping to protect against aircraft and torpedoes, which gives you  a reason to include them.

For our game, we each had a battleship, three cruisers, three destroyers, and two bombers.  I have no idea if the points were balanced or not, but it felt pretty evenly matched.  The game was pretty easy to pick up, at least with someone running it and looking up charts for us.  I was surprised at how big the ships were; I thought that they would be a lot smaller for some reason.  Looking at my keyboard, the battleships were about as long as my spacebar and three key rows wide, the destroyers about as big as the enter or backspace keys.  Through Teutonic treachery and good play, Joel won the game, capturing my battleship while he was at it.  Thankfully the admiral died during the boarding action and will not have to live with that dishonor.


A lot of the designs seem cool, though some are over the top in kind of a tacky way.  I'm biased though so don't let that stop you.  I think things like giant robotic squid are cool, but giant tanks with colonnaded domes are a bit much, crossing over into levels of excess that would give Games Workshop designers or anime artists pause.

Bottom line it was a fun game, definitely worth playing.  The startup costs seem pretty low too if you want to get a small fleet of your own.  For example, here's a bundle with the fleet I had plus six extra small ships: BRITS

Posted by sonsoftaurus at 7:26 PM 3 comments: