Miniatures and Chocolate! Eggs for the Egg God!


Chris over at Sippin' On Paint Water (you're already following him, right?) is having a little contest for Easter.  See the details below! 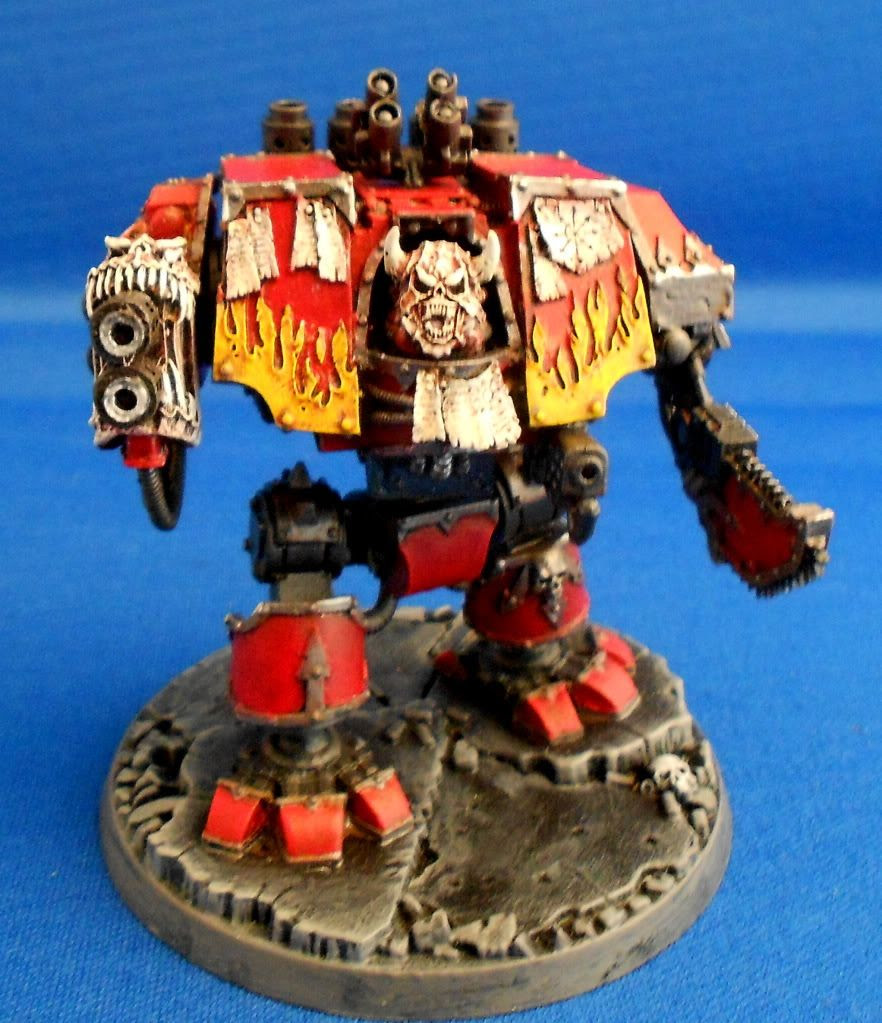 I took some me time this afternoon and took the Hell Hounds over to Hobbytown to see folks and try to get a game in.  Did a little chatting and got a game in with jbowen's Dark Eldar, the same guys (with a different build) that I fought a while back with the Deathfin.

We did 1500pts and rolled up Annihilation/Dawn of War.  I won the roll-off but let him go first, figuring that with Acute Senses he would benefit more if more of my stuff was on the table turn one.

Warboss has a home

At long last, the prize Warboss has a home.  Between months of irregular visits to the local game store and local Ork players not showing up, I had a hard time unloading the fella.  Yesterday I compromised when Impcommander mentioned he had brought his WHFB Orcs for a fantasy game later.  I figured that warp travel can work in strange ways, so the boss found himself among a bunch of primitives.  The shoota-skorcha can be the justification for some manner of magic item, or maybe by now he's out of ammo and just uses it to konk boyz about the head with. 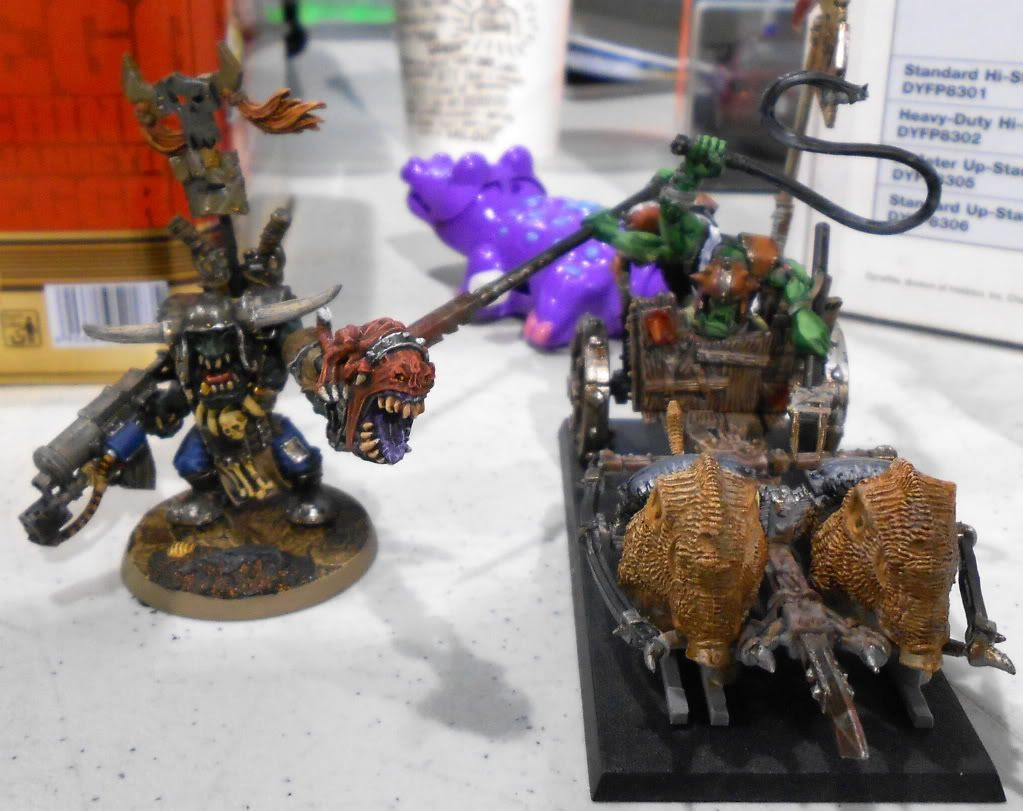 Here he is alongside a primitive warbuggy.

Yeah, he's on the wrong shaped base, but *I'm* not going to try to tell him that.

It was also fairly warm out today, so I snuck out to spray seal the Deathfin.  The extra clear parts of the decals are standing out, so I think I may have to go back over them carefully with some black (or whatever color is on the part with the decal) to cover the untrimmed parts up.  Oh well.