Scott and I both had the day off and decided to use part of it with the next section of the Siege of Vraks campaign.  The first mission was such a blow out for Krieg that we decided to skip the second mission (which is basically a continuation of the first one) and jump to the third.  Chaos is still the defender here, defending a strongpoint in the line as a horde of Krieg infantry attacks.

Read more »
Posted by sonsoftaurus at 12:00 AM No comments:

I did work on the GW scenic bases I'm going to use for the Iron Warriors, and am pretty happy with how they're turning out.  I didn't have quite enough 40mm and no 60mm, so I made one of each to throw in and use for my captain and the contemptor.

The figures I have at the moment are primed, so soon I will be slathering metallics and washes on.

Posted by sonsoftaurus at 8:34 AM 2 comments: 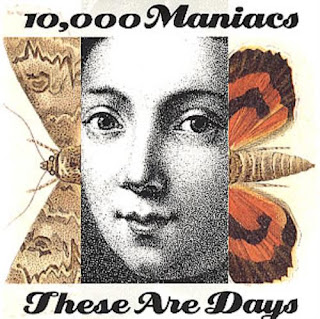 More things continue to pour forth from Games Workshop these days, things that not too long ago we thought we'd never see.  "The crazy old days are in the distant past" we said.  "GW is just in a rut of re-releasing the same things over and over" we said.

Then we start getting hit with Skiitari, Adeptus Mechanicus, Deathwatch, Genestealer Cult, plastic versions of Horus Heresy stuff/different marine armor marks, and now a daemon primarch and plastic Thousand Sons with their own codex.  The crazy days are here again.  Enjoy them!
Predictions if this trend (hopefully) continues:

*Plastic Sisters of Battle, with their own codex, including frateris militia.  We've got cultists and beastmen and genestealer cultists, why not militia?

*The other three cult daemon primarchs, with cult codexes.  World Eaters, Death Guard, Emperor's Children.
Those two are pretty much definite, unless they change direction drastically.  They've done that in the past, but I'm optimistic GW will hold to this course for a while.  Other predictions:

*Squa-  no, I don't think they'll go that far.  But I do expect they will make Dwarves for Age of Sigmar that are pretty close, finding a fit for them there.
*Eldar Corsairs - either incorporated into generic Eldar or as a sub-faction
*Plastic Sicaran tanks - they're pretty popular, and the popular Forge World stuff tends to make its way to plastic.  I expect they'll get retconned in as more prevalent than previously thought.

This wild expansion does bring some problems.  The more moving parts there are in a system, the harder it is to balance things, and the harder it becomes to make changes without blanket invalidations, and the longer it takes to update things.  But enjoy the variety and craziness.  This is another Golden Age, when you can see Adeptus Mechanicus battling Genestealer Cults next to a table with a plastic Thousand Sons army facing off against Harlequins.  Drink it in.

What have we not seen yet/have teased already that you'd want to see?

Posted by sonsoftaurus at 8:57 PM 2 comments:

We're starting up a Kill Team campaign over the holidays, using GW's Into No Man's Land set (see your local store or online such as HERE for details.

Today we clarified if we were going to do any modifications (set leader and specialist skills for the duration) and got some test games in.  Only three of us showed up, which made the meeting portion of the day go quickly, but hopefully is not an indicator of overall attendance.

Read more »
Posted by sonsoftaurus at 5:05 PM No comments:

Most of the assembly is done for the Iron Warriors.  25 tacticals, 5 assault, 5 sternguard, 15 devastators, 11 terminators, two thunderfire cannons, dreadnought.  Still waiting on parts to do a Mk III missile launcher dev squad.  Most backpacks left off until after initial painting.

The bases are temporary, I will be using the GW Sector Imperialis bases for them.  Now that they are assembled, when I get another warm day I'll prime them and get to work.

I also picked up the Burning of Prospero set, pretty neat.  Love the plastic MkIII marines.  A little disappointed in them as a kit in that the only HW they have is a heavy bolter (Mk IVs had HB and ML) and no flamer as far as I can tell (have melta and plasma).  They do have a thunderhammer for the sgts, so I will forgive them a bit.

Posted by sonsoftaurus at 9:54 PM 2 comments: