More Endless Ones: Rhino and "Obliterator" 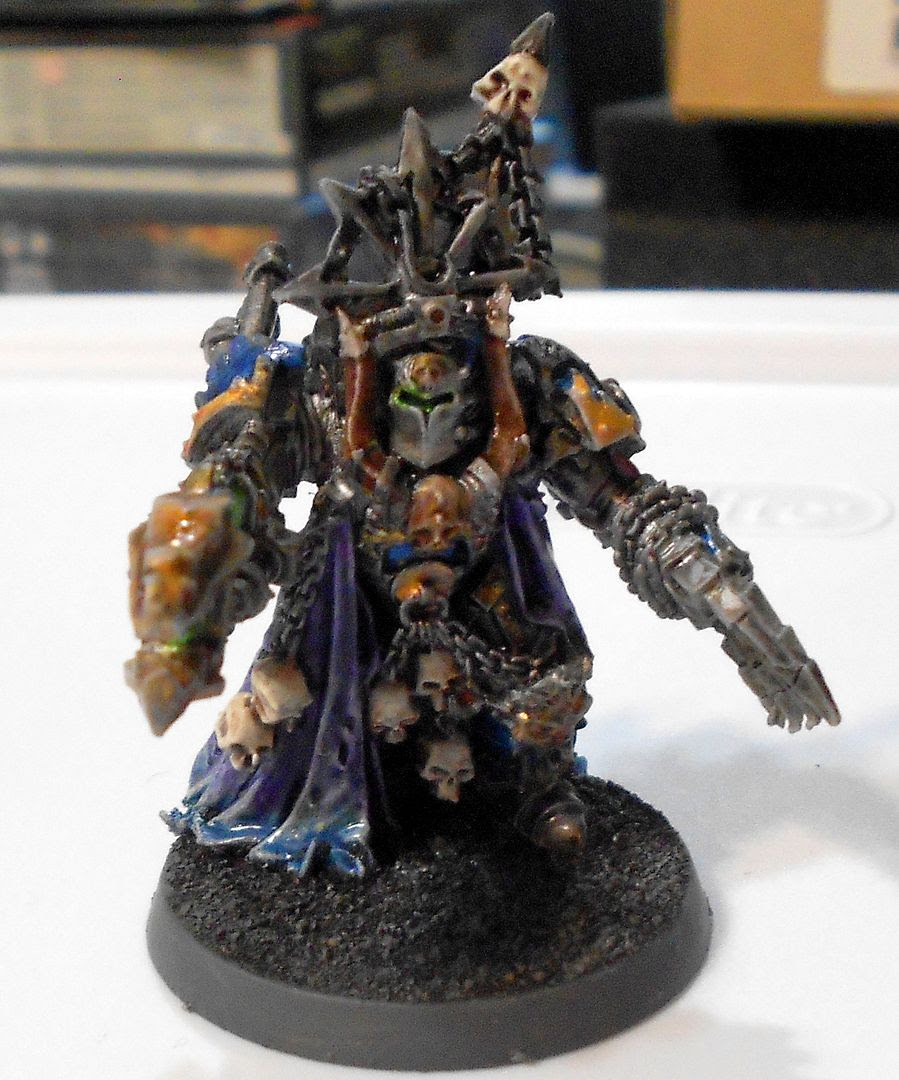 I managed to get a little more hobby time in, so knocked out this fellow, a terminator-armored chaos lord with Kai gun that I plan to use as an obliterator - and have planned to for several editions, but he has finally seen paint! 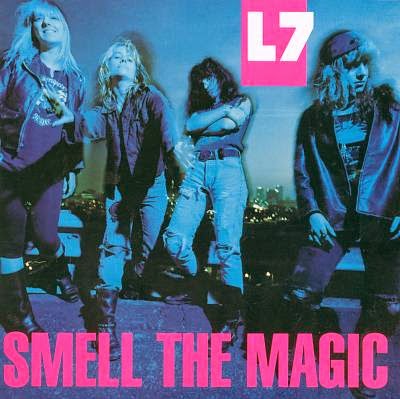 It's a bit early to make sweeping generalizations of course about how 7th edition 40K will affect various armies, but the potential for the daemon-summoning and boosting abilities of the new Daemonology powers is interesting.

A moment of Drama on 7th ed in general.  It could be The Bomb or it could be Bitter Wine.  We don't really know yet until we Bite the Wax Tadpole and see the whole thing instead of the snippets we're currently getting.  To truly see the impact we Must Have More.  Despite my problems with 6th edition, a two-year release cycle is Fast and Frightening, not to mention expensive.  It sounds like they're keeping some things I don't like (such as challenges) but who knows, maybe the total package will give me a Wargasm.  But personally I think I'll pass on the initial book release and wait for the updated DV rulebook before I get back Off the Wagon and back heavily into 40K gaming.

Back to Daemonology.  My Lost and the Damned loving teeny black heart likes the idea, hearkening back to the days of more intimate working relationships between daemons and mortals on the table.  Being able to have a CSM/IG army summoning Bad Things from the Warp really helps Fuel My Fire.  I like how with the conjuration they're tied a little more closely to the summoner, similar to old icon versions.  And with the "Cursed Earth" power giving a boost to models with the Daemon rule if they're close enough to the psyker acting as a Freak Magnet, it will make guys like Warp Talons and Possessed a little more sturdy.  You might even see them on the table from time to time!

Game-wise, the powers seem to offer a lot of flexibility, with crazy choice of what you bring in, assuming you have the models.  Imagine if a Tervigon had a choice of making Termagants, Hormagaunts or Gargoyles each turn, and when almost dead could turn itself into a full-power Hive Tyrant, Mawloc or Tyrranofex.  Crazy.  I do wonder if there will be some fluff restrictions built into the Chaos errata, like if you have a mark of chaos only being able to summon daemons from the same power, instead of seeing Tzeentchian sorcerers bring in waves of Plaguebeaers or a Herald of Khorne as a Lackey.  For that matter, what's up with sorcerers/psykers summoning Khornate daemons in the first place (for a purpose other than killing the psyker themselves)?  I guess as a Khorne player you can take an unmarked sorcerer and call him a "Blood Priest" or something instead and use him to summon whatever blood-spawned Monster suits your fancy.
On one level, I'm a little disappointed in seeing more "free" unit generating things in the game, which can really skew lower point games when they work. In general though I'm happy for the possibilities and look forward to seeing the forces of the dark powers Livin' Large on tabletops soon. 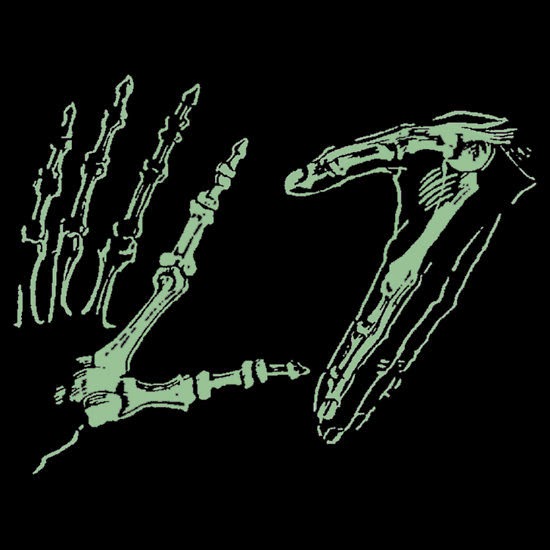 Posted by sonsoftaurus at 8:07 PM 2 comments: