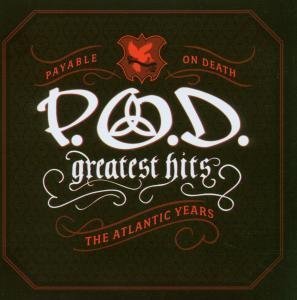 I didn't listen to 40K-related podcasts, much less any podcasts for quite a while.  Eventually I started giving some a try, and have found some entertaining during the nights when the rest of the house is asleep but I'm still up.  I'm sure that there are many other great 'casts out there, but these are just the ones that currently appeal to me more.  I'm looking for ones that mostly deal with 40K, since that's the game/universe I'm more interested in right now and that keep BS to a minimum - some joking can be great, but I don't want to spend my leisure time listening to a bunch of guys talk like hostile 14-year olds.

So just some quick plugs for those I mostly listen to:

The 11th Company - Focused more on rules and competitive play, they talk a good bit about their own games, as well as general issues, interviews and more.  Worth going through old episodes too.  Also big props for putting it out weekly, compared to less frequent and more erratic schedules for others.

The Independent Characters - There's gameplay type talk here too, but a little more focus on background/fluff type topics as well.  Especially worth checking out is Episode 7 where they talk about Imperial Armour 5-7, the Siege of Vraks.

The Overlords - Some talk of gaming, but seem more fluffy/modeling oriented.  Check out Episode 10 which goes over some great alternatives for Imperial Guard type figures from other companies.

The Gamer's Lounge - A bit hit or miss for me, as there's often a good bit of talk about games I don't really care about, like Malifaux.  But thankfully I can just skip ahead a bit and hopefully get to something I'd rather listen to instead.  Broad range of topics, which means you should be able to find some part of the podcast that interests you, even if other parts don't.

The Imperial Truth - Only a couple of episodes so far, and it's been a while since the last one.  I do like the basic idea though, of bringing a couple podcast/blogging people together outside of their own domains and doing a round table on a particular topic.  Hopefully he'll be able to get this off the ground on a more consistent basis.

Deepstrike Radio - Very new, at this point only two episodes, but I look forward to more.  Seem to have a fairly holistic approach vs. total devotion to one aspect, though they do seem to lean towards "hobby" over gameplay.

If you're looking into trying some podcasts out, also be sure to check out Evil Ed's reviews over at From the Warp.  He often goes into much more detail than the breakdowns from the shows themselves do, which can be very handy in deciding if you want to listen or not.

Posted by sonsoftaurus at 4:37 PM