All of us are belong to our basing - thoughts and history 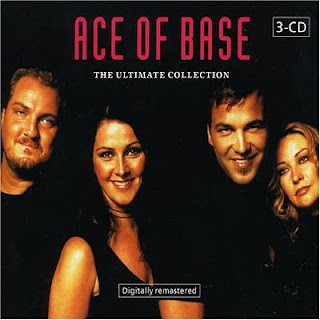 Do you leave them bare?
Do you paint them a solid color?
Do you flock?
Do you add bits?
Do you buy resin bases?
Do you sculpt your own?

Aside from the hows, there's the what, as in what do you want the base to reflect or represent?  I think that good basing helps establish the scene, either in a relatively minimalist way, blending in with the table, or in a more expansive way, creating a mini-scene on the base itself, like with large monsters or dreadnoughts having foes crushed underfoot.

Do you consider the type of terrain you may play on?  If you're just going to tournaments and such with a variety of tables, it probably doesn't matter - just match to your display board.  But if you play frequently at home or on a limited number of tables, it might be good to go for that type of terrain.

Do you consider a particular theme?  If you're building a force of Eldar Exodites defending their Maiden World, heavy foliage and lush scenery is probably more called for than urban rubble, whereas a force from the Siege of Vraks would probably call for the opposite.

Do you consider color combinations and contrasts?  Do you pick base colors because they would look good with your models, or avoid those that are too similar?

Do you just have a set way you do all of them, regardless of the army?

Back when I first returned to 40K I decided to flock the bases of my first armies, the Sons of Horus and the Silver Skulls.

I figured green would be a fairly neutral color based on a lot of the pictures I'd seen of tables and terrain - lots of green fields with hills and some woods.
As a bonus it was different from the black and metals on the figures. 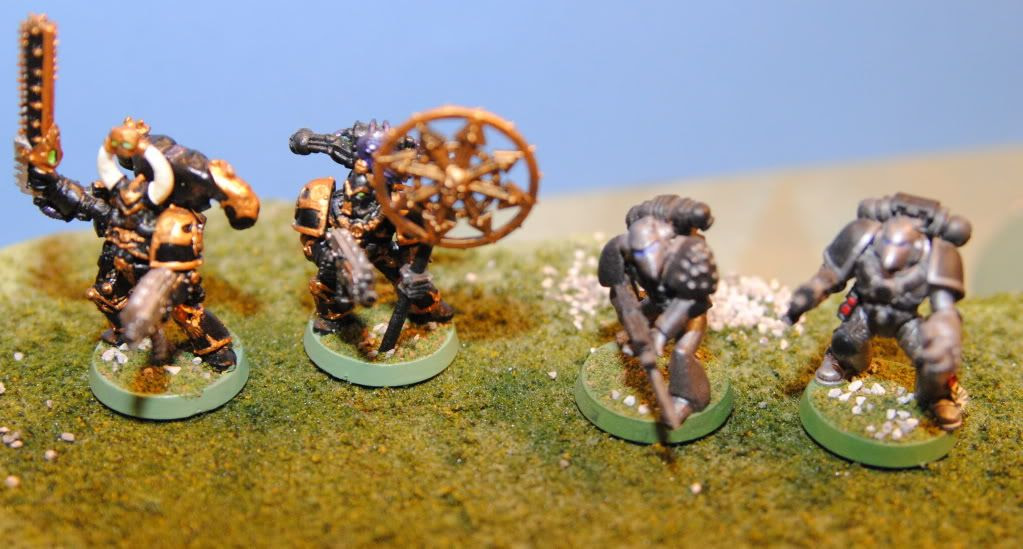 When I started painting some of the hills a fellow group member made, I went ahead and flocked them to match. 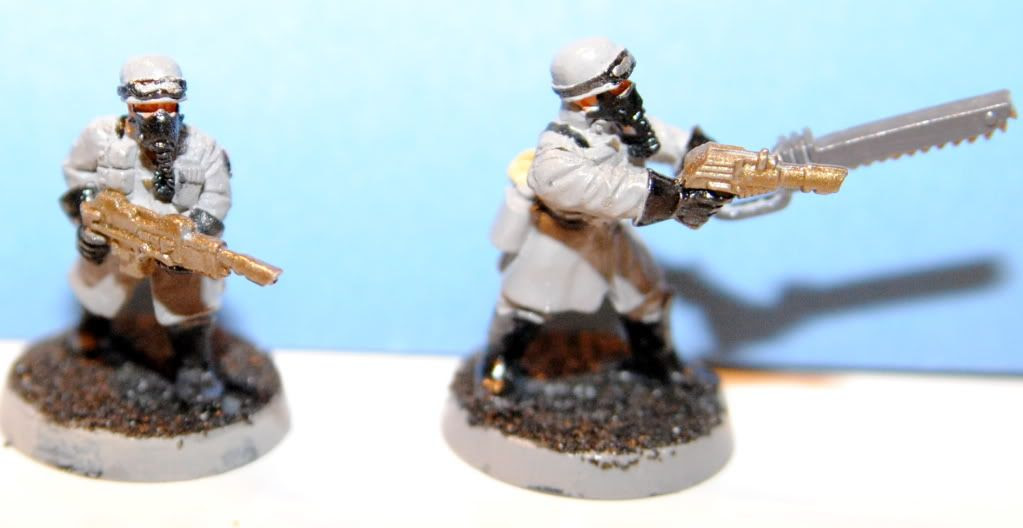 With my Imperial Guard I went with an urban rubble type of basing, again pretty basic. 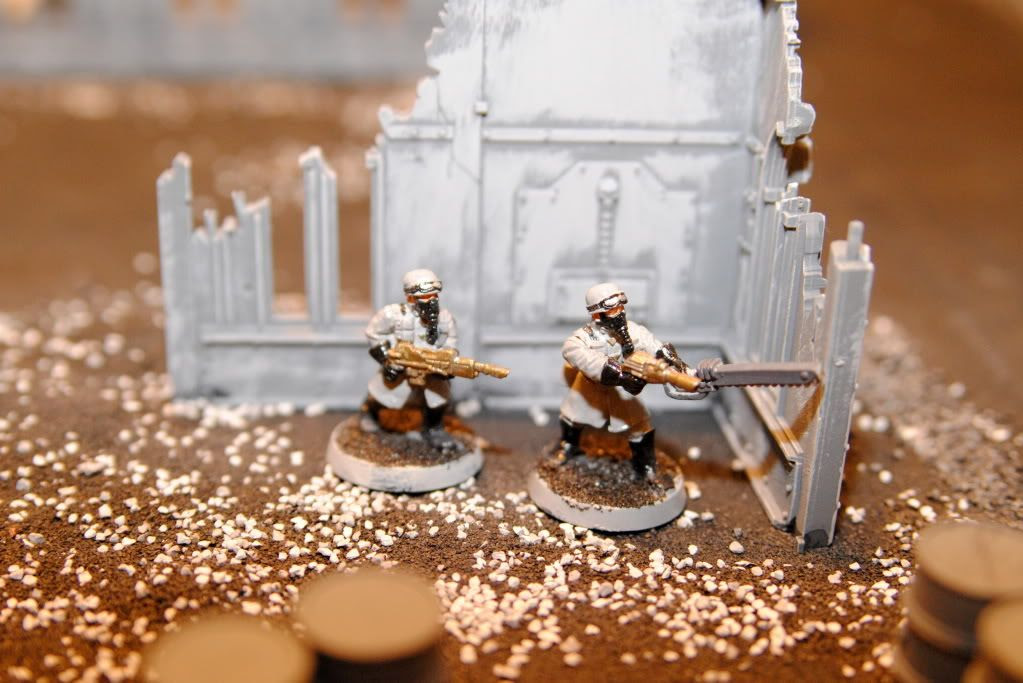 When I built my city table I again built the terrain to match the army, with mostly gray buildings and black rubble.  Here the figures, bases, and terrain all sort of blends together. 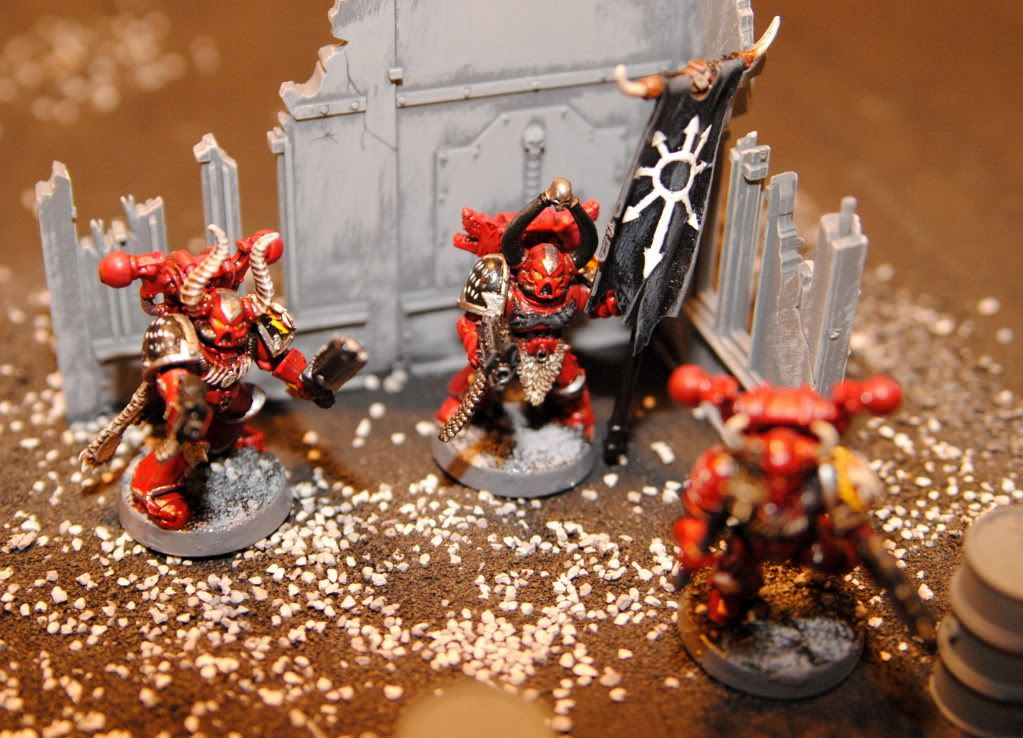 My Word Bearers were based in a similar way to tie into the table, and I enjoy city fighting tables so wanted these guys to look at home overrunning an Imperial hive.  There's a little painting and drybrushing going on here, so they aren't as closely tied into the table as the IG were.  Instead of blending in like the IG, here's another example of standing out from the base and implied terrain. 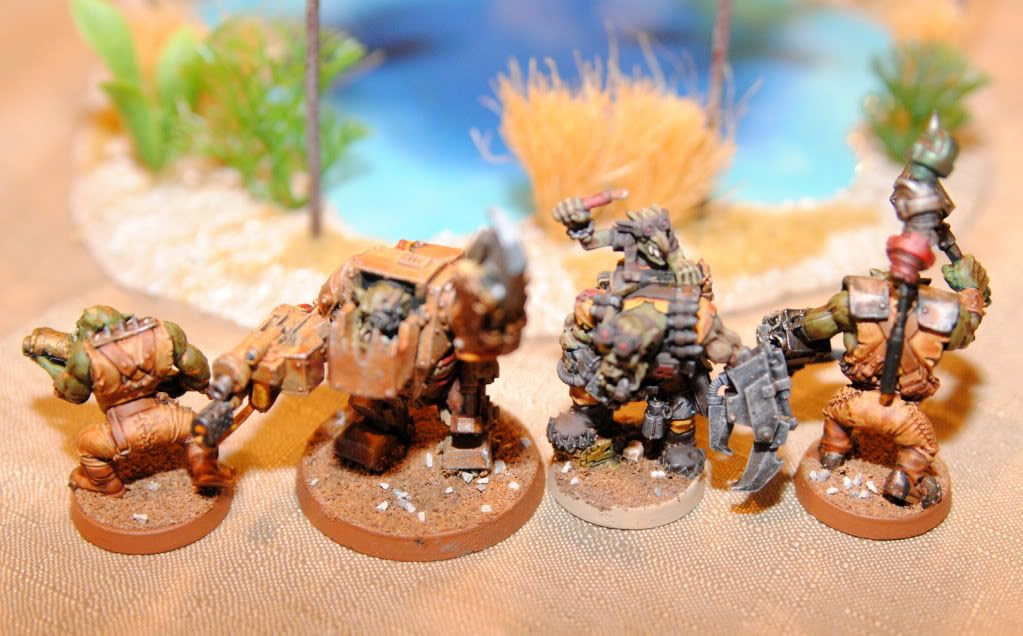 Kommissar Krumpa's Blood Axes were envisioned as a desert wasteland type force, a green-skinned Rat Patrol or Road Warrior crew coming to put a boot up someone's oasis.  Their paint scheme was (mostly) appropriate for that environment, and I wanted the basing to match.  Again very basic, sand with some ballast mixed in as rocks. 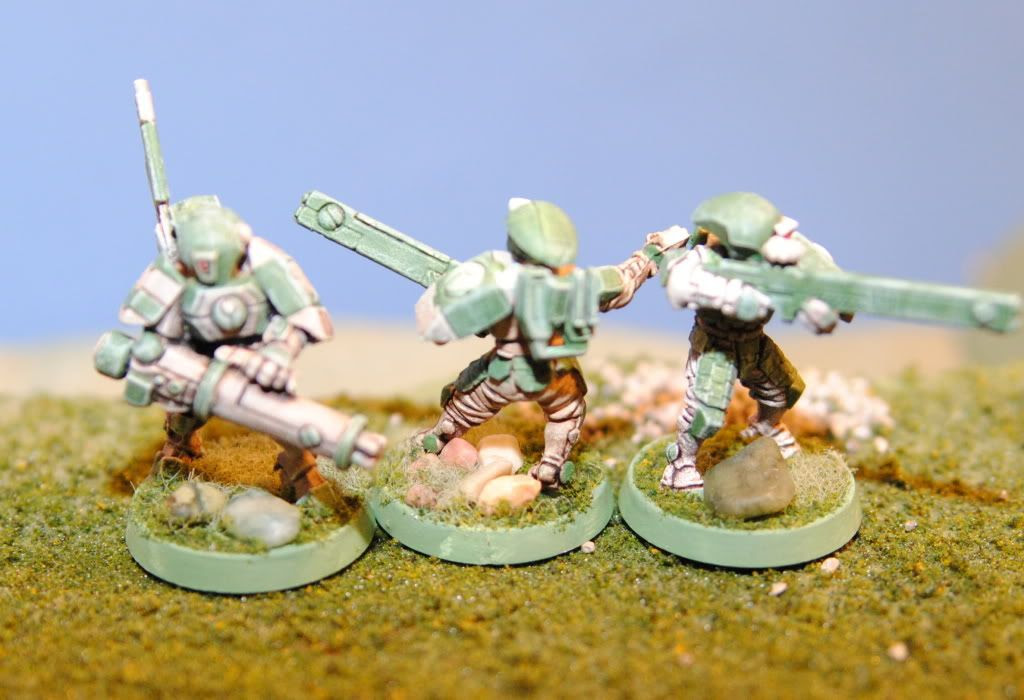 My Tau were built as a woodland/jungle ambush force, so they should tie in to the expected terrain.  The armor was done in green to blend in, and I went a little further on the bases this time, trying out static grass and adding some small real rocks too. 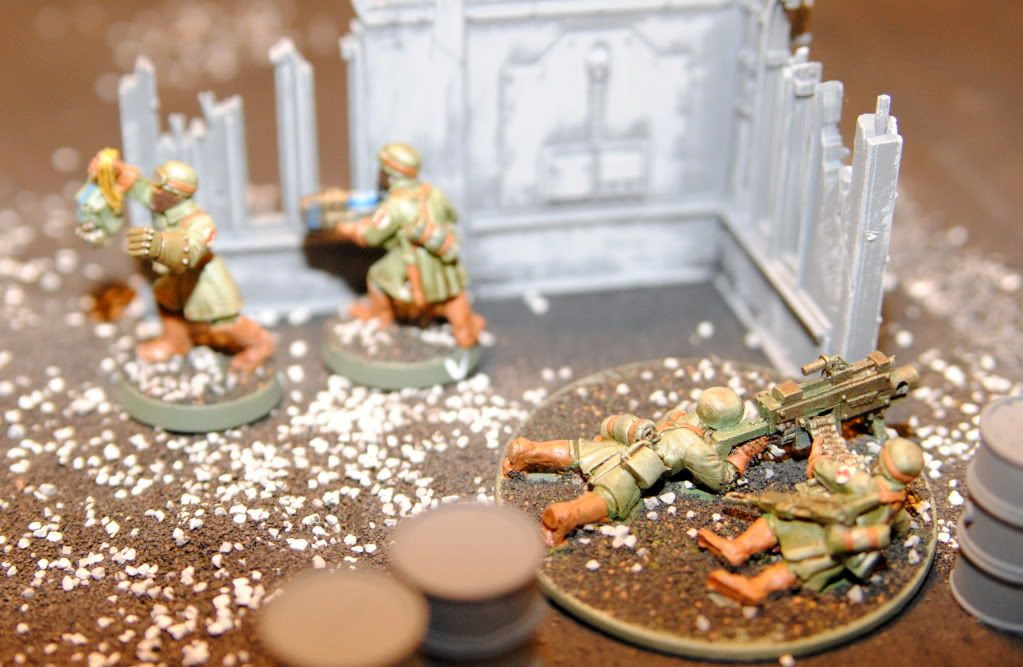 When I repainted my Imperial Guard, I made the basing fit the table even more closely.  Now though instead of blending into a single mass of black and gray the figures stand out a bit more from the bases. 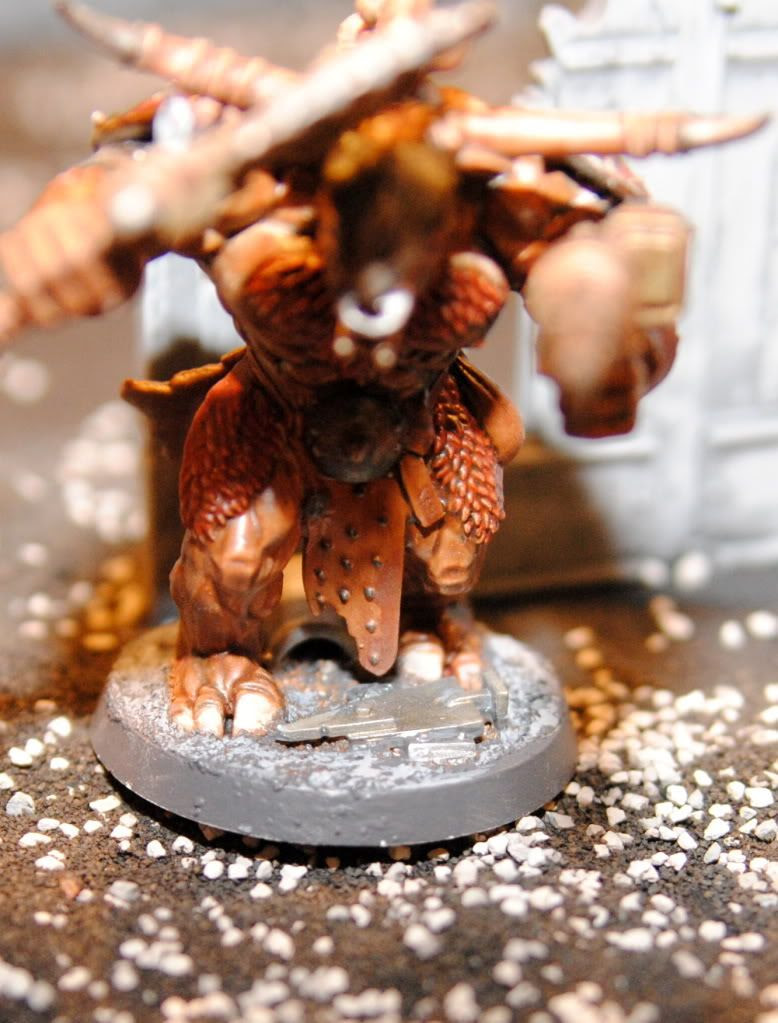 With the Scythiak, I conceived them as a mix of local cultist insurgents and off-world allies, so again urban basing is planned.  Here on Killgore you can see an example, similar to the Word Bearer brushed rubble, and with a larger base you can more easily add some extra pieces on the base for flavor, here some scrap metal and a barrel.


For my WHFB armies, I again went with a basic green field approach, figuring that's what most fantasy tables would be like. 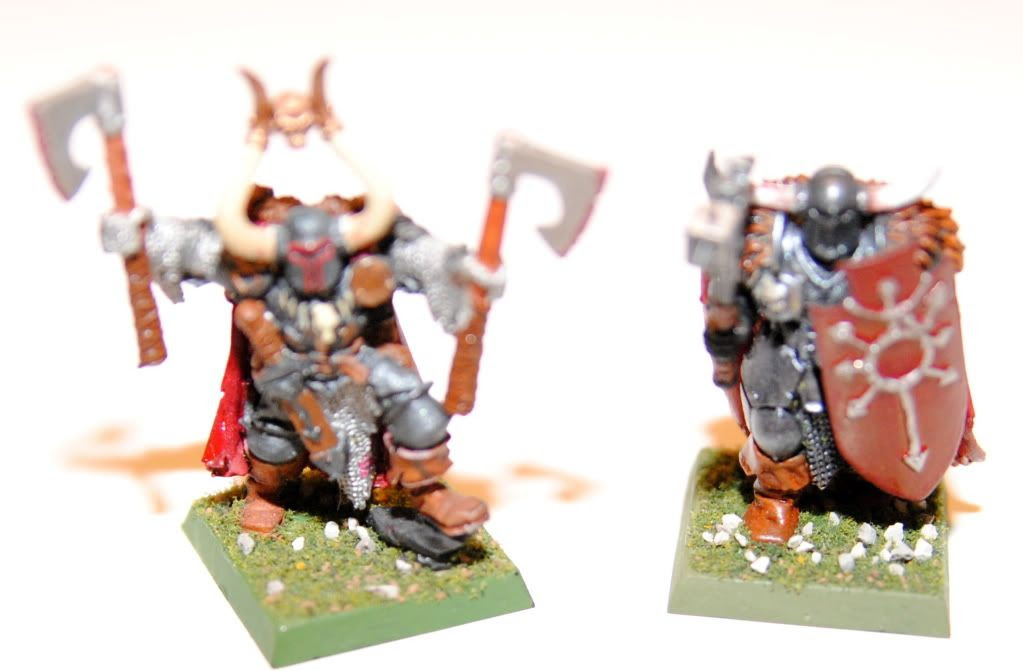 For the figures I paint up for use in role playing games, I'm pretty inconsistent.  A lot of times I'll just paint the base green or brown. 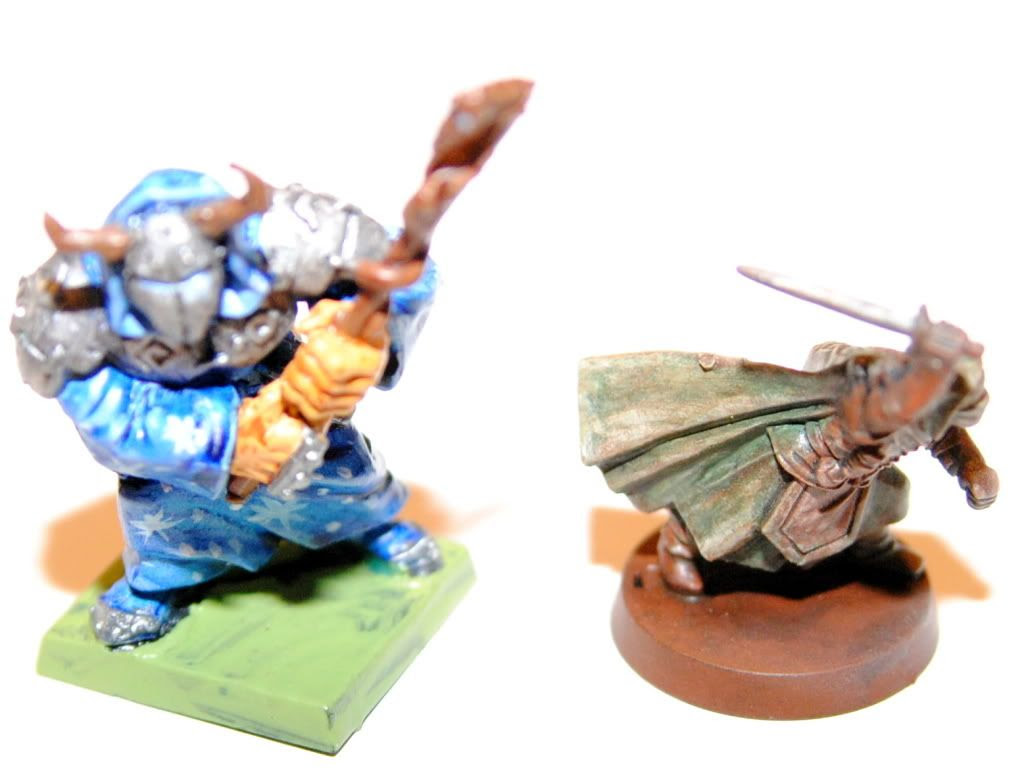 If there's already stuff on the attached base I may paint that in an appropriate manner, and occasionally I may even flock. 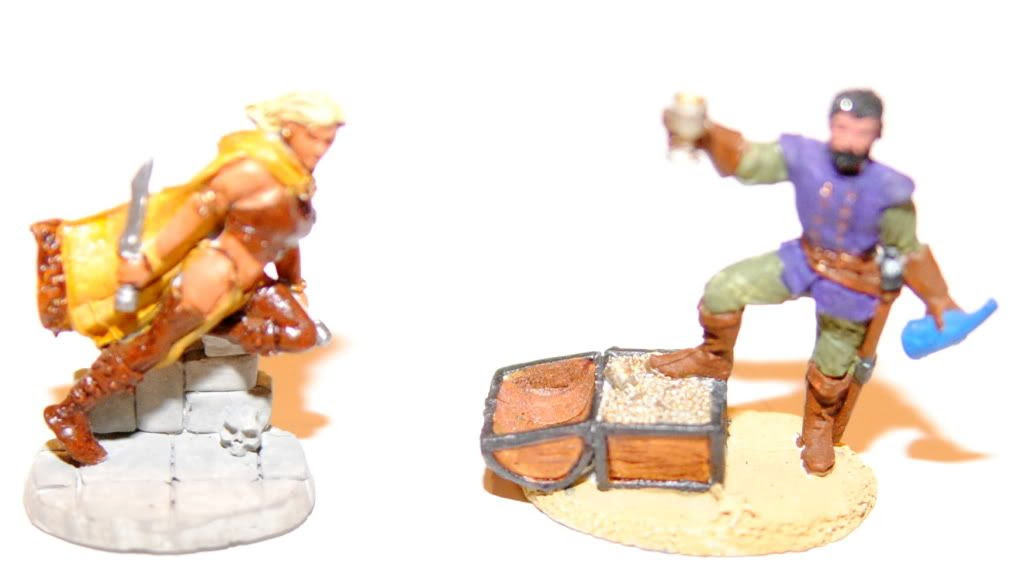 Lately I've started painting a number of them white, since we use a whiteboard for our game maps, hopefully helping the figure to look like it's just standing on the table. 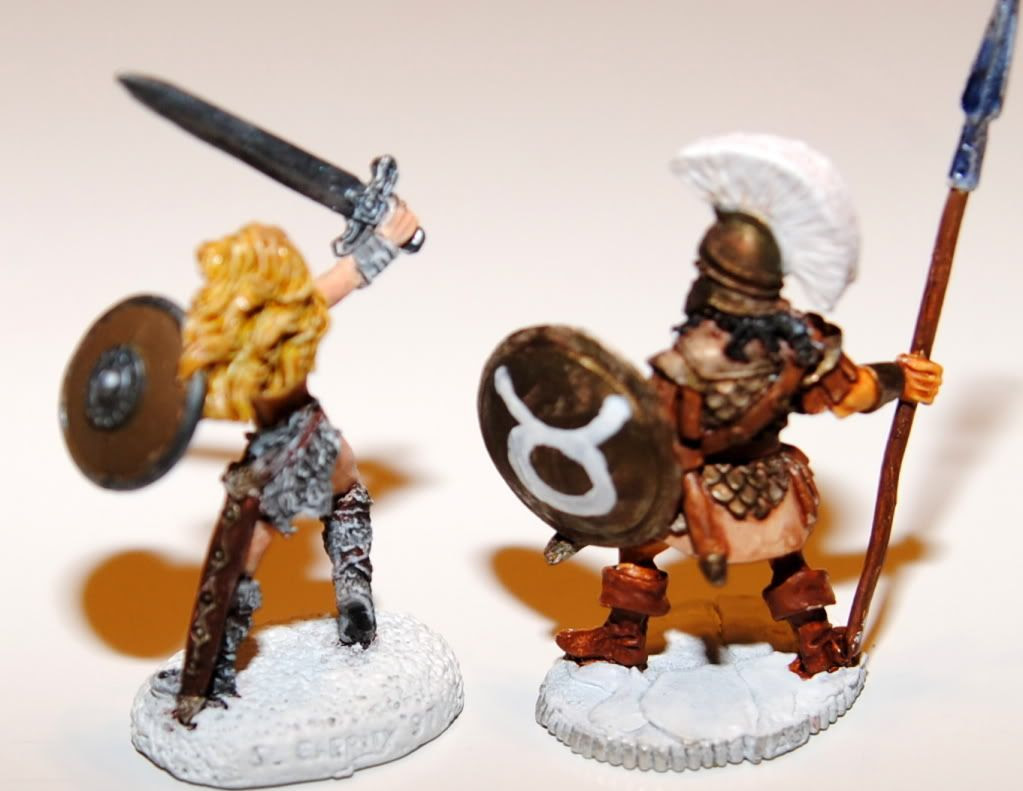 Recently b.smoove at A Gentleman's Ones also explained his way of doing bases.  Brent at Strictly Average also just put up a simple flocking example.  Do you have any particular way you tend to do yours, and why?