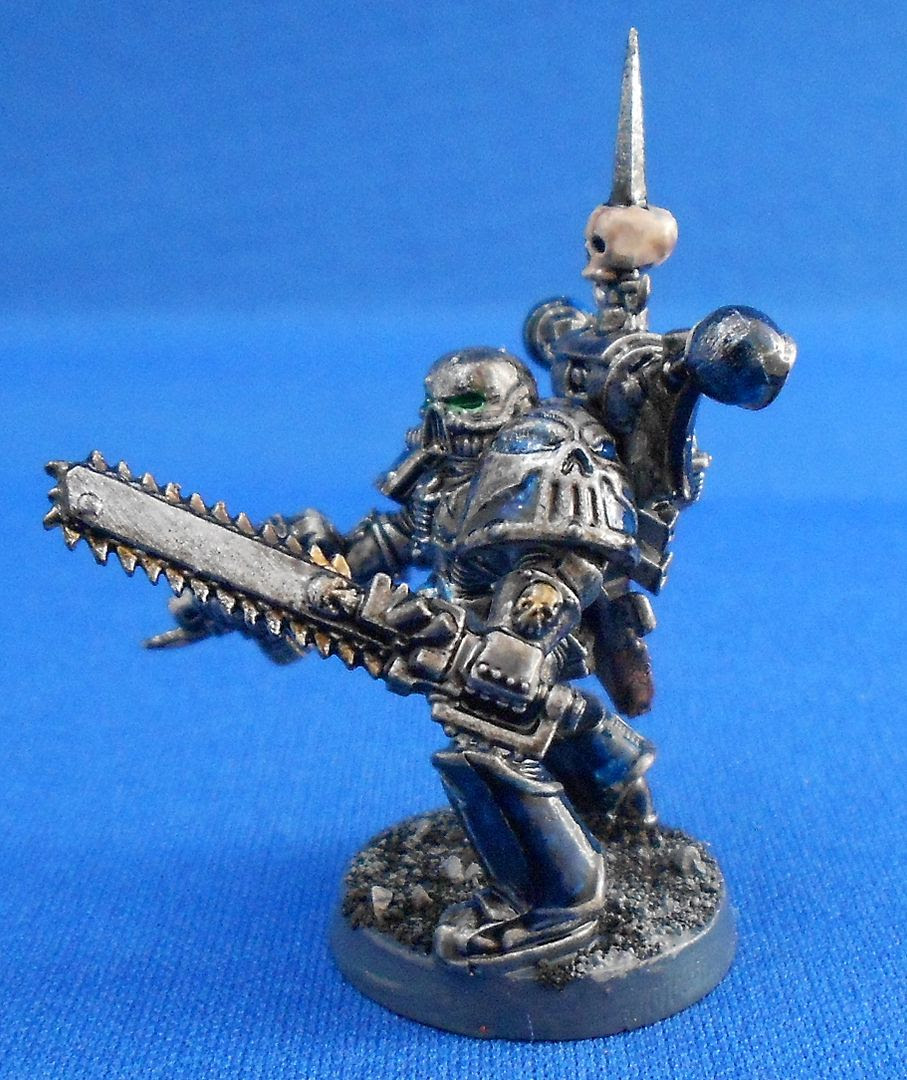 By request, here are some close-ups of the Endless Ones autocannon squad.  As I've said before, the Havoc champion gets the short end of the Chaos stick.  While other squad leaders are charging into the enemy and stacking up Chaos Boons, the poor Havoc Champion's fate is to stand slightly closer to the enemy and hope he keeps making saves.  We salute you! 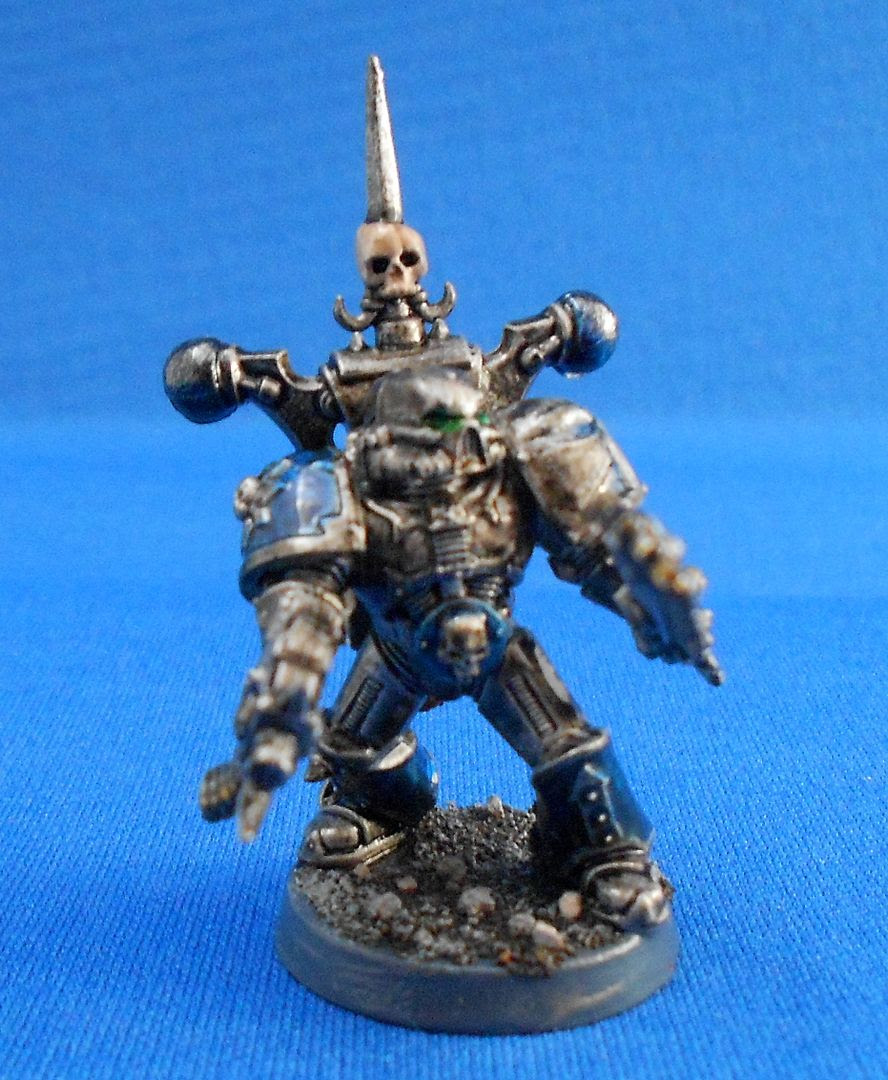 Can just one model in a unit go to ground?  No?  Oh well. 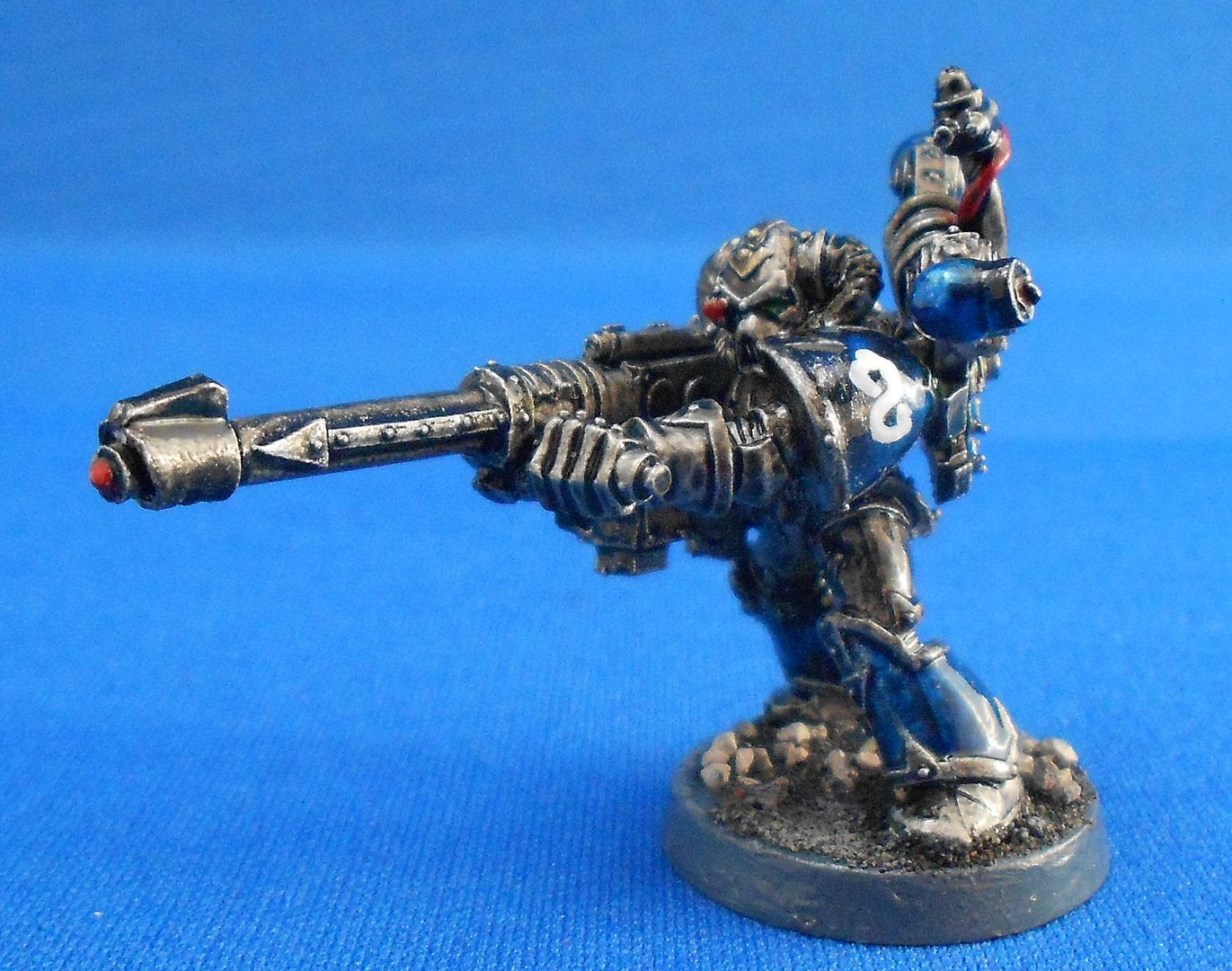 The Champion is dead!  The enemy must be in range!  Open fire! 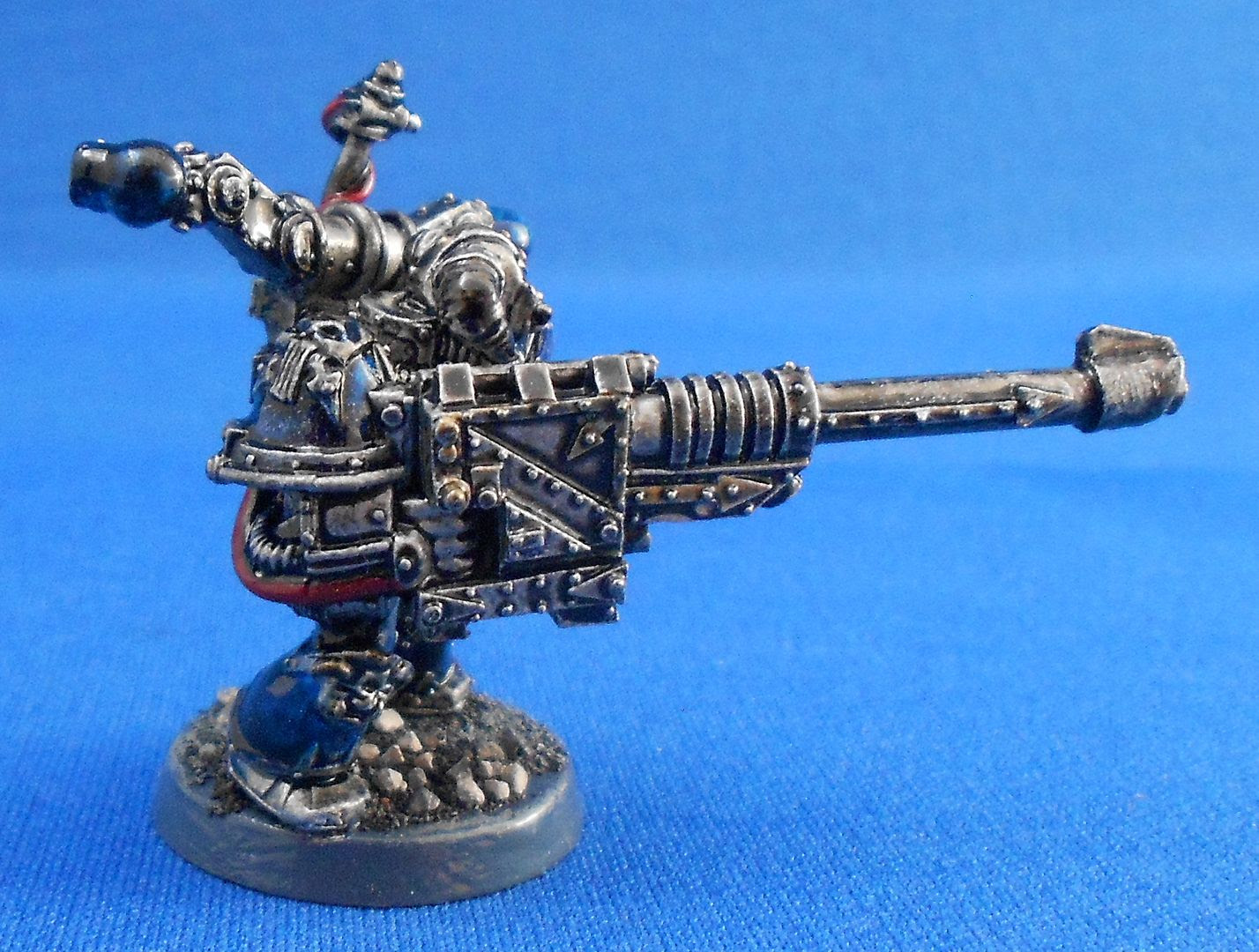 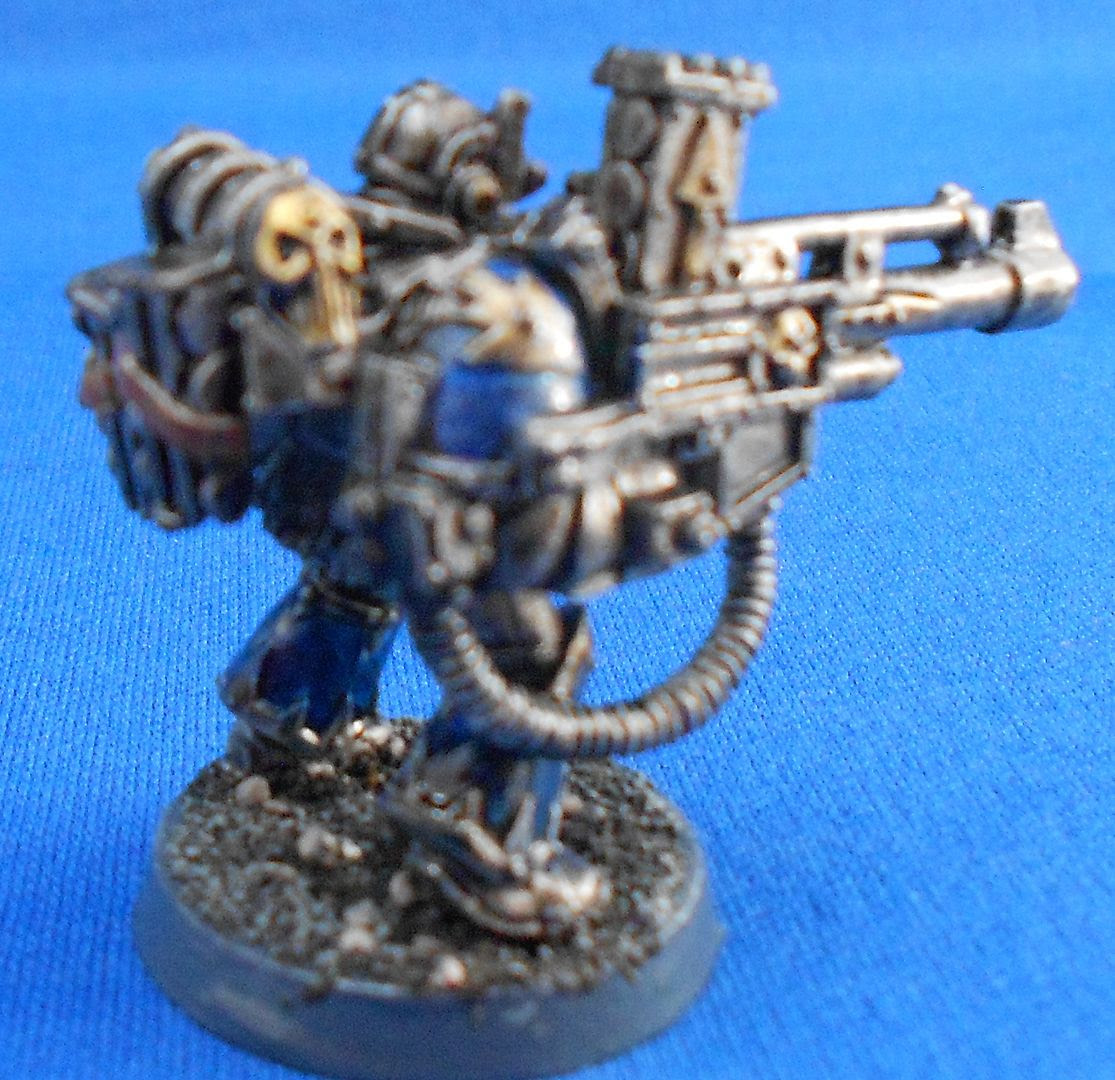 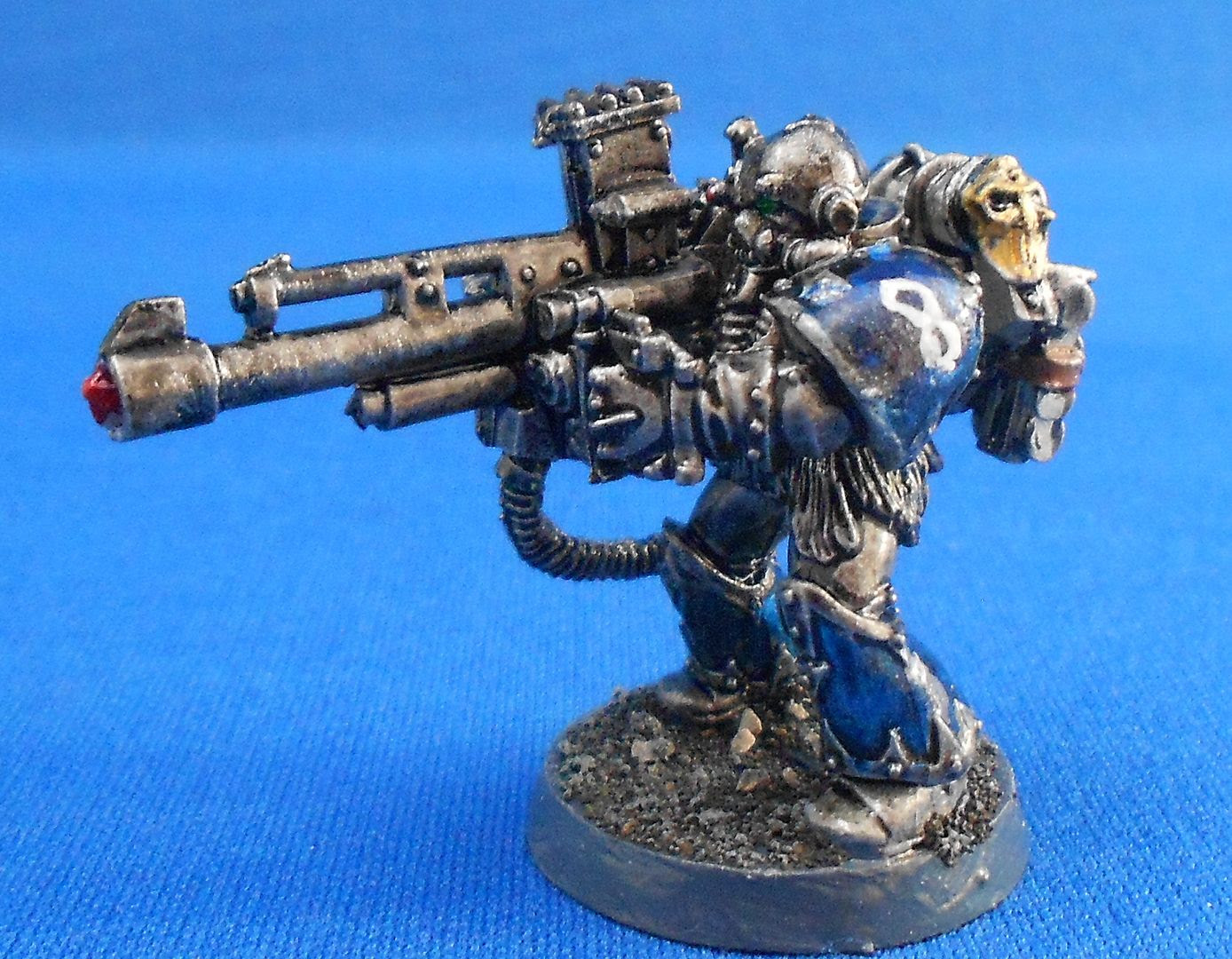 I think the skull on the spike is from the former squad champion.  Or in the Endless Ones, perhaps one of the champion's former bodies.

Posted by sonsoftaurus at 10:43 PM