Lost and the Damned: Modern Edition 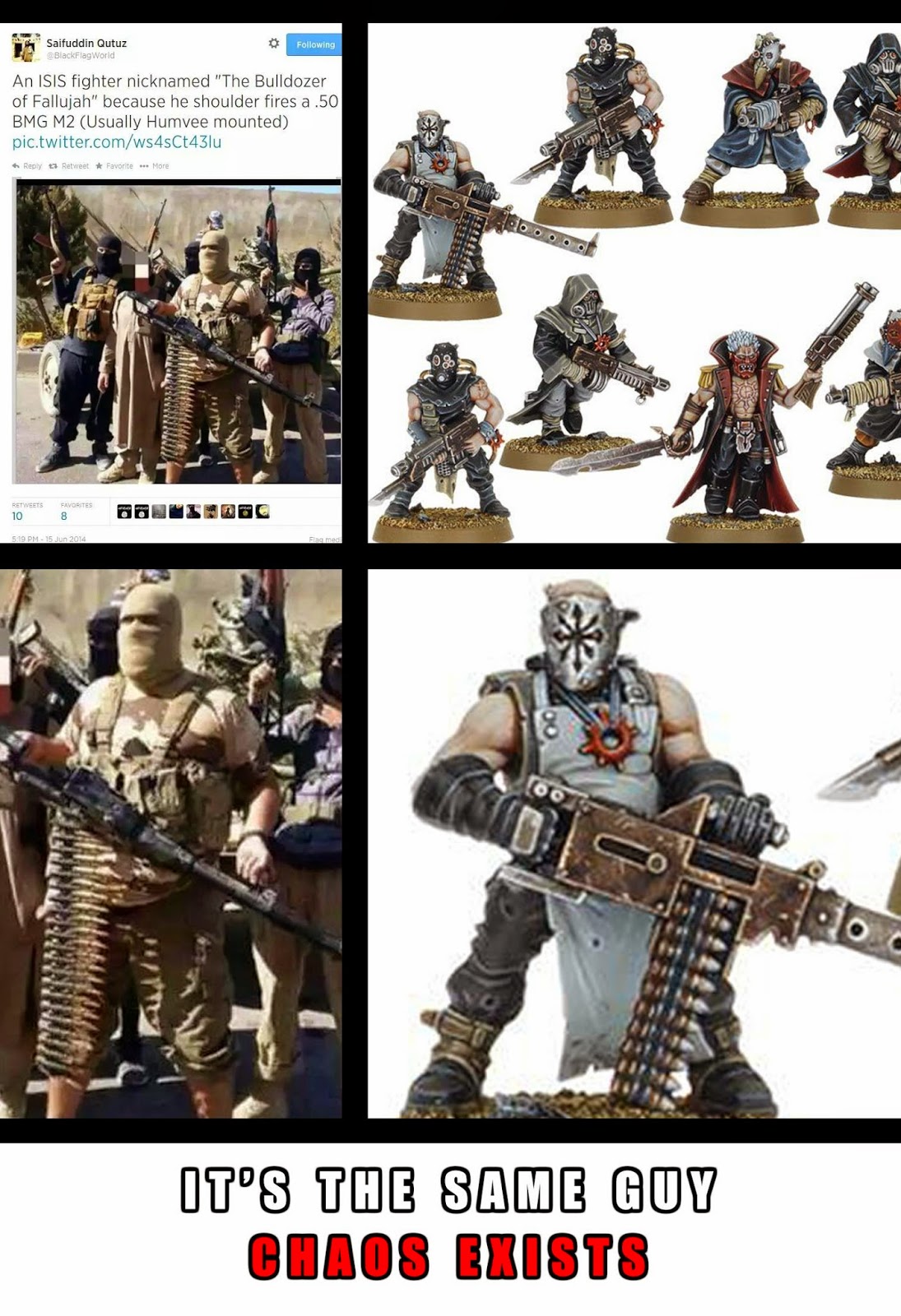 If you want a good picture of a Chaos uprising in 40K, ISIS/ISIL/Islamic State seems like a pretty good model.
A lot is similar to other revolutionary movements of course.  You could easily put a Chaotic spin on numerous past events and movements - the French Revolution, the Khmer Rouge, various religious conflicts, etc. and use them as an inspiration for a Lost and the Damned force.  If you're looking for inspiration from GW sources, check out my Lost and the Damned Bibliography.

Posted by sonsoftaurus at 8:01 AM