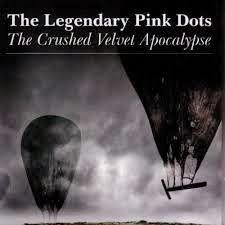 Our current league is going to run through the end of the year and we have been thinking about what might come next.  Here are some WIP ideas I have been mulling over for our 40K group's next organized play event.  Thought I'd share for input and in case anyone else might find it a useful starting point for their own groups.

*Units must remain the same to continue to accumulate Glory Points.  Especially once units start to earn points it will help to name them to help make tracking easier.  You can leave a unit out of a battle to fit in something else if desired, just keep track of their points for when they return. (Example: my Whirlwind earns two Glory Points.  I name it “Chum Bucket”.  Next battle I leave it out of my list.  When “Chum Bucket” returns, with the same build, it can add to the two Glory Points it already earned.)

Glory Points
+1GP Fully painted (earn once)
+1GP Destroyed 2+ enemy units and survived battle
+1GP Hold objective or the Relic at end of game (one unit only per army per battle)
+1GP Destroyed enemy Legendary Unit
-1GP Destroyed friendly unit (blast scatters, exploding vehicle, kill self with Gets Hot!, etc.)
+1GP Victory! If win game, +1GP to Legendary Unit if alive & was in battle.  If Legendary Unit is dead or was not in the game, assign point to a surviving unit.

*Nominate an eligible unit.  A Legendary Unit must be painted and be clearly the unit represented – it would not do for the unit of heroes to be proxied bare plastic!  Unit must remain the same – if it starts out as ten marines with a meltagun and a sgt with plasma pistol and power fist, it has to be the same build to count as your Legendary Unit.  Different transport options are acceptable.  As with any unit earning Glory Points, it should be named, to help track points and to allow your opponents to curse it more accurately.

*A Legendary Unit starts with one upgrade.

*Aside from the upgrades earned from Glory Points, certain actions regarding Secondary Objectives repeated enough earn further bonuses.  Only units eligible for Glory Points can unlock these achievements.

When earn an upgrade, choose table and roll 1d6.  Note upgrade and track with unit.  If upgrade completely irrelevant (ie roll Fleet and already have Fleet) reroll on same table.  Each upgrade can only be earned once – reroll if necessary.

*Warlords have their own advancement track.

At 20pts, you may select any trait you have access to to become permanent.  You will now have three fixed Warlord Traits.  You may not roll for more unless the mission specifically tells you to or an upgrade gives it to you.

Posted by sonsoftaurus at 7:08 AM