Saturday some fellow locals and I trekked out to Atomic Empire in Durham for a 40K tournament.  I'm not a big tourney player, but several others were planning to go and we are in a lull between local leagues/campaigns so I decided to go along.  Three rounds, 2000pts, anything short of unbound goes.  I decided to bring the "Shark Angels", Space Sharks count-as Dark Angels, with a bunch of terminators and some other support.

The store itself is huge and impressive, with all sorts of product from a variety of games and companies, miniatures, board games, card games, comics, geek chic and more.  A worthy destination.  They had us set up with a bunch of tables, had a few other small (in total space - a Dr. Who miniatures game event had a similar amount of people but only took up one very crowded table) games going on and still had plenty of open tables left.

After setting up ten tables of terrain for us, they still had quite a bit left over: 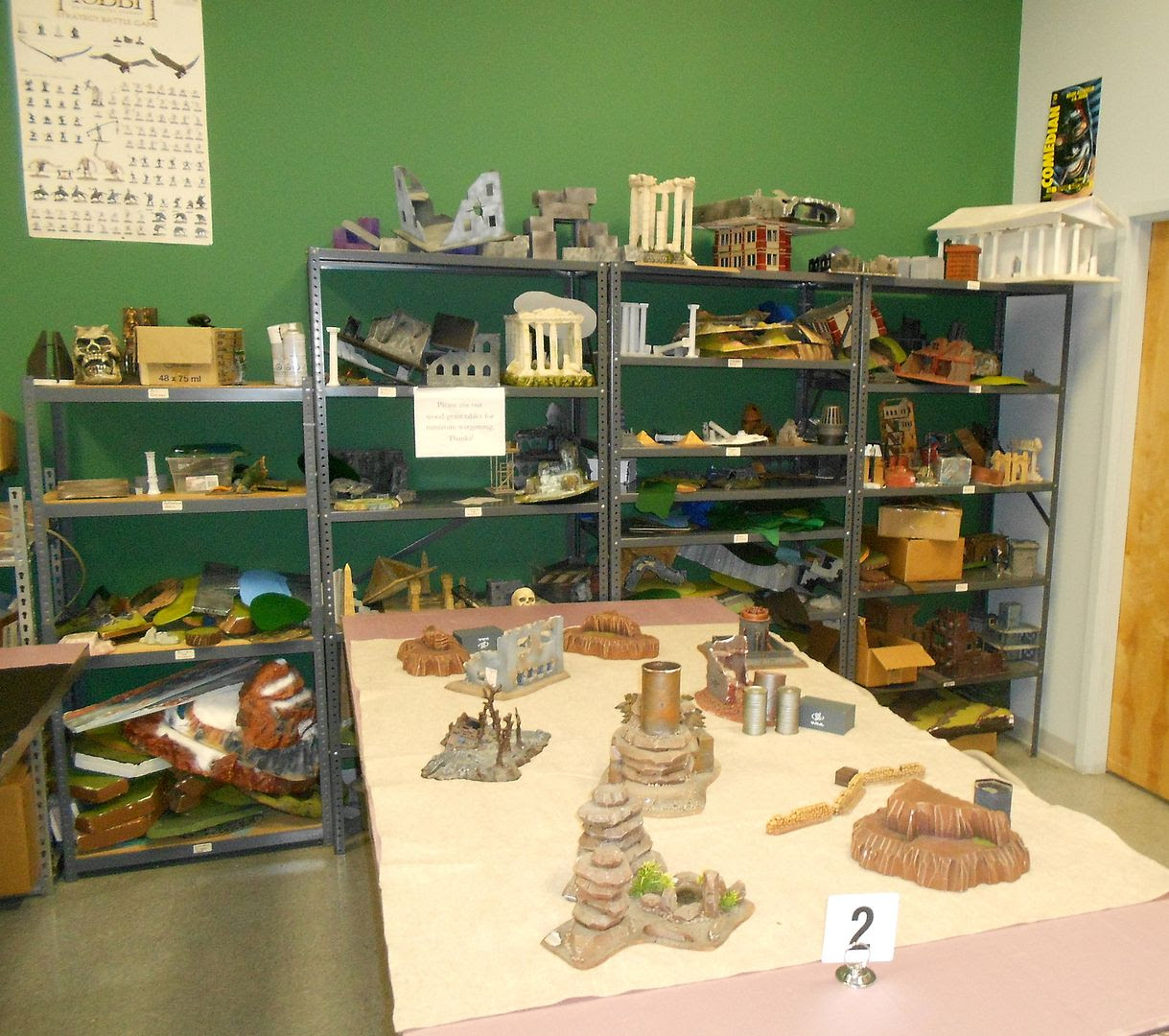 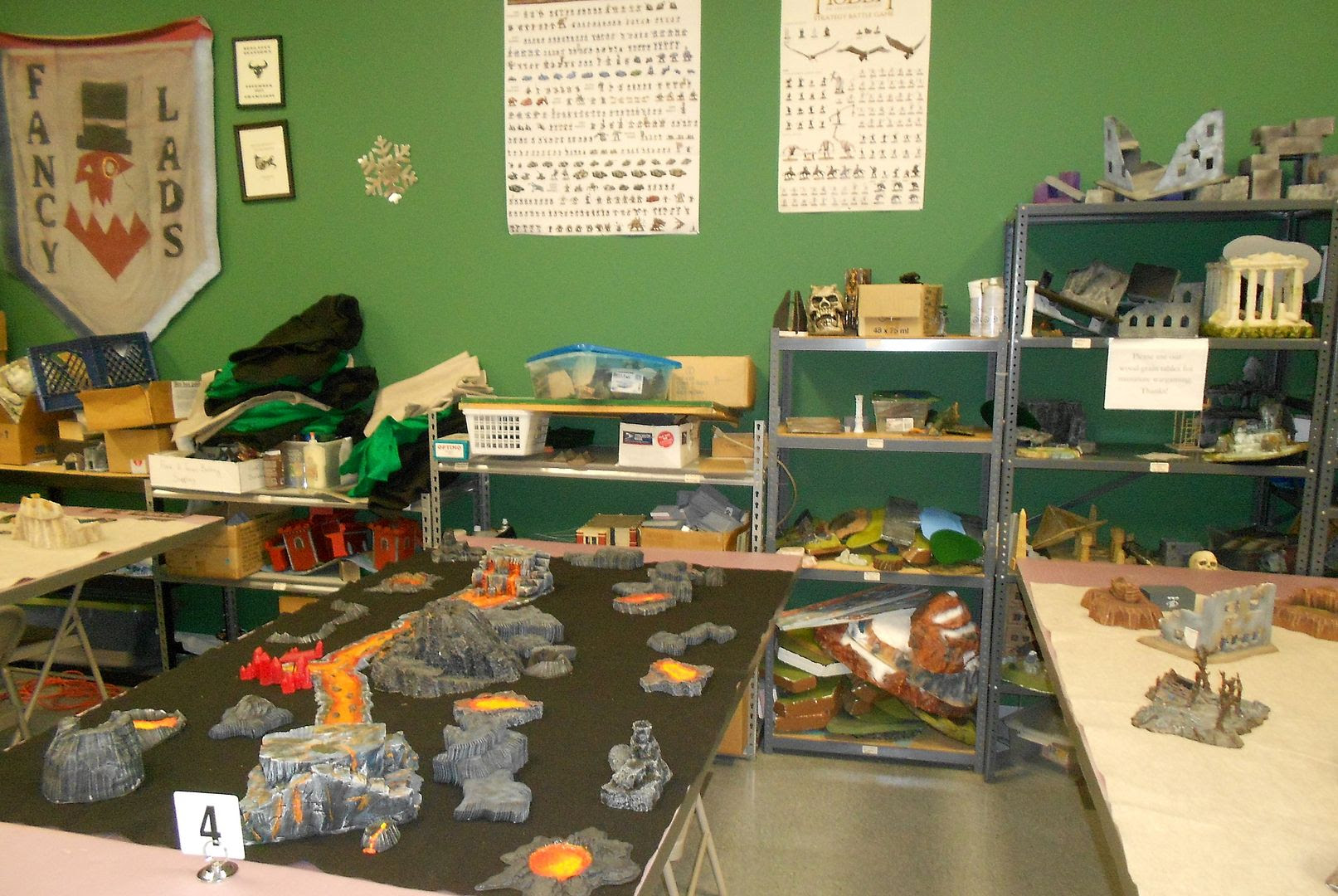 They even had a big screen where they put up pairings and had a round countdown timer: 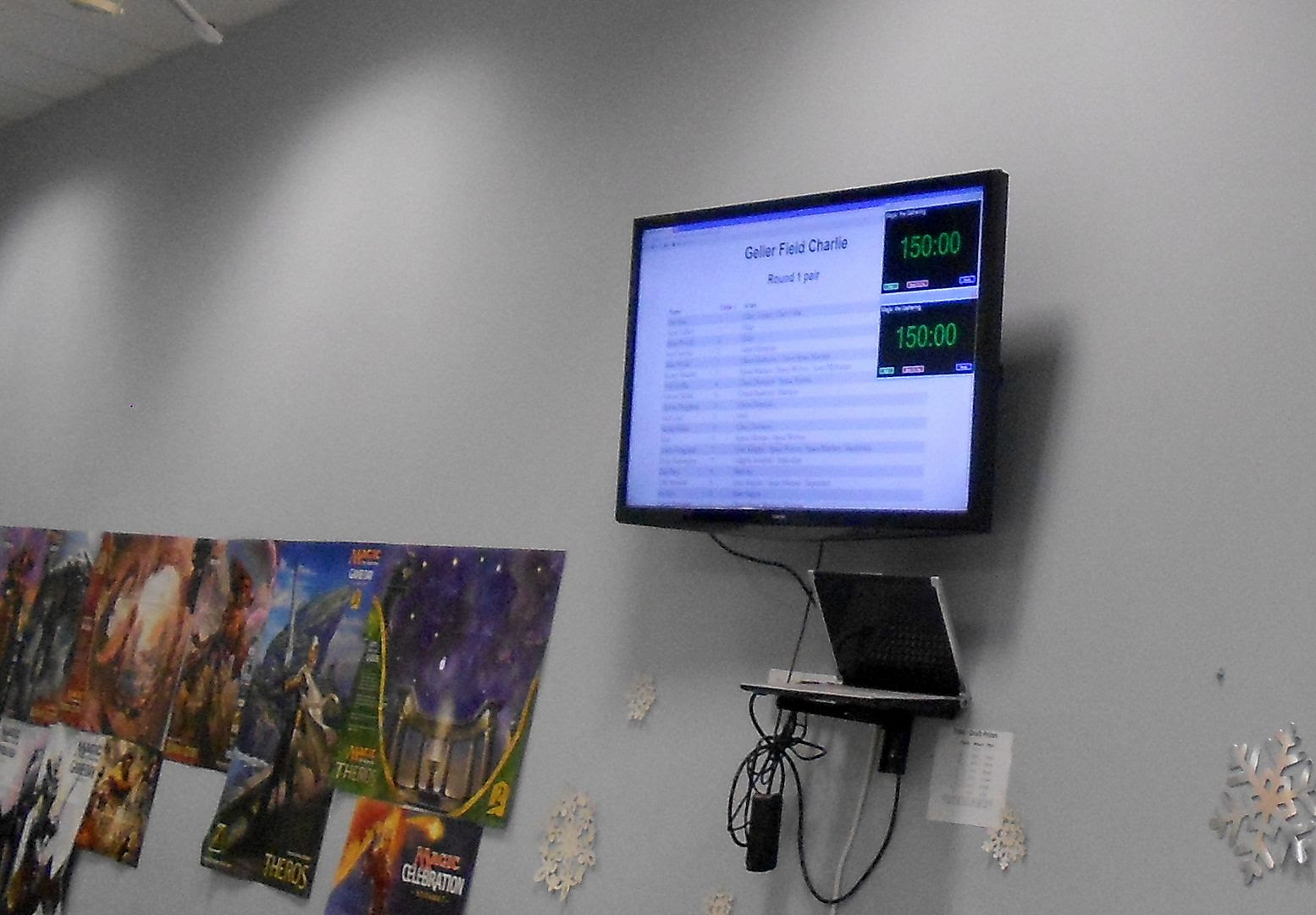 More often used for Magic the Gathering, but easily re-tasked to other events.  Shiny. 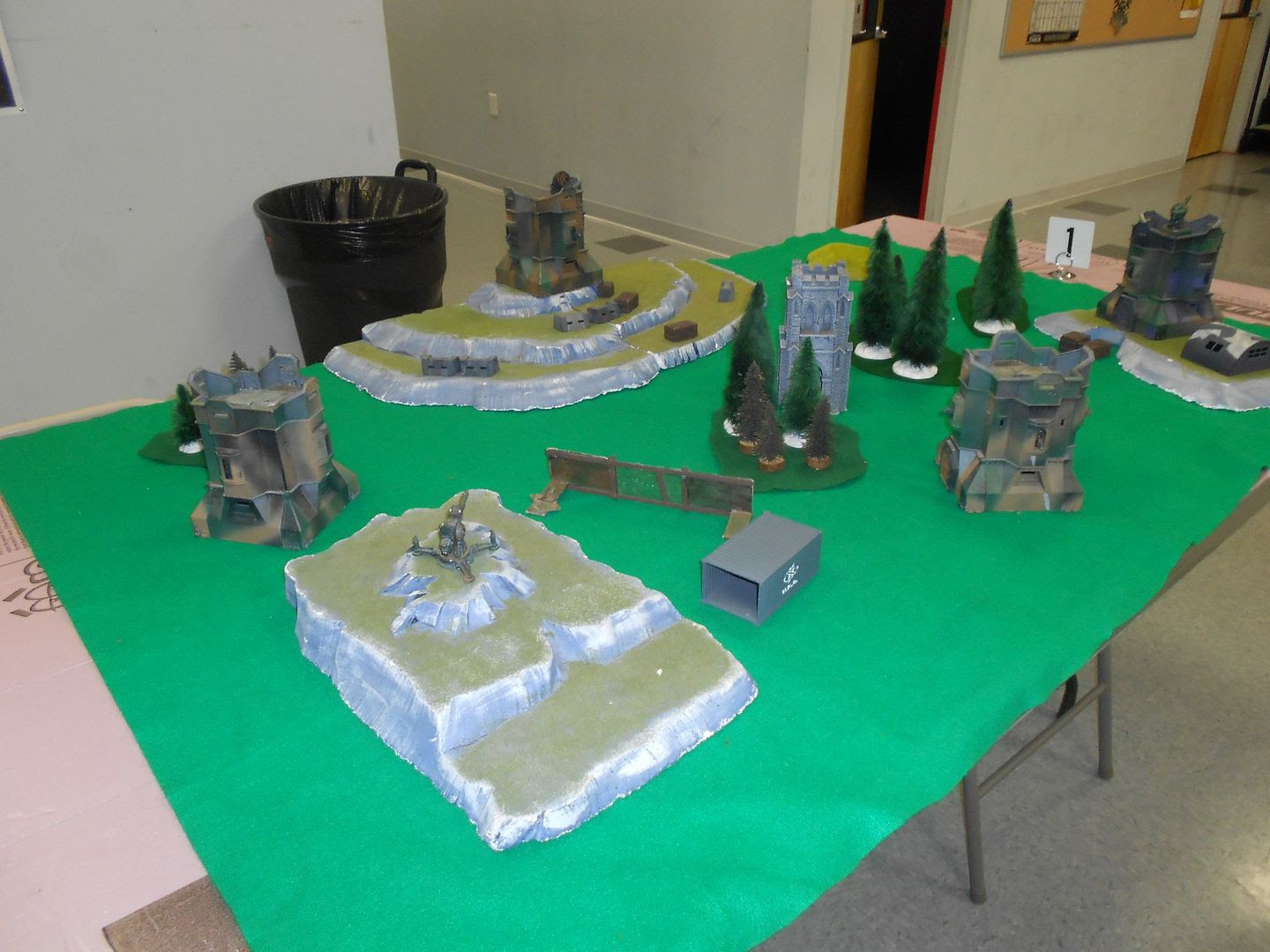 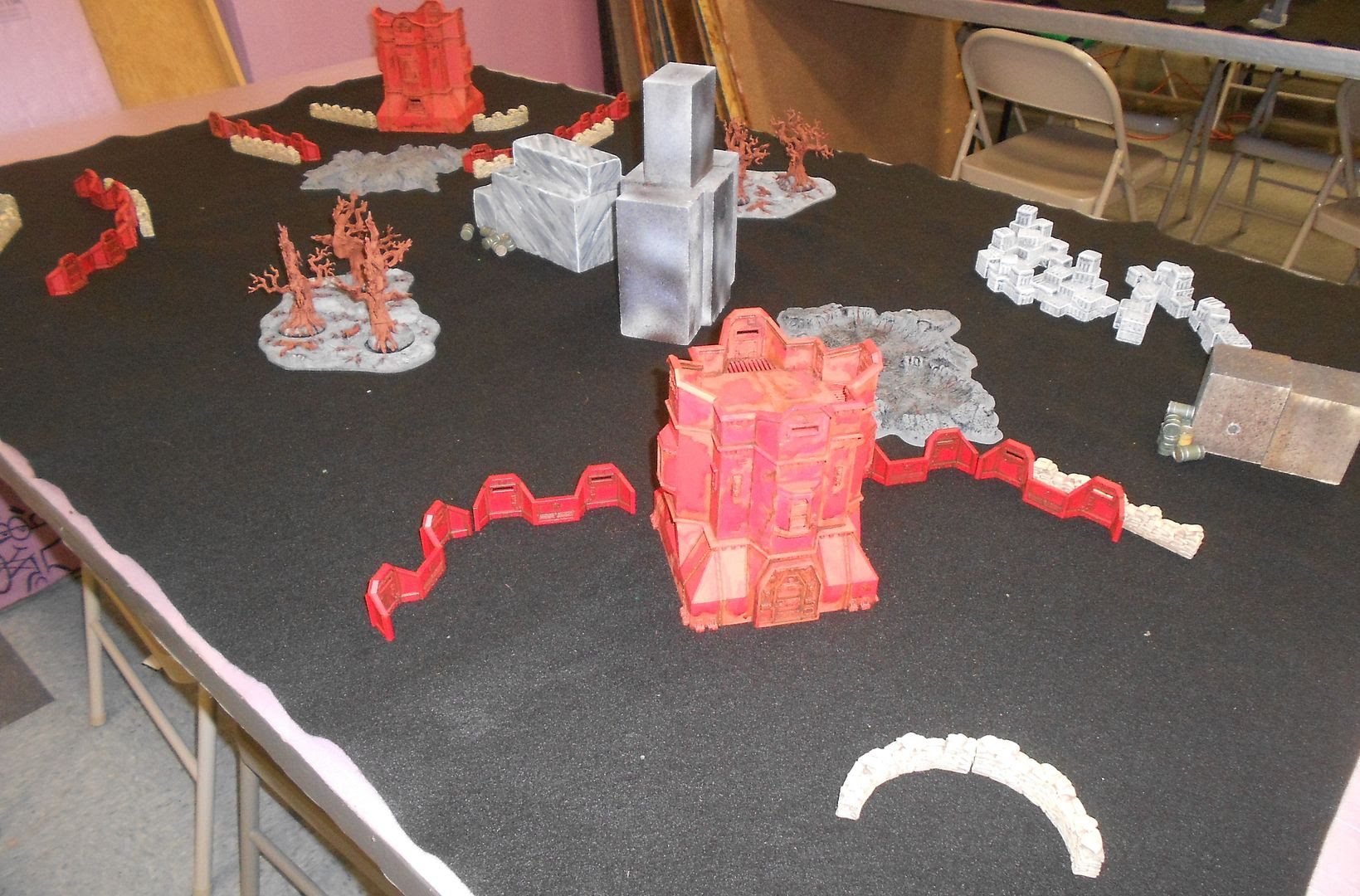 Pretty pleased with the tables!  From past tourney experiences and pics online of other events I expected it to be more sparse, but these had quite a bit on them - sometimes so much it was dangerous!

I was also very surprised to see most of the armies fully painted, and most very well.  Certainly helped to improve the experience, as the spectacle is a big part of the game for me.

Posted by sonsoftaurus at 9:43 AM