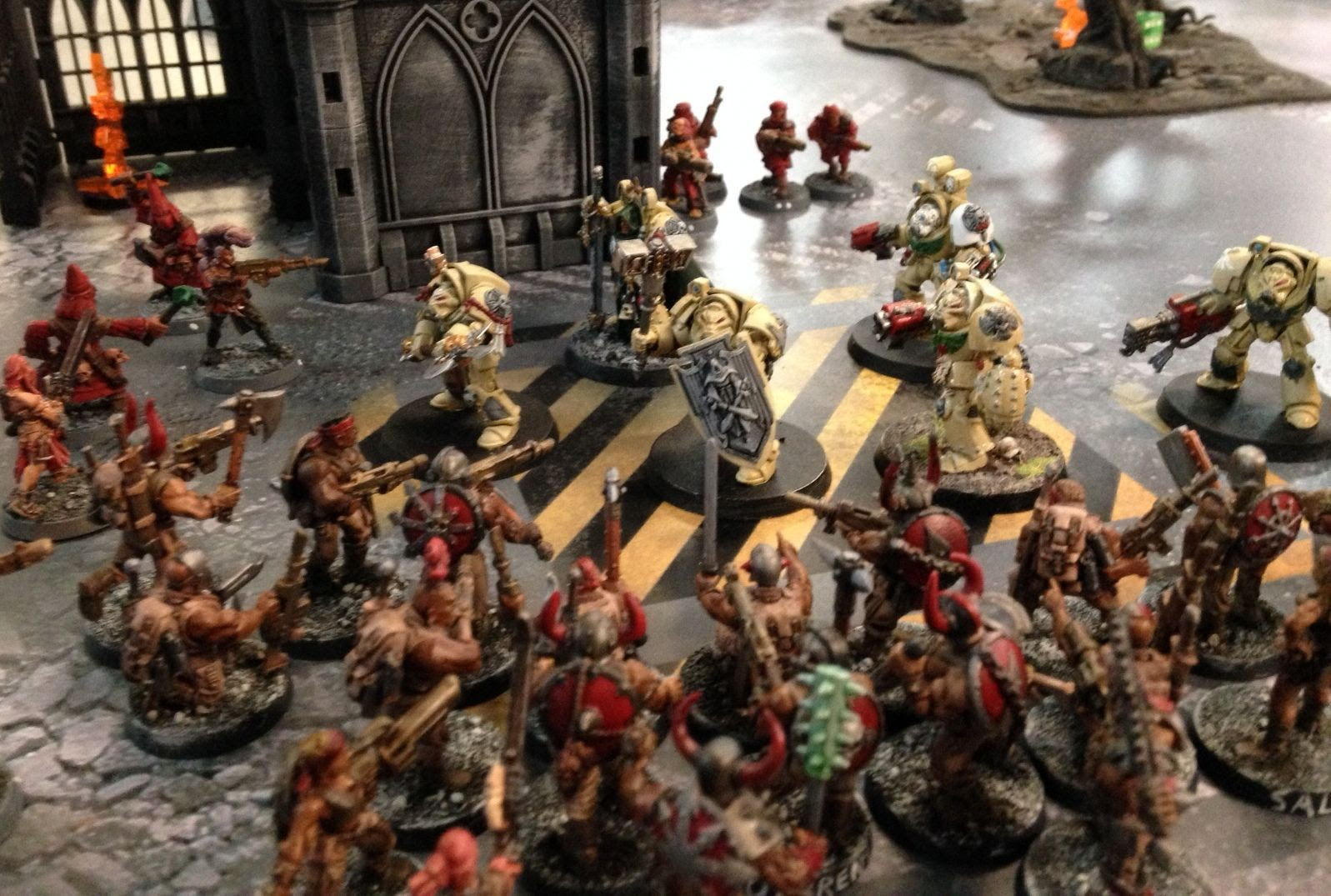 Two league games completed last weekend, one against James' CSM and the second against Ben's Dark Angels, part 2 of the Hunt for Astrakenor! 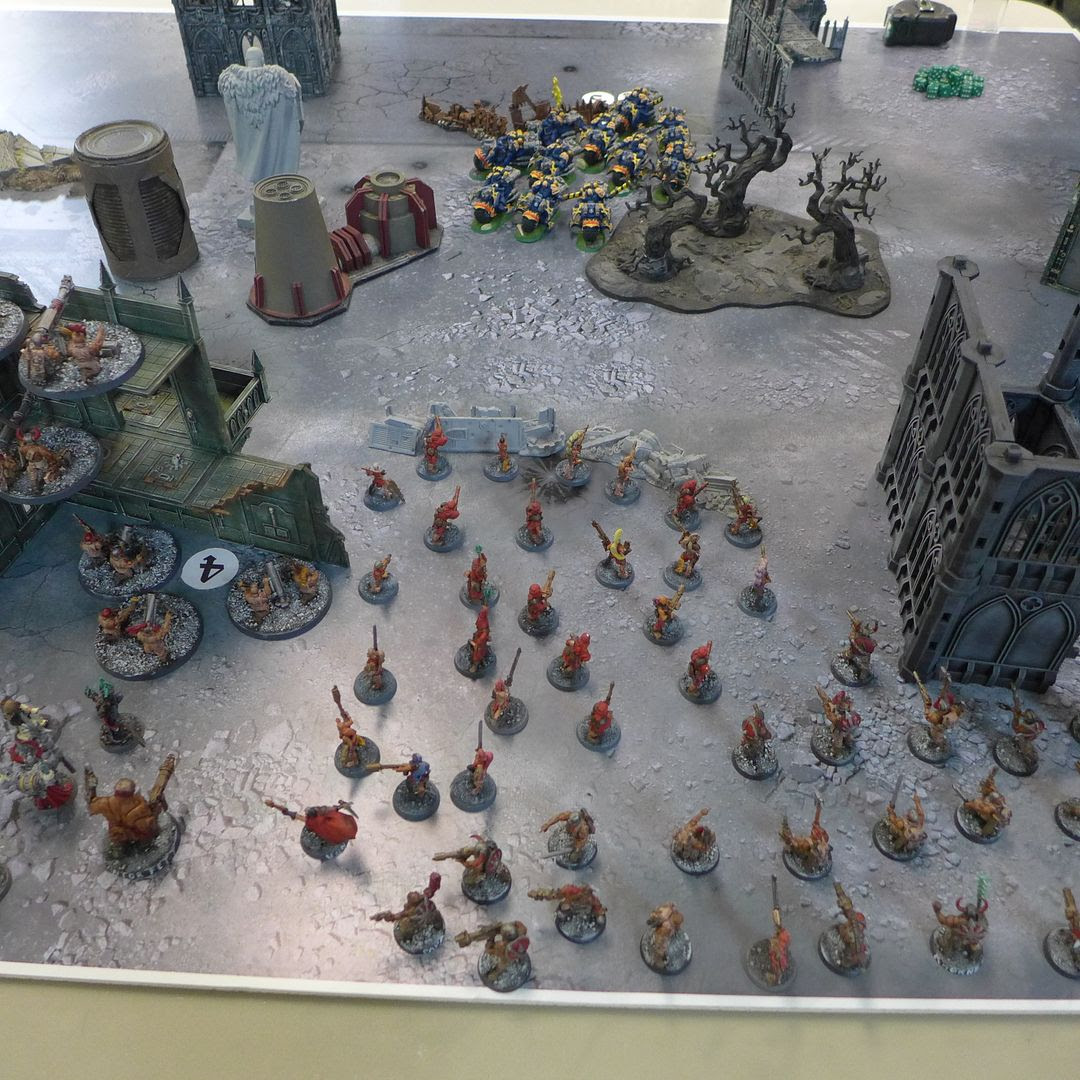 Game one against James' Slaaneshi Thousand Sons.  They want all the knowledge...baby.  If ignorance is bliss, surely wisdom is ecstasy?  His beatstick is his big biker unit with lord and FNP banner, and they do some serious beating. 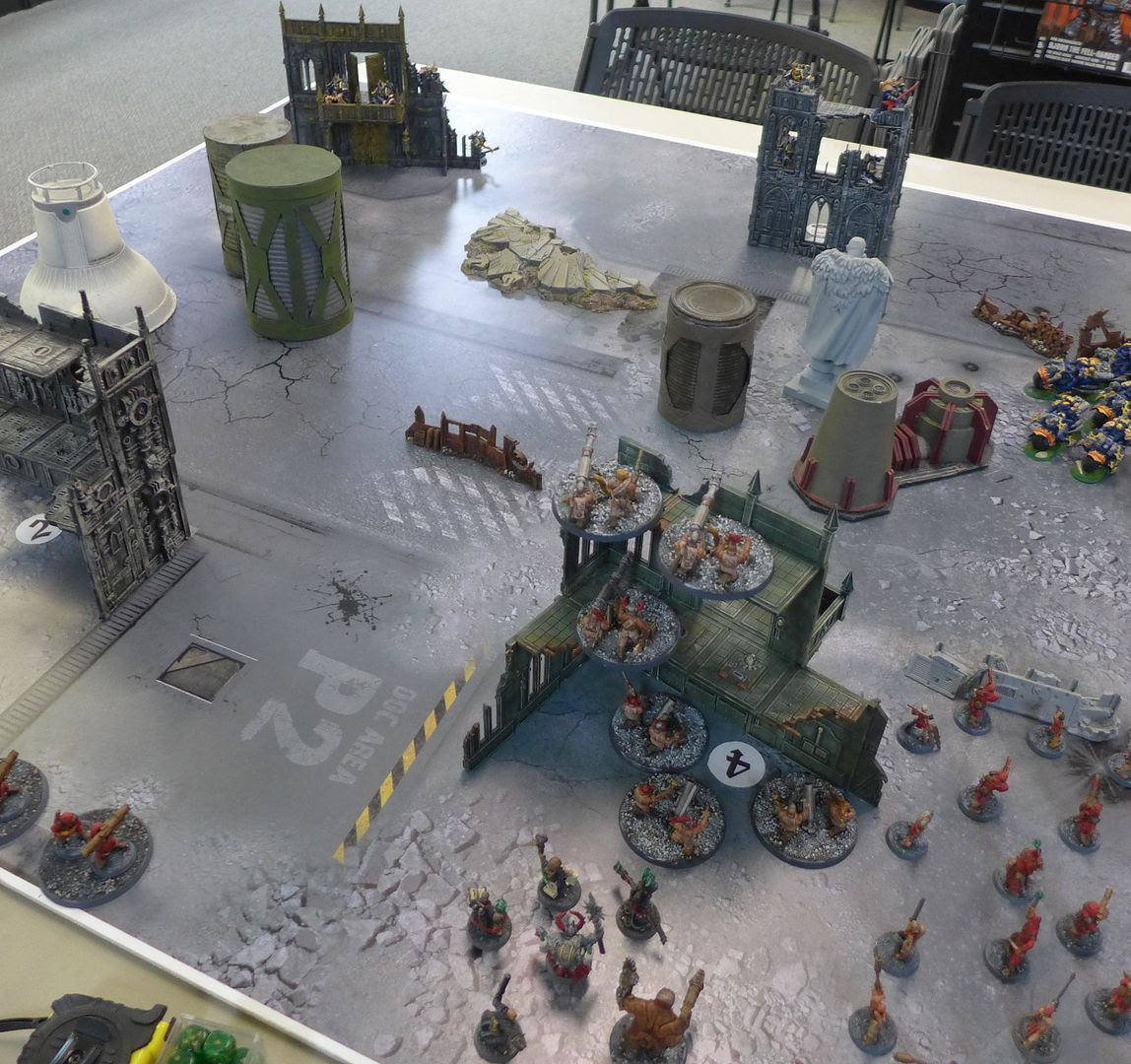 Plus some noise marine units in firing positions near objectives (Scouring).  With all the ignore cover shooting he had and a fast assault unit, I figured I was toast.  My goal was to try to kill the biker squad. 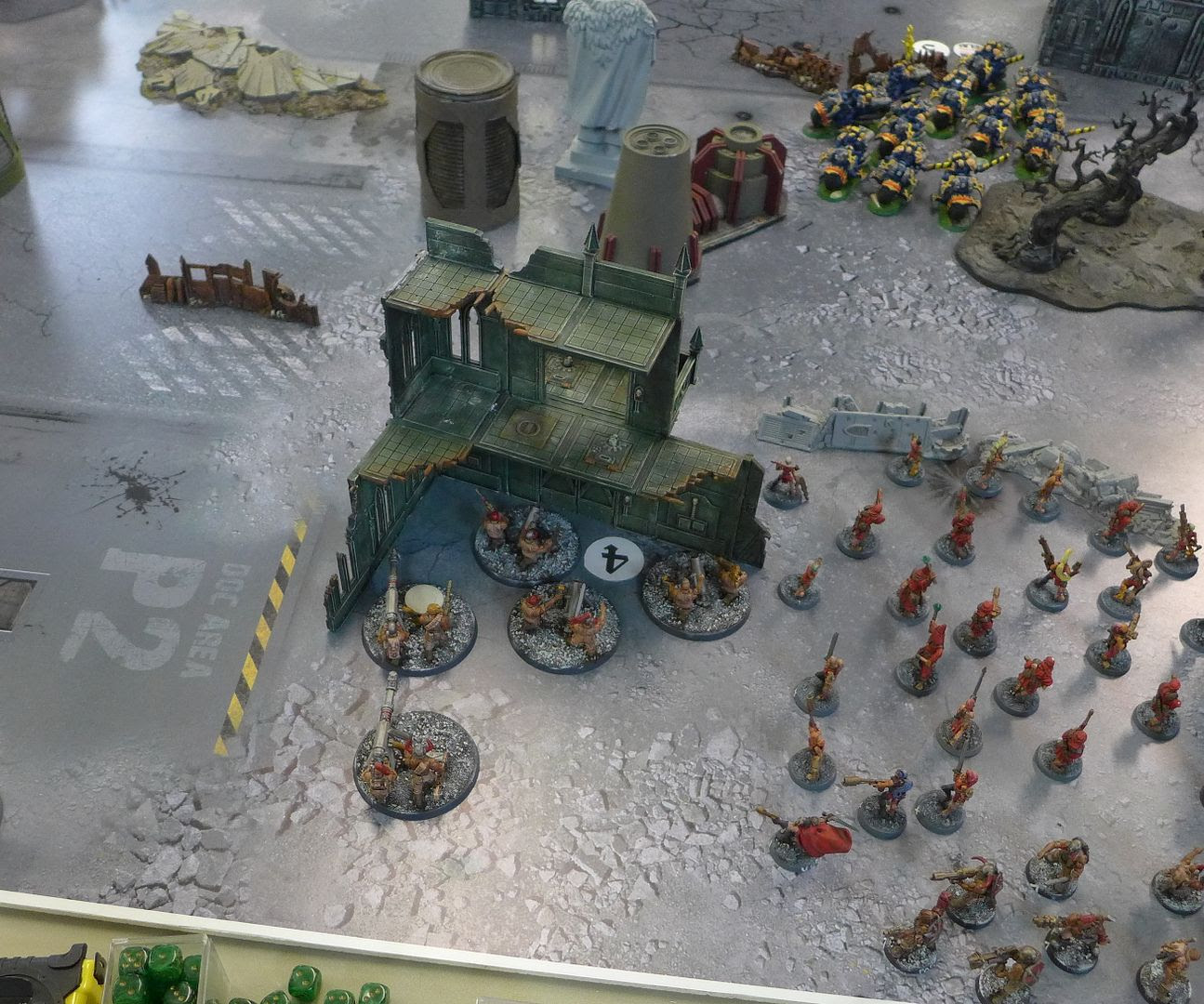 He seizes the initiative and blastmasters take out my command squad and force the lascannons to flee.  Not the most auspicious start. 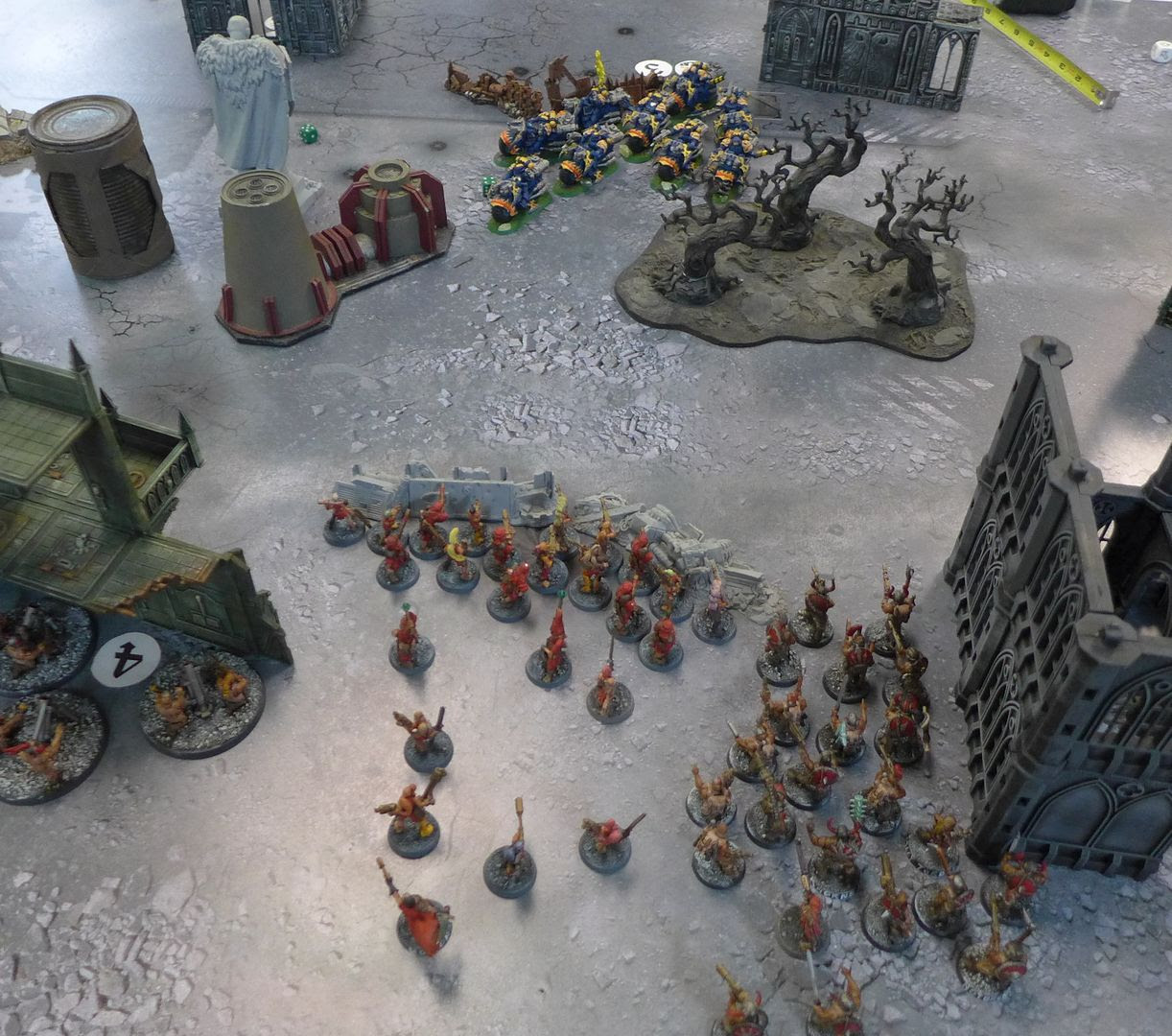 I move up to shoot up bikers and be able to pile one mob easily into combat when the other is assaulted. 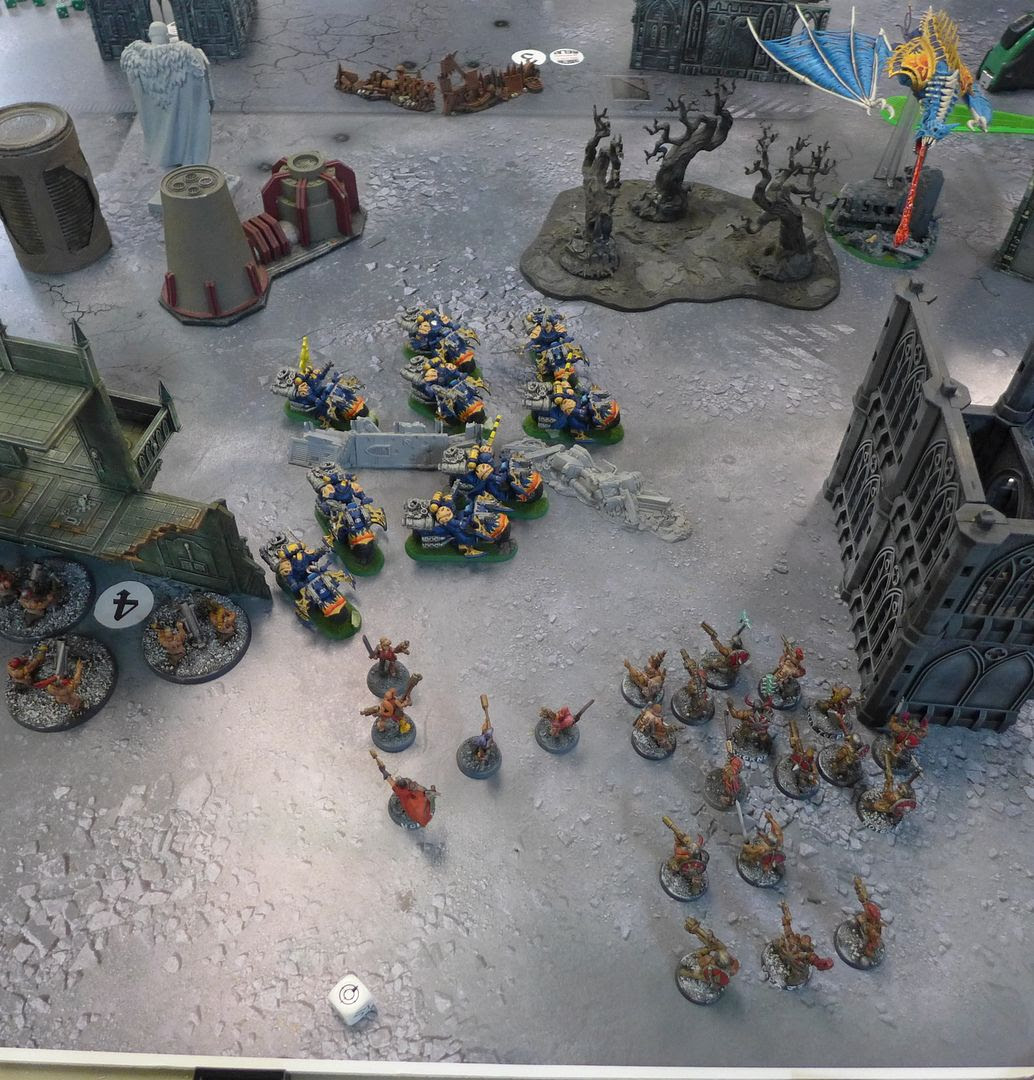 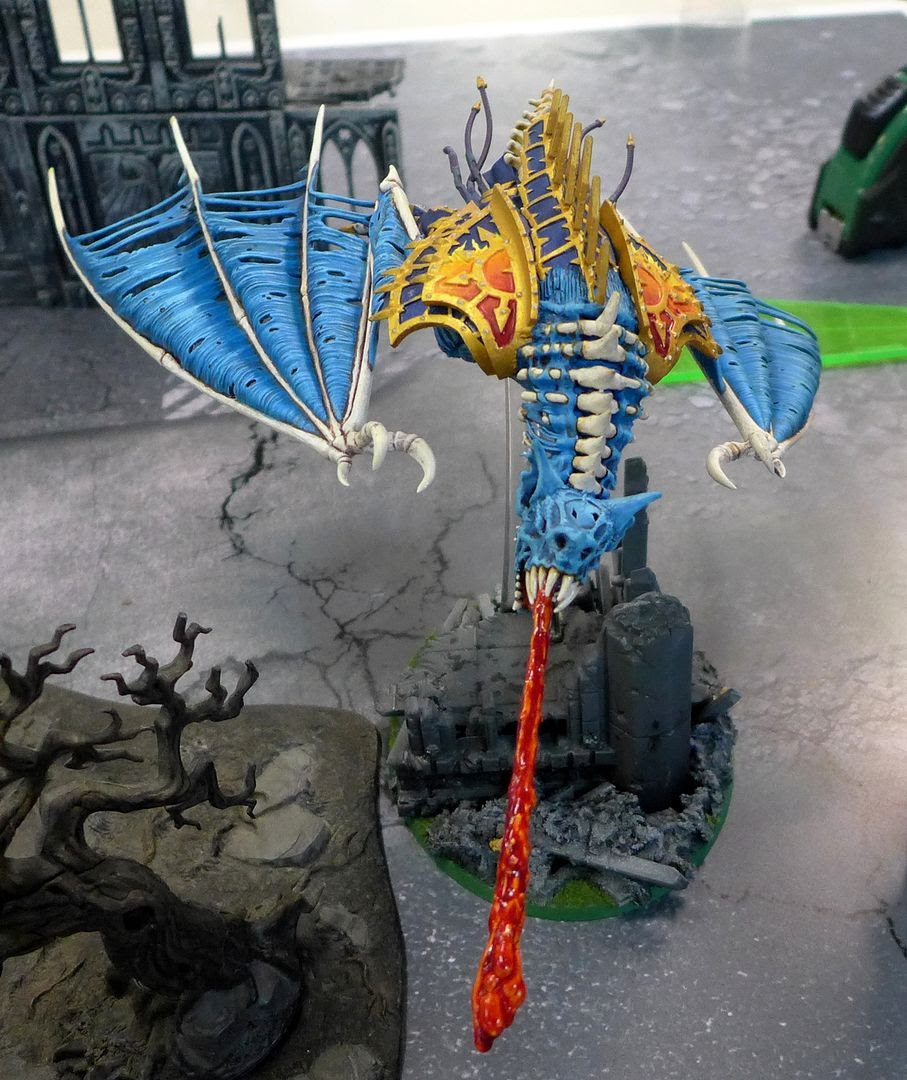 Close up of one of James' heldrakes, combination of heldrake and big vampire counts beastie.

The other heldrake.  I would like to see him turn the greenstuffed areas into flames, but he plans to keep it as is - feels shows the undead side better that way. 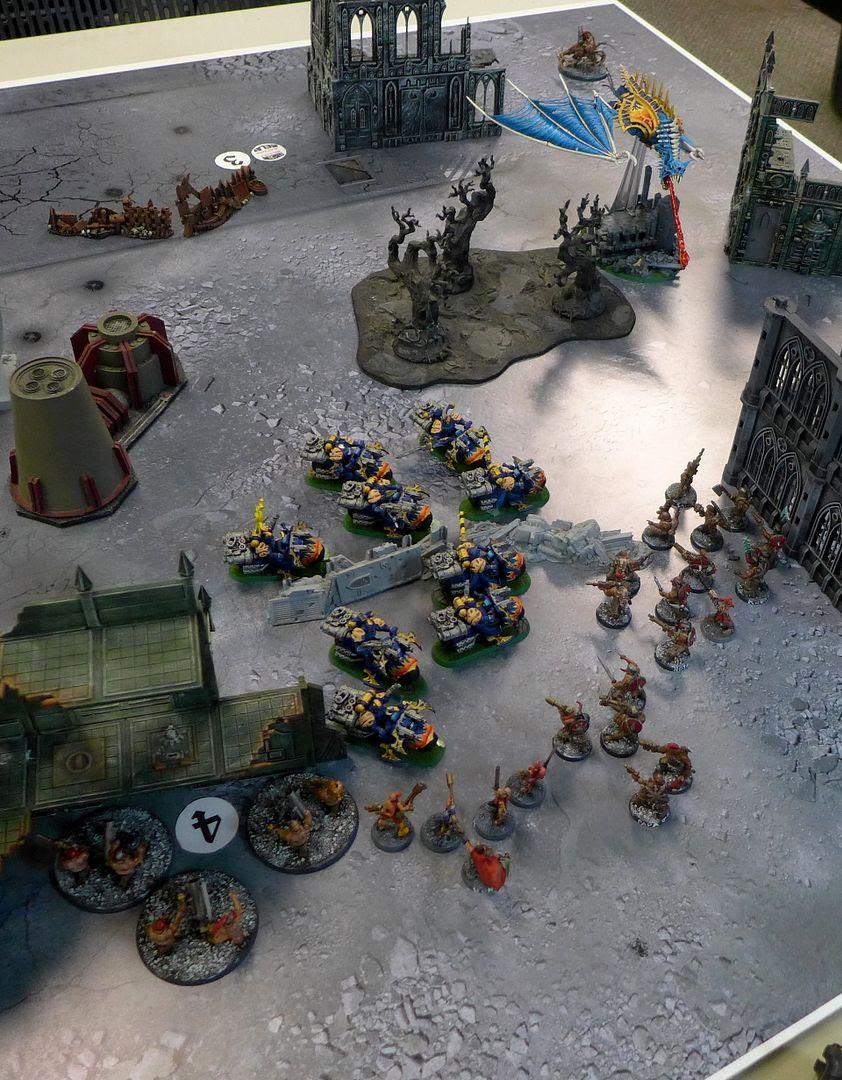 I feebly retaliate.  We've killed a few bikers, but are mostly just awaiting the slaughter. 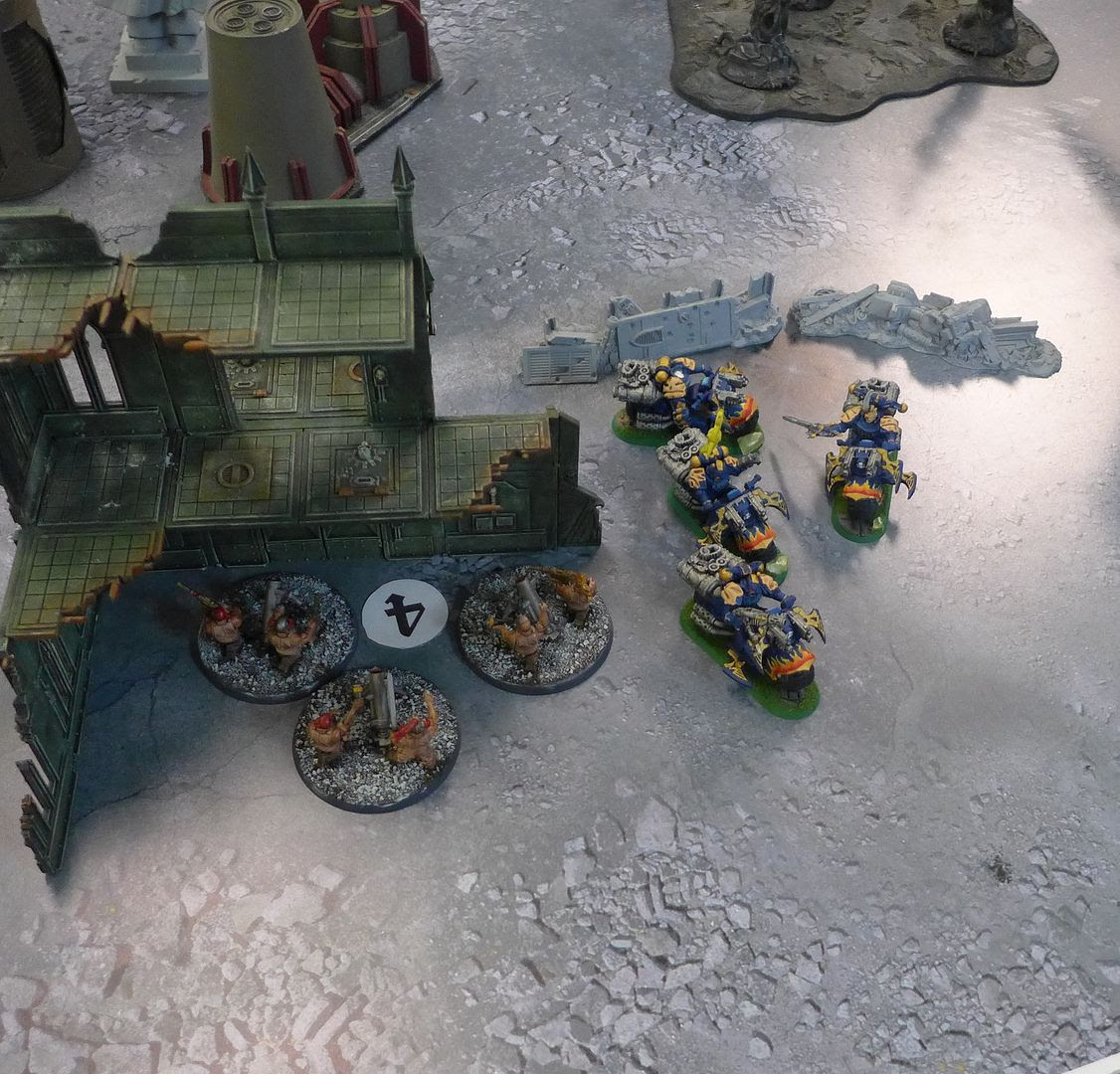 My last unit.  Somehow they are unable to turn things around.  I didn't kill all the bikers, but I got a lot of them! 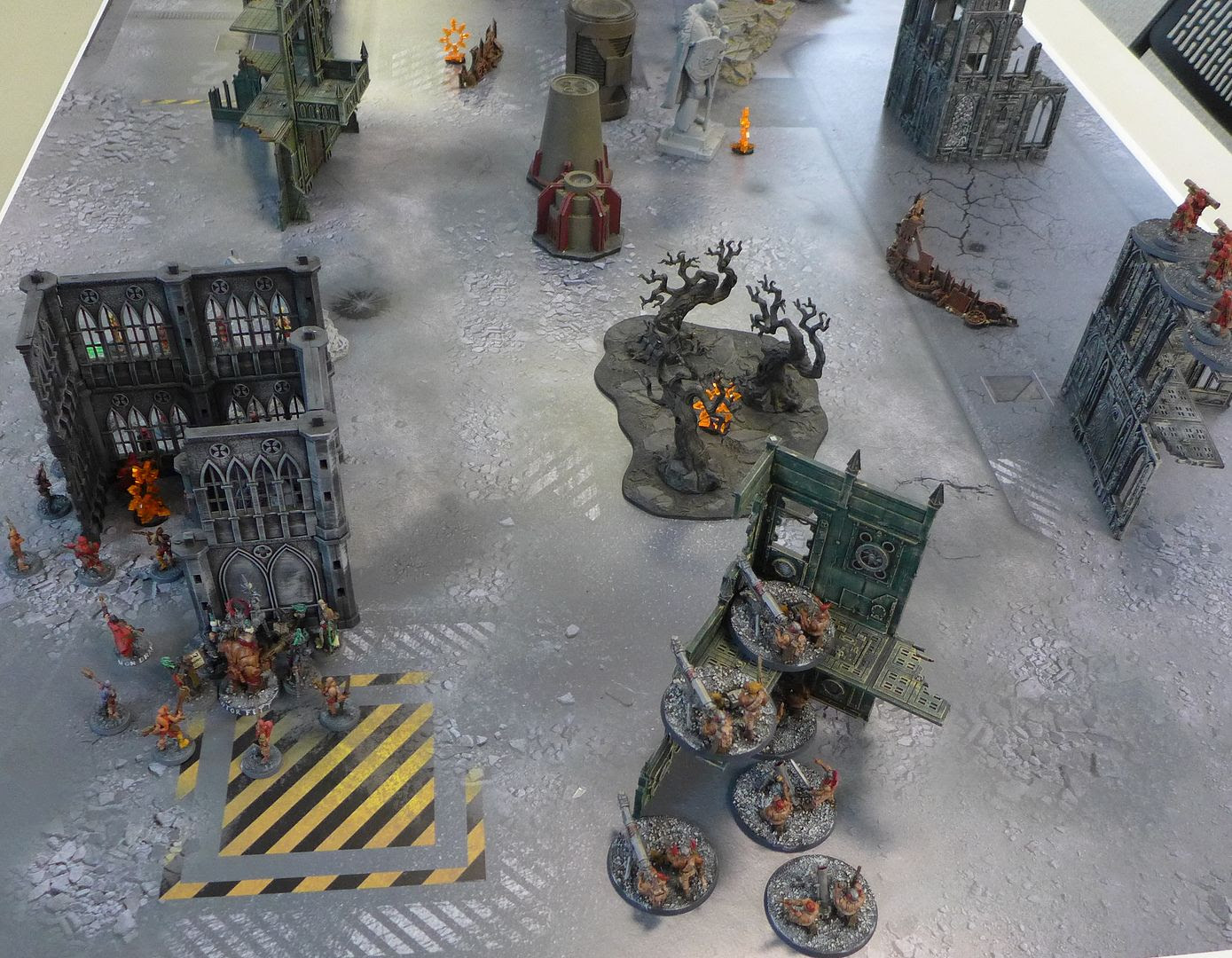 Setting up for game two against Ben's Dark Angels.  The Hunt for Astrakenor continues, with Belial trying to get him to give up his supposed knowledge of the Fallen.  I have one platoon in reserve to be reinforcements speeding to their commander's aid. 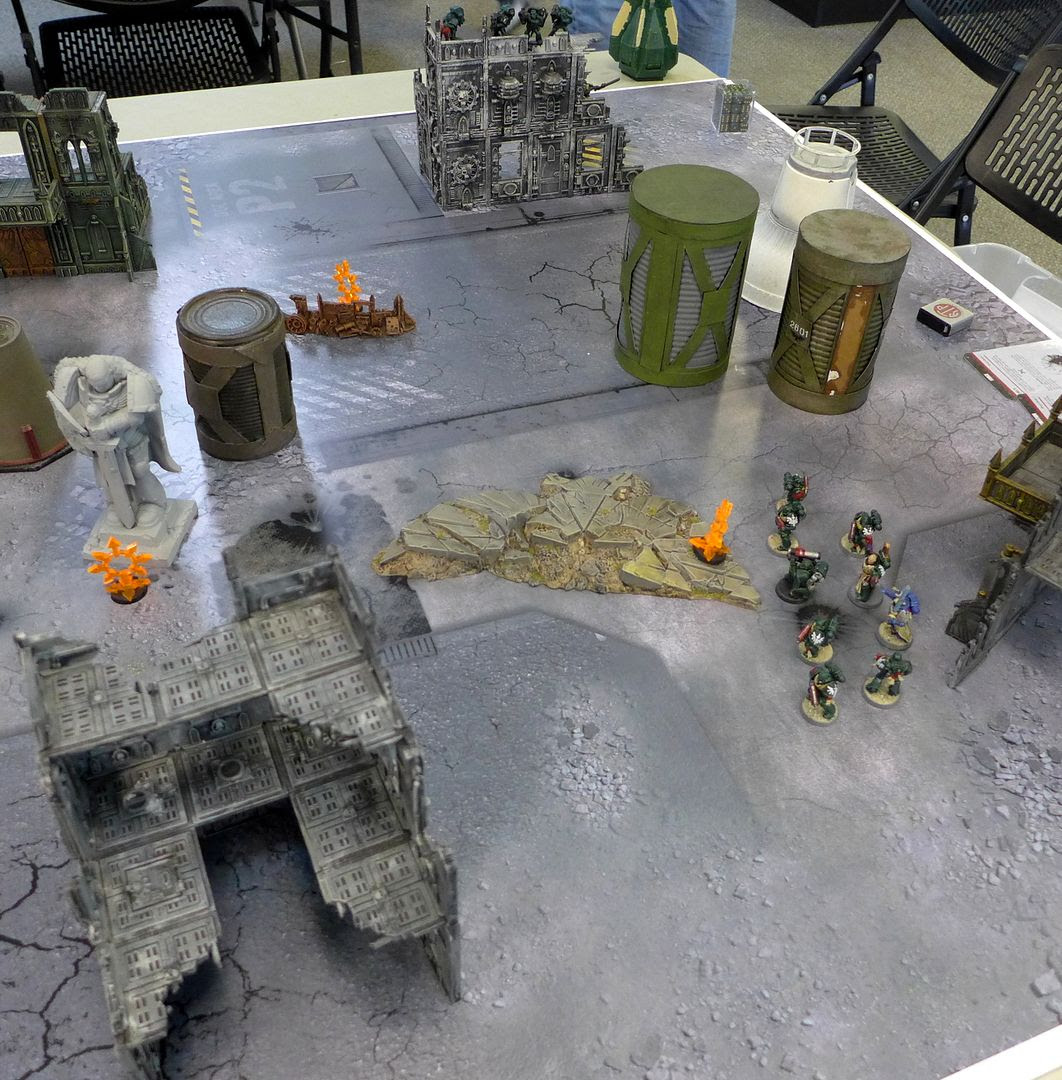 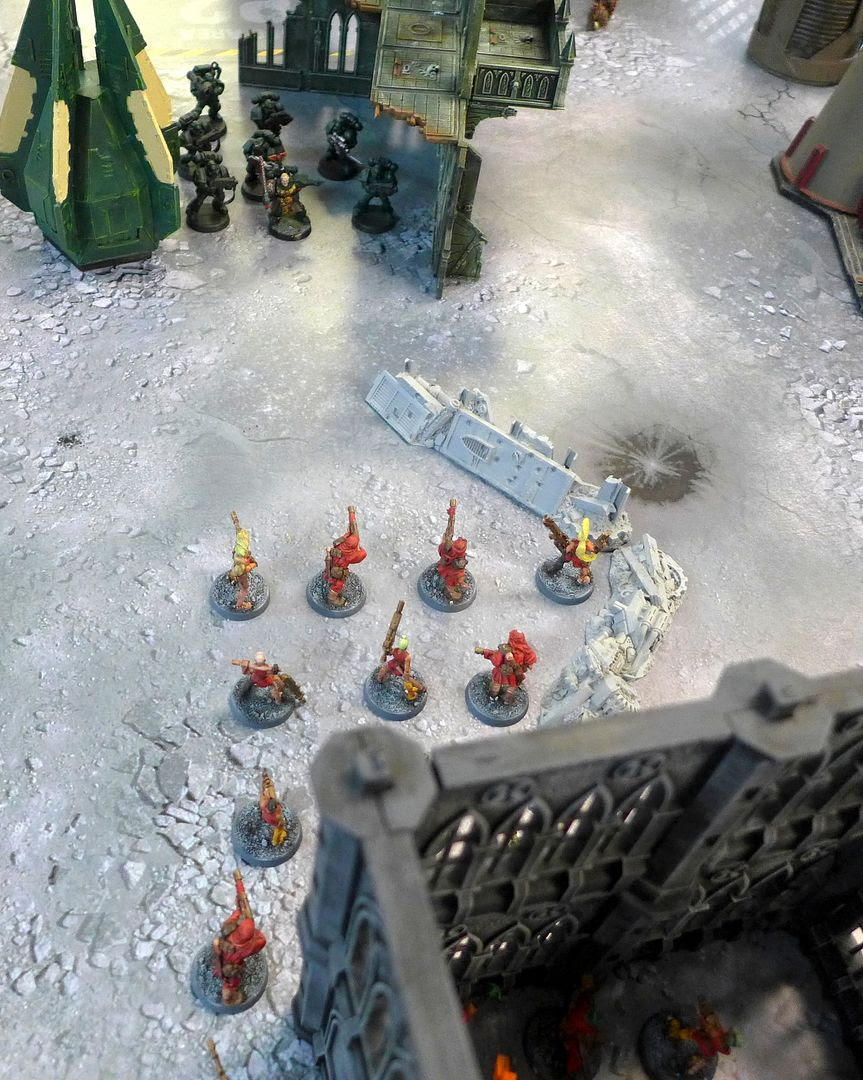 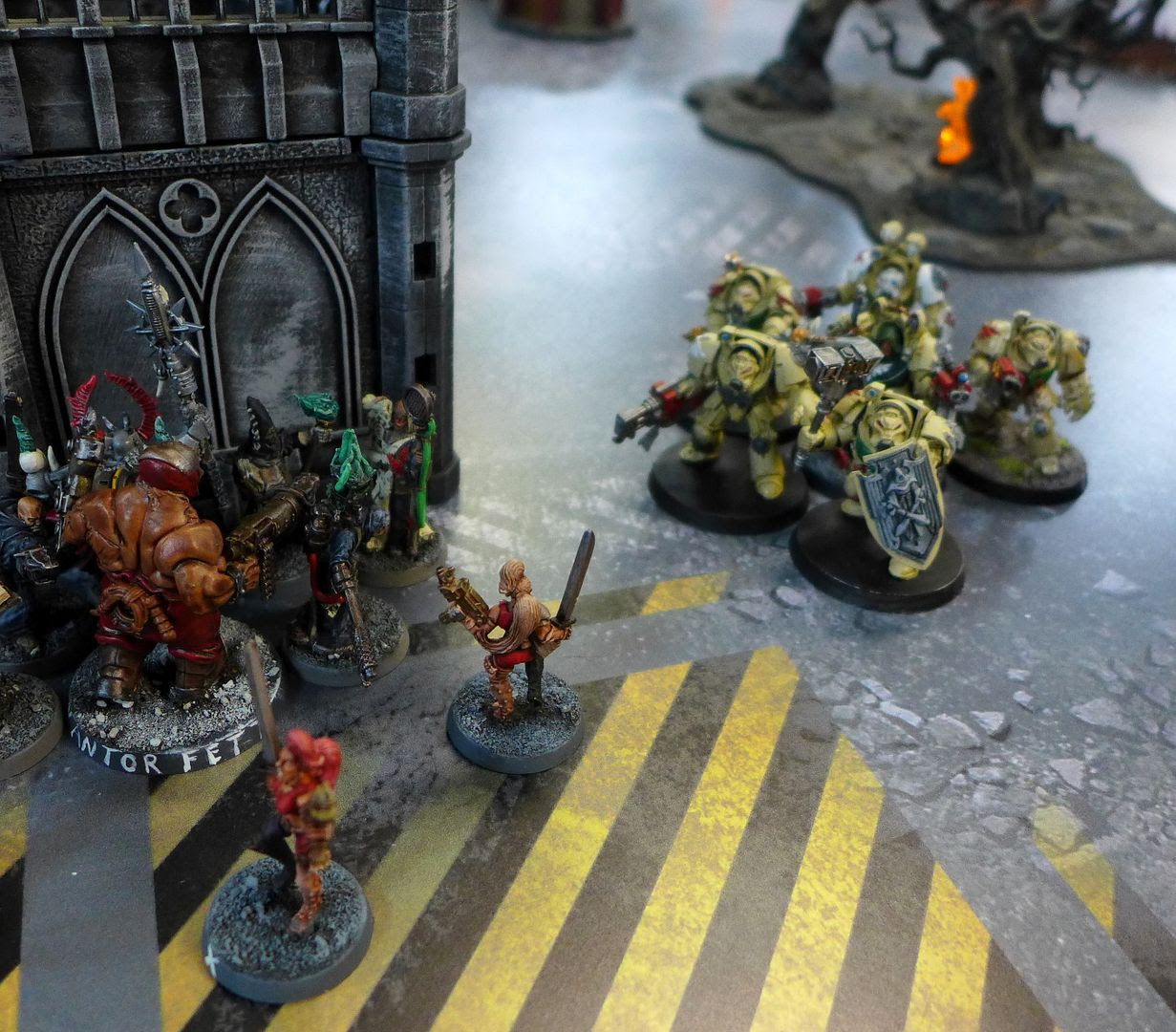 Belial and friends drop in and light up Astrakenor's squad. 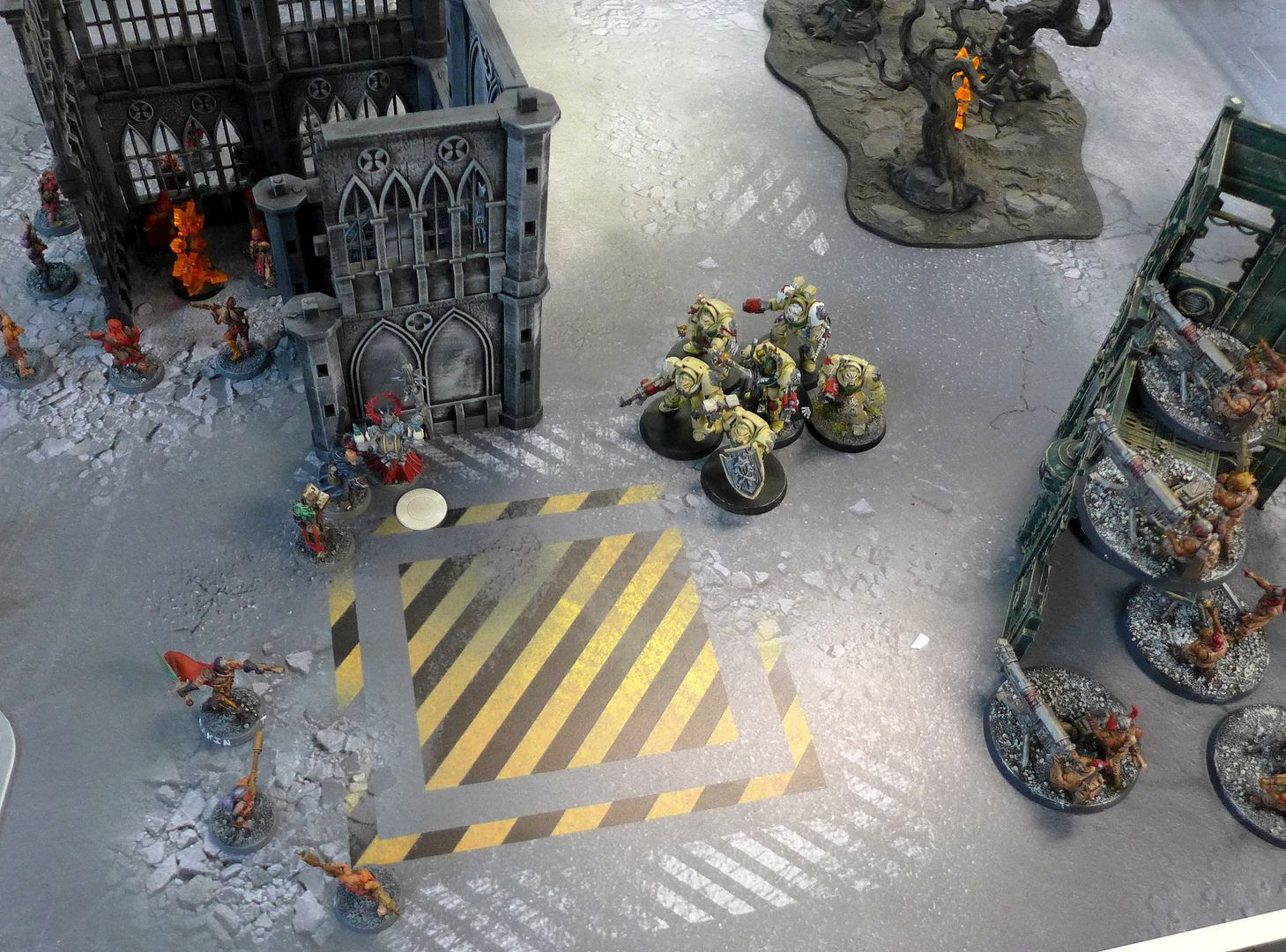 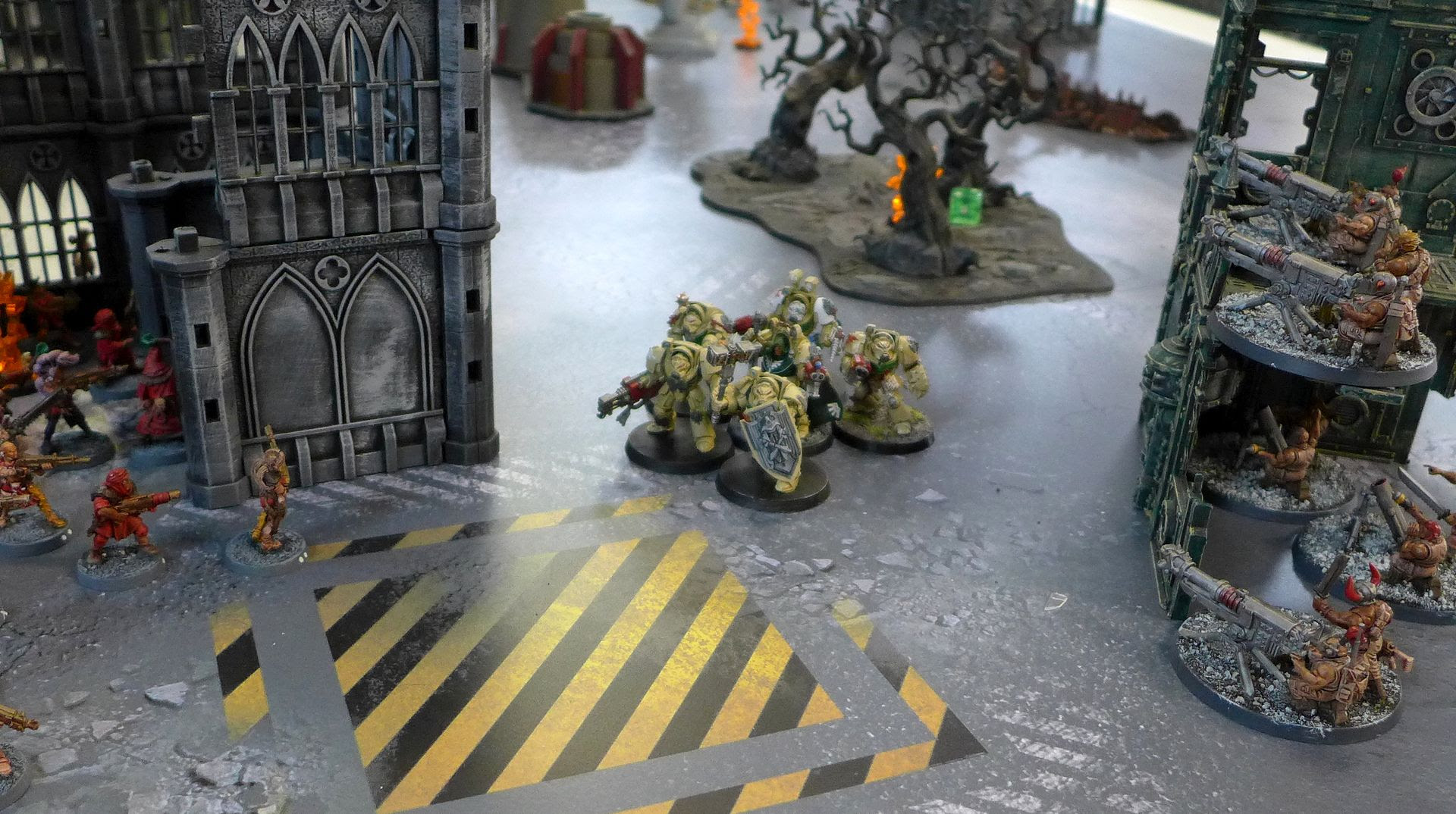 Scythiak forces reposition and pour fire into the terminators to no avail. 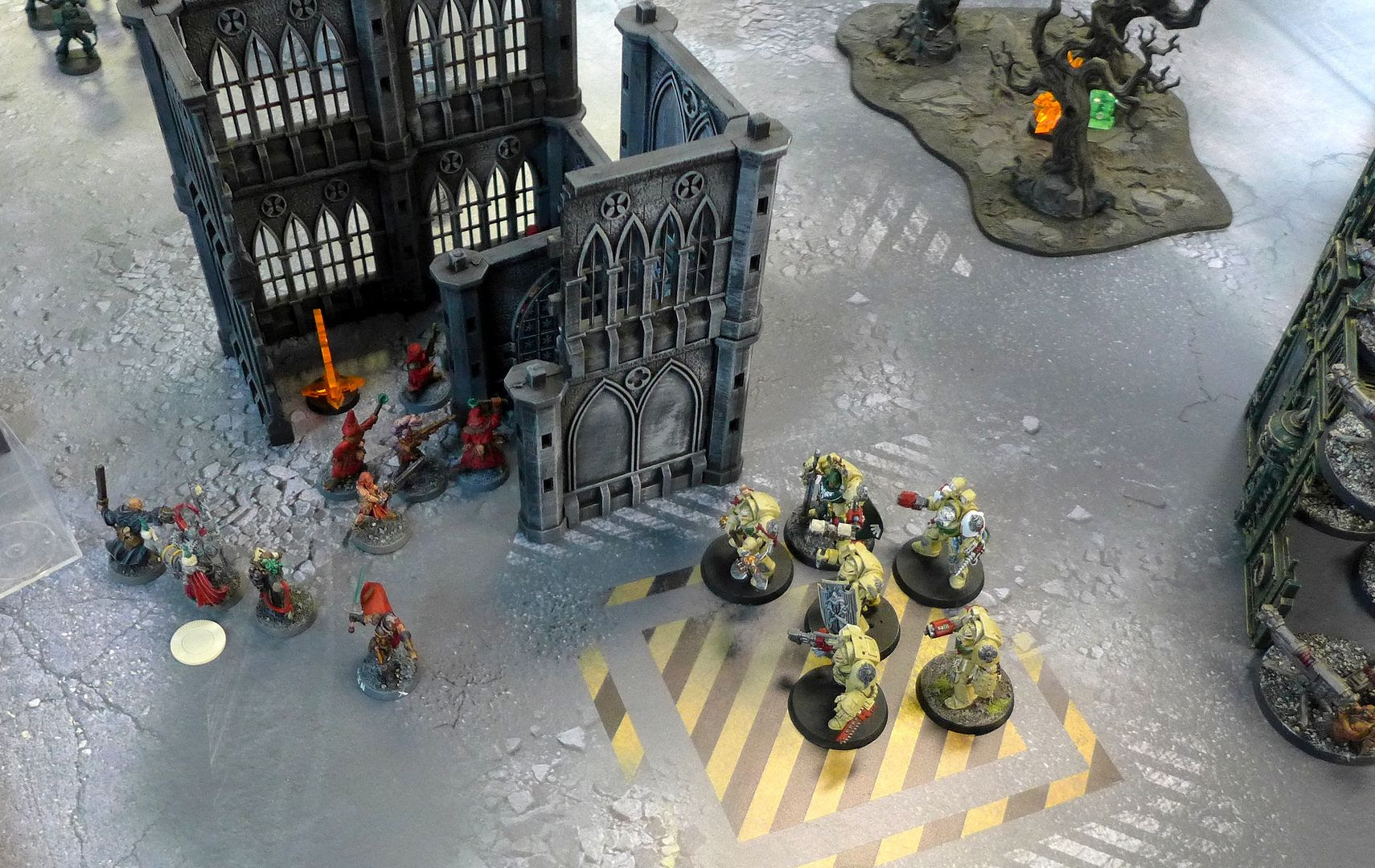 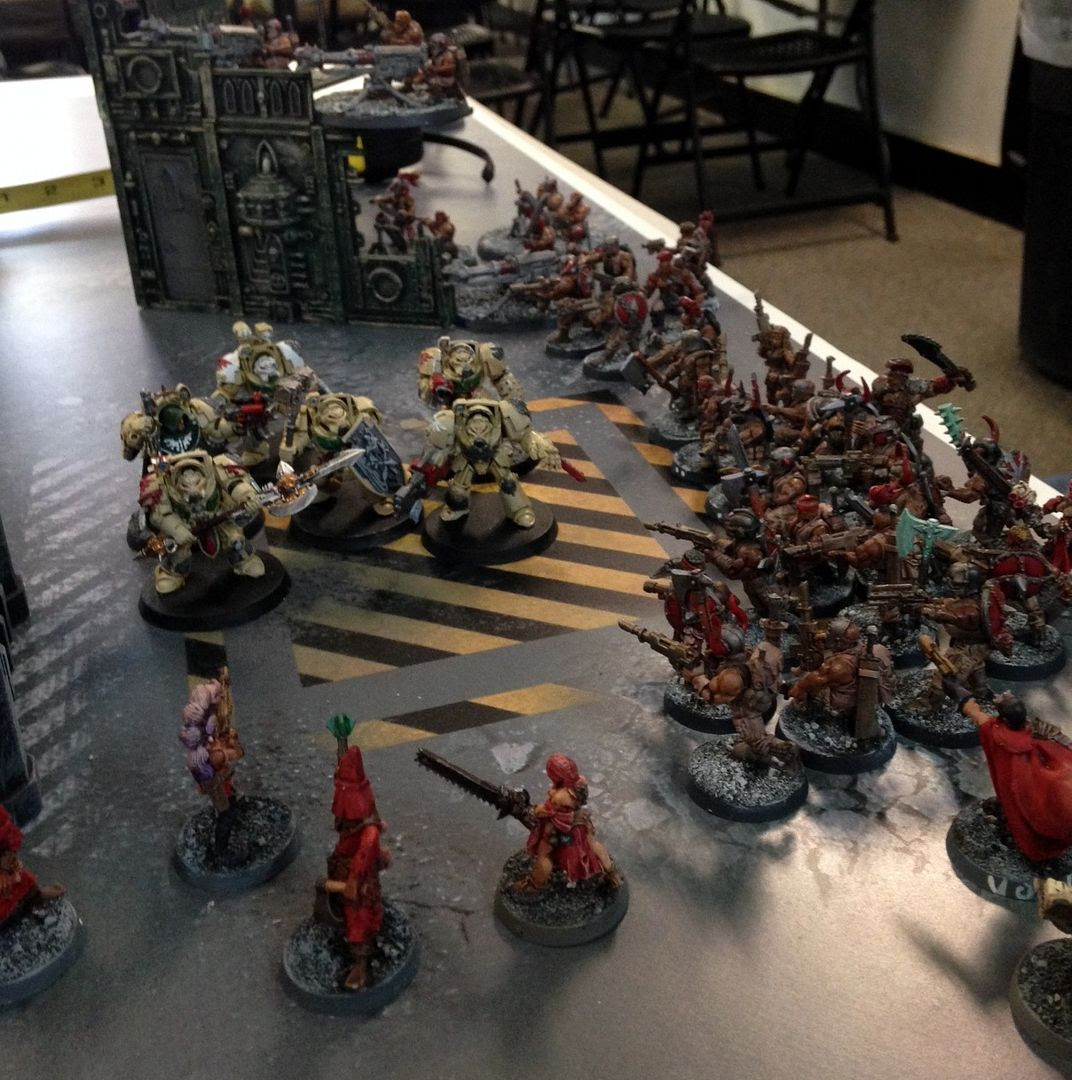 Scythiak reinforcements arrive and manage to do a little damage but are mostly heavy flamer bait.

Off on the far end, my stormtroopers and spawntinels fight the tac squad+librarian.  One-well placed frag grenade takes out most of the stormtroopers and it's all downhill from there.  The terminators chew through the hordes and... 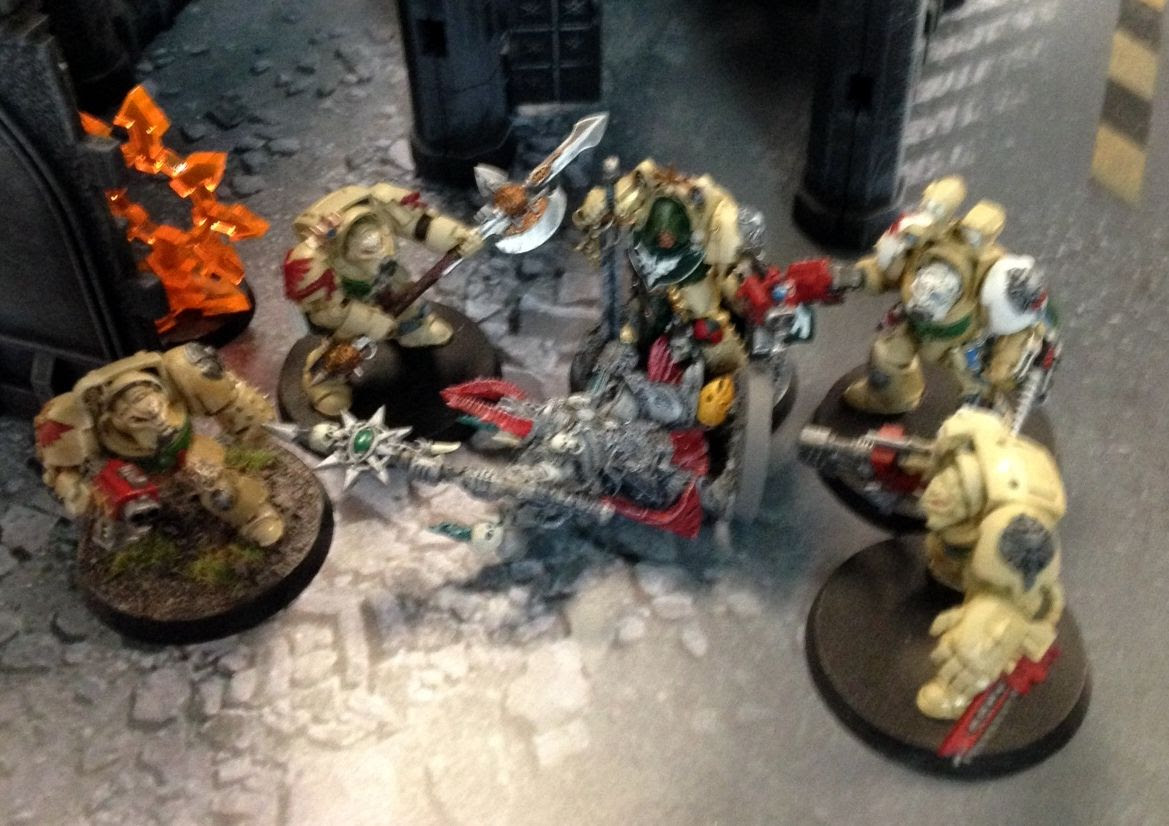 This coming Sunday we're doing a hobby day, working on minis, repairing store terrain and perhaps adding to it while eating Halloween leftovers.
Posted by sonsoftaurus at 9:31 AM