As mentioned in the previous post, I have been thinking about cutting up my city terrain board for some time.  I like it, and the design gives it a lot of potential variety, but with the change from 25%+ and "set up the board and pick a side" to alternating placement and random amounts it doesn't work as well.  Plus its form makes it a pain to store and is basically impossible to transport without a van or truck, which I don't have.  So, I figured cut it up, make it easier to store and bring out to stores/events as needed.  Recently a friend let me borrow a nice little powered saw and with protective gear for me and sonofsonsoftaurus, we tried out the saw and made a few cuts.

It was a fun project making it, with stuff from around the house and the (at the time) fairly new Cities of Death kits.  I got a big lot of them mostly built second hand, and pretty much kept them as they were (besides painting them).  A good bit of trial and error, inspiration from around the web (including some great posters), with some adjustments as I went along.

But, as said, the chopping has started.  Rezoning, if you will. 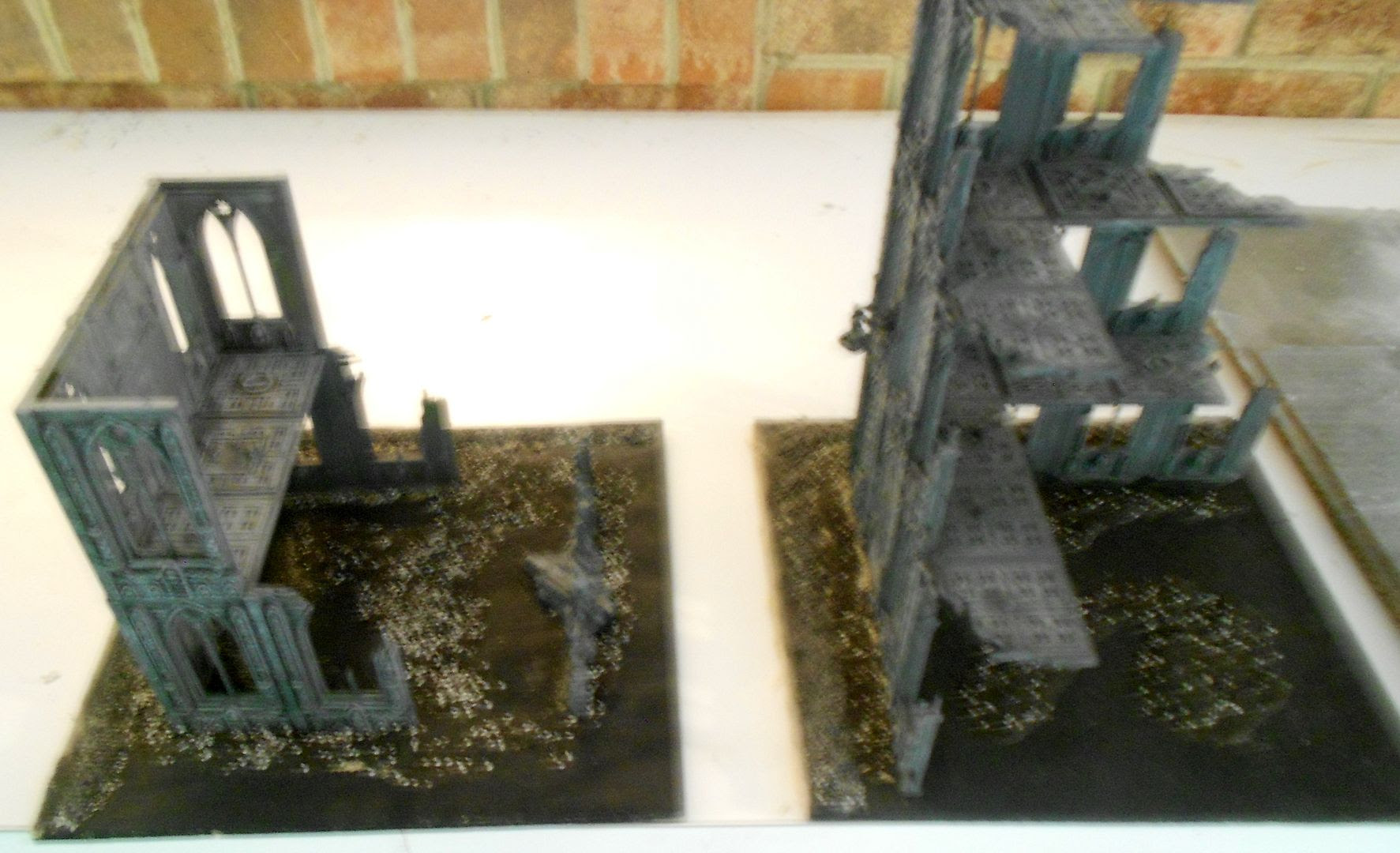 No turning back now!

Once I get the various features cut out, I may go back and trim up edges a bit, then sand them down and paint the exposed edges.  Then perhaps some big bins are in their future.

Posted by sonsoftaurus at 10:13 PM