The sawing up of the city board sections is complete.  One large ruin made from foam I decided to just abandon, and some of the smaller elements that were part of larger pieces I took off of the board, like the crashed flyer.  This still left me with a lot of based terrain pieces. 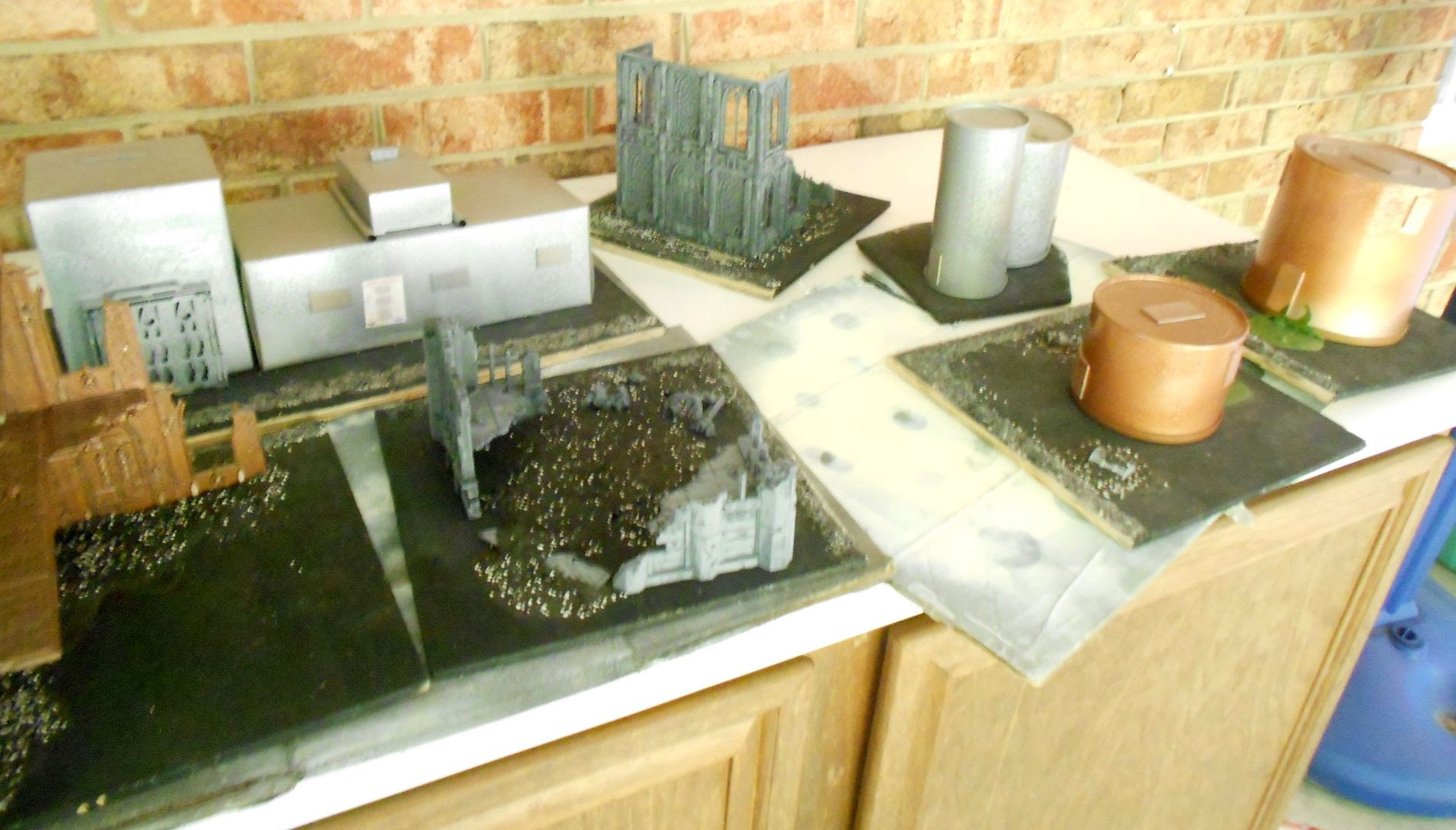 The shaking from the vibrating saw knocked some pieces loose, but easy enough to glue back on.  For some of the pieces I thought about trimming more ofhte wood, but think I'll mostly leave them as is for extra stability. 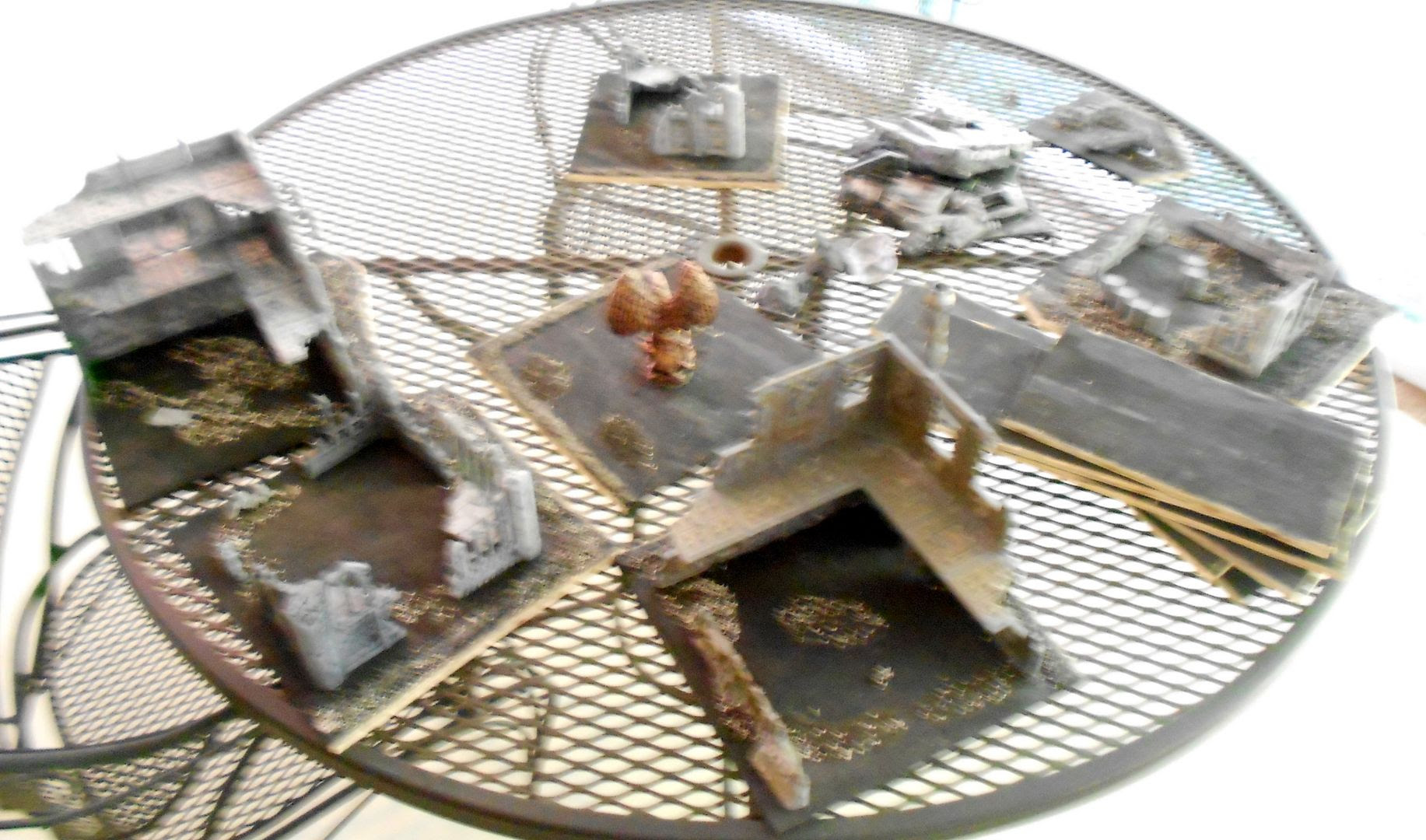 The big eagle statue will probably be removed.  As part of the larger board section it works, but as a solo terrain piece, not so much.

I cut up some of the roads into sections too; perhaps they'll live on in the future as bases for other terrain pieces.

Posted by sonsoftaurus at 4:20 PM