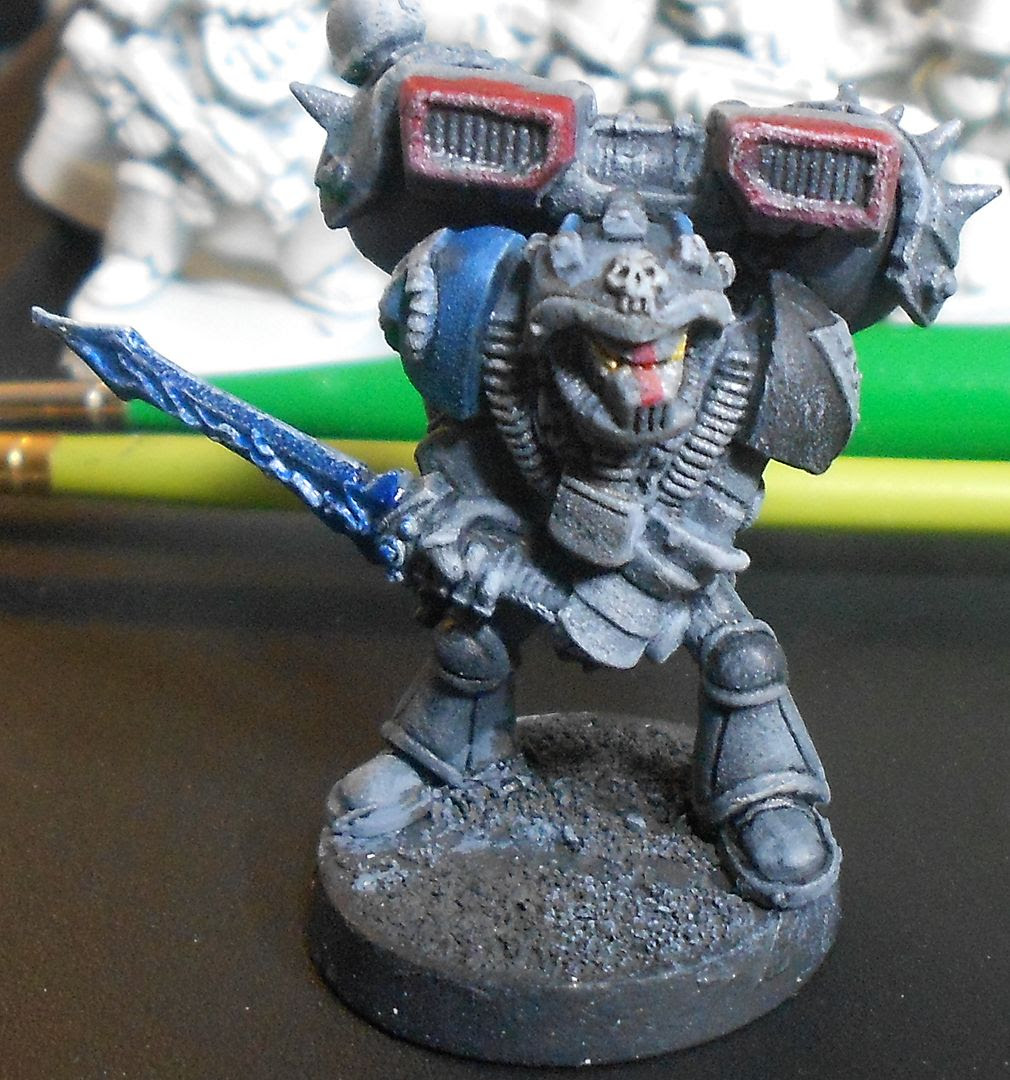 I've been getting a little painting progress done since getting back from vacation.  First up is a Space Sharks librarian with jump pack.  I've never been a fan of all-blue librarians, so he's mostly in standard Shark grey, with a blue pad (and psychic hood) to denote his specialty.  For those younguns out there, the figure is an old metal librarian, circa 1990.  Metal jump pack with ork spiky bits added for a little shark flavor. 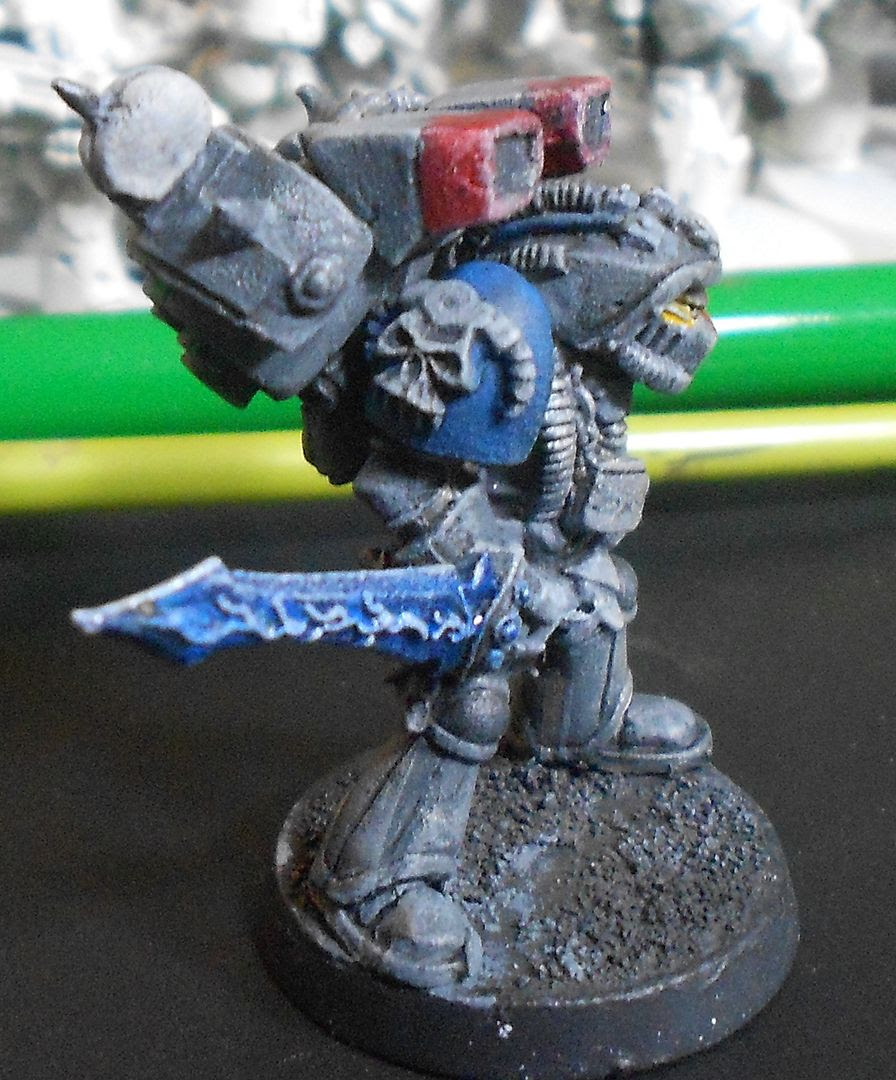 The league has just jumped up to 1250pts.  He won't be in that list, but I plan to have him leading a squad of assault marines when we go to 1500. 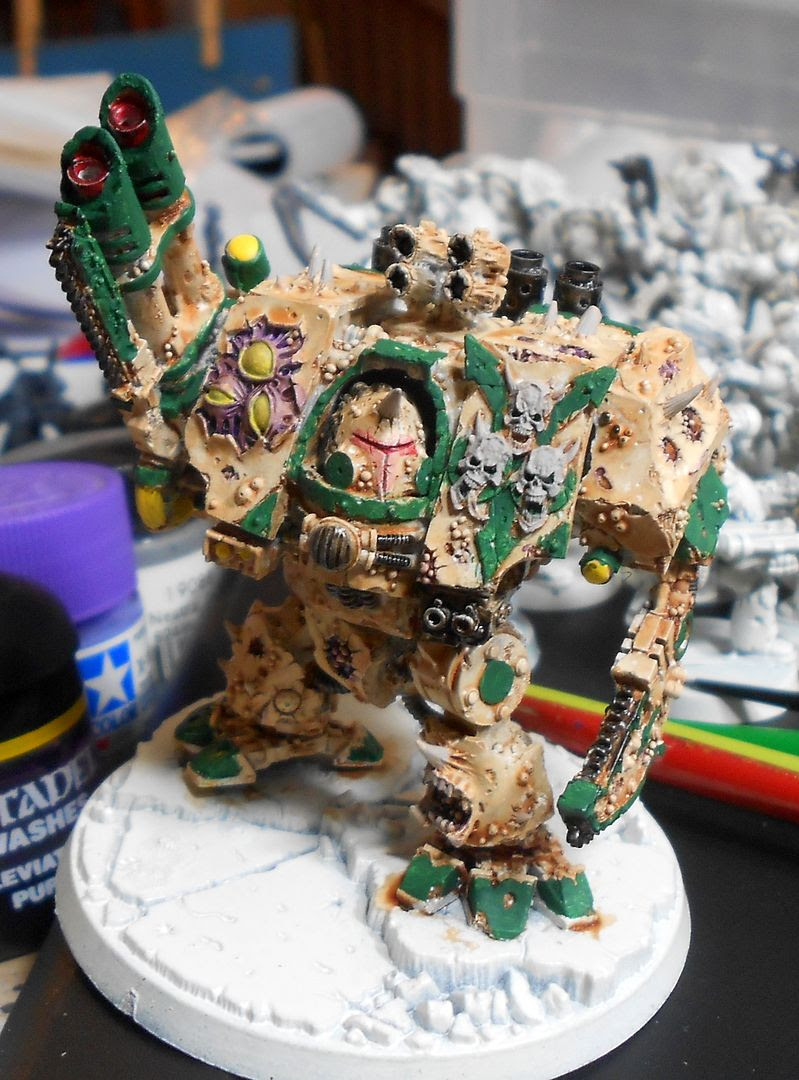 Feeling my way through the Nurgle marines, starting with the dread.  Still very much WIP.

Posted by sonsoftaurus at 9:00 AM