Thoughts: Does everything in the background have to be represented by rules? 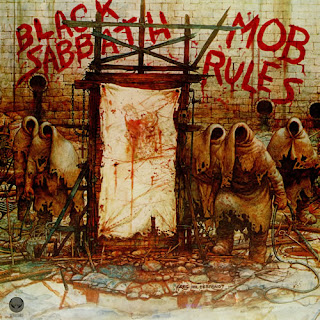 We've all heard it, and have probably engaged in some of it ourselves: such and such rule doesn't reflect the background!  X chapter of marines should have rules for XYZ!  We've heard the clamor for ways to differentiate marines, chaos legions, eldar craftworlds, ork klans, guard regiments, tyranid hivefleets, etc.

At some level it makes sense.  Imperial Fists are supposed to be masters of siege warfare, Bad Moons are supposed to have the best equipment, Saim Hann use a lot of jetbikes.  Why not give them special rules to represent that?

But how much is really necessary?  How much of the background needs hard representation in the "crunch" of the rules?  Can't the Salamanders' preference for flame weapons just be represented by the player choosing to use more of those weapons instead of having to have special rules making them more effective?  Can't you represent the Blood Axes by just choosing more Kommandos and Stormboys without needing extra bonuses?

My view is that such rules are generally more needed when the issue is choice - like if the Ork codex had a restriction on looted vehicles, let Deathskulls (who are renowned for their looting abilities) ignore that restriction, instead of giving them a special rule making something better, like letting you reroll the Loota's d3 shots.  Open up posibilities.  Given the limited nature of the game, does the level of difference in the background really justify an in-game effect?  Are Imperial Fists really *that* much better at cracking fortifications than other marines to give them a +1 in a d6-based game?  Or should it just be represented by the player taking more devastators and vindicators?

I also think that in-game bonuses a lot of times lead to problems, and issues of escalation.  Take the Death Guard, the chaos marine legion devoted to Nurgle.  Plague Marines are supposed to be tough, so they gave them Toughness 5.  They also gave them Feel No Pain (which originally came to chaos through KHORNE, not Nurgle, by the way...), but other Nurgle marked units only get the toughness boost.  This leads to complaints that you can't really do a Death Guard army, since the more veteran style units like Chosen and Terminators are "less blessed" than the Troops.  Would the designers have been better off (in the sense of fewer complaints) by simply not giving the Plague Marines the FNP boost in the first place?

What do you think?  What sorts of things do you feel need to be represented better in the rules?  What could be taken out?

Posted by sonsoftaurus at 3:30 PM