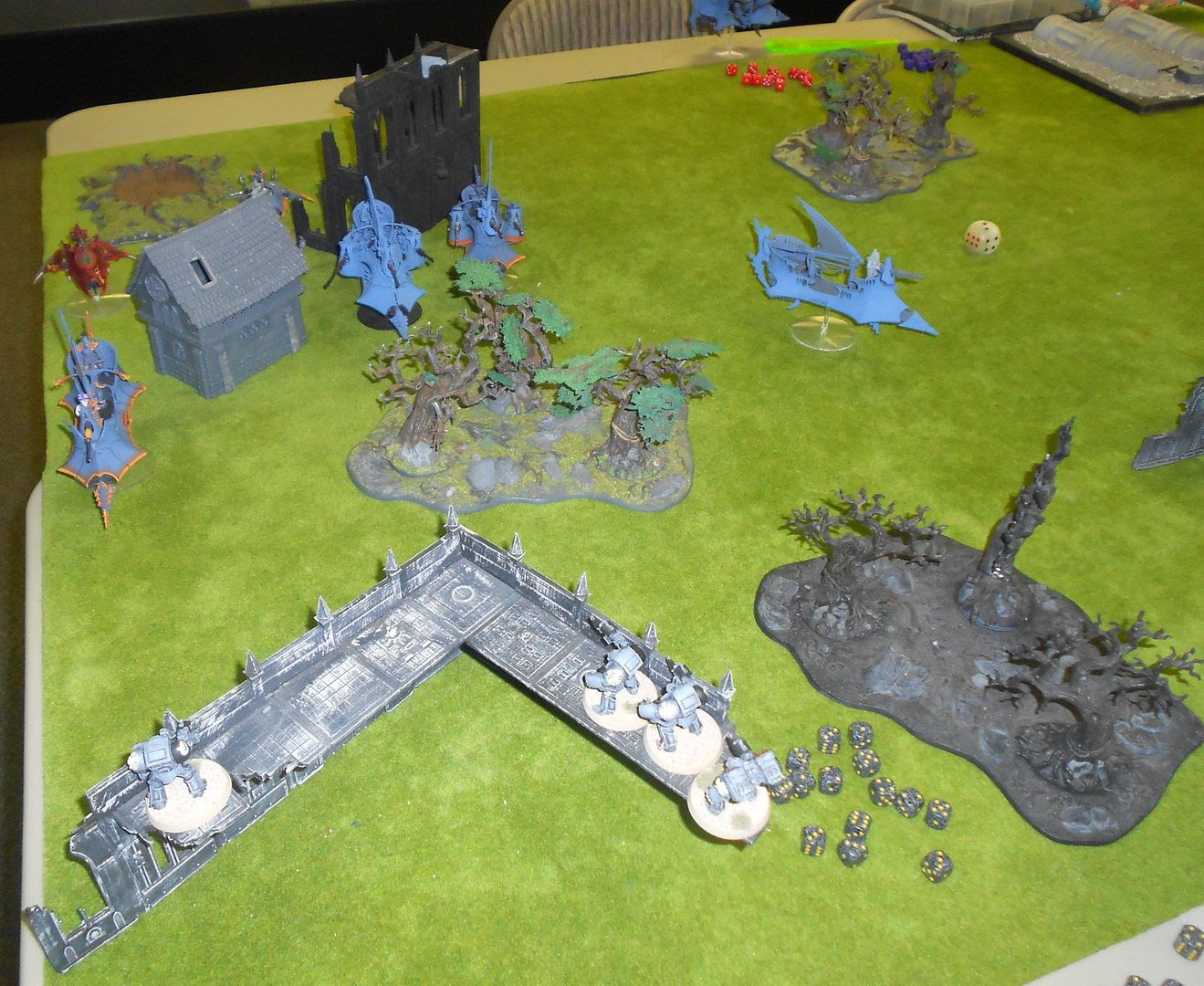 Monday I played against the Dark Eldar for our local league.  1000pts, kill points.  He set up first clustered behind the ruin at the top of the picture.  I set up second, deciding to start both cyclone squads on the table, down on the bottom of the ruin on my side, mostly blocked from LOS.  Belial would teleport in with the assault cannon squad, and the 5-man tactical squad would walk on.

I managed to seize initiative, and walked both terminator squads upstairs to the parapets.  One cyclone shot through a window and exploded a ravager, earning first blood and cutting down on the incoming dark lances.  The other cyclone's shots went wide.  On the Dark Eldar turn, they moved out and poured fire into the Space Sharks, gutting both squads (above). Belial and his squad arrive turn two, and split fire to shoot at a ravager with assault cannon and raider with storm bolters.  Ravager gets shaken.  Squad with cyclone left climbs down and misses some more, while solo terminator realizes he's doomed anyways and plinks away with his storm bolter.  I had considered bringing Belial in behind the DE to shoot up the venoms, but decided it would work better to keep forces concentrated. 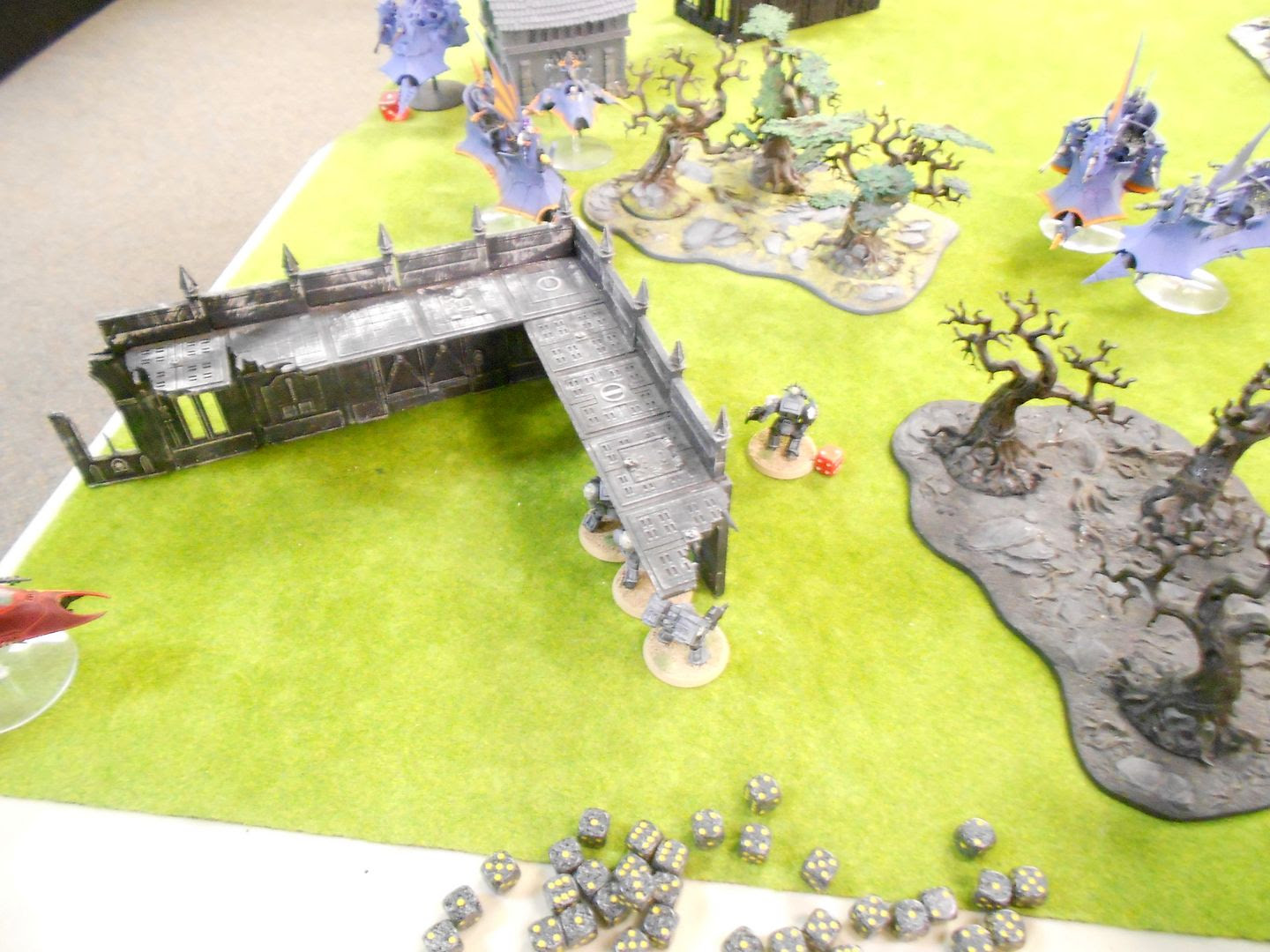 Lone terminator gets wiped, and Belial's squad gets vaped, while he takes two wounds. 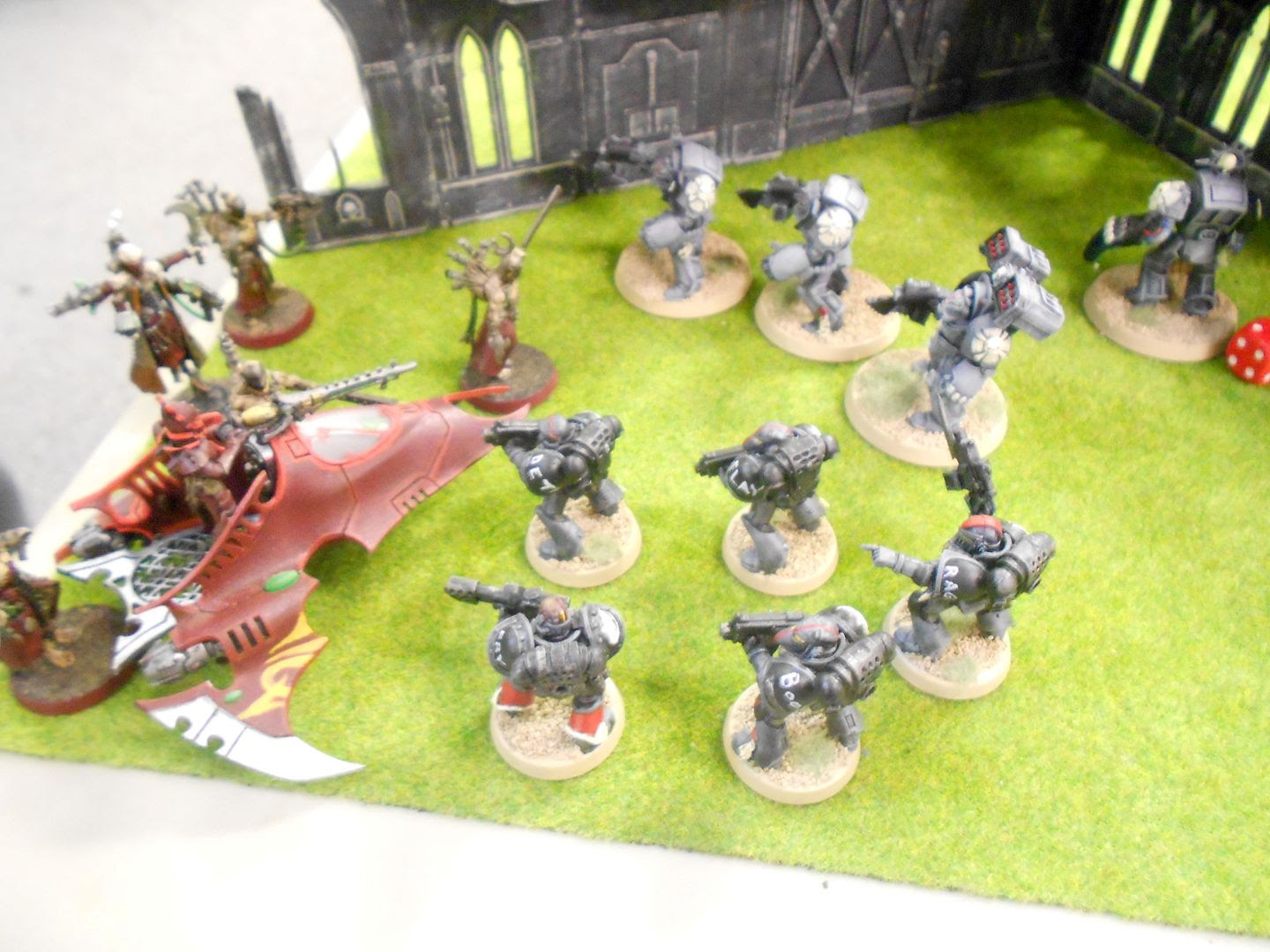 Tac squad arrives.  Belial hops over and joins the remaining terminator squad, which downs the venom.  Tac squad flamers and bolters up the wracks, leaving only the haemonculus and one liquifier wrack alive. Terminators charge in, and two go down to AP1 liquifier wounds.  Belial cuts down the haemonculus, and the other terminator power fists the wrack apart.  Slay the warlord and extra point from Belial's "The Hunt" warlord trait.

Next, the DE fly up and shoot everyone to death.

C'est la vie.  The expected outcome, but it was fun to kill a few DE before I went down.

Win for the DE for tabling the Space Sharks.  Victory point wise, we ended up tied 7-7.
Posted by sonsoftaurus at 2:53 PM