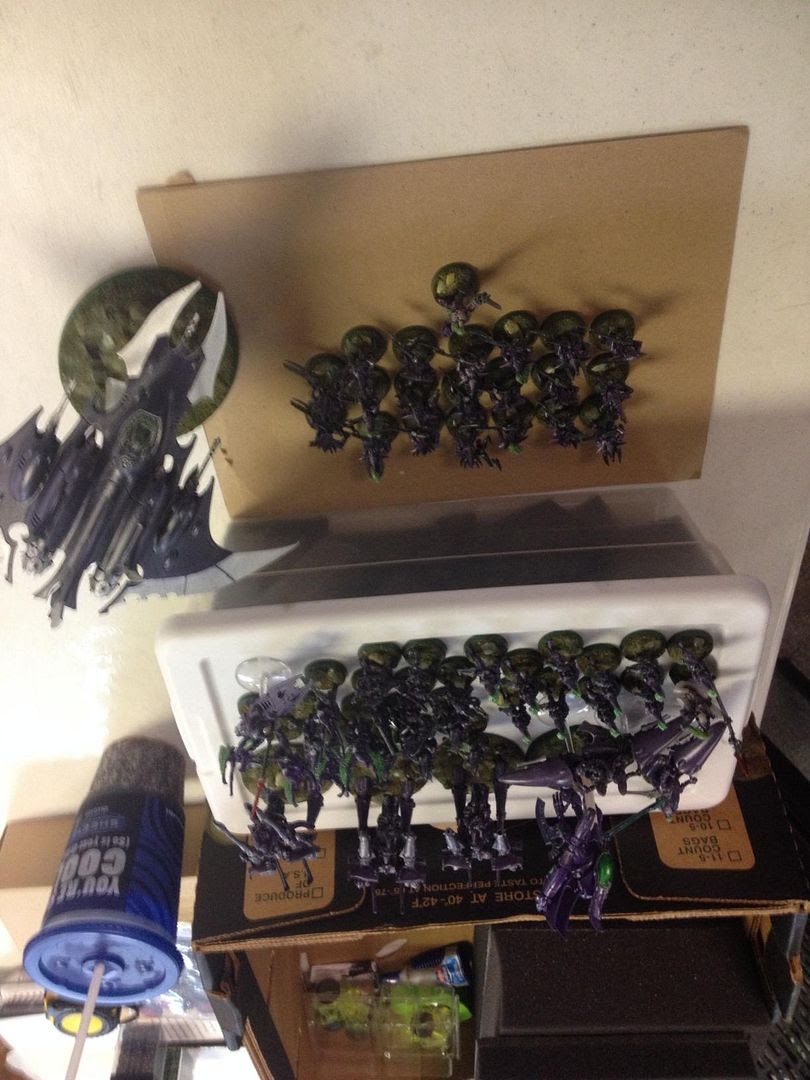 Thanks to my friend Joel and his phone, I have a few pics of today's events, my own camera having been left behind.  Above, my army at 1500pts (plus warlord) waiting to hit the table.

We had a big crowd today, with 8 players and a few other potential ones stopping by. 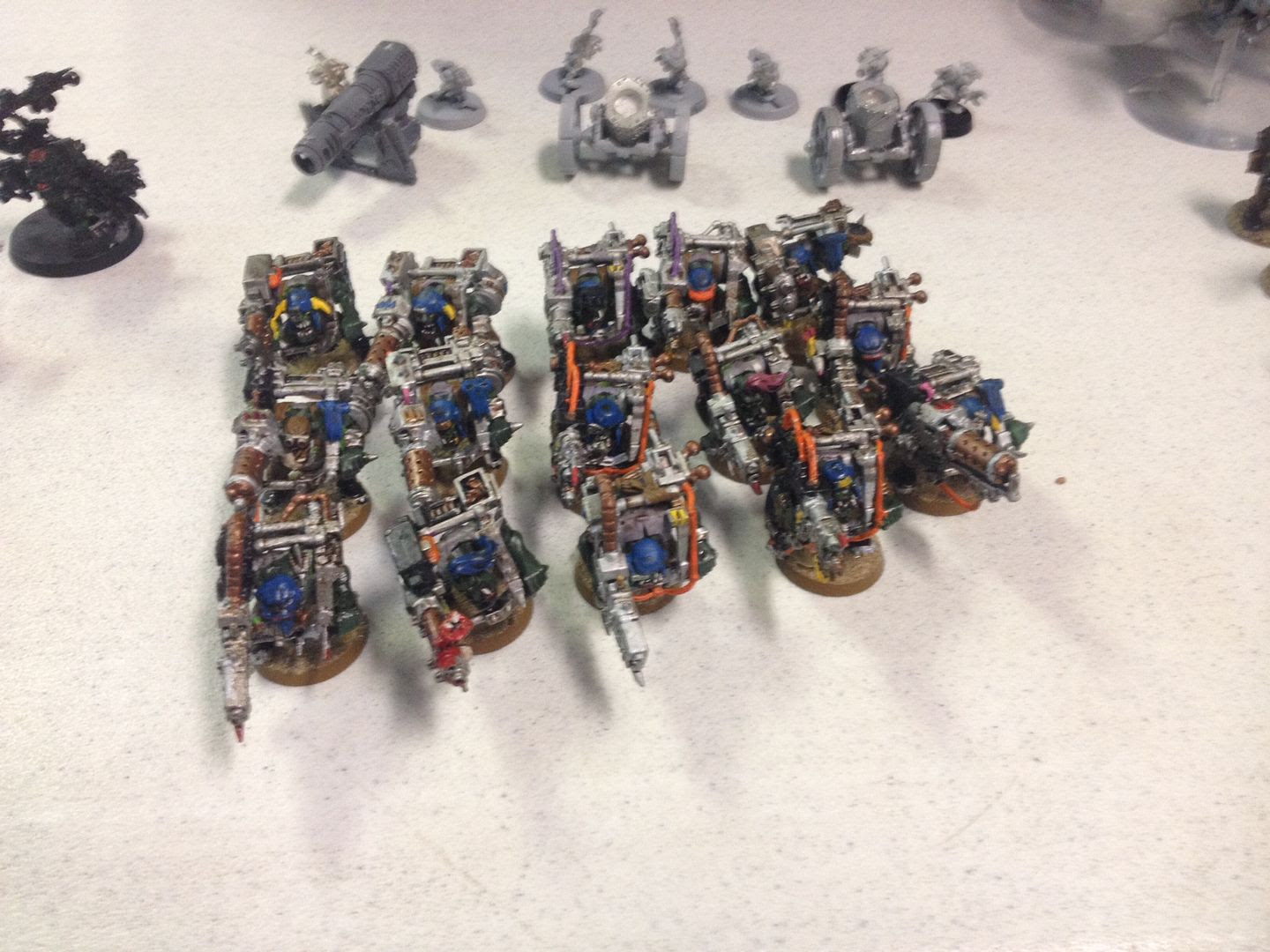 As we were next to each other on the map and both there, Leonard's orks and I ended up in battle over the lake area of the map once again.  Above are his lootas. 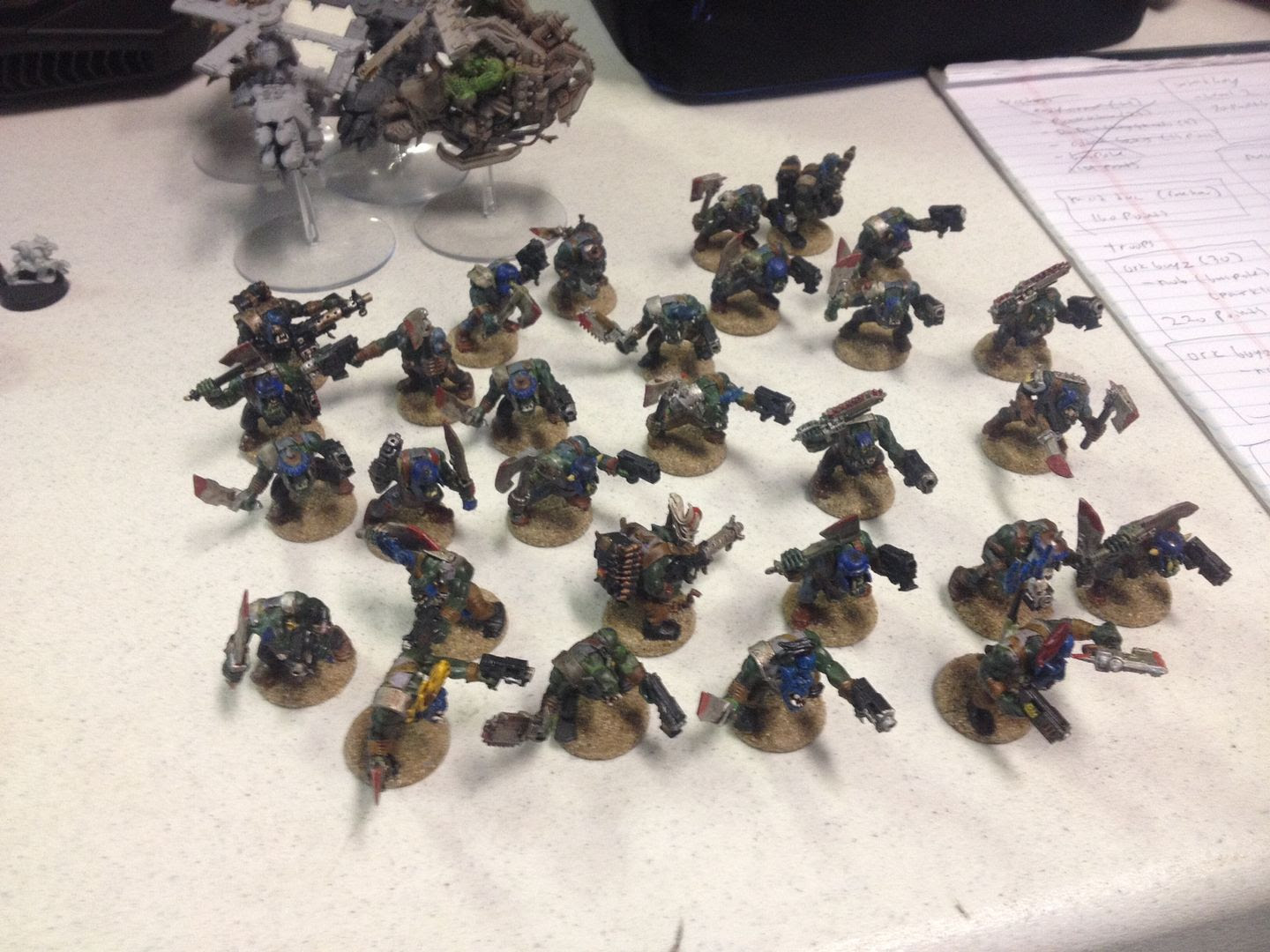 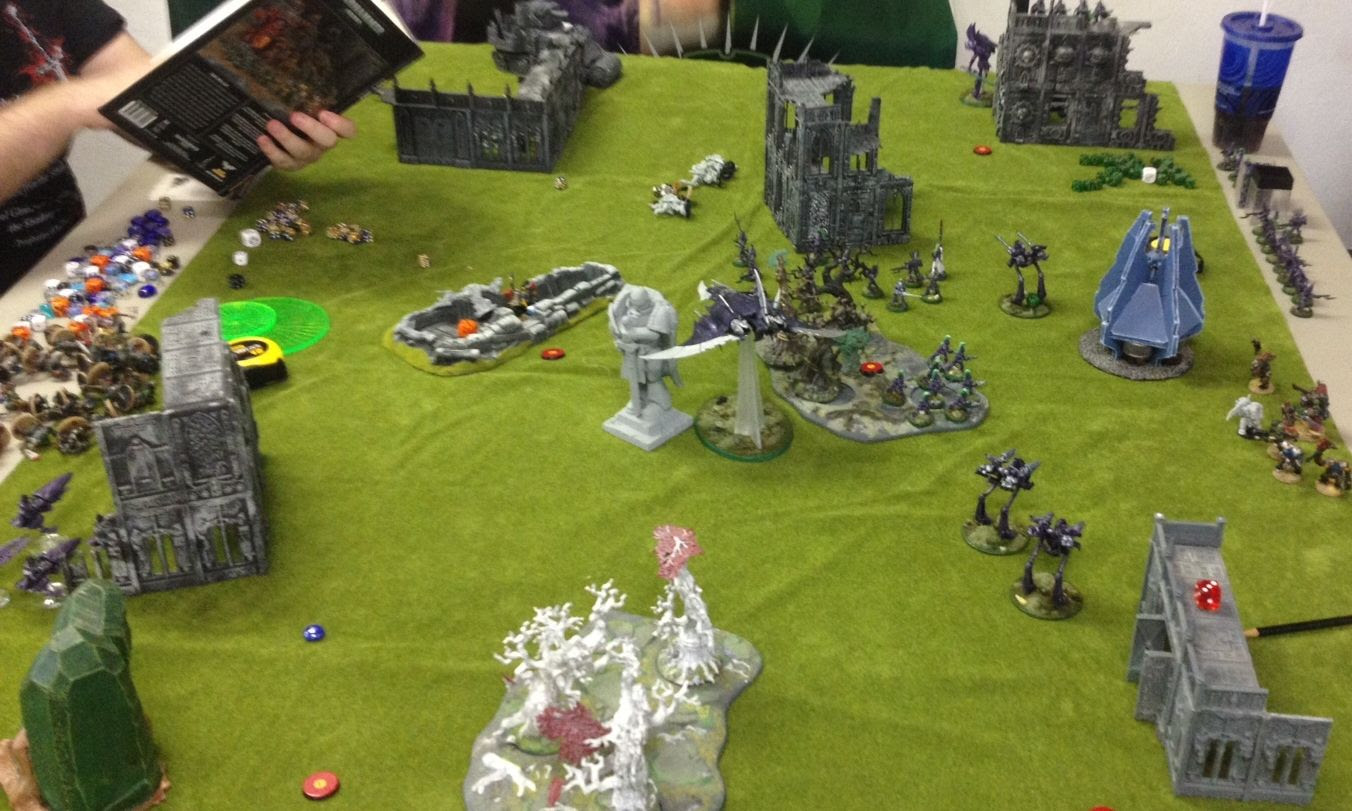 It didn't go too well for the orks.  This pic is from turn three, with most of the boys being shot off the table, kommandos arriving and getting pinned, and teleporting boys getting flamered by the wraithlord off in the top right corner.  His battlewagon and lobbas did well, with the wagon lasting until turn seven despite repeated flurries of bright/dark lances launched at it. 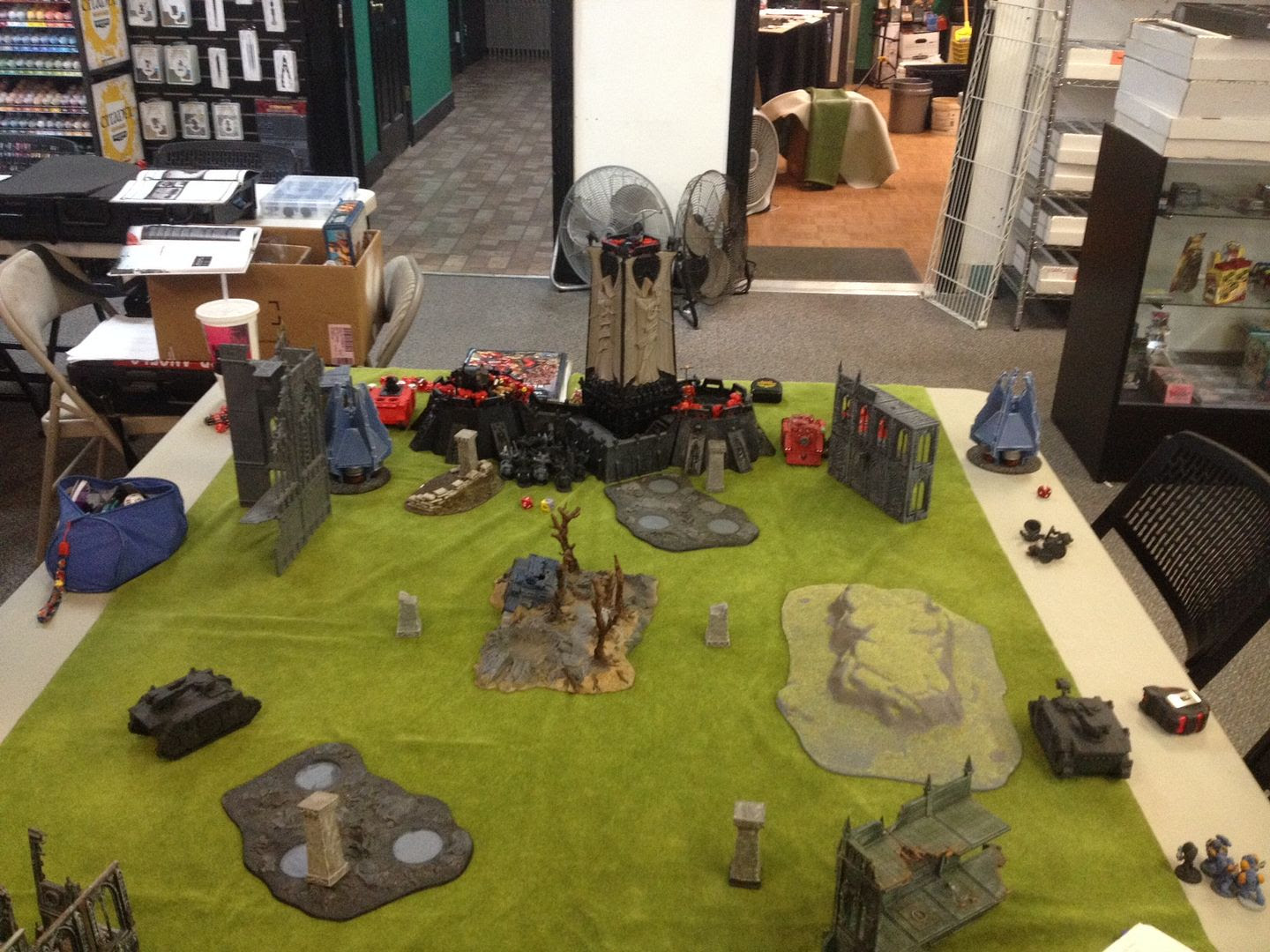 Joel also got to try out his big toy, the Fortress of Redemption with his Blood Angels.  Apparently it did pretty well, with most sections surviving the game. 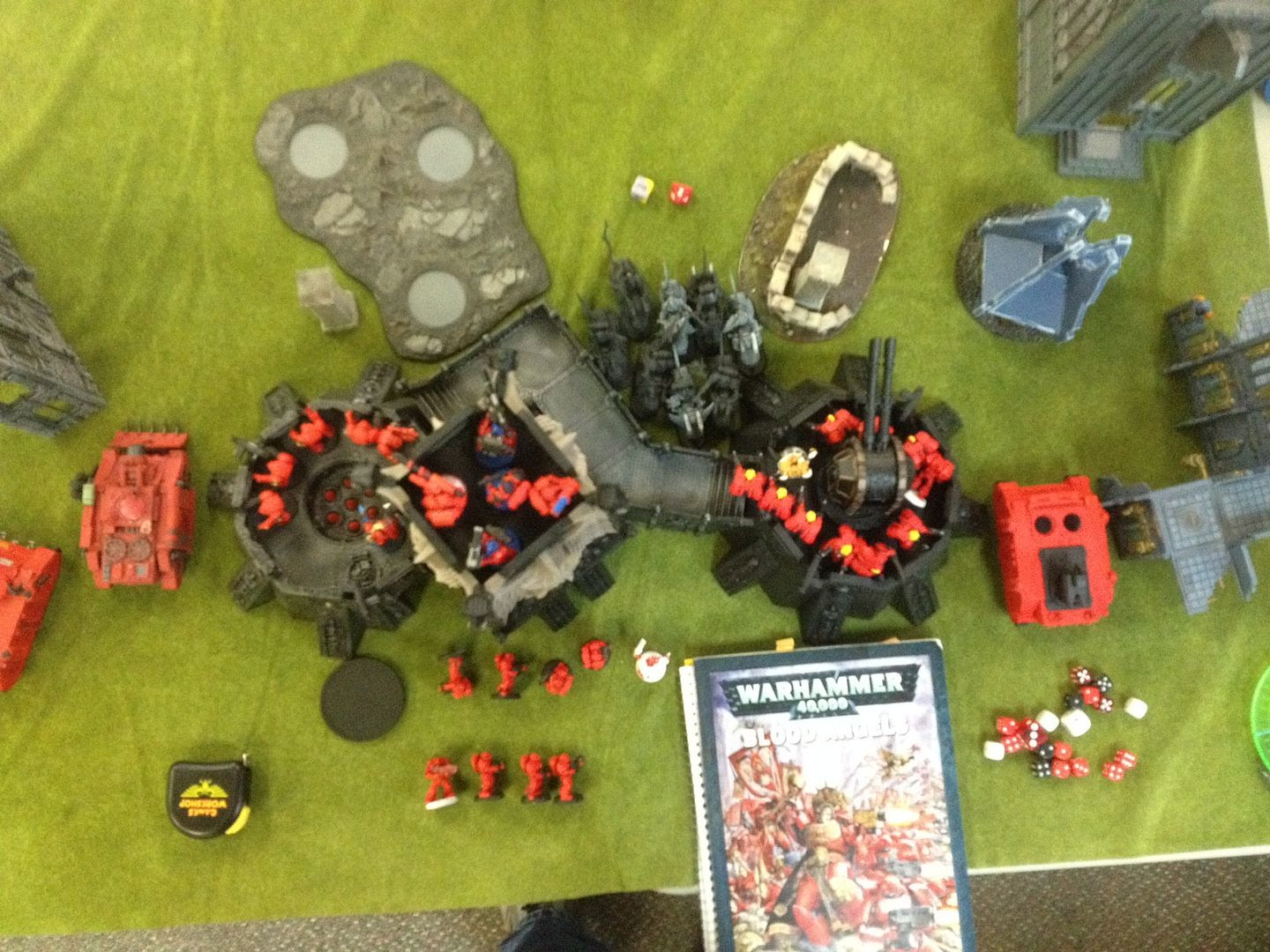 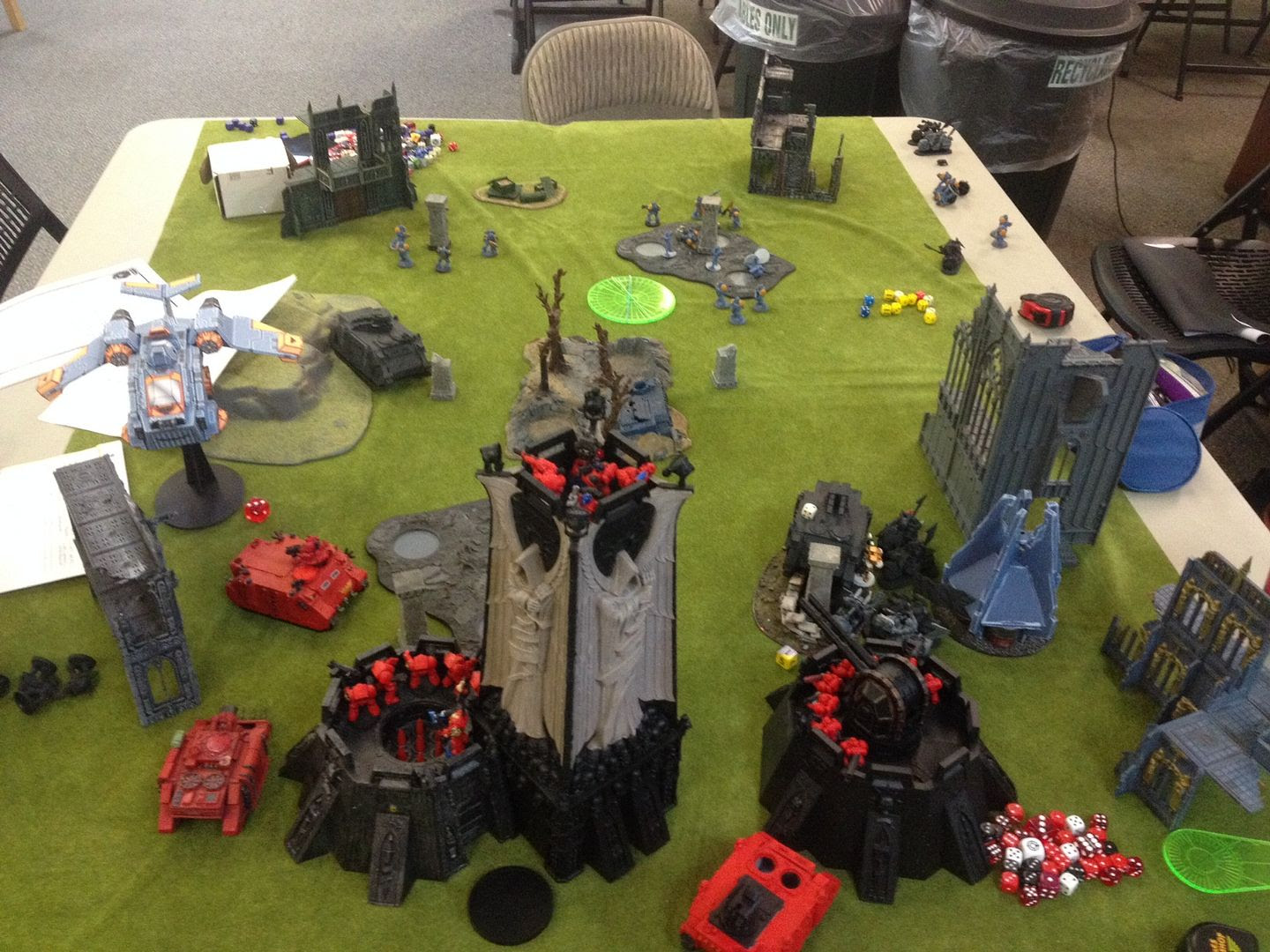 Posted by sonsoftaurus at 9:46 PM