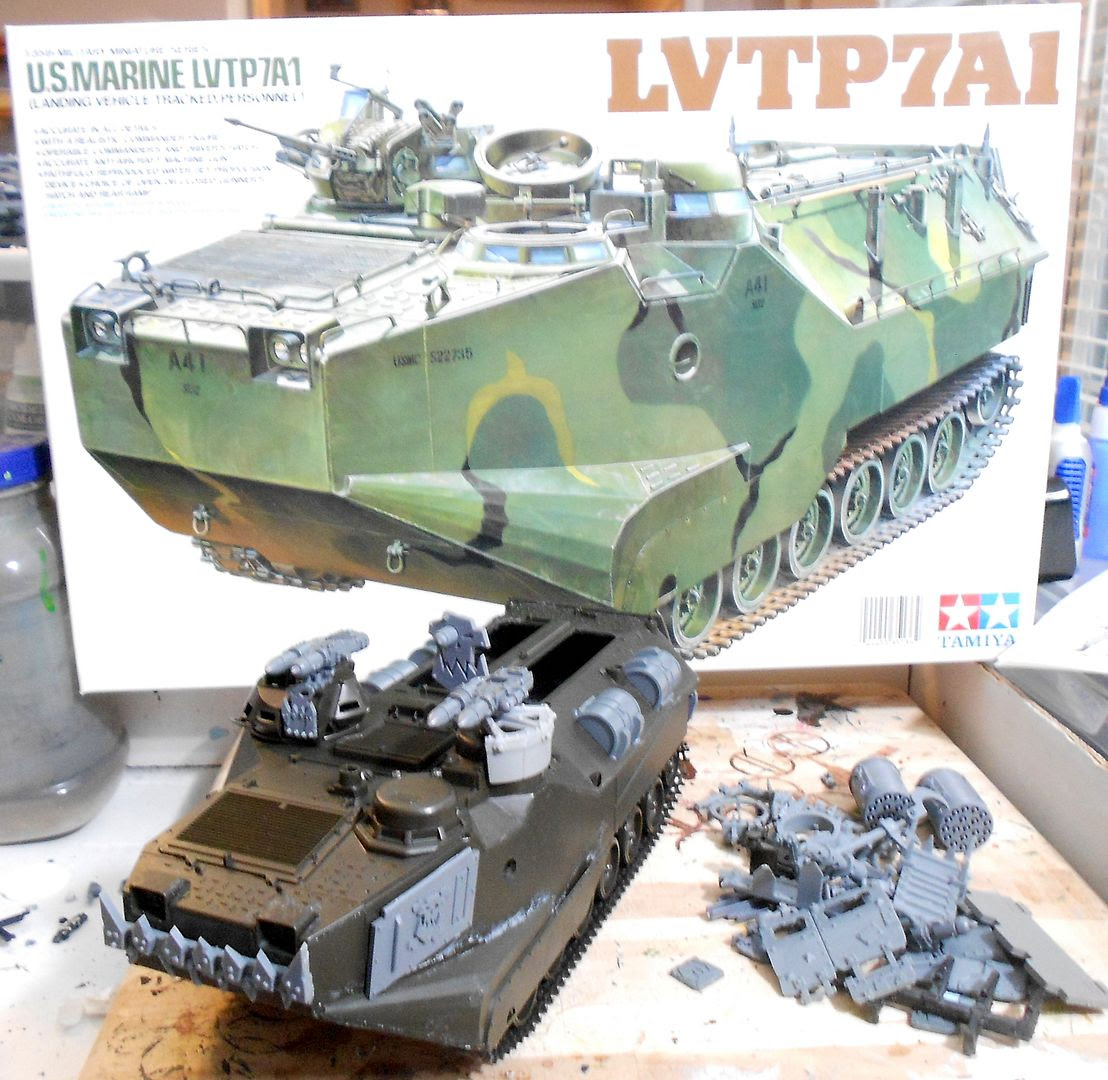 I plan on making a second, larger mob of Ard Boyz for my orks and wanted an Ard ride for them, so I looked at some of my spare kits and decided on the amphibious transport above as the base.  Partly because it's a good size, works well as a transport, and it's kind of funny for my desert-themed orks to be tooling around in an amphibious vehicle.  But hey, if the Steel Legion can tool around the Ash Wastes in all those Chimeras, why not? 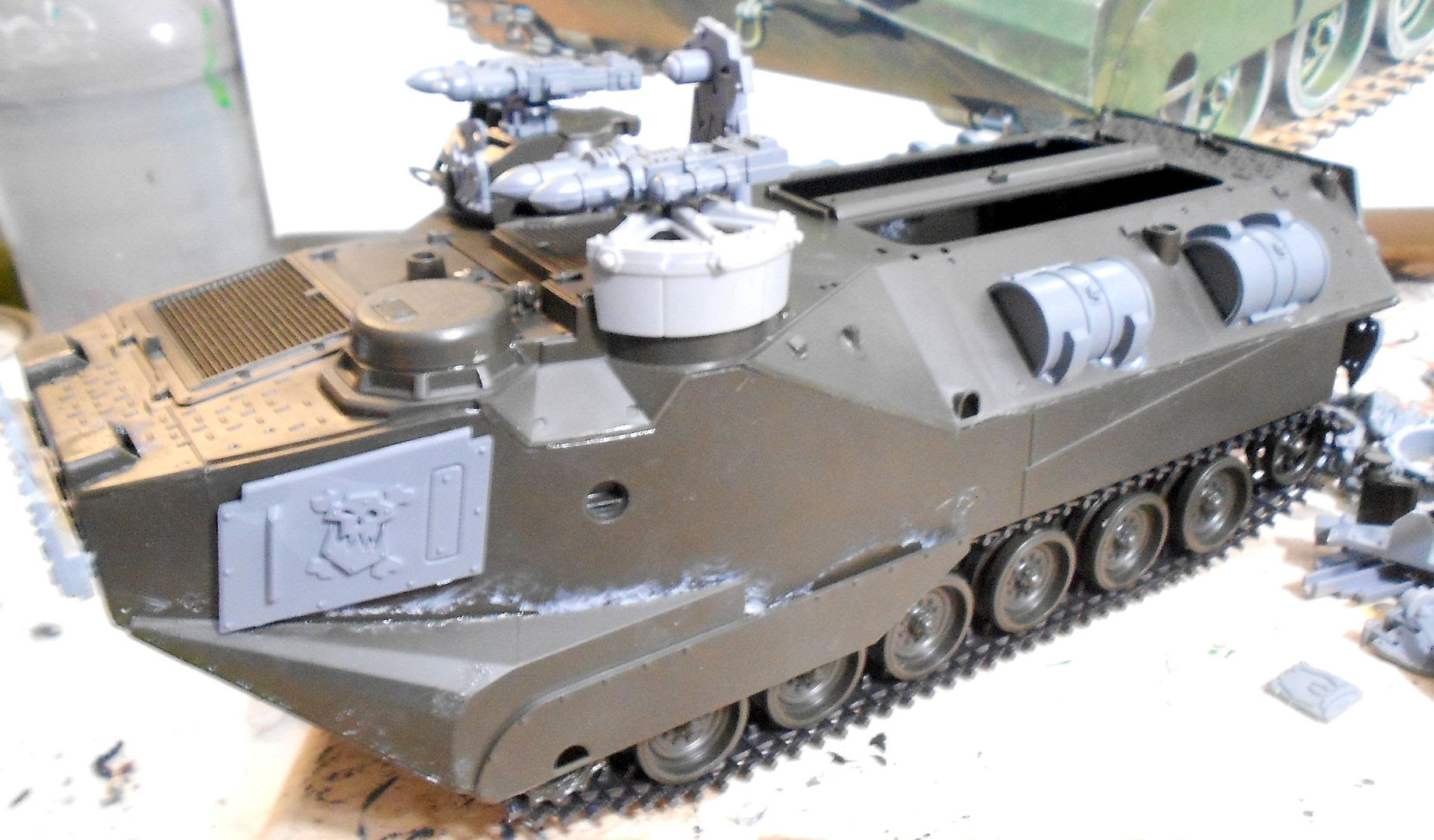 Side view.  I am rather fond of the orky periscope bit, and though I decided against it for my first battlewagon I thought it was appropriate here.  Barrels are old bits I've been waiting to use for something.  I think I originally got them for a potential Scythiak Hellhound, but here they help to break up the long flat sides.  Maybe they're fuel, maybe fungus beer, perhaps surprise fire ports, maybe just extra flotation, who knows. 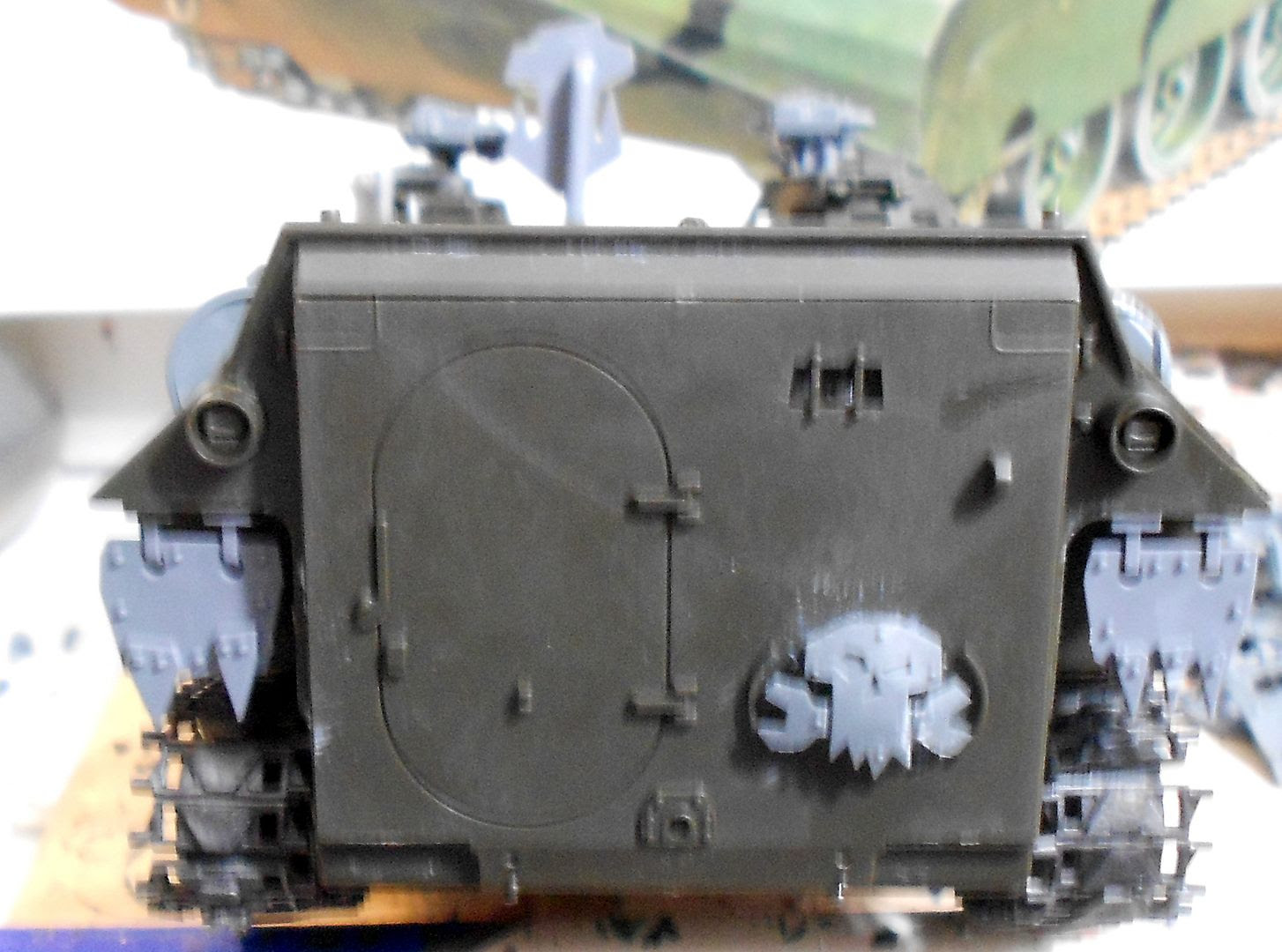 Back door and some dustflaps/track guards. 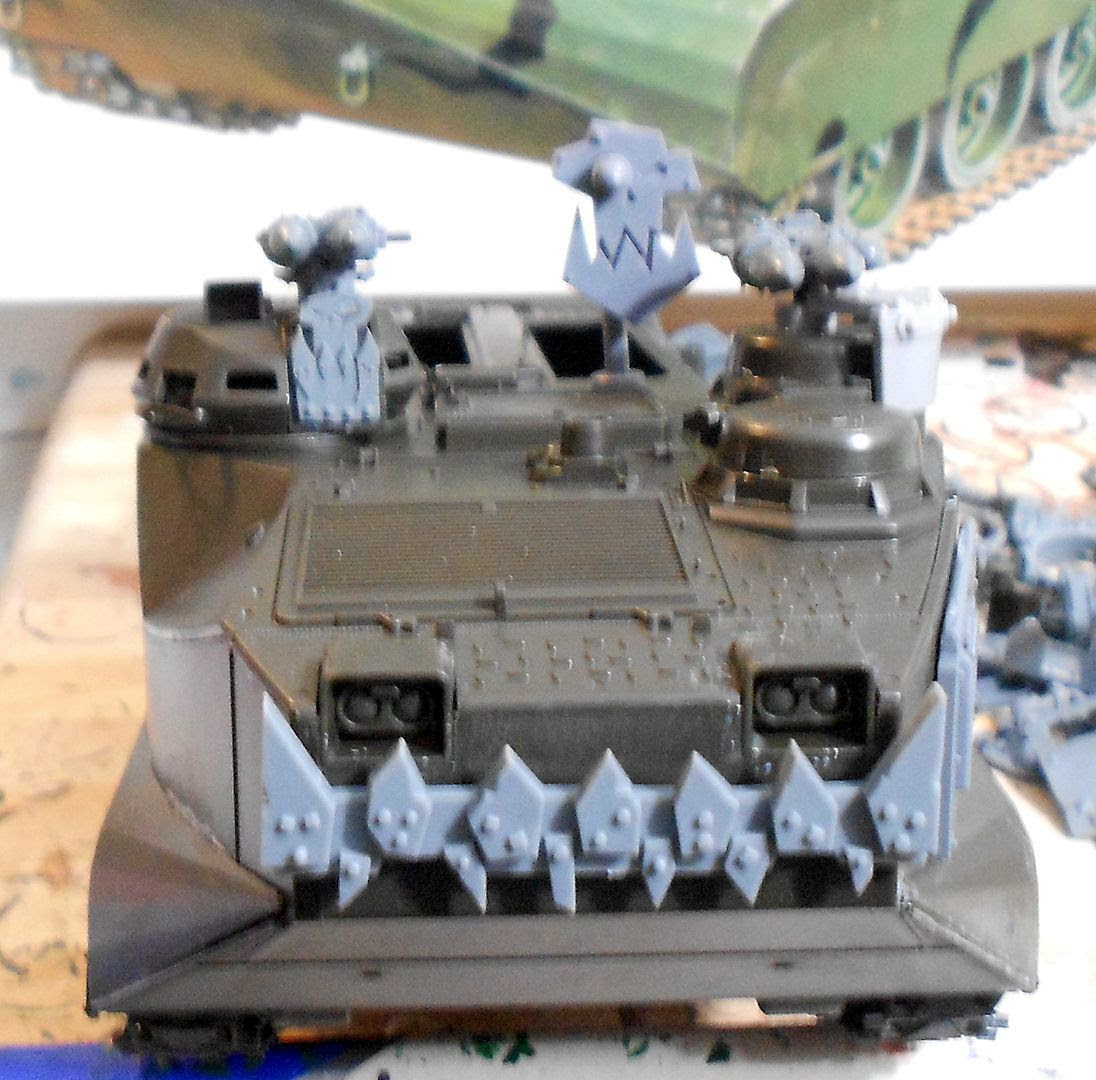 I plan to add some more gubbins and whatnot, but I like how it's shaping up so far.

Posted by sonsoftaurus at 9:04 AM