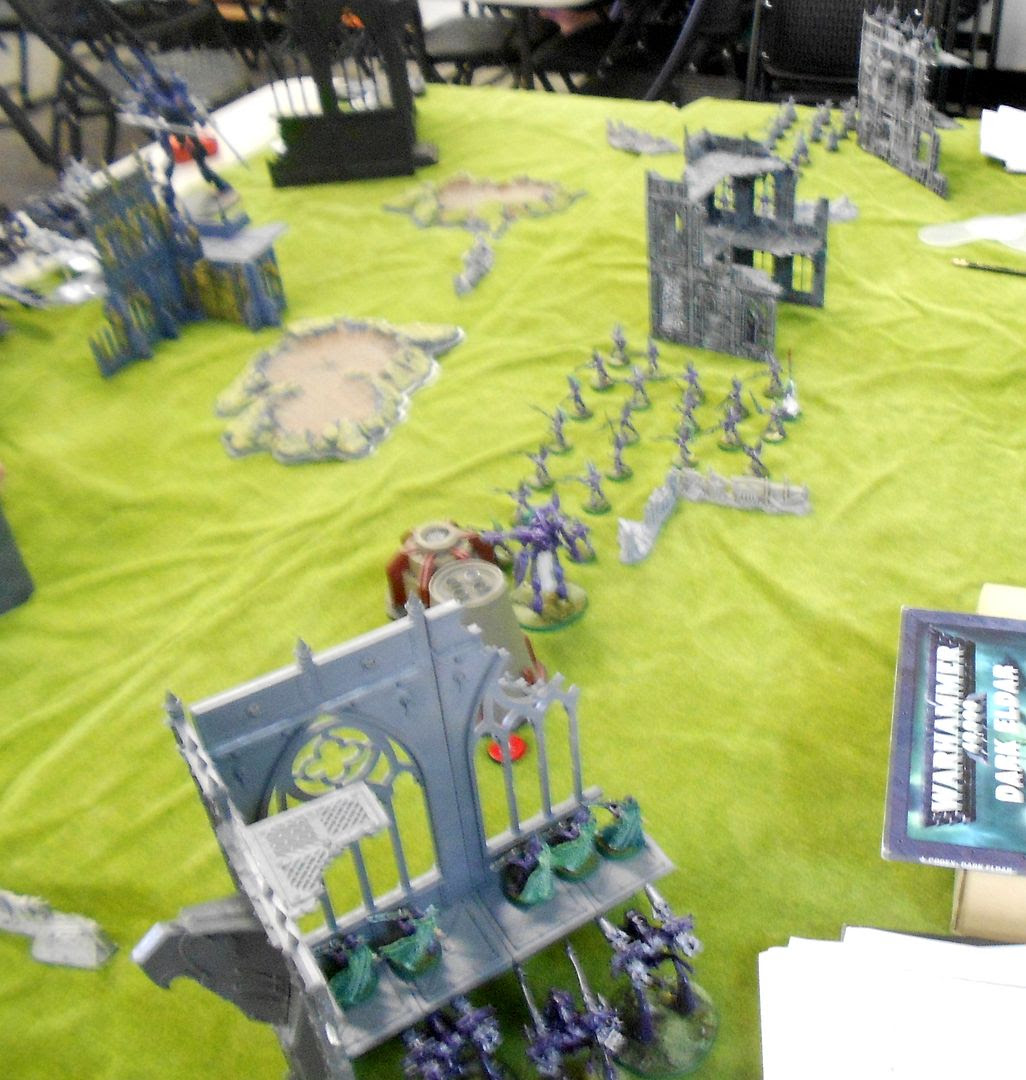 With no easier targets available, I arranged a campaign fight with the boogeyman - Josh's Wave Serpent/Wraithknight Eldar.

With the cover-ignoring Wave Serpents I wasn't expecting to last long, but wanted to get a few licks in before I went down, hopefully poisoning/bladestorming the Wraithknights to death quickly.  I set my larger squads up in the open ready to advance and shoot quickly before being erased themselves. 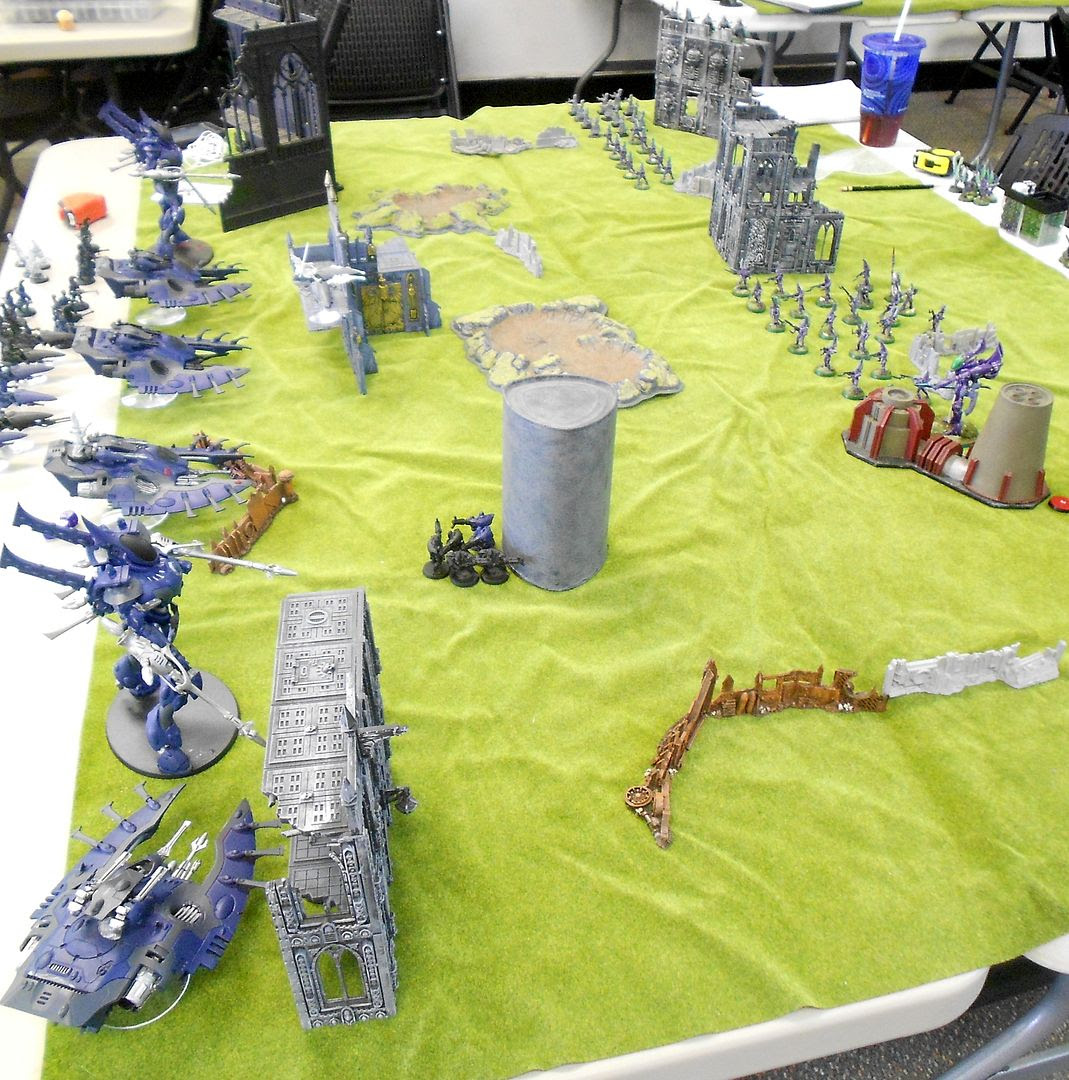 Three serpents with Dire Avengers, one with Fire Dragons, two Wraithknights, two Warp Spider units, two jetbike units in reserve, farseer on bike, autarch on bike.  There are objectives, but really we're both looking to just maul the other thoroughly enough to win the objectives by default. 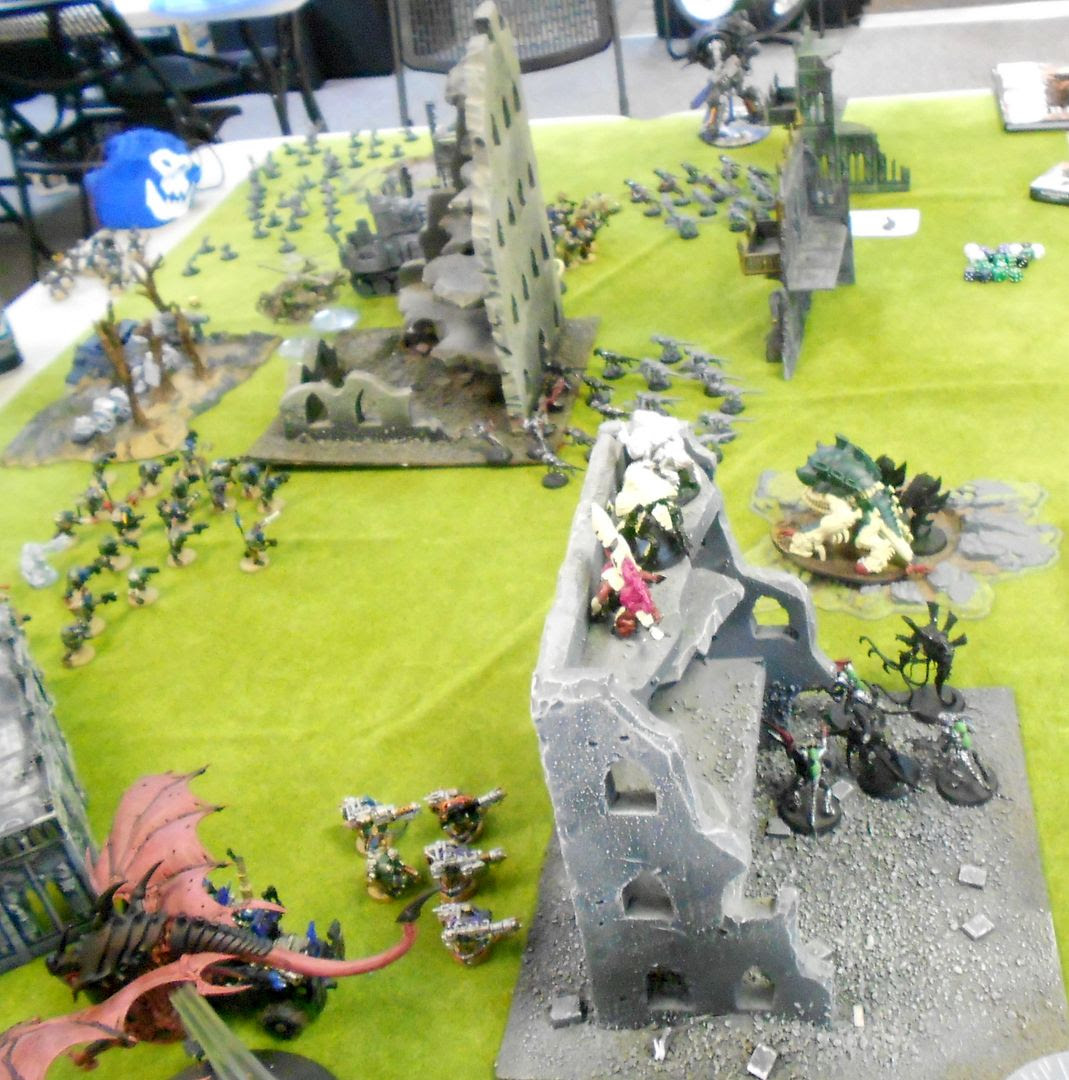 Another of the games going on - Leonard's orks trying to push back Chris' Tyranids and their genestealer-cultist piloted Knight. 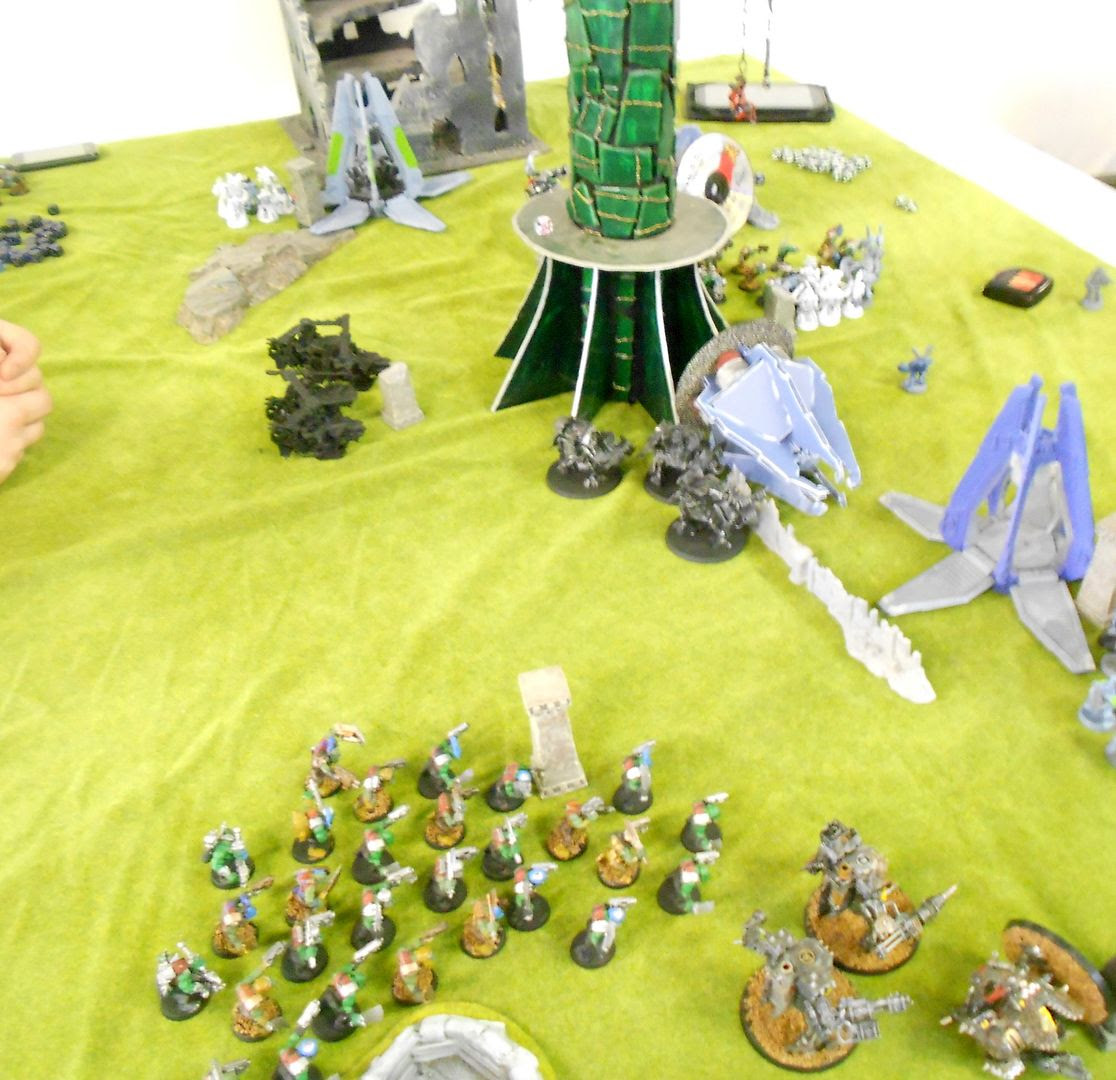 Back to the main event!  Scattering D-cannons and warwalker fire takes out one serpent.  A few wounds done to the knights and a warp spider taken out as well. 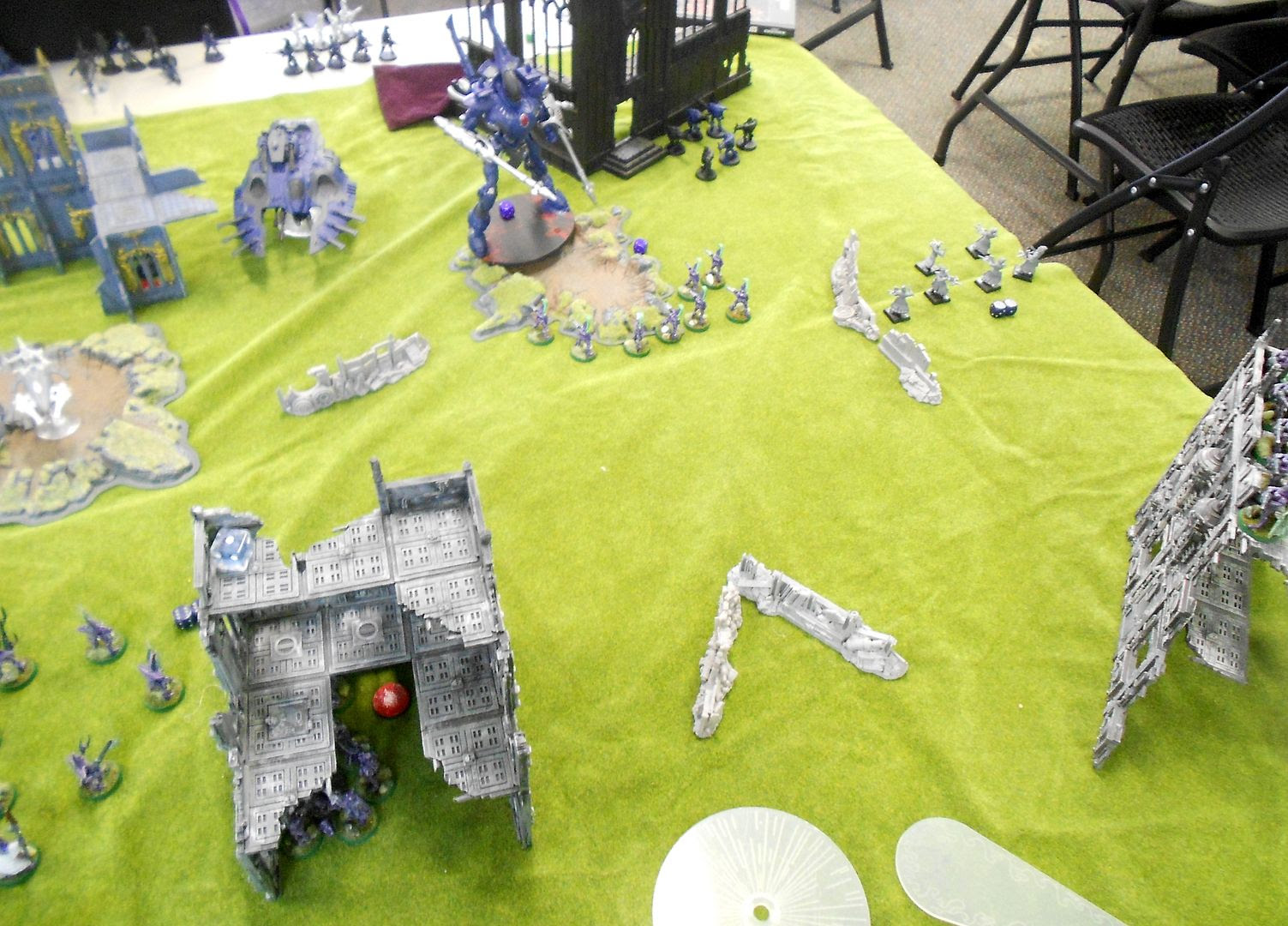 Guardians (Dark Elf crossbowmen) get shredded by warp spiders and soon fall back...and keep falling back over the next few turns off the table.  Dark Eldar Warriors get shot up, then charged by the jetbike characters. Warwalkers fail to dance back behind the wall and pay the price. 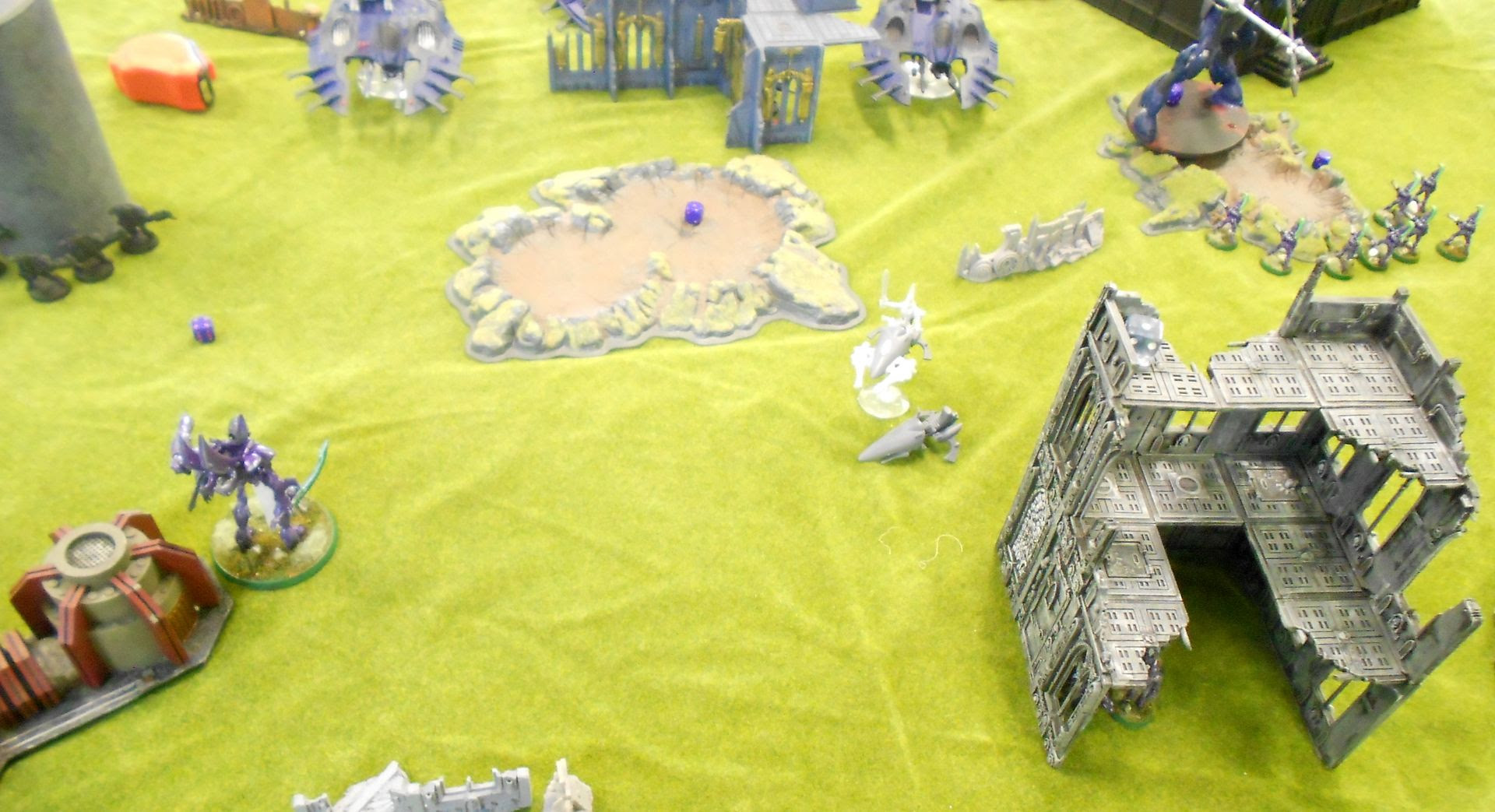 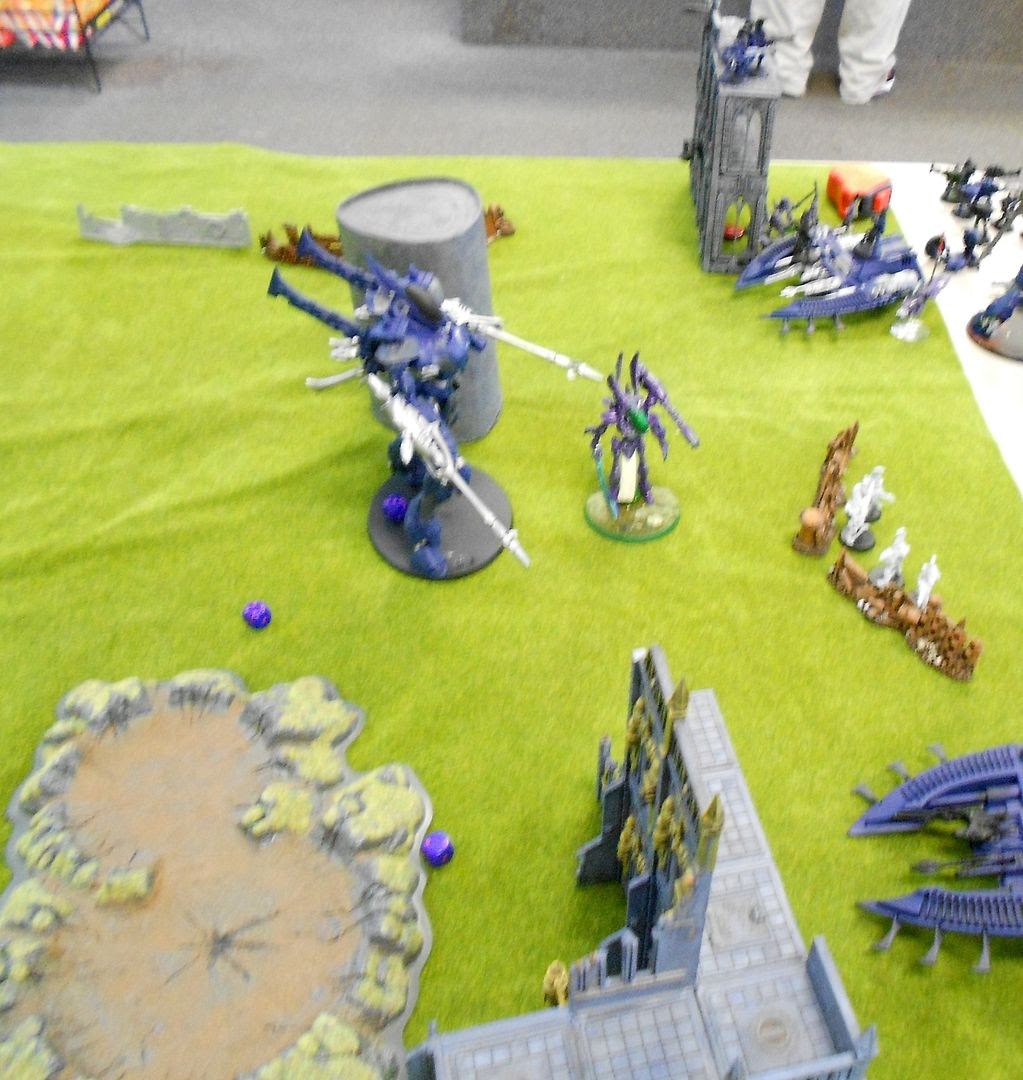 Second wraithknight killed by d-cannons, two more waveserpents down.  Here's where my wraithlord bites it, unable to survive a second round of meltagun and heavy wraithcannon fire. 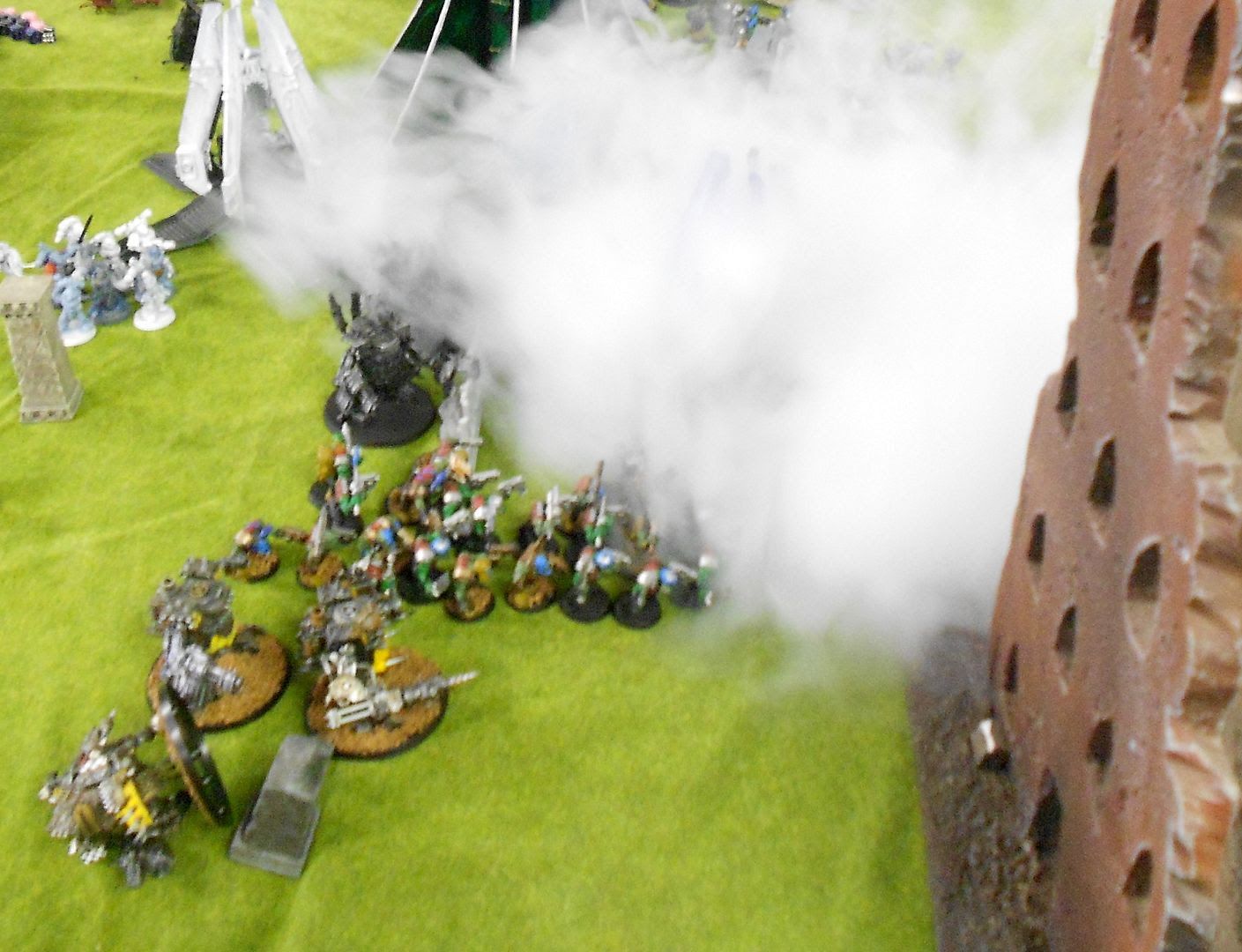 Orks push through the literal fog of war...

In the end, the Eldar crushed the Eldar, netting Josh another win.  Good game, and ended up closer than I thought possible, with one knight and three out of four serpents down.  I'll take the moral victory.
Posted by sonsoftaurus at 10:24 PM