Who the feth moved my cheese? 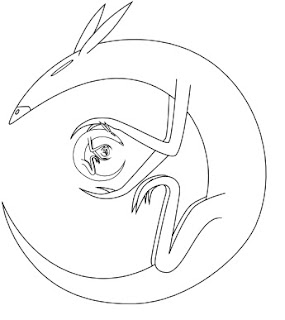 As man took to the stars in the distant past, he took many creatures from Earth with him, some intentionally, some less so.  As in the age of sail, wherever Man went, Rat went as well. 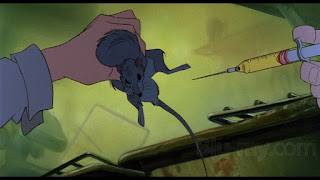 Over tens of thousands of years some changed.  Exactly what the catalyst was is unknown - perhaps the influence of the warp, perhaps the continued effect of experimentation with the sciences of the Dark Age of Technology, perhaps an intentional uplifting to create disposable workers or soldiers, perhaps a combination of them all, mixing and breeding.  But regardless of the cause in the 41st Millenium another race contests the stars, often from within and underneath the works of the Imperium.

While some consider them a form of the aberrant beastmen, offshoots of humanity itself, or some strand of alien, this is not the case.  Known by various names - Ratmen, the Nimh, and many others this plague lurks ready to strike when conditions are right.

Coming (kind of) soon to the Sons of Taurus - the rise of the Cheesestealer Cult!
I have had some of Mantic's Veer-myn figures sitting around for quite a while, intending to make an army for them at some point.  Add to some kind of Lost and the Damned army?  Use them for an Orks counts-as?  Nothing felt quite right and I didn't want to duplicate another army (more so than I do already), so they kept staying dormant.  Lately I was looking at Genestealer Cult, liking the different playstyle, but not being a general fan of Genestealers/Tyranids, and things started to click into place.  Lurking in human cities, sneaking away and popping back up somewhere else...works for me as rats...heck, the Veer-myn even have big drills.

I still have some things to do before I get to them, like painting up a Roboute Guiliman for my son, and I probably won't get too far along with them until 8th edition drops, but this will be the next army project.  Stay tuned!

"Fate is not an eagle, it creeps like a rat." - Elizabeth Bowen

Posted by sonsoftaurus at 9:55 PM