And They Shall Know No Rules - aftermath 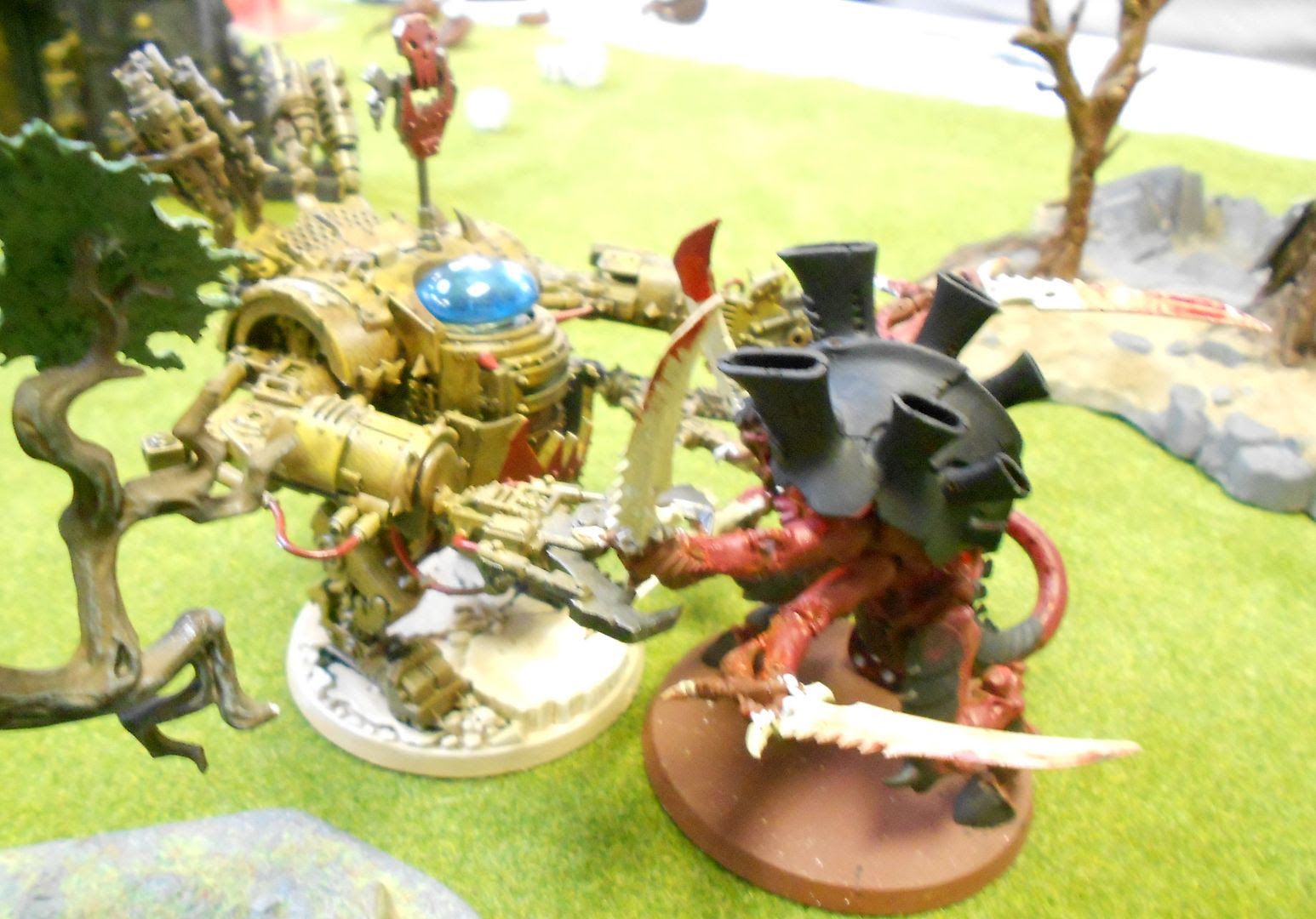 A smaller turnout than hoped for, but we still ended up with four new or returning players in the end.  First off we had an old grudge match, Dark Angels vs. Space Wolves (Ben and Scott, respectively), and I broke out the Orks to battle Josh M's Tyranids. Swarmlord is a beast!  He would have been even nastier if Josh's dice had given him more respect. 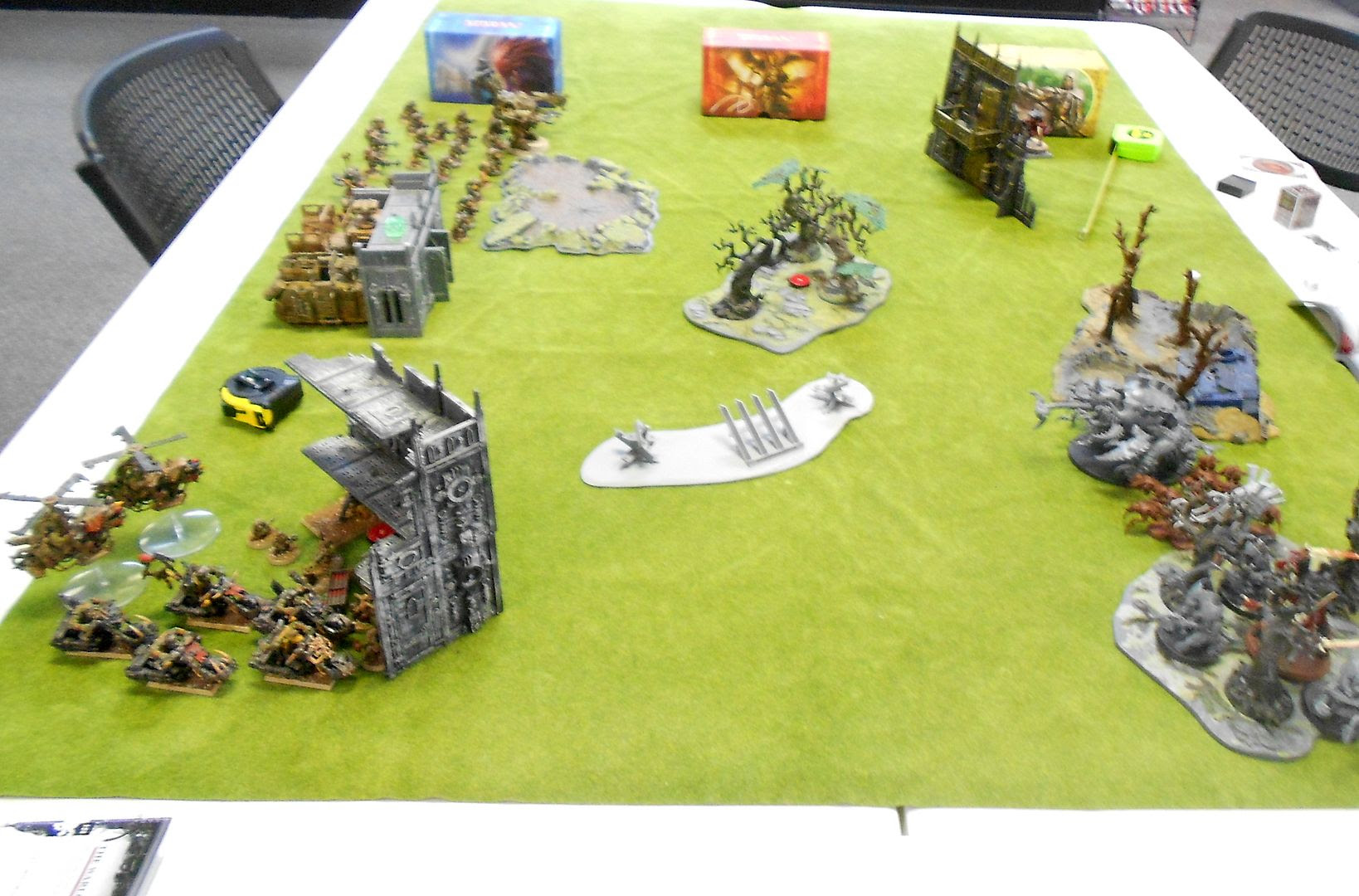 Orks and Nids square off.  Josh is off to a fast start - he's already magnetizing his models, and he was escorting Swarmlord with hive guard all protected by a venomthrope.  Seeing the combos and using units to help each other can be key. 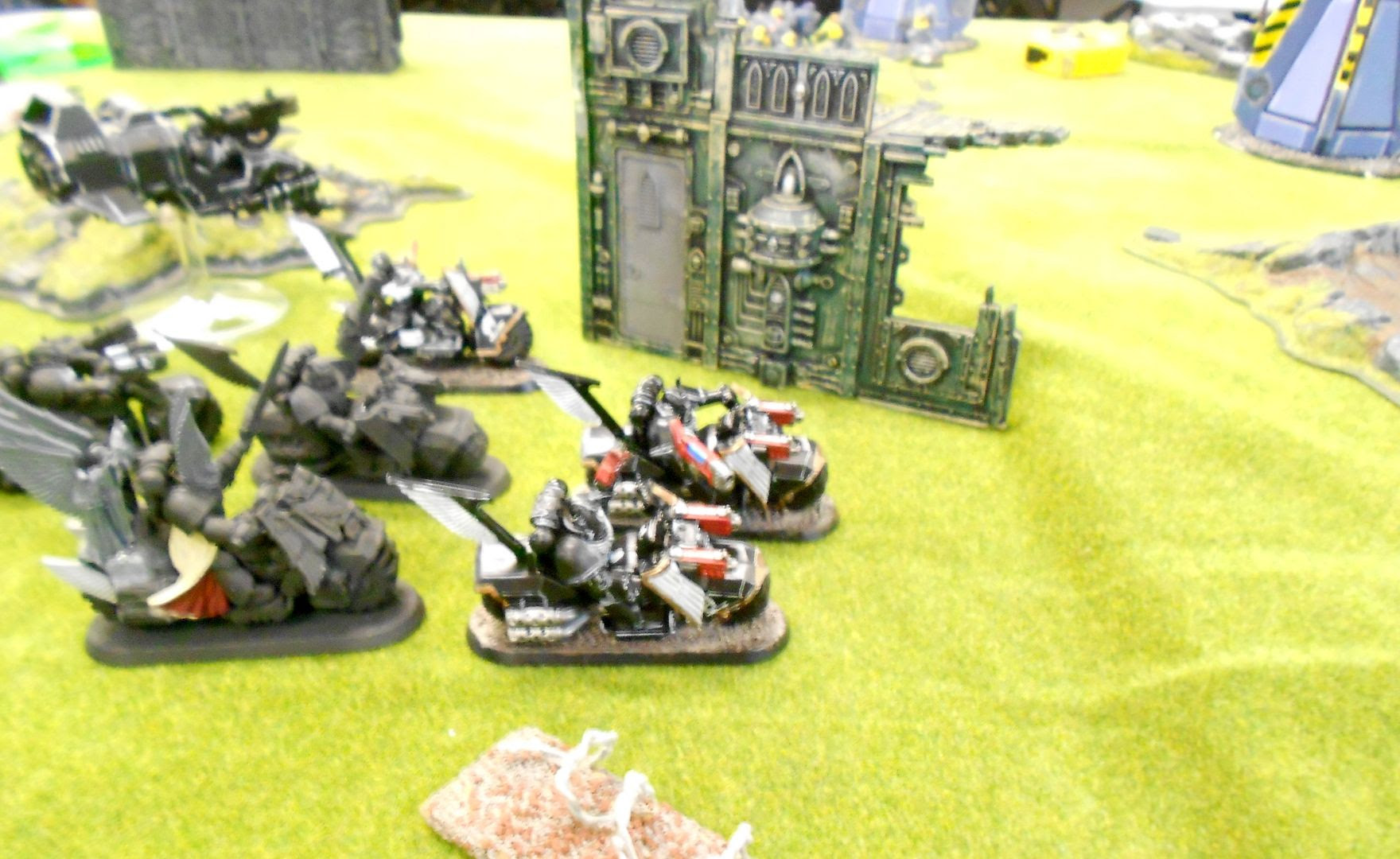 Ben's Ravenwing skirts around while Scott's wolves pod down to the planet. 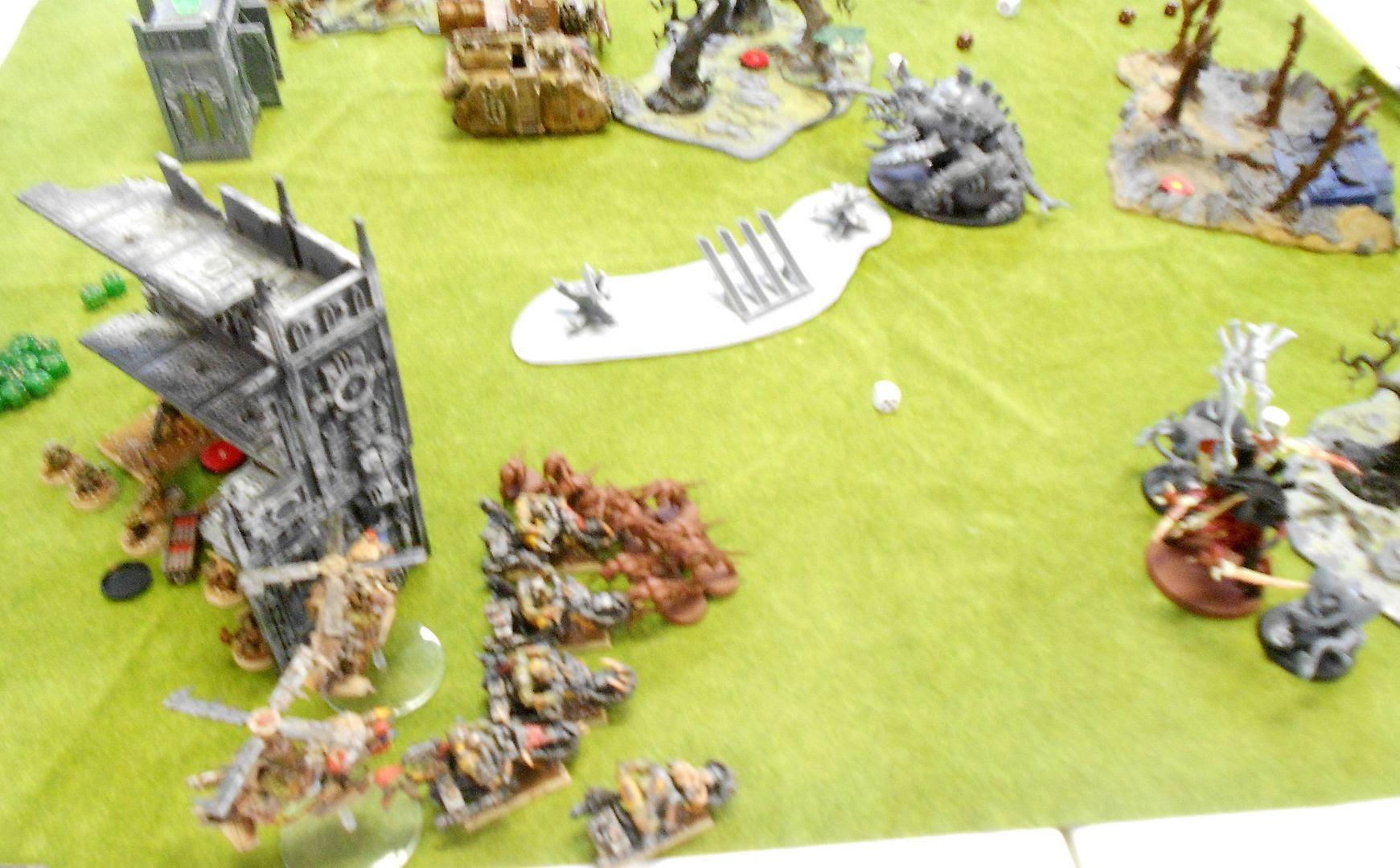 My camera seems to keep getting worse and worse.  I had to ditch at least half my pictures. Blurry with a fringe on top.  (Orklahoma, where da horde comes sweepin cross da plain) 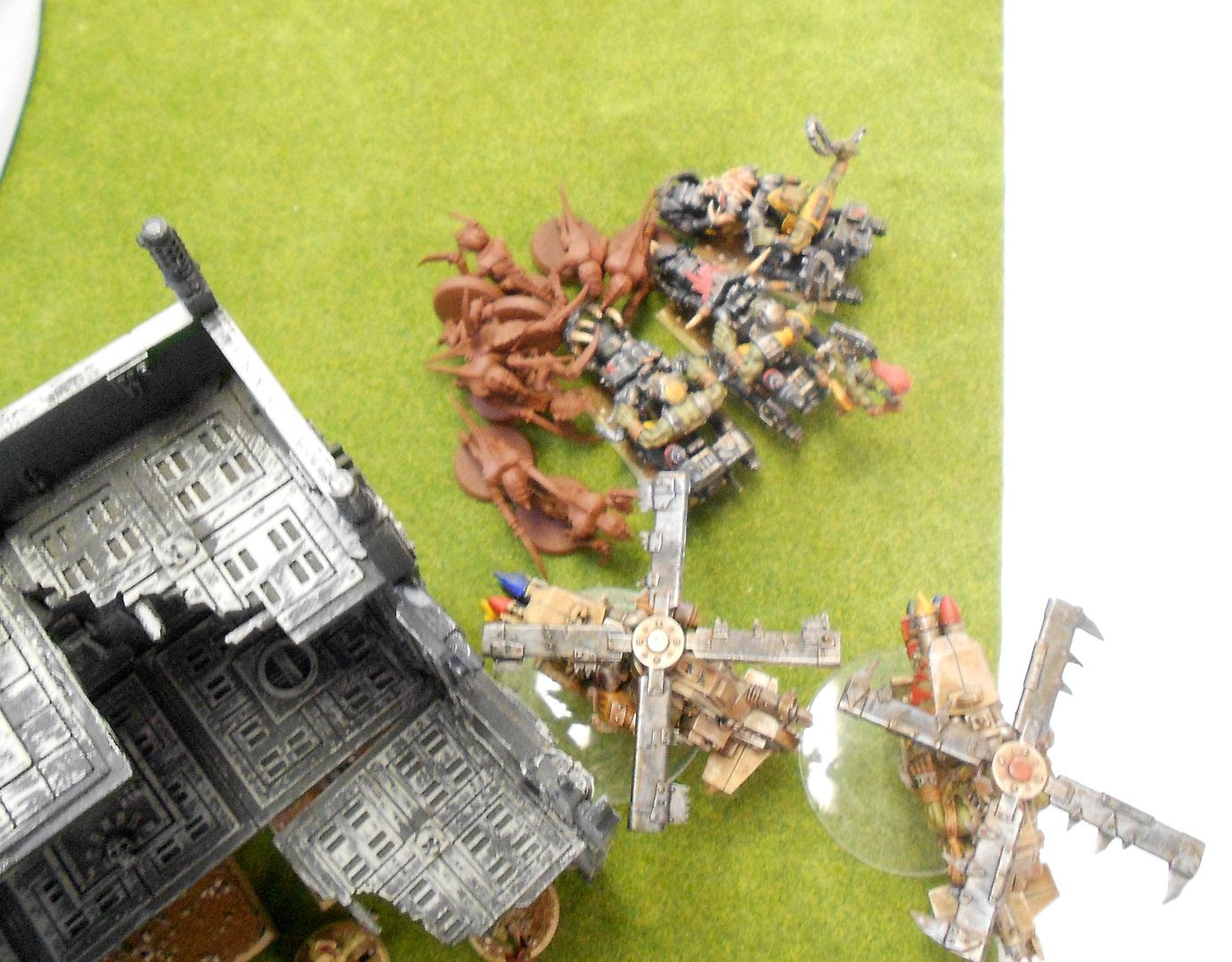 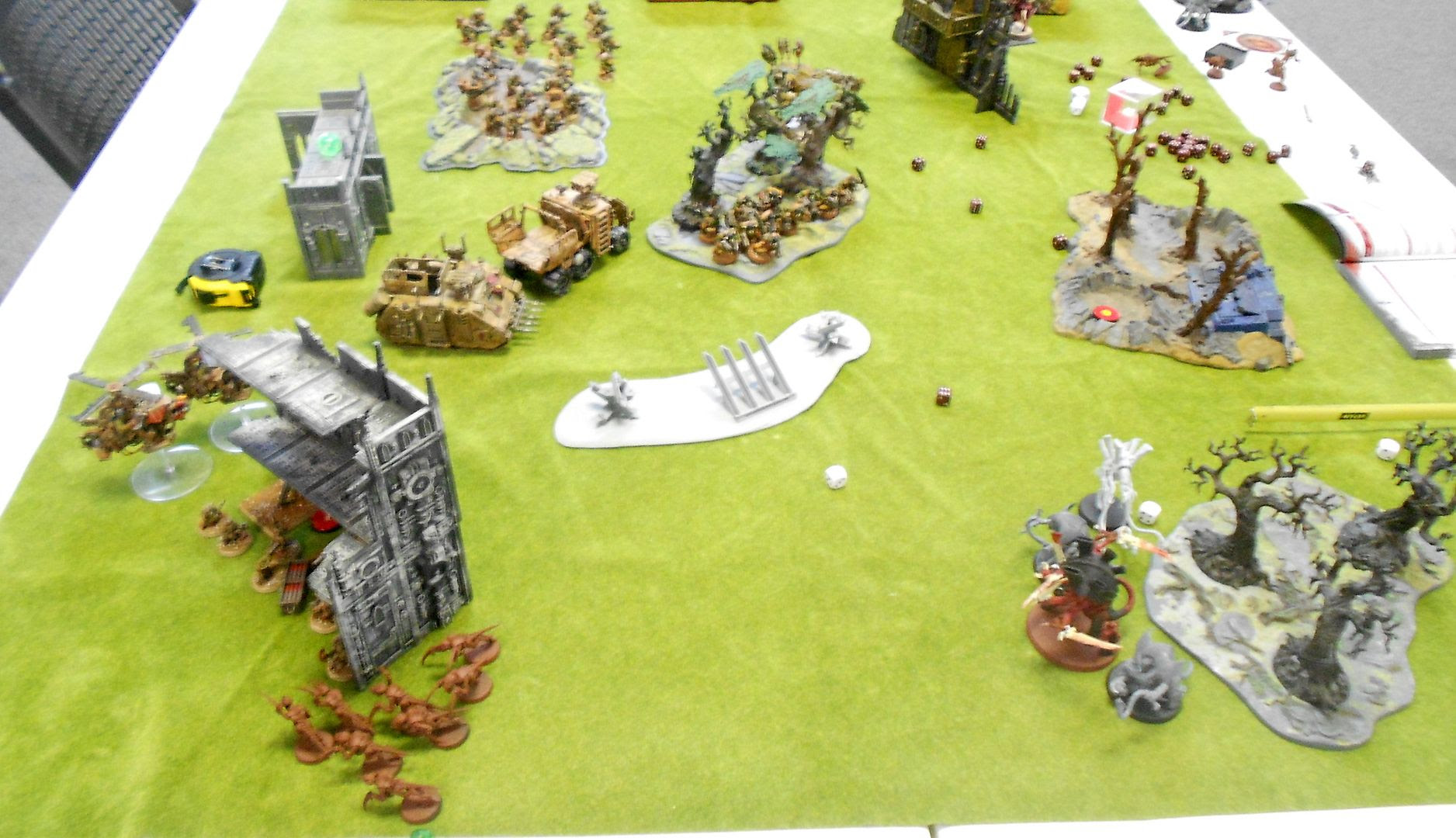 Orks in the middle take out the Hauruspex (?) and slink back into the woods.  Hormagaunts peek around the corner at bite-sized gretchin. 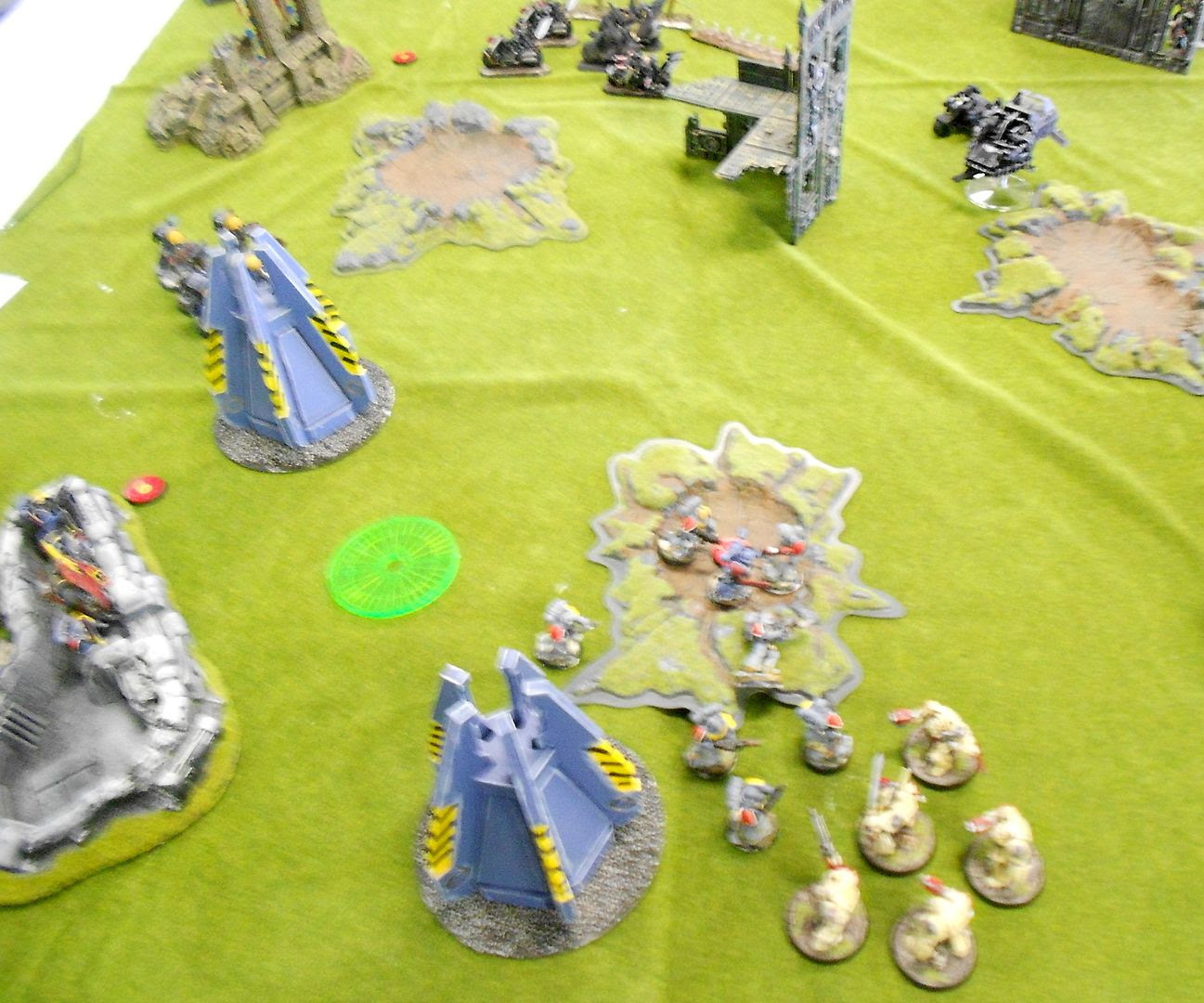 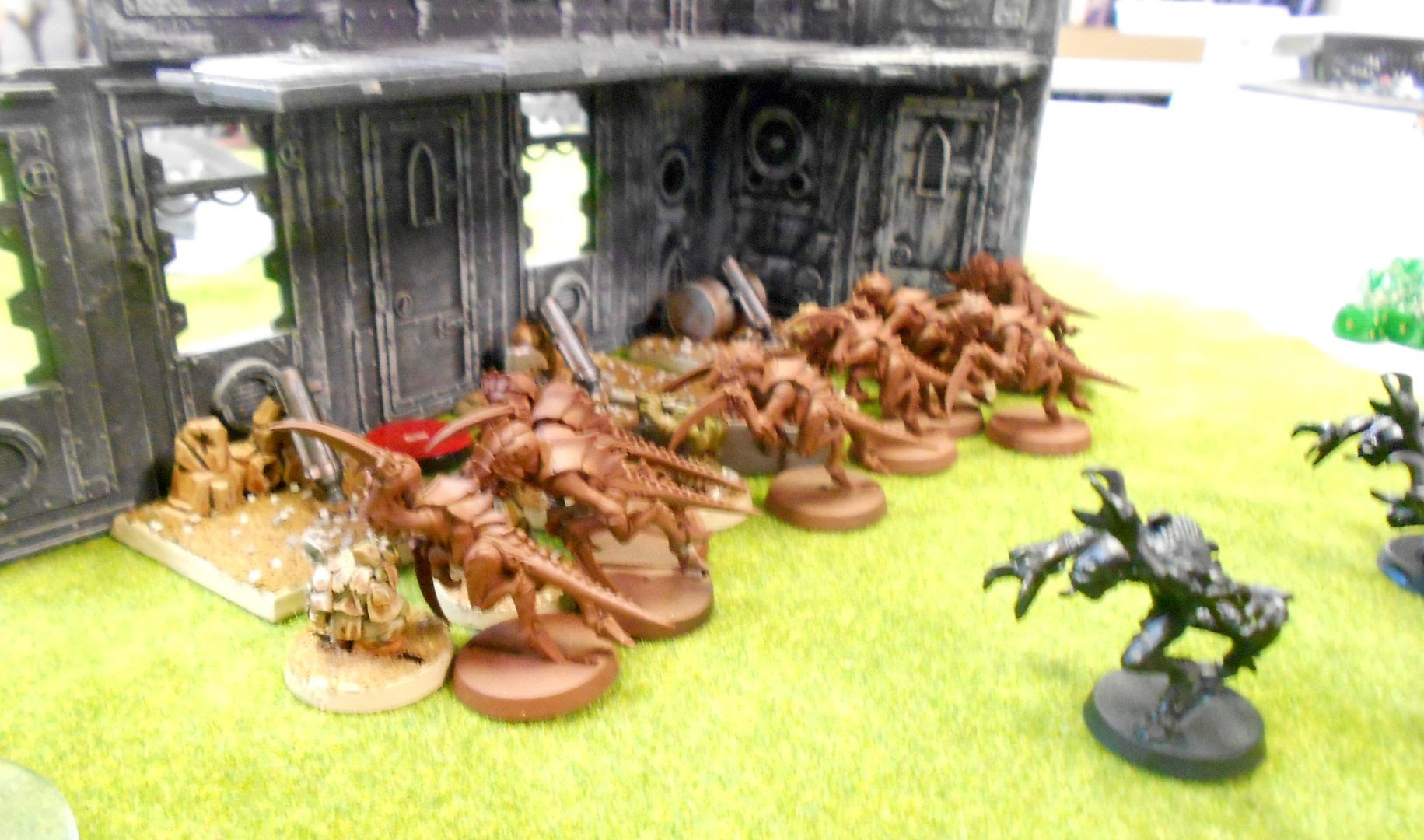 Genestealers arrive too, but are soon torched by meganob skorchas. 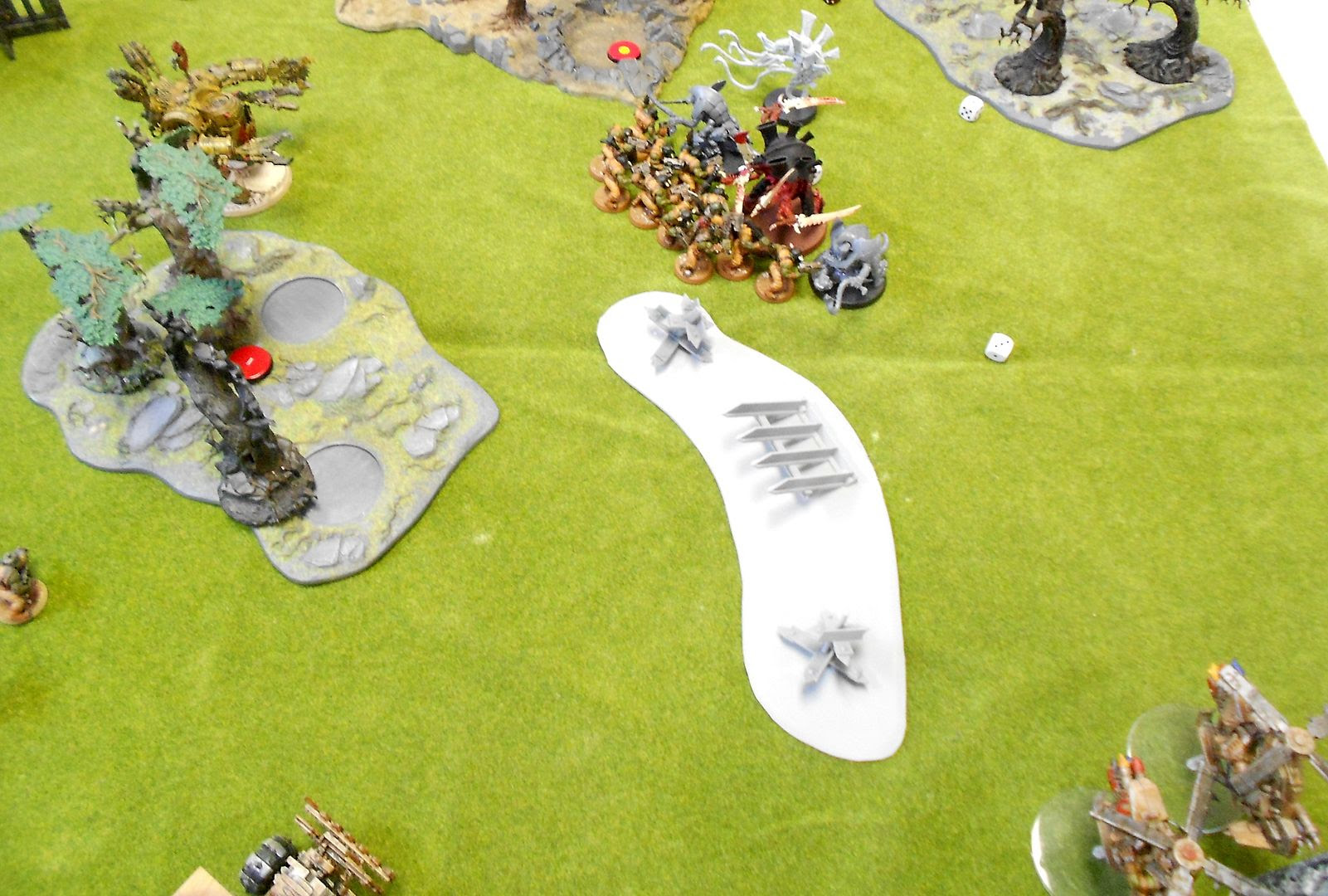 Boys try to take on another monstrous creature.  Doesn't work out as well this time. 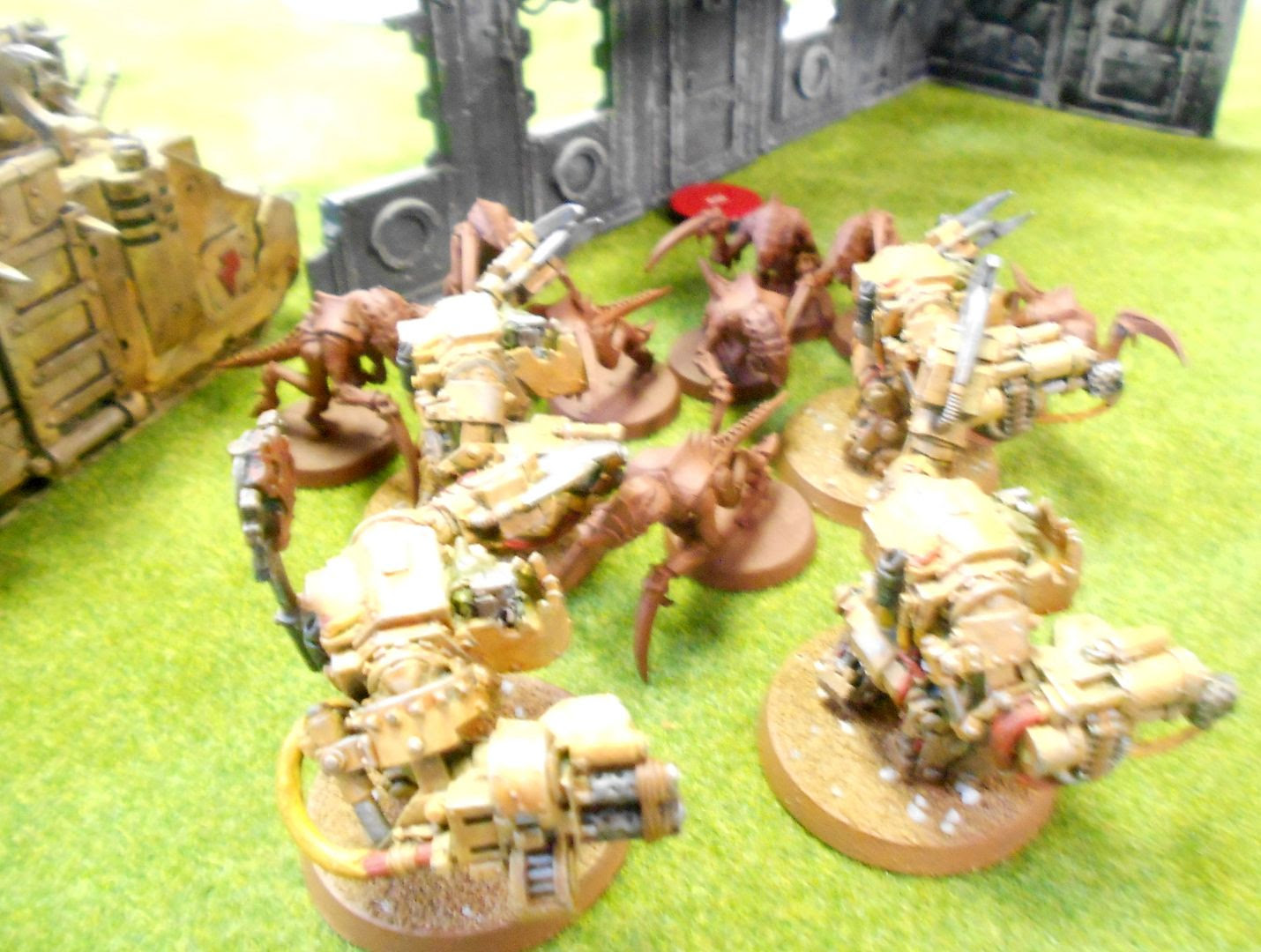 Hey, you guys can beat up gretchin?  That's nice.

Horrible luck with smash attacks.  Completely missed a couple of rounds, then got a glance.  With S10. Better luck cutting down meganobs.  (Did I mention that Swarmlord is a beast?) 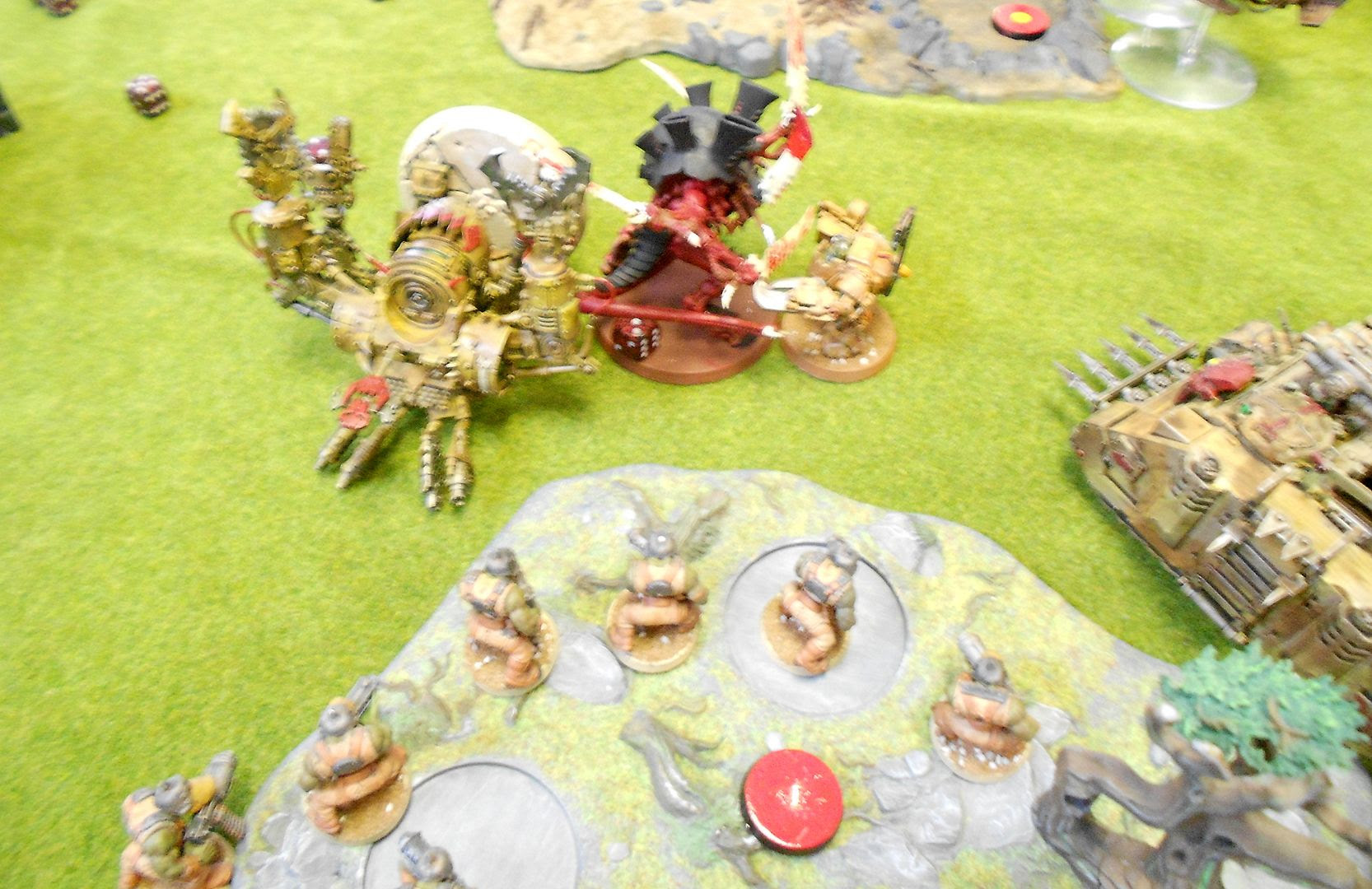 Opting for the flurry of S6 attacks proves to be the way to finish the Deff Dread. 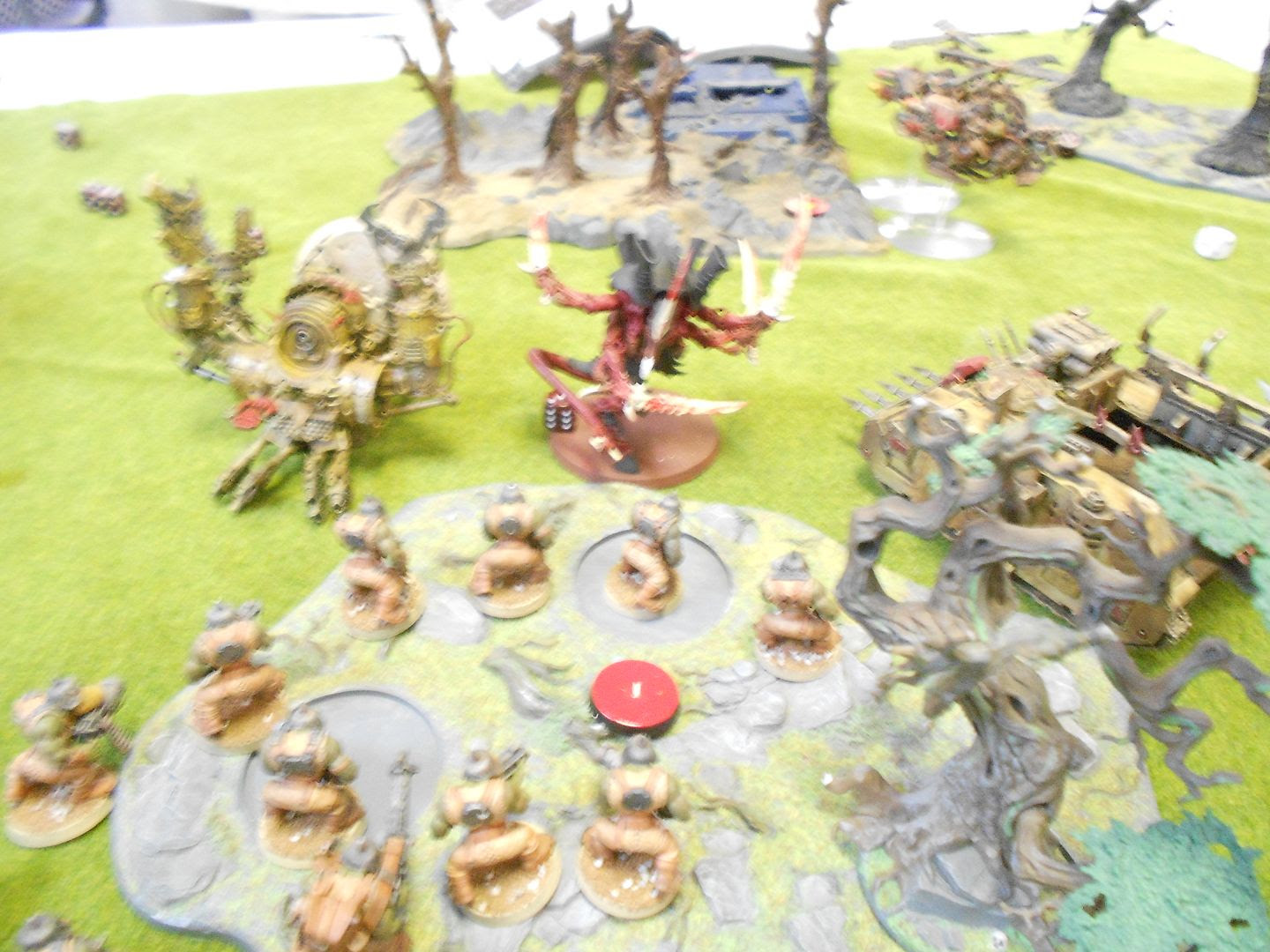 Umm...that thing just took out the dread, the warboss and his bodyguards...and now it's looking at us... 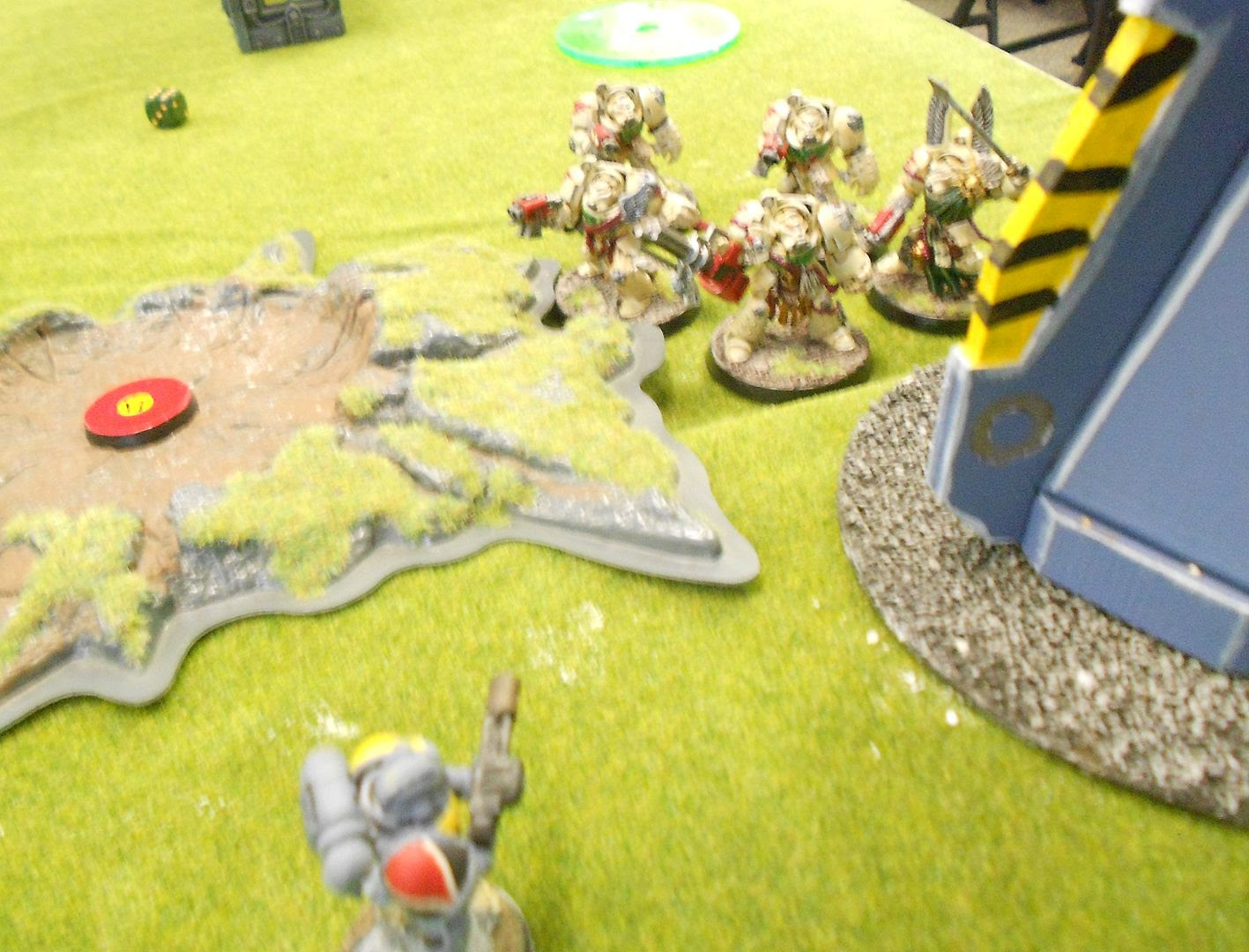 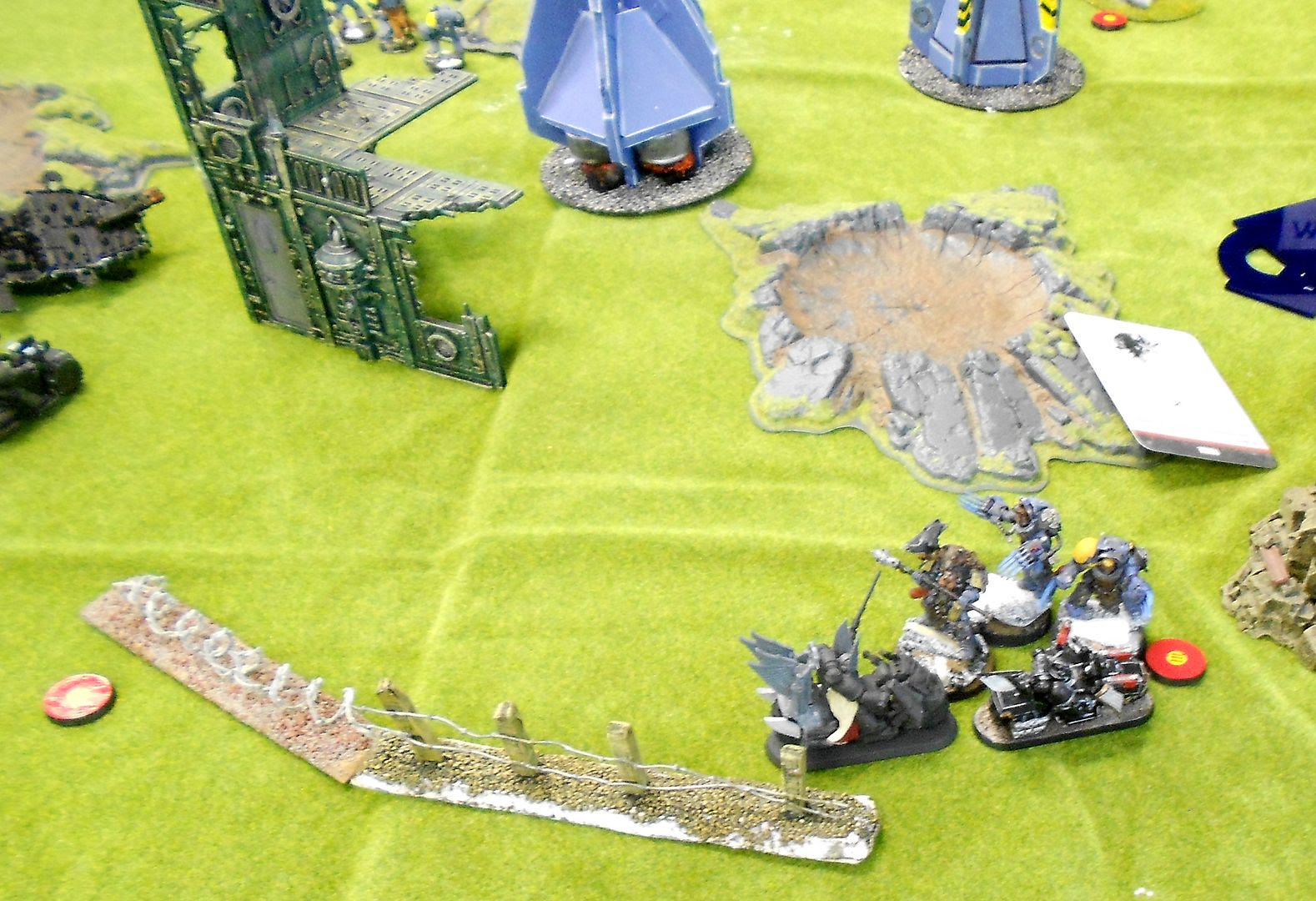 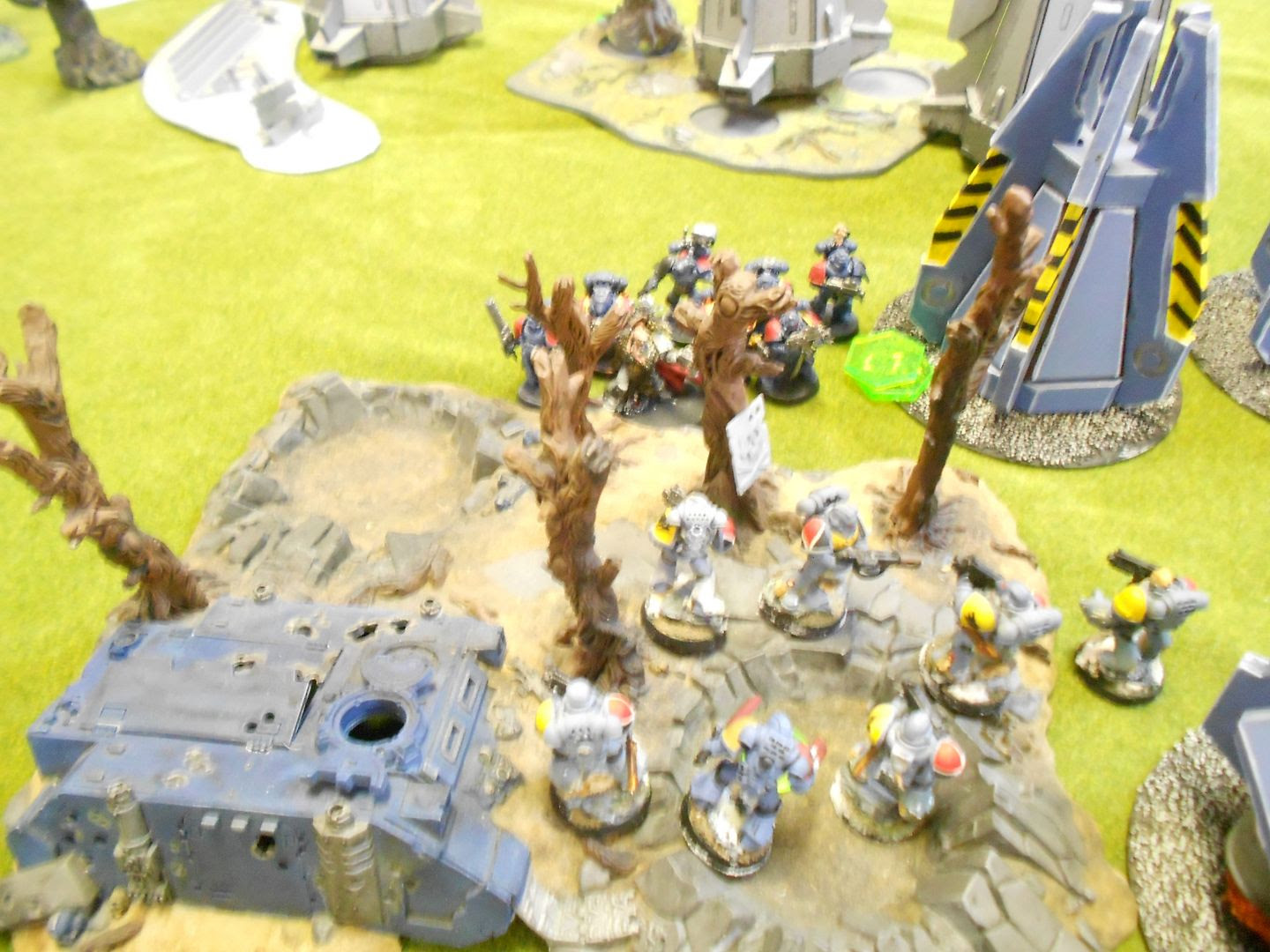 Matt and his Space Wolves arrived later.  After the initial games wrapped up, we got in some blue vs. blue action with two drop-pod Space Wolf armies against each other. 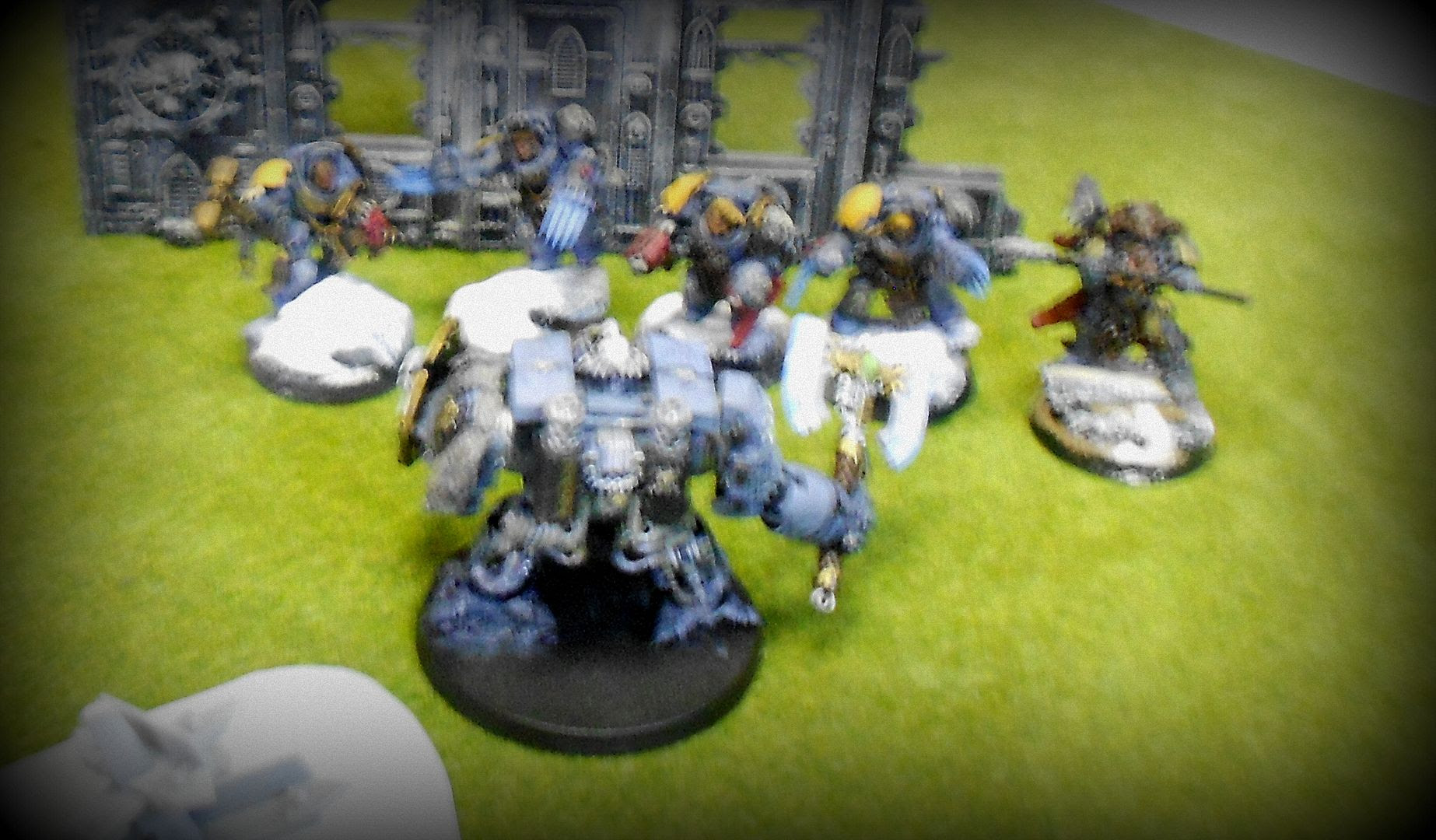 Come, try your luck against my adamant skin...your wolf claws are useless against...hey, is that a chainfist?

Folks seemed to have a good time, and got some more practice in.  May try to get another session in sometime, but also have a league to get rolling...
Posted by sonsoftaurus at 7:00 PM

Labels: 40K, and they shall know no rules, community