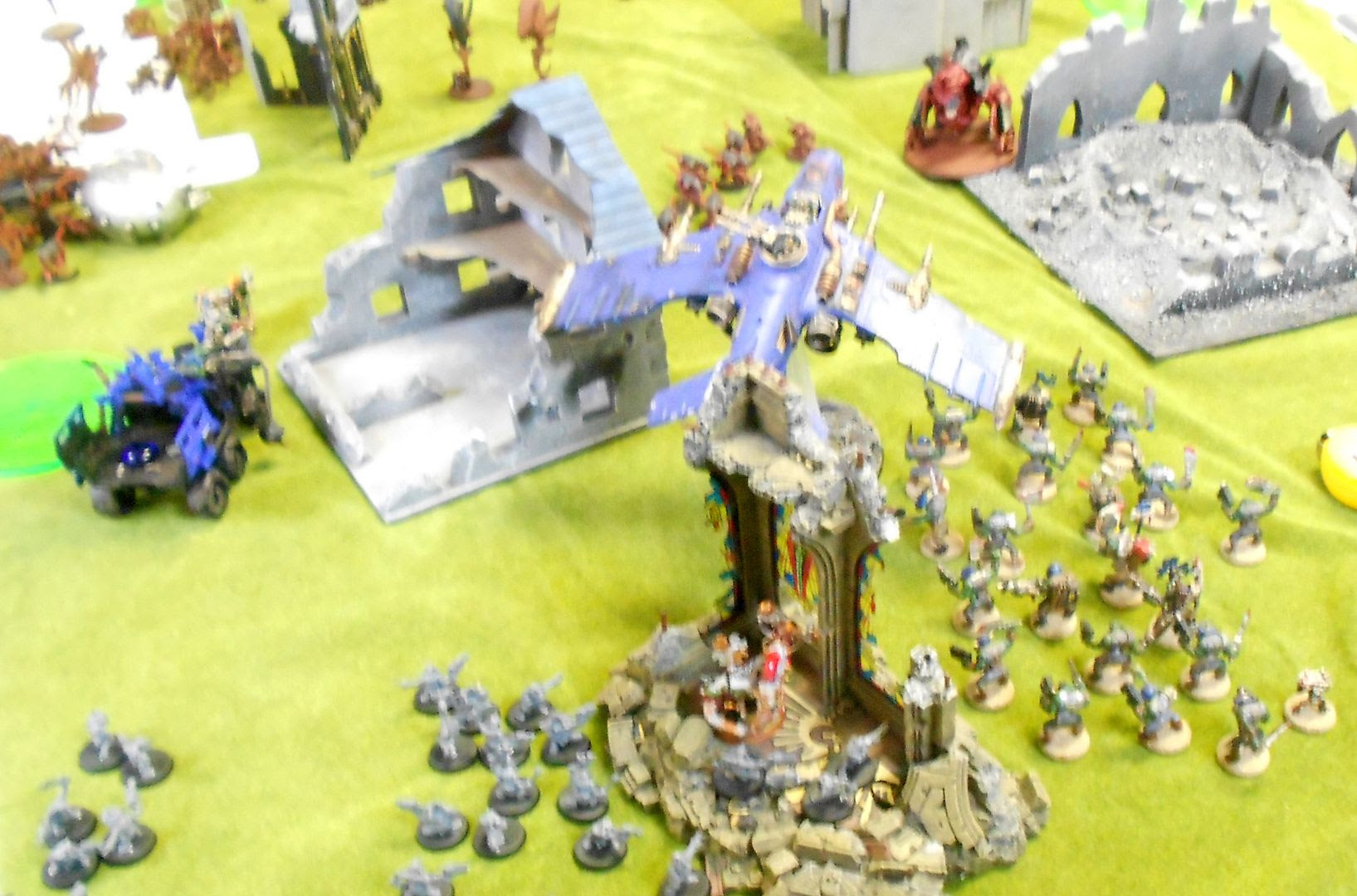 We got our newest league started today, got a few games in and met some more prospective players.  All in all a productive gaming day!  Above Leonard's orks battle Joshua's Tyranids. 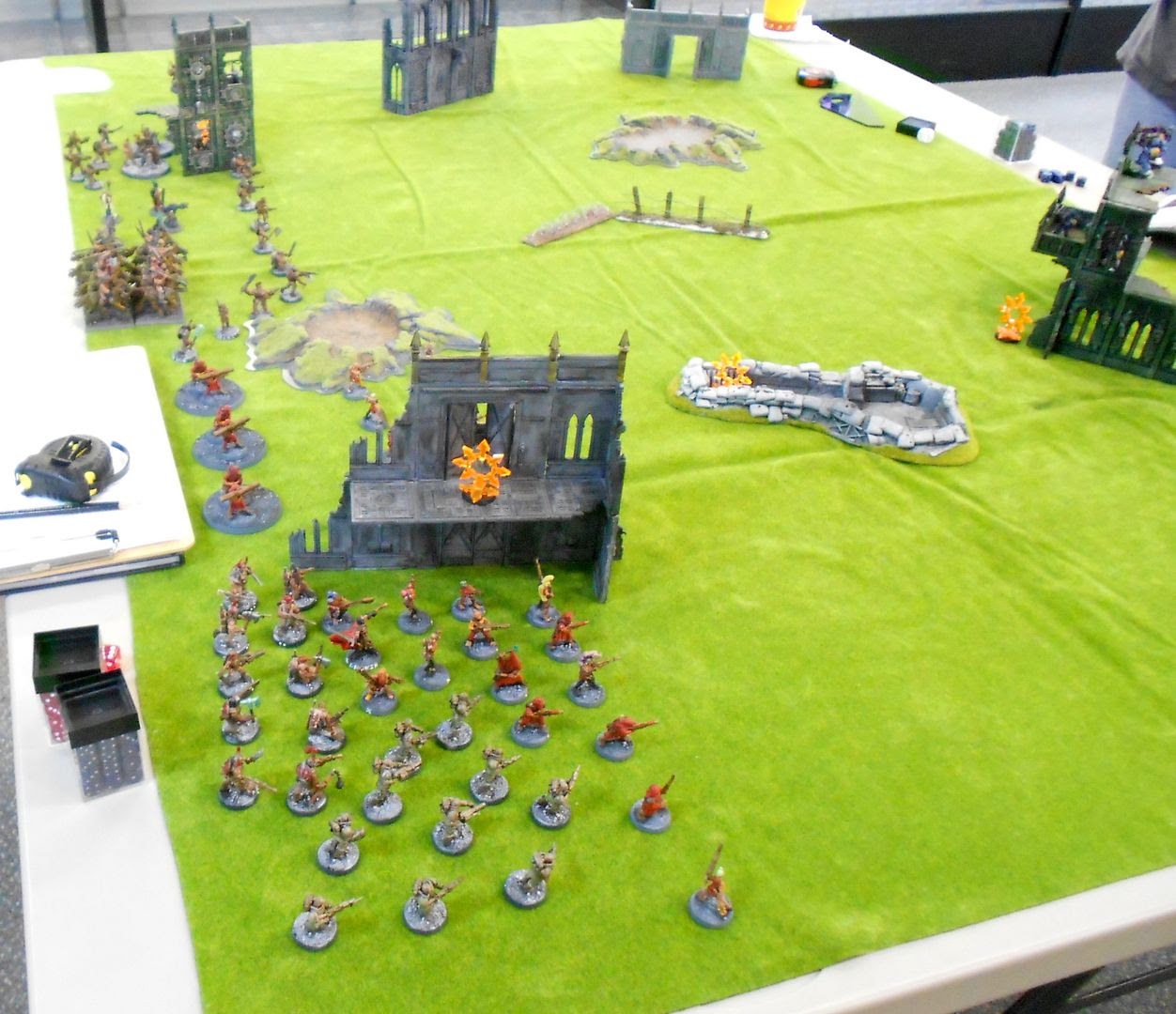 Scott and I set up to play our first game of the league, his Space Wolves against the Scythiak Usurpation.  1000pts a side.  The Scythiak set up ready to move forward in the teeth of enemy fire. 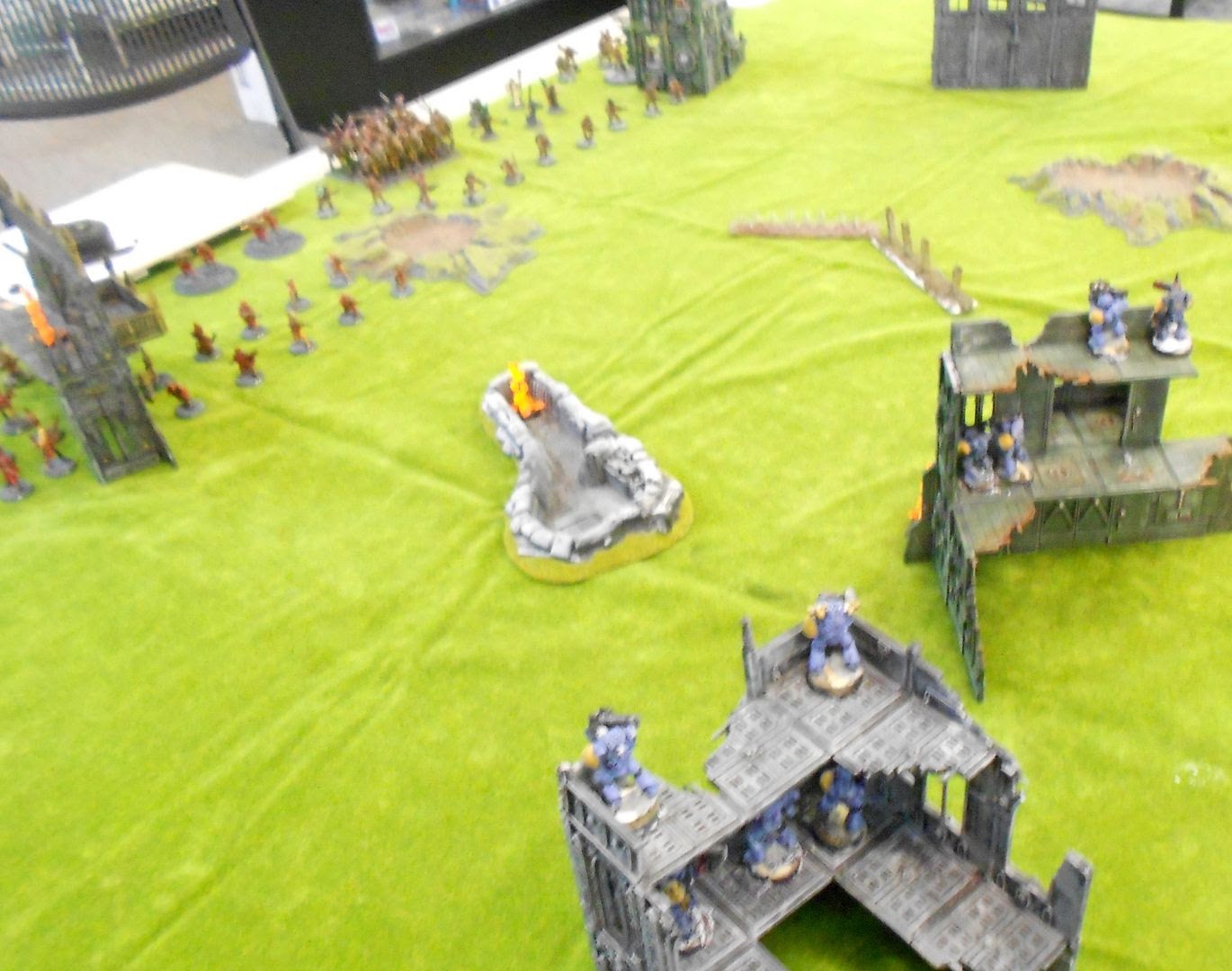 Speaking of which,  the long fangs set up across the field.  This worked out nicely as we rolled up Big Guns Never Tire.  So our quick narrative was the heretical hordes closing in on the isolated long fangs while reinforcements rushed to help their wolf-brothers. 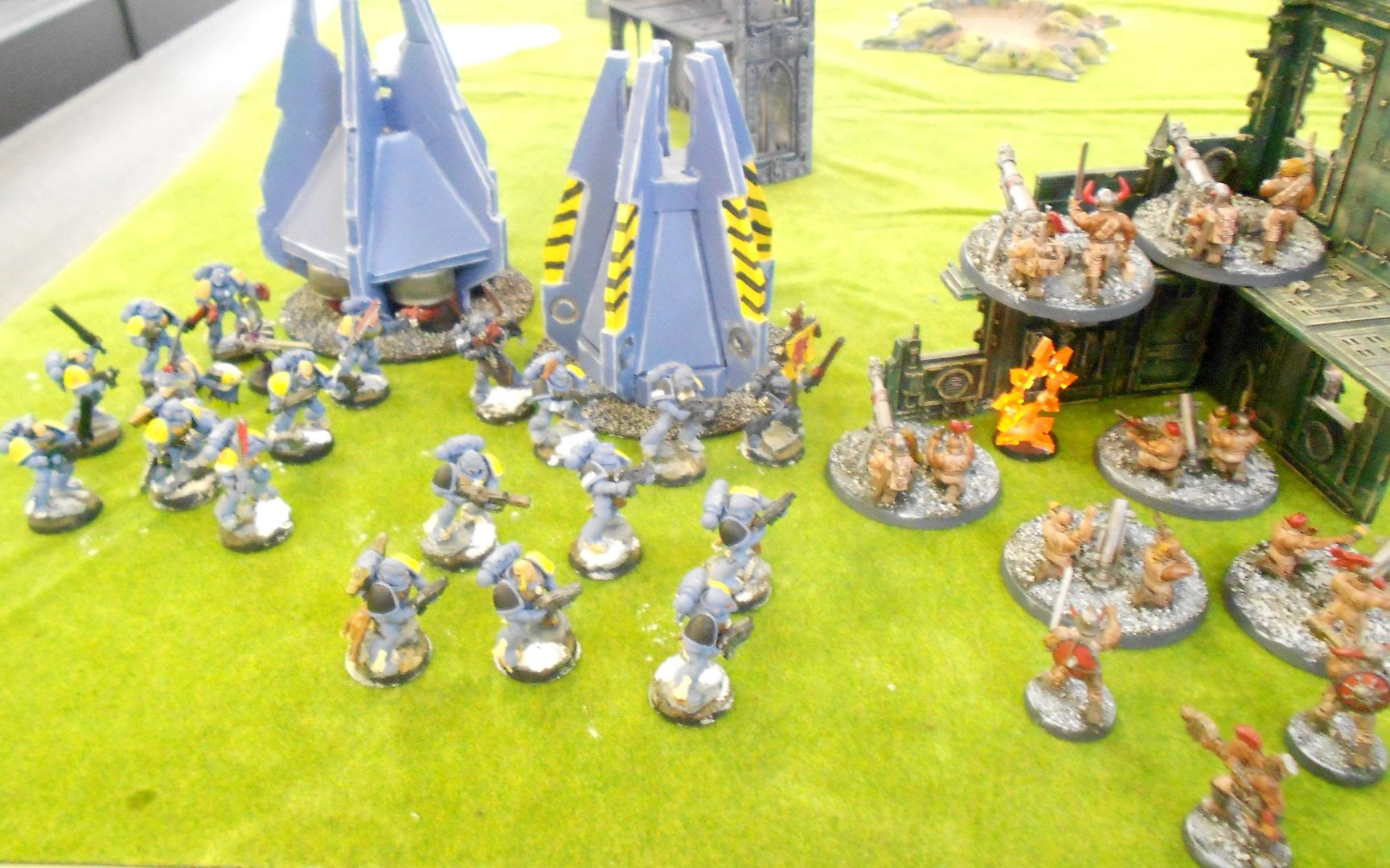 Unfortunately the Space Wolves steal the initiative and pods start slamming down. 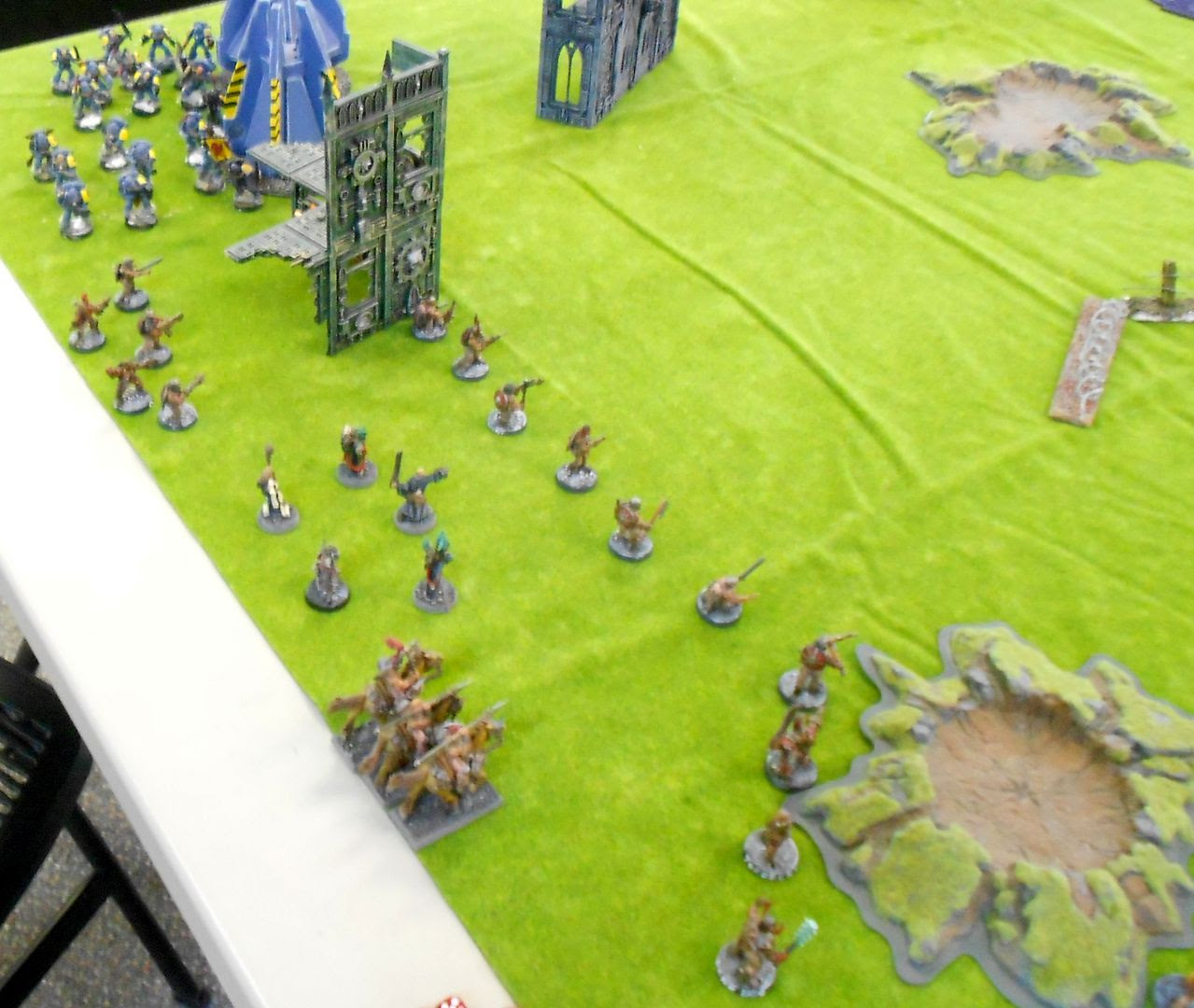 Between the pod squads and long fang fire three of my units disappear - lascannon squad is wiped out, while the mortar squad and veterans run off the table and the rough riders are mauled but hold.

The Scythiak move to respond to the marines. 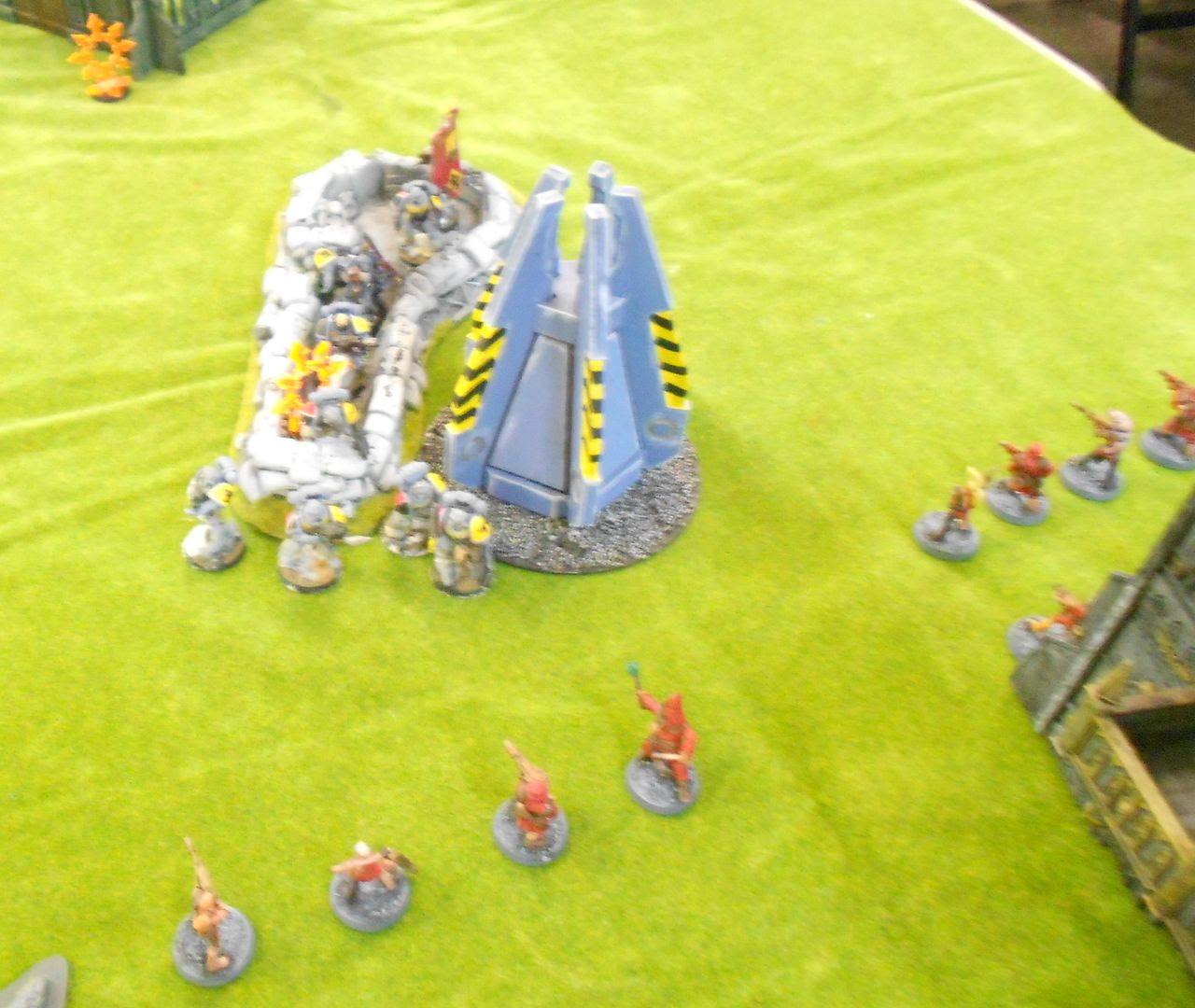 Another pod comes down against the cultists, and more Grey Hunters spill out, bolters barking. 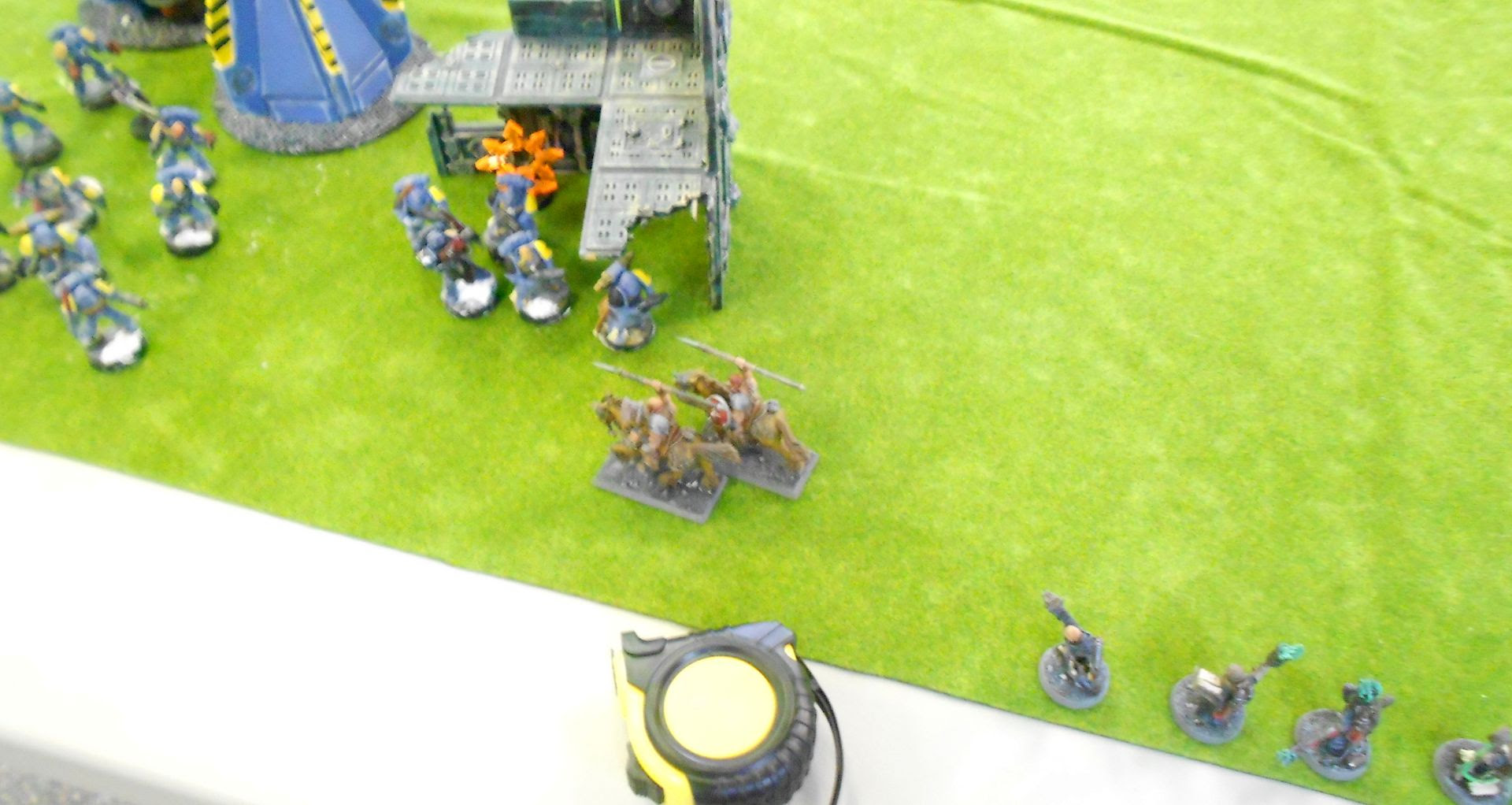 Grey Hunters run off an infantry squad, but somehow the rough riders survive. 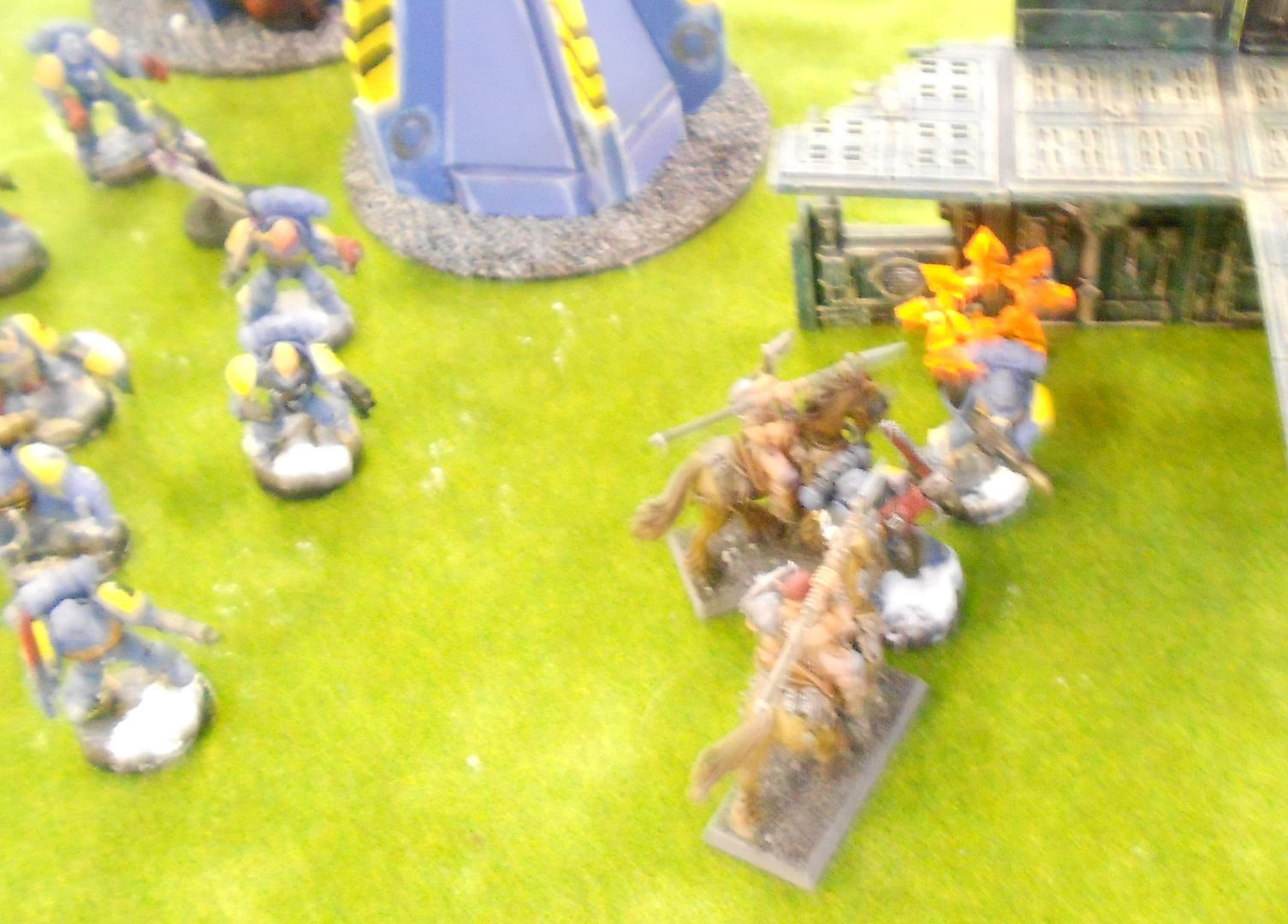 And make it into combat! 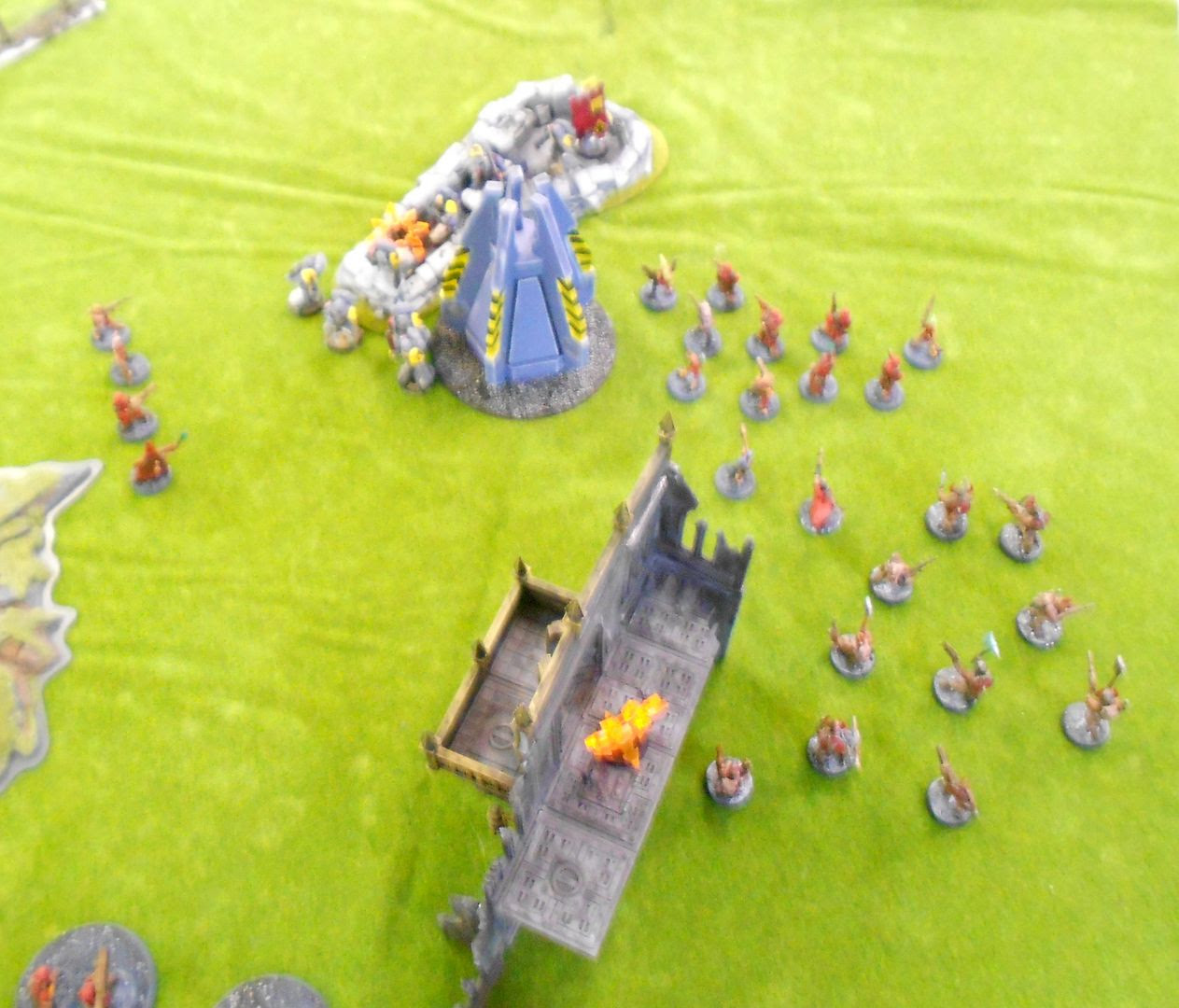 On the other side heretics gather round to pour fire into marines. 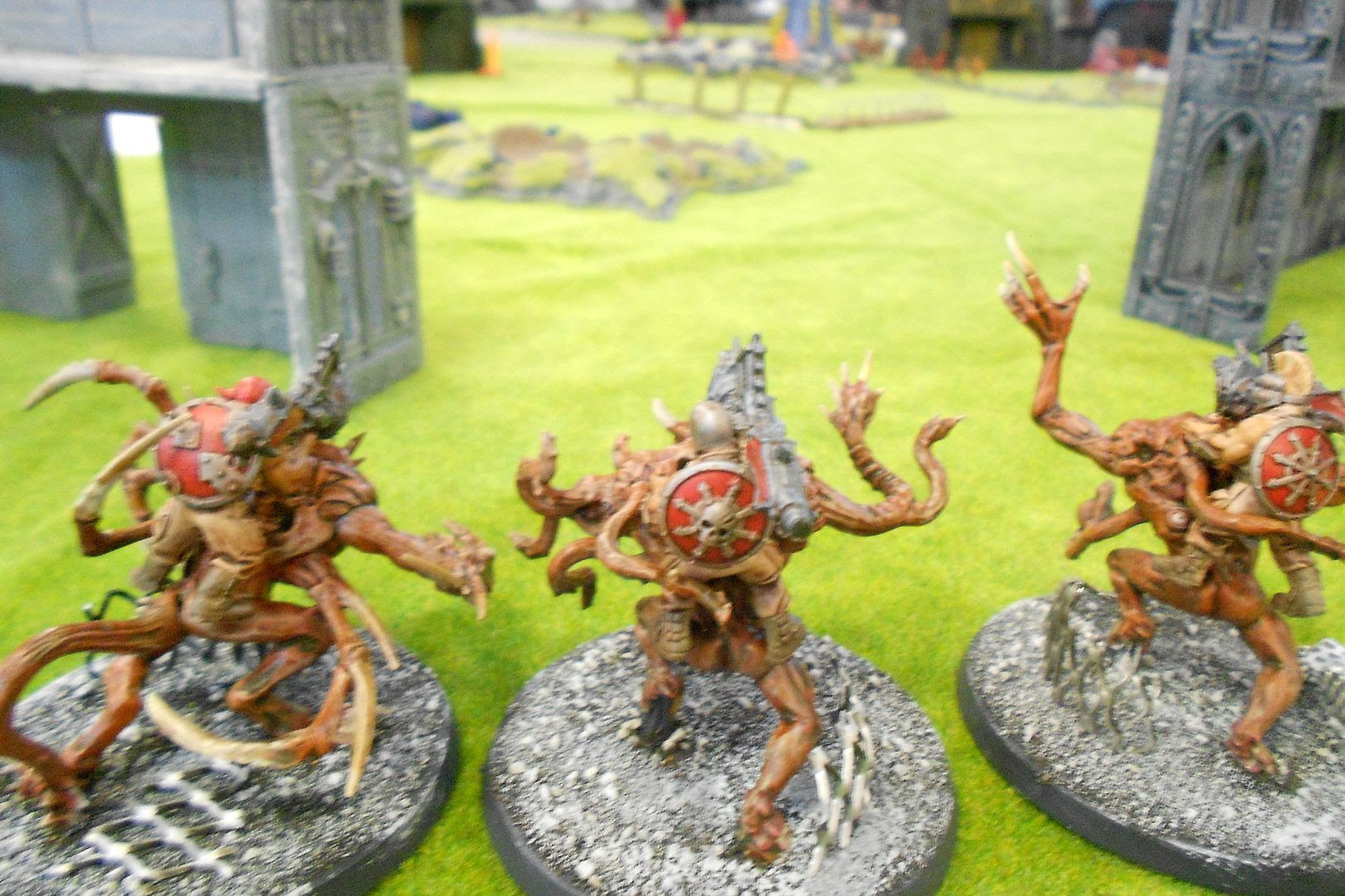 Spawn riders arrive on the flank and start pumping frag missiles across the way to help. 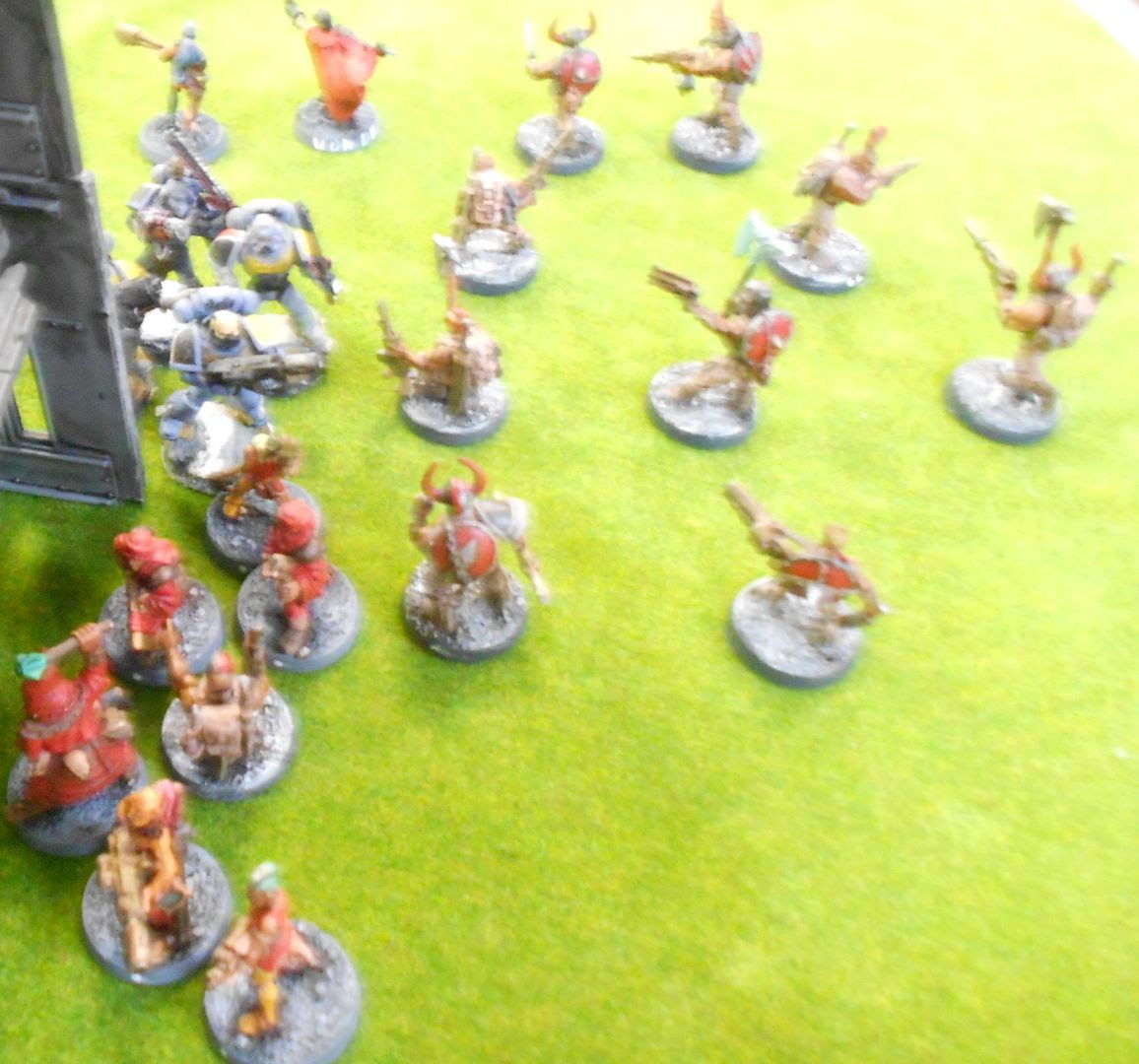 The marines survive, rout a cultist squad and manage to make an 11" charge to catch them. 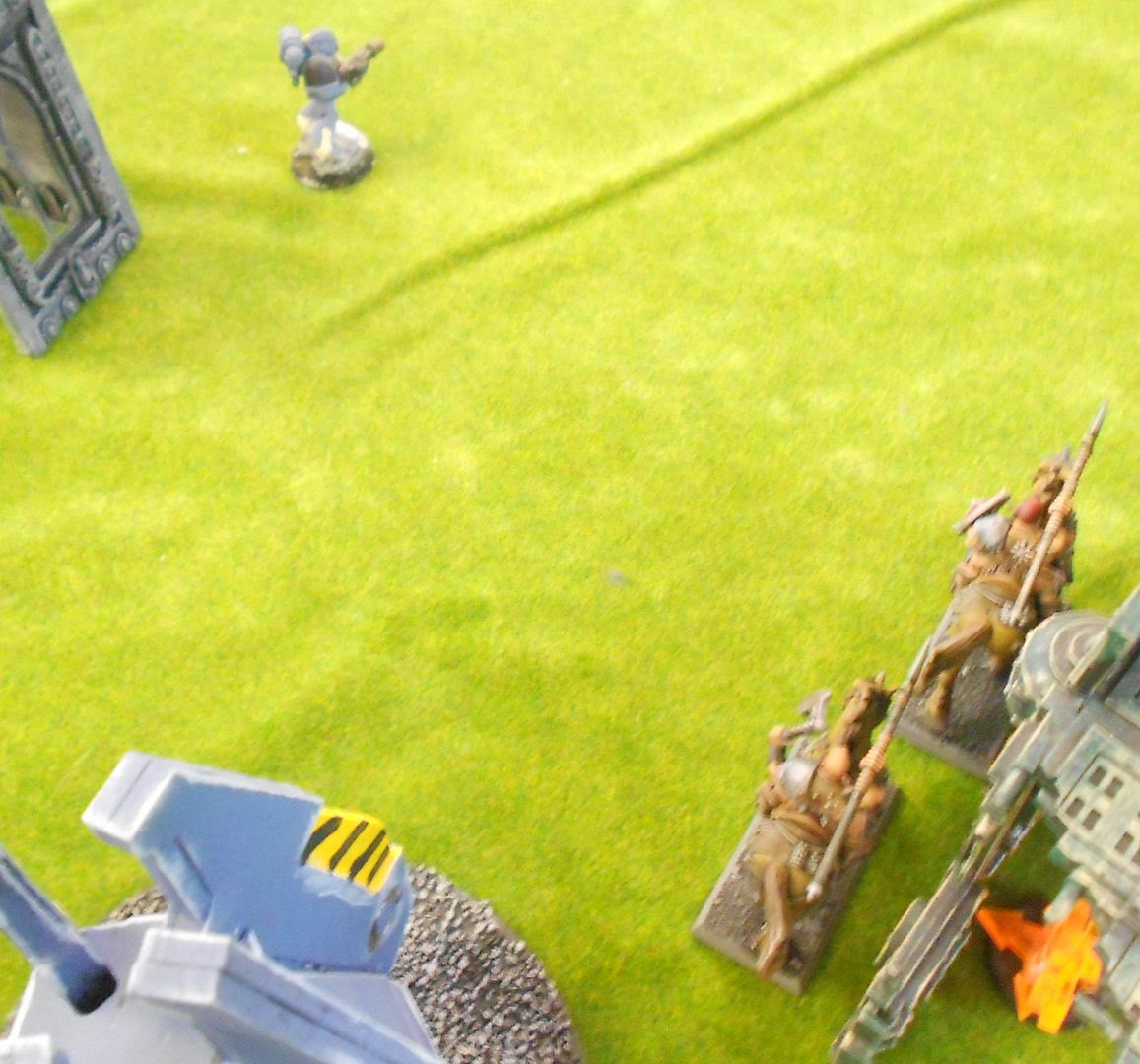 The rough riders win their combat and chase away one remaining Grey Hunter.  They follow him and charge him again, but he turns the table and dispatches them both! 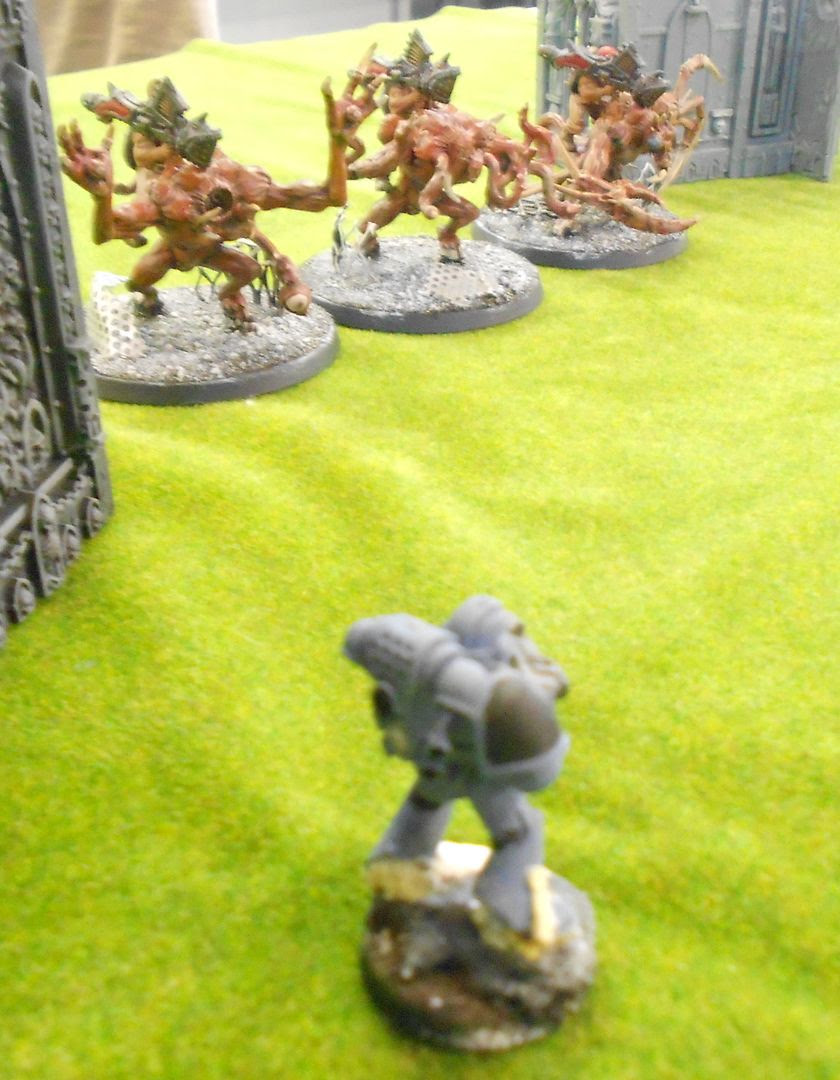 He then moves up on the spawntinels and meltas one down. 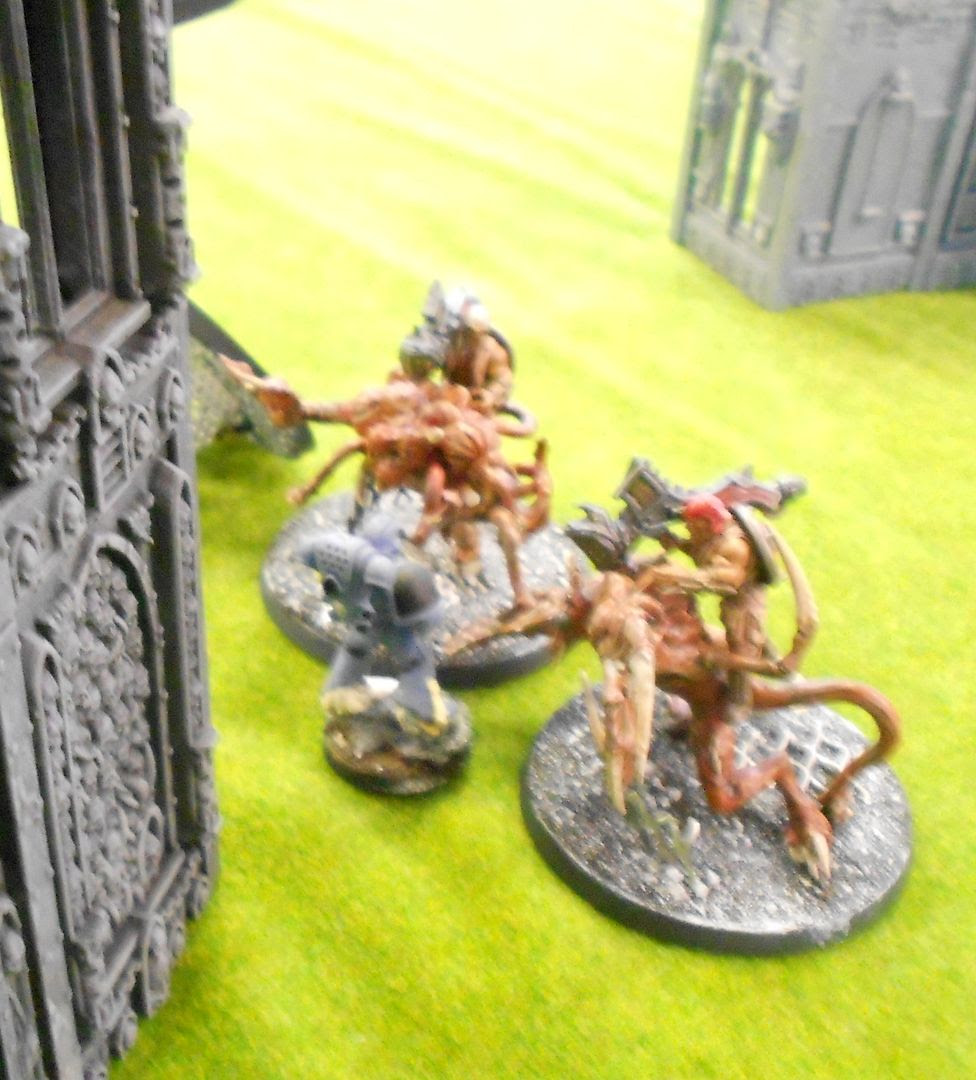 He then makes the charge and ties them up for the remainder of the game. 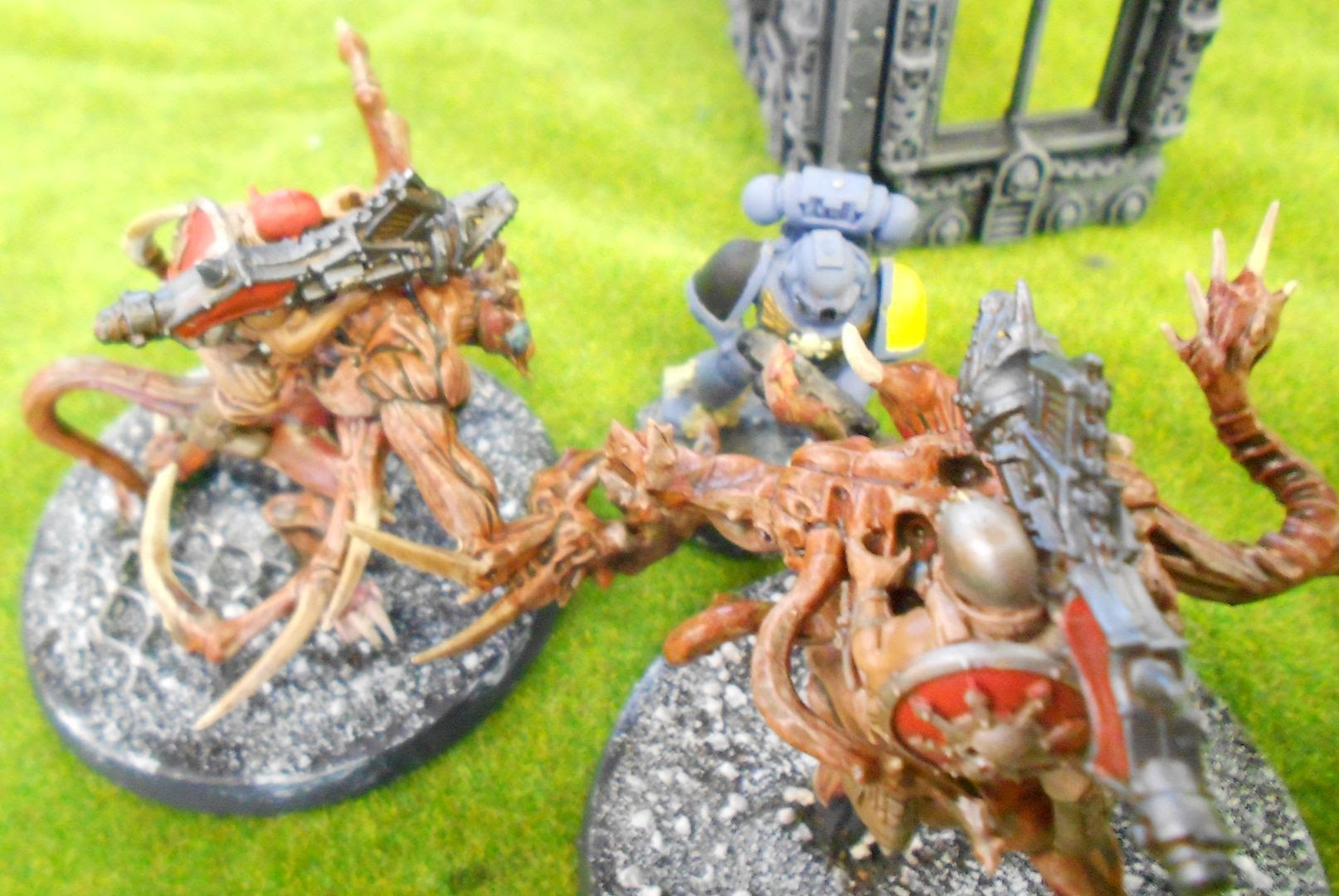 Man of the match and soon to be Wolf Guard.  Losing out on the extra missile shots for the last few turns helped make the difference.

Posted by sonsoftaurus at 10:58 PM