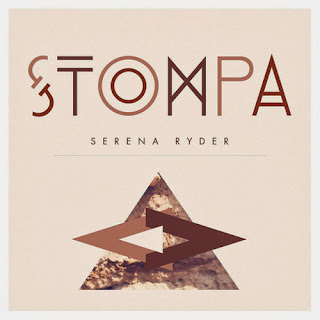 I have Stronghold Assault waiting for me under the tree.  I don't have immediate plans to get Escalation, but have almost gotten a Stompa and Baneblade a dozen times over the years.  I have no real plans to get any of the Advent dataslits (tm Jaded Gamercast).

There's a lot of screaming about all of these all over the web and on many of the podcasts I've heard. They're concerned about more power in 40K.  I agree more power is coming, but I'm not sure it's cause for concern.

I don't think they're too bad, at least from the position I'm in.  I rarely play in tournaments, and if I do I'm not too wrapped up in the outcome.  Heck, the last few months I rarely play, period.  I've always been up for easily accessible ways to play the game, even if those ways aren't ones that interest me personally.  Giant 50Kpt games of Apocalypse?  Not my bag, but I appreciate it being there.

Is all this stuff destroying 40K balance?  Yes and no.  Yes, it can be unbalanced.  No, it didn't destroy it because 40K has never really been balanced in the first place.

Here's what I see happening as this all shakes out.  We already have a historical parallel with Forgeworld, double force org, allies, and all kinds of other things.

For casual play, people will agree on what to include or not include.  People will come up with great narrative campaigns in their local groups that bring in elements of various releases as springboards for their games.  They'll have the marine player assaulting the void-shielded defenders' fortifications from their Thunderhawk in the initial mission, and later on have the defenders counterattack with their baneblade and waves of troops.  They'll use crazy stuff they all agree on and have fun.  More power to them.

For tournaments, we're going to see different organizers decide what they want to use, and what they don't.  Bigger events will have multiple events.  Some will use superheavies, some won't.  Some will put limits on how many codices you can pull from, others won't.  People who like whatever mix of restrictions and allowances will attend and enjoy.  More power to them.

You won't be able to go to every event and expect the same thing.  Heck, you can't really do that now if you branch out even a bit.  But you will likely have an even wider variety of events to choose from, with different experiences each time, instead of just rinse and repeat.  Is that really bad?

More options with more ways to play the game just puts more power in our hands - the players' hands.  Everything is optional.  We've always had the power to pick and choose, and alter the game.  These kinds of releases just give us easier common starting points.

Pull up to the buffet.  See what you like and what you don't.  Find people with similar tastes, and chow down.

More power to you.

Posted by sonsoftaurus at 9:31 PM