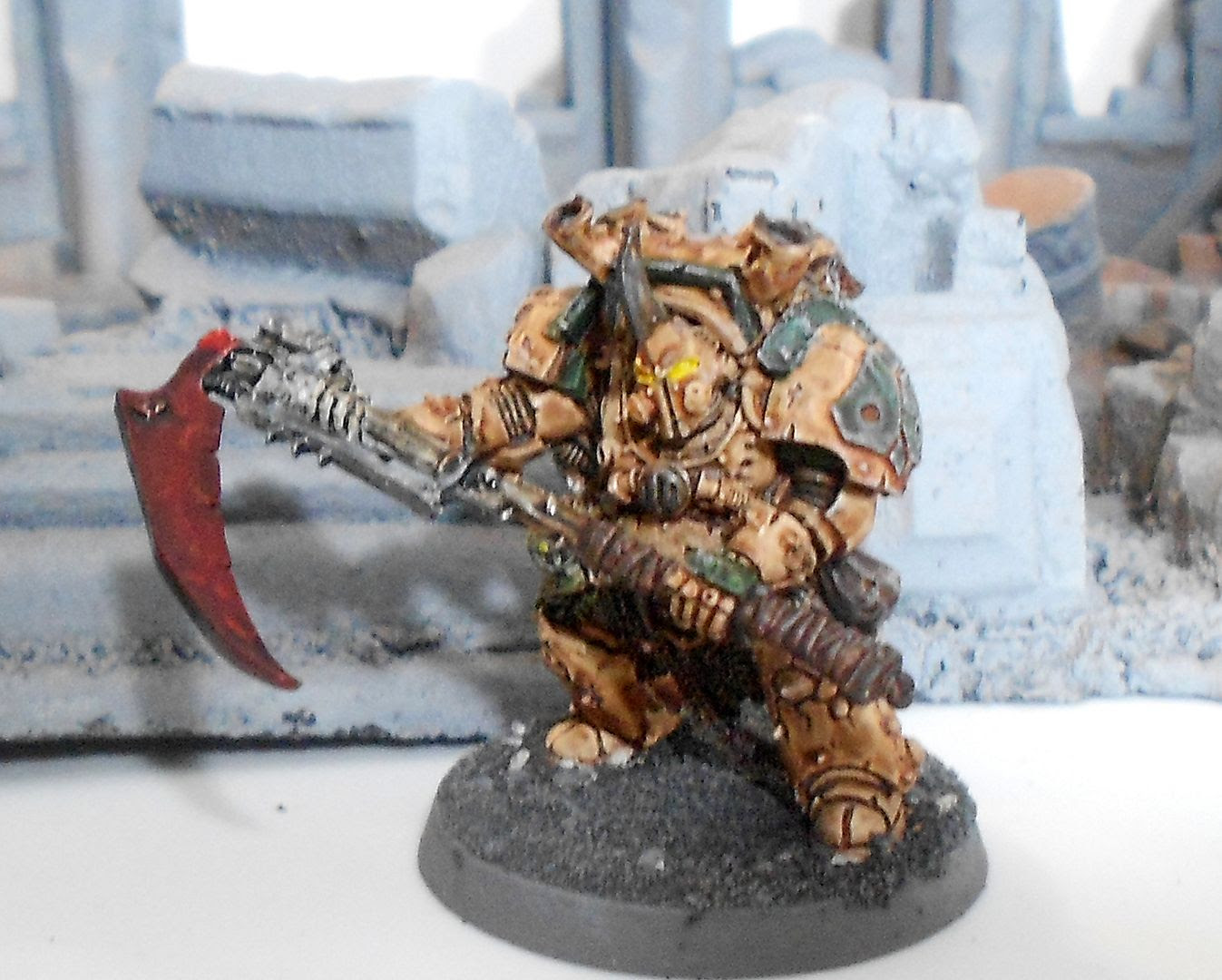 I managed to get my Nurgle marines pretty much done.  I still need to do the IG allies I plan to give them, their human "Gravedigger" auxiliaries.  Up above is everybody's favorite destroyer hive host, Typhus.  The armor was white a few thousand years ago, but it's gotten a little more "antiqued" since.  I went with red for the power weapons. Dread and spawn for potentially unfortunate champions.  I declined to do the potential Daemon Prince up at this time, but will get to him eventually.
Posted by sonsoftaurus at 9:21 PM