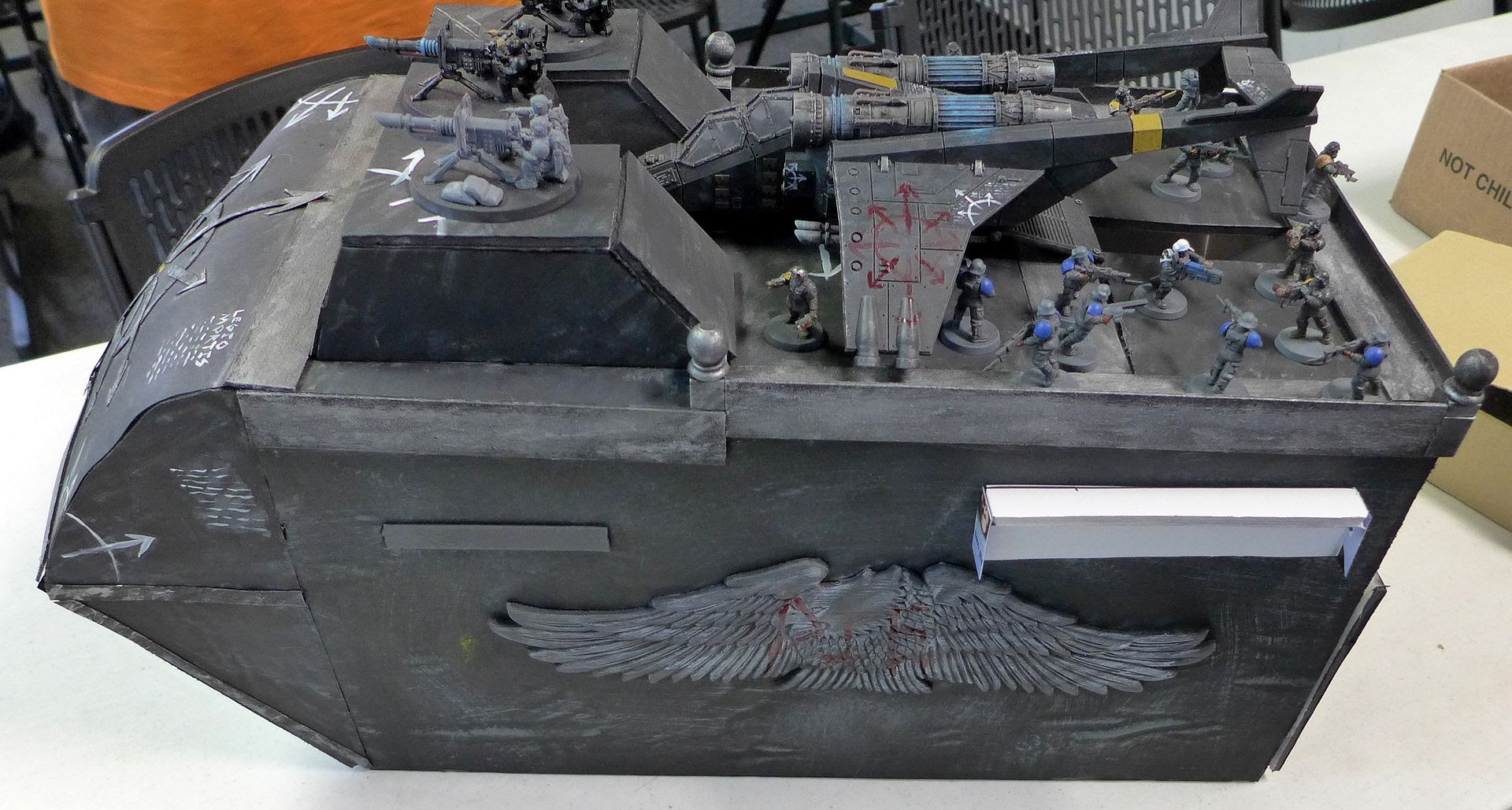 One of our local players, Solomon, has been working on a scratch-built Capitol Imperialis that he uses as an army transport.  He brought it along with his Chaos guard force for our new league.  It's still a work in progress, with various weapons and such still to be added. 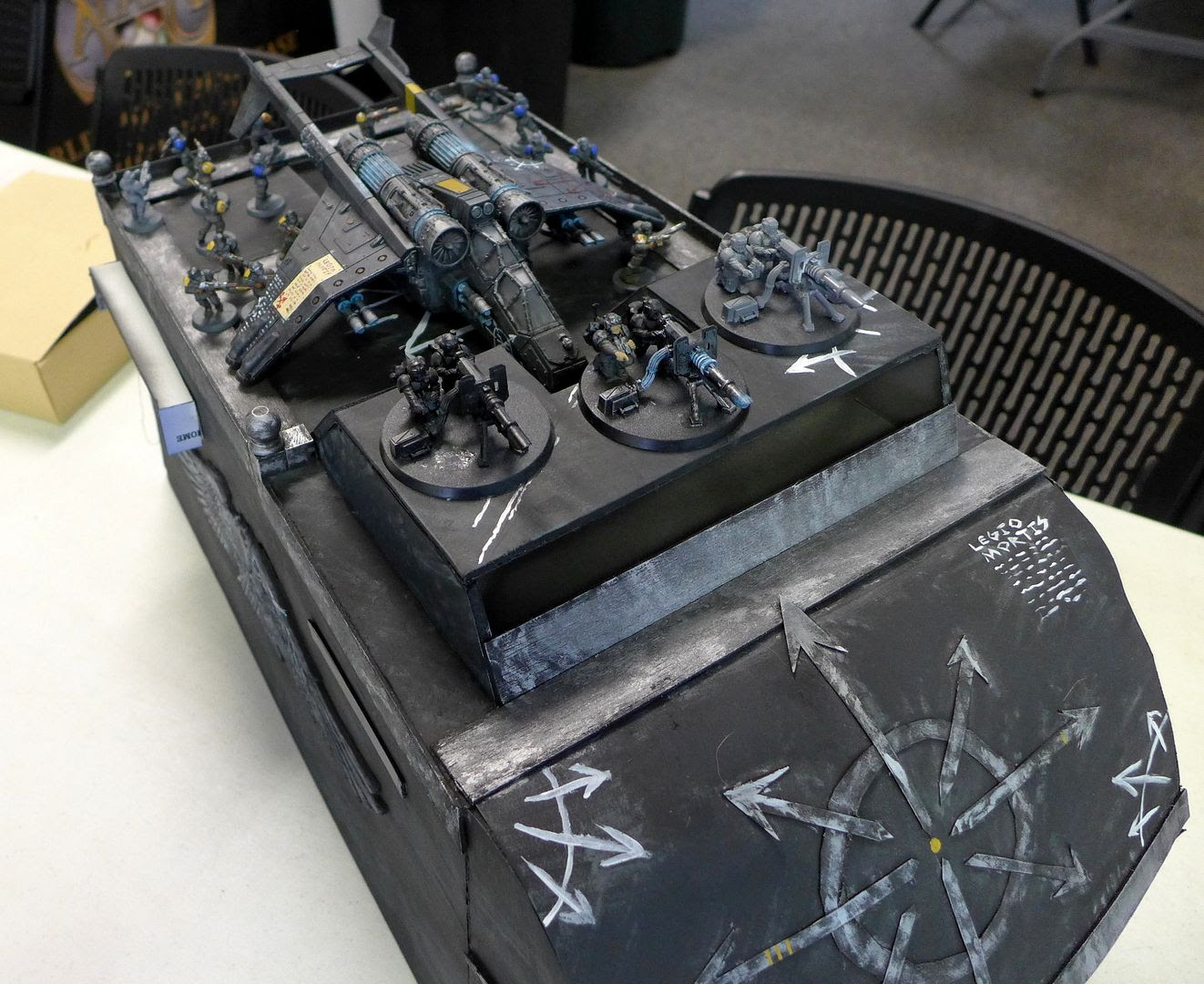 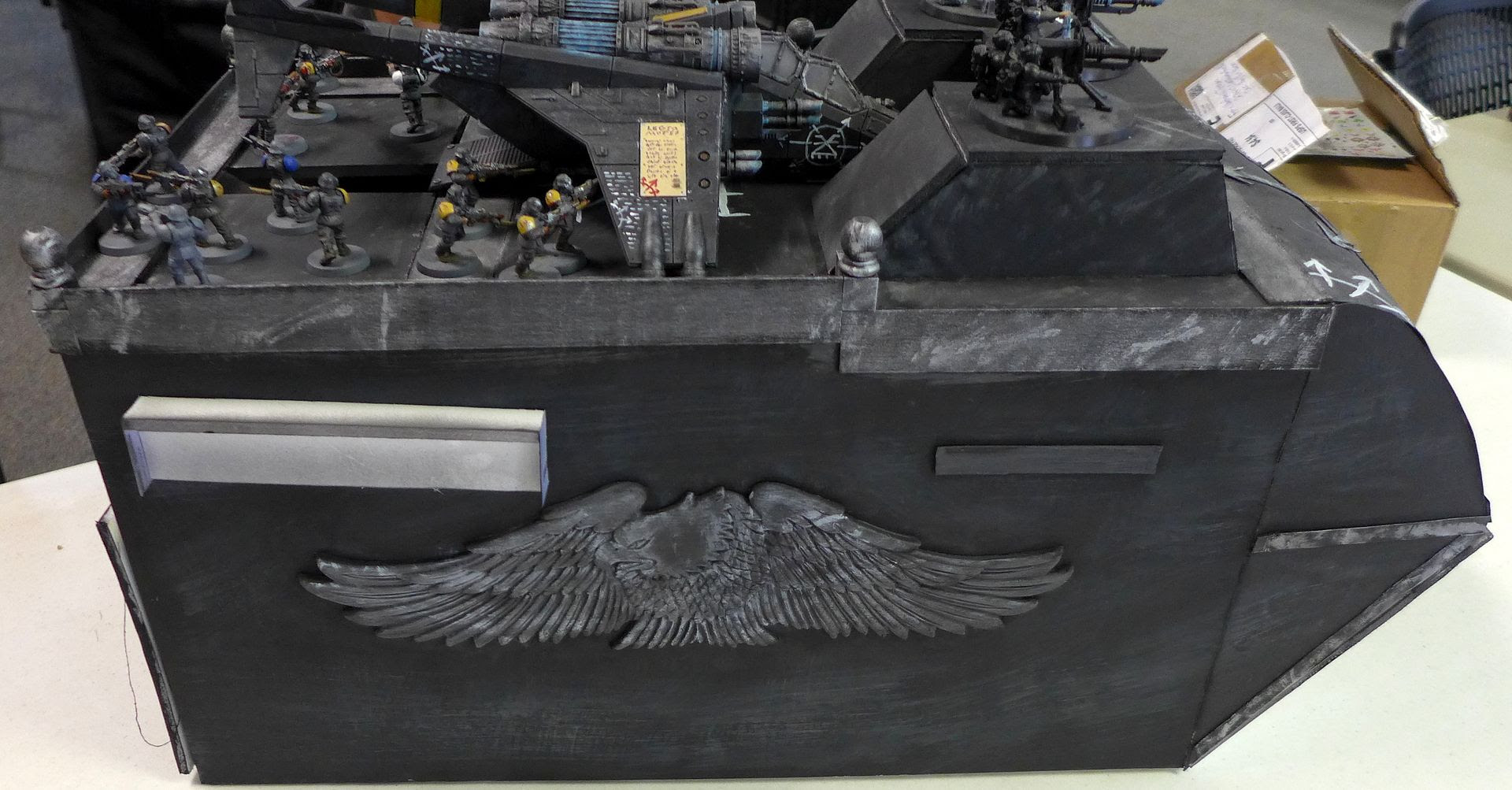 I brought the Endless Ones and got in a game with James' Grey Knights/Inquisition and with a new player Jason's Space Wolves.  Good times, but unfortunately my camera battery died near the end of the first game, so no pics of the second.  Some pictures of my and other early games:

Posted by sonsoftaurus at 9:08 AM