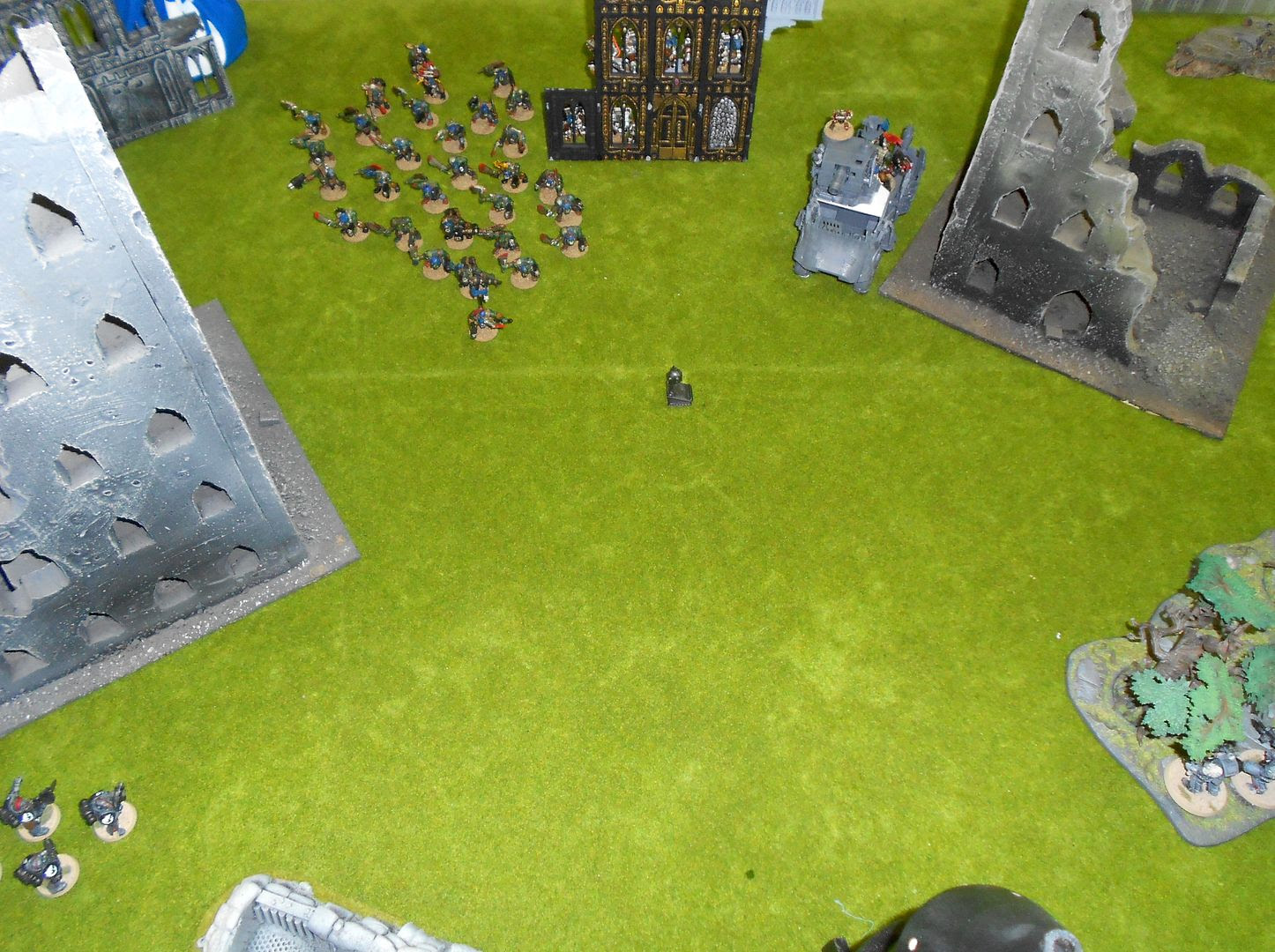 Got my week 2 league game in with Leonard and his Orks on Saturday.  1000pts still, Relic, Dawn of War deployment.

I made a number of mistakes this game, which I payed for.  First of all I mistakenly thought we were still doing Emperor's Will, so my terrain placements were done based on that.  Important to know these things!

My tactical combat squad can be seen on the left, one termie squad on the right in the woods, other two termie squads and Belial deep striking in.  Orks have full loota squad, 30 boy squad, tooled up warboss/nob squad in battlewagon. 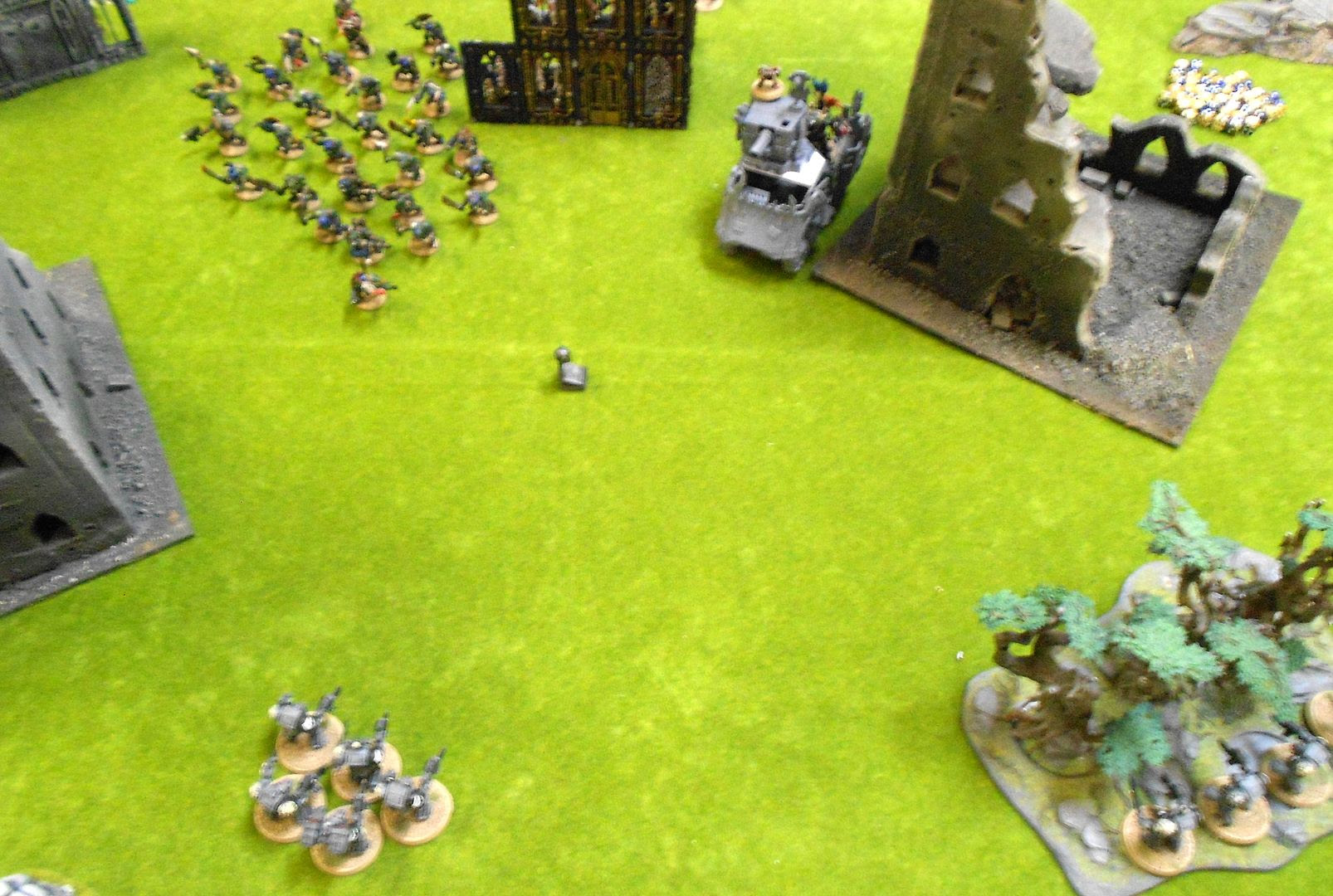 Orks move towards the relic, terminators teleport in.  One squad up front to shoot incoming orks. 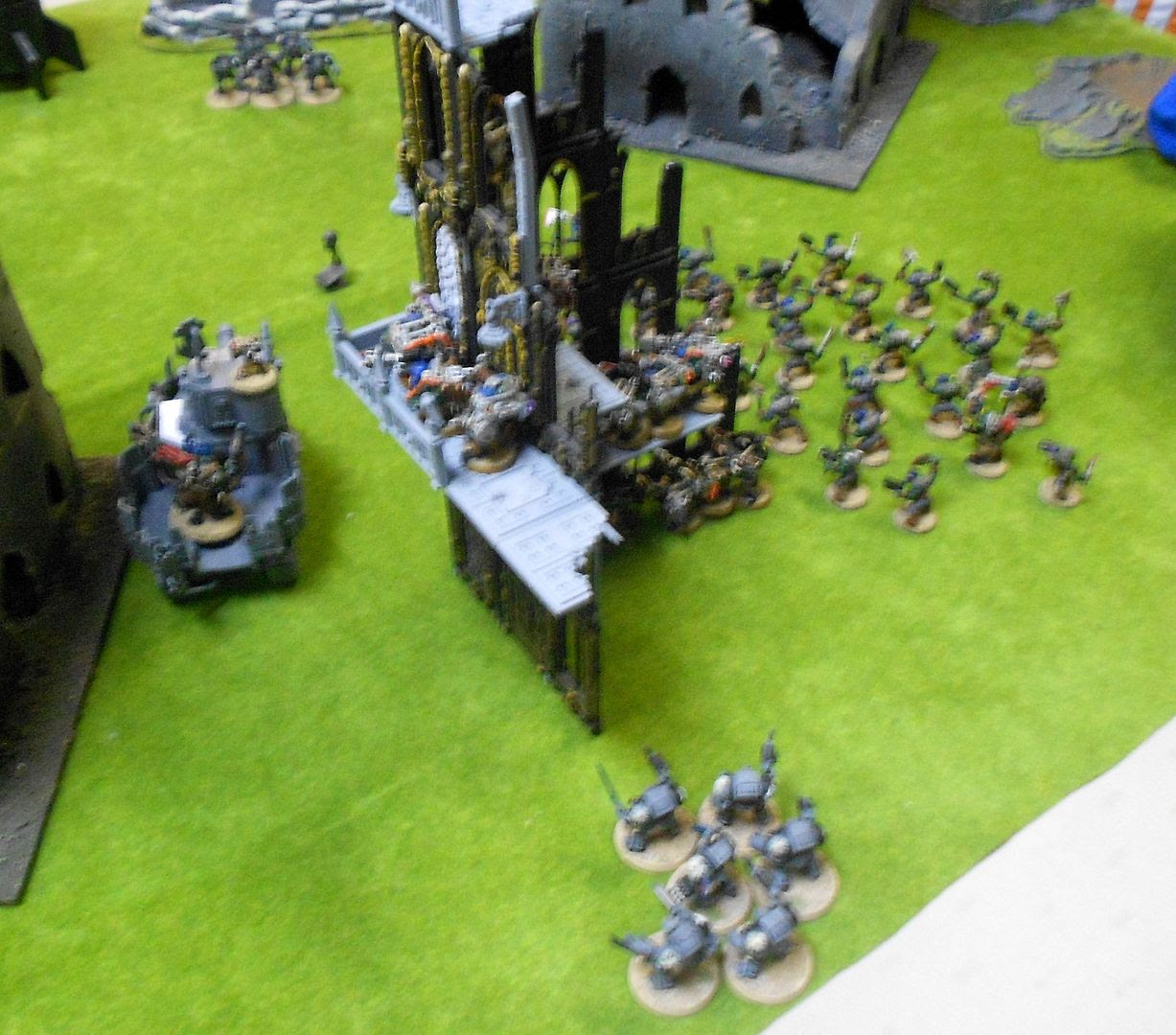 The other squad with Belial in the back, to shoot rear of battlewagon and lootas and pull units away from the relic.  Another mistake - really need to just keep all the terminators together.  Also didn't help that I rolled a 12 on the split fire check, and lootas made enough gone to ground 6+ saves to avoid morale checks.  Missile fire from another terminator squad immobilizes the wagon. 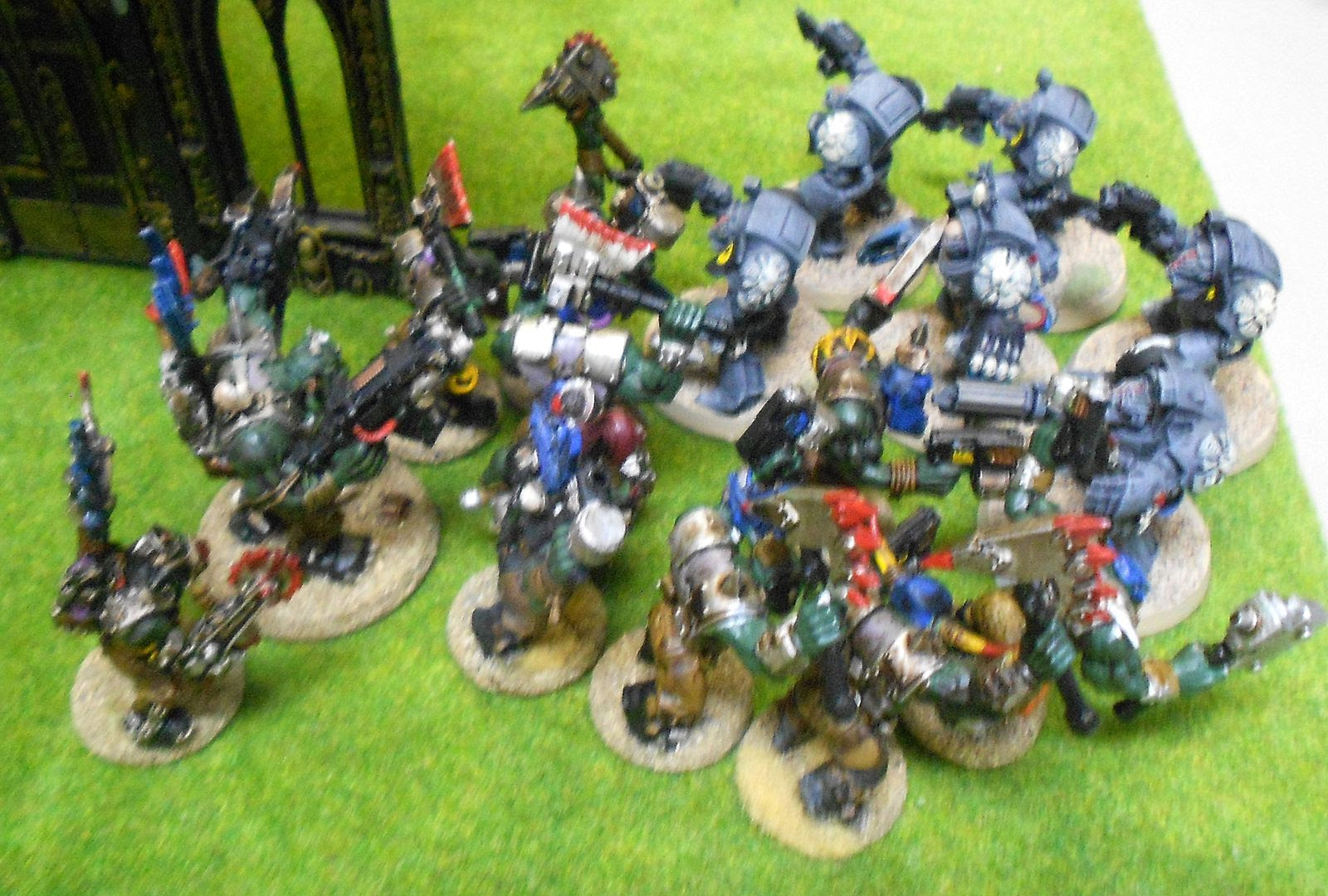 Nobs and warboss jump out and assault the terminators behind them.  A few on each side go down.  Next turn the warboss crushes Belial and the remaining terminators go down. 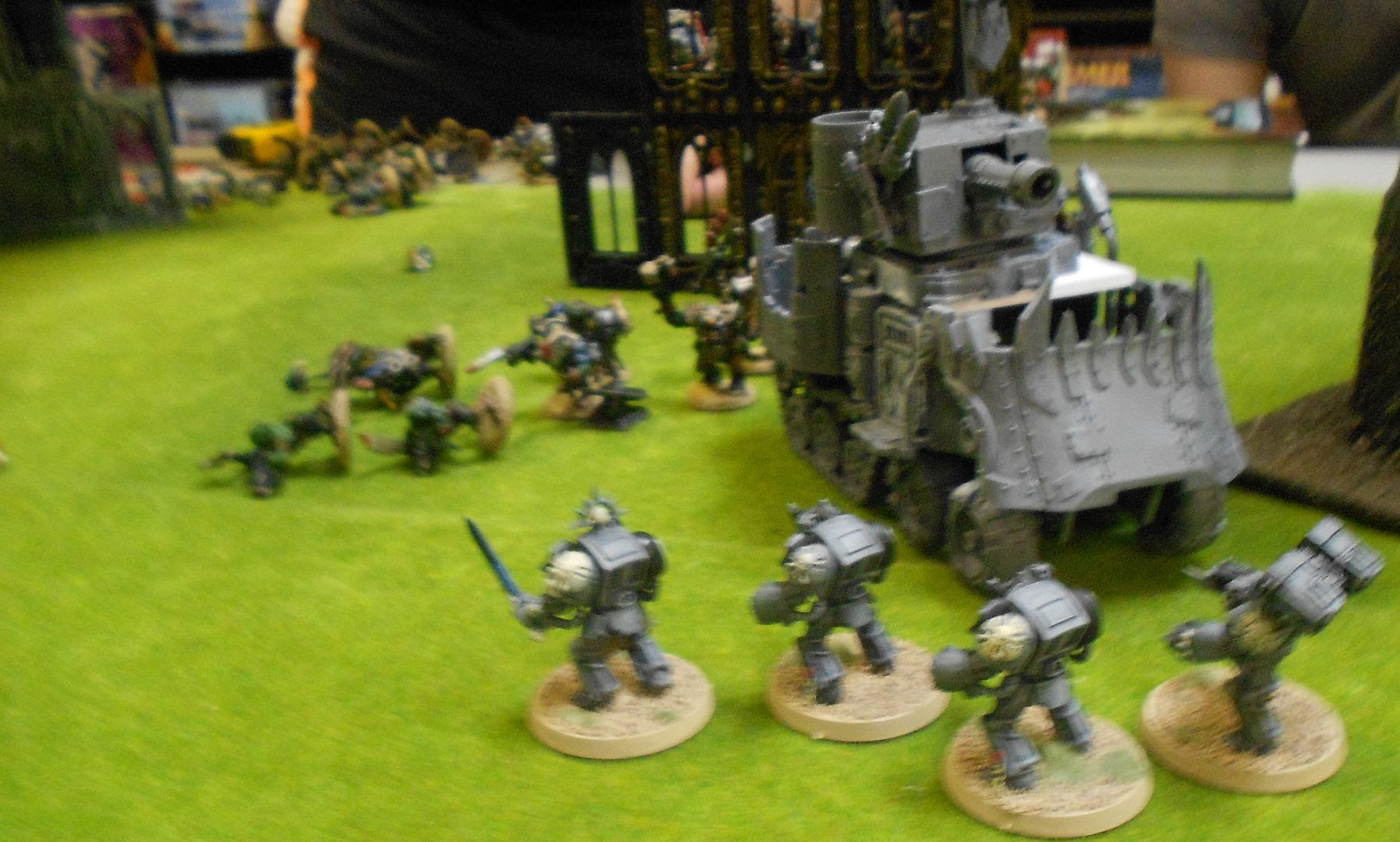 Later on - nobs moving up, as are other terminators.  Wagon repaired due to grot riggers.  Boy mob reduced to two models, but they keep making morale and jump into the wagon. 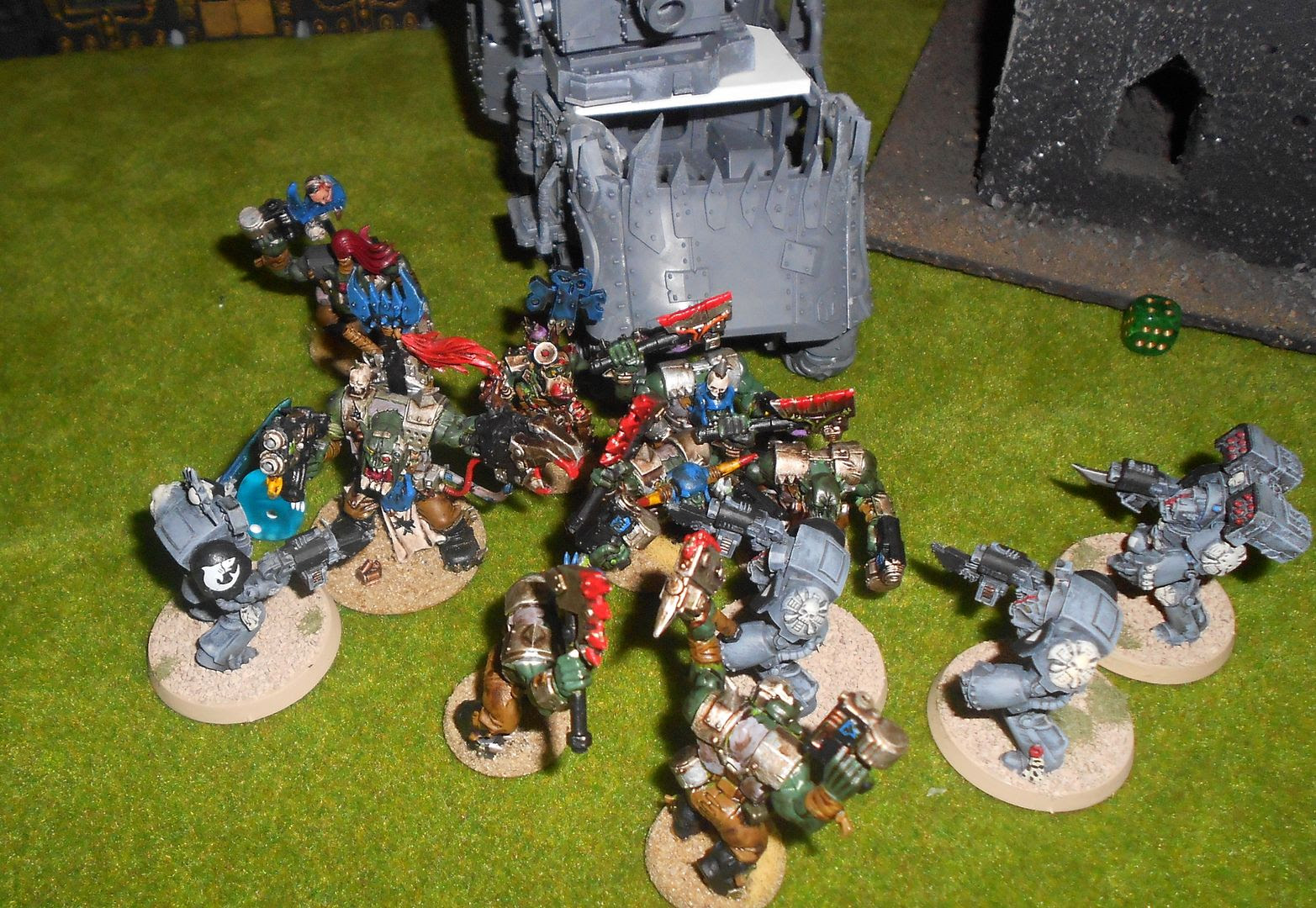 Nobs and terminators mix it up; terminators lose.  There's a little after this as my tac squad tries to take out the wagon and gets it down to one hull point but fails to destroy it and the relic-holding guys inside.  Victory orks!

Lessons learned - make sure you're right about what the mission is before you start, and bring twelve powerfists to each fight instead of four.
Posted by sonsoftaurus at 1:48 PM